Angels With Filthy Souls may not be an actual flick, but the faux film noir is as iconic as the 1990 movie in which it appears.

Giving Home Alone one of its most popular lines — “Keep the change, you filthy animal” — the gangster picture that helped Kevin McCallister (Macaulay Culkin) pull off a few ruses paid homage to an actual film, Angels With Dirty Faces, which was released Nov. 26, 1938.

To celebrate the probable anniversary of the faux classic, Home Alone cinematographer Julio Macat details how Angels With Filthy Souls was created — a job so well done, even stars noted they believed the gangster picture was the real deal (“My entire childhood, I thought the old-timey movie that Kevin watches in Home Alone … was actually an old movie,” Seth Rogen previously said via Twitter).

“We really wanted to do an homage to the movie [Angels With Dirty Faces], but we really didn’t watch it a lot,” Macat explains. “We just wanted the feel of a classic gangster film.” 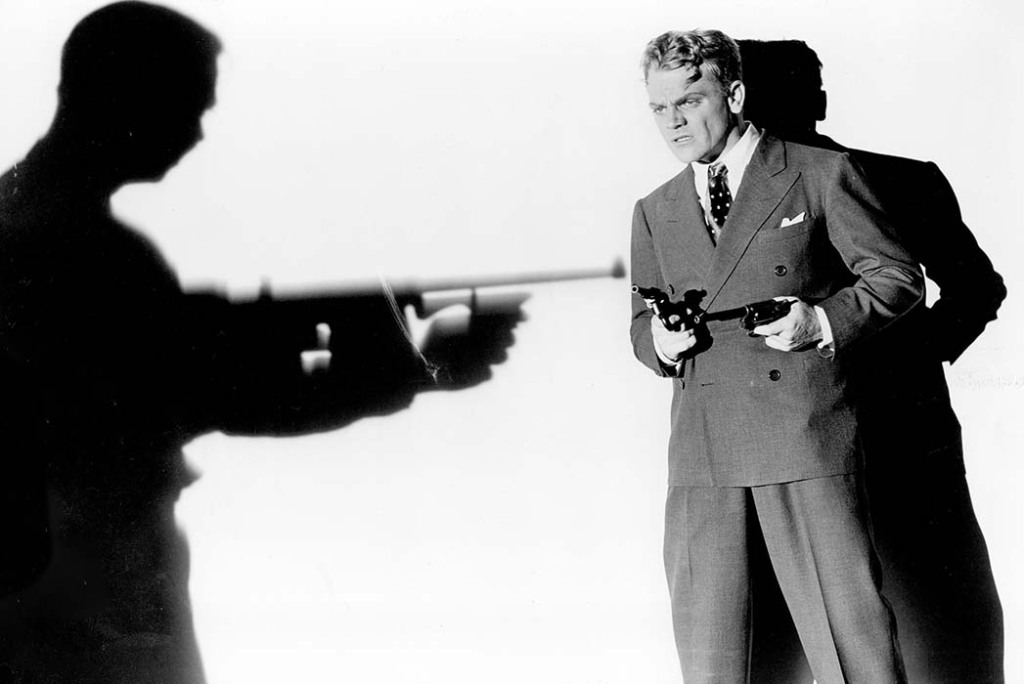 “What really helped was being in Chicago and having those theater actors,” Macat says of re-creating that bygone era. The late Ralph Foody played the hard-nosed Johnny, whose Thompson “Tommy” submachine gun was only overpowered by his maniacal laughter. Michael Guido played Snakes, who while seeking his “dough” met an untimely end via a countdown cut short. Foody died in 1999 at the age of 71.

“I could tell that [Foody] came from the theater because he was larger than life,” says Macat, who notes Home Alone was his first feature as a cinematographer and Angels was filmed on the last day of preparation before production. “We shot that whole thing in one day. We did it quickly.”

It was Macat’s idea to shoot the faux film in the style of the late ’30s — which means it fell on him to make it happen. “I got some very slow ASA black-and-white film from Kodak, which means you have strong lights to get exposure. You need three or four times more light than normal to expose the film,” he recalls. “Then there was the strong backlighting, smoking up the room and having the shutters with the classic noir style. I used double fog filters, and I tried to match the camera lenses. I used a little netting material in front of the lenses to blow out the highlights even more.”

Angels With Filthy Souls was shot inside a little library in Lincoln Park. And Macat says it was a particularly cold day and the building did not have a heater. “I was thinking, ‘Thank God for the hot lights,'” he says.

The seasoned cinematographer — who has 40 films to his credit, but Home Alone remains his favorite — recalls the submachine gun being intimidating, at least to everyone but Foody. “The way that he handled the gun, he just went full force with it,” Macat says, chuckling. “I don’t remember having to add any fire flashes in front of the gun. And it was super loud, which made everything better because it was scary. We were safe, but it was scary.”

Macat returned as cinematographer for Home Alone 2, which included another installment of the gangster series: Angels With Even Filthier Souls, again starring Foody. “I once said jokingly to Chris, ‘Dude, write the script for Angels With Filthy Souls. I want to shoot that movie!'”