Bobby Rubio’s Pixar short film Float follows a Filipino American father who discovers that his son is different — he can float — and aims to conceal the child’s ability; it’s based on the filmmaker’s relationship with his son, who is on the autism spectrum. “It’s about me dealing with that — I was in a very dark place, like the father — and him coming to accept his son for who he is.

“Originally the family was white,” Rubio admits, adding, “marketingwise, I thought the lead character had to be white.” But that wasn’t the message he got when he pitched it to the studio. “They asked, ‘Why are the characters white? This is a story about you and your son. The characters should be Filipino.’ I was so grateful that they went there.”

A Pixar story artist with credits including Toy Story 4, Rubio is among the directors of recent films in the studio’s SparkShorts program, which has given a voice to a diverse group of storytellers, among them recent Oscar winner Domee Shi (2018’s Bao), who is making a feature for the studio next.

Both Disney-owned Pixar and rival Netflix are embracing shortform filmmaking as an incubator and pipeline for talent from previously underrepresented groups.

Pixar’s SparkShorts canon also includes Korean American Edwin Chang’s Wind, which follows a Korean grandmother and her grandson trapped in an endless chasm until the family matriarch comes up with a plan to help him escape to a better life. “Wind is inspired by my grandmother,” explains Chang, whose credits include Inside Out and Soul. “When the Korean War started, [my family] fled … not realizing that when they left behind my grandfather, it would be the last time they would see him.”

Wind and Float are finding a wider audience than a short typically would, thanks to streaming platform Disney+. Without this platform, says Rubio, “I don’t know if it would have touched as many people as Float did.”

Netflix, which has been beefing up its animation offerings, is also producing a growing number of shorts from a diverse group of filmmakers while making them available on the streaming service. Recent titles include Cops and Robbers. Directed by Timothy Ware-Hill and Arnon Manor and with Jada Pinkett Smith among its executive producers, it is based on Ware-Hill’s self-recorded poem in response to the killing of Ahmaud Arbery.

Canvas, the passion project of Black animator Frank Abney, centers on a Black family in which the grandfather has suffered a loss and can’t find his creative spark; it’s mostly computer-animated, with two sequences that are hand-drawn. “I don’t see a whole lot of Black characters in animation,” says Abney, who recently worked on Pixar’s Soul. He says that nearly half of Canvas‘ animators were Black. “It was important to have that representation, not just on the screen but behind the film as well.” 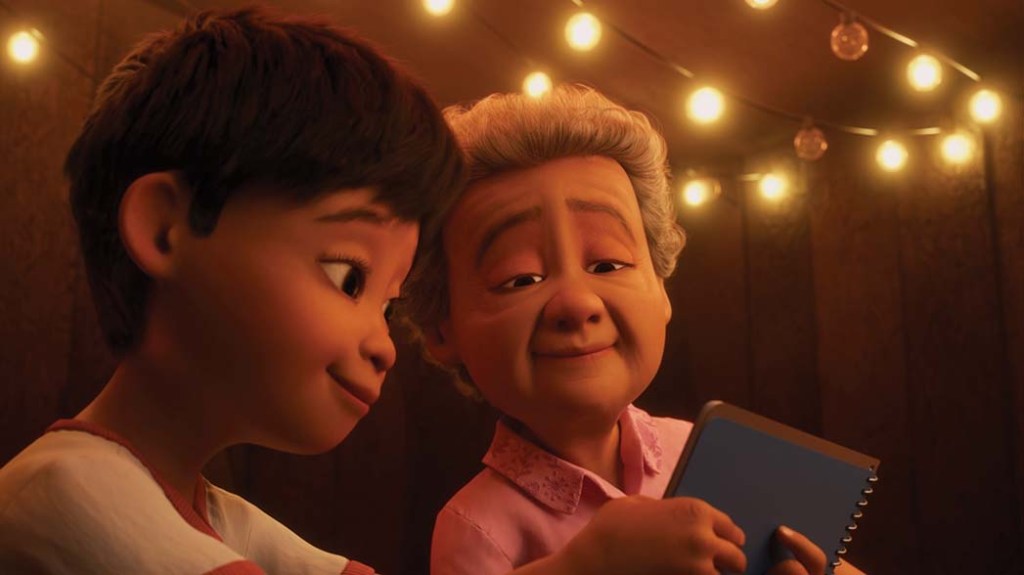 Abney, who is set to direct a Netflix feature, continues to promote inclusion as a founder of Rise Up Animation, which aims to reach artists of color who are trying to break into the business. “I know when I was coming up, this idea of working in the industry seemed like such an unattainable thing. We just want to bridge that gap and try to help with linking people up.”

Cops and Robbers began when Ware-Hill shot a video of himself reciting his poem while jogging, which Manor saw on social media. “Our idea was to divide the poem up to different artists to interpret different sections of the poem,” Ware-Hill says, explaining that they intercut the jogging video with the final animation. More than half of the artists were Black, and the production involved both students and professional artists from studios around the world, each using their own style of animation, from CG to stop-motion.

“Many of the Black artists brought their personal experience to their segments to tell this important story about police violence here in America against Black people,” says Ware-Hill. “We still have work to do, and the allyship from all the partners says we don’t have to do this alone. Together, we can make this change happen.”