Director and co-writer Kirk DeMicco says he wanted to make his upcoming animated feature Vivo an “unapologetic musical” during a Monday session at the Annecy International Animation Film Festival. The voice cast is led by Lin-Manuel Miranda, who also wrote the film’s original songs.

“It’s a musical about music, so we wanted everything — every piece in the design — to have this lyrical quality,” he says of Vivo, which was produced by Sony Pictures Animation and debuts this summer on Netflix. “You can see it through the music numbers and the musical styles that we were able to achieve.”

DeMicco, who was Oscar-nominated for The Croods, notes that the team used “all the tools in the toolset” from character design to camera to lighting. Two-time Oscar winning cinematographer Roger Deakins (Blade Runner 2049, 1917) serves as the film’s visual consultant. The respected DP previously consulted on animated movies including DreamWorks Animation’s How to Train Your Dragon.

'What We Leave Behind' Review: A Filmmaker's Lyrical and Gripping Tribute to Her Grandfather

Vivo follows a kinkajou, voiced by Miranda, who spends his days playing music to the crowds in a lively Havana square with his beloved owner Andrés, voiced by Juan de Marcos González. But when tragedy strikes shortly after Andrés receives a letter from the famous Marta Sandoval, voiced by Gloria Estefan, inviting her old partner to her farewell concert in Miami with the hope of reconnecting, it’s up to Vivo to deliver a message that Andrés never could: A love letter to Marta, written long ago, in the form of a song.

To get to Miami, Vivo teams up with a energetic tween named Gabi, voiced by newcomer Ynairaly Simo, who was previewed on Monday with the release of a new first look image from the film (above).

Monday, as part of the Annecy program, Netflix previewed additional projects including animated features Back in the Outback (newly released image below) and Centaurworld, for which Netflix debuted a new trailer (embedded at the bottom of this post). Scheduled to premiere July 30,  Centaurworld  was created by Megan Nicole Dong and follows a war horse who is transported from her embattled world to a strange land inhabited by silly, singing centaurs of all species, shapes and sizes. 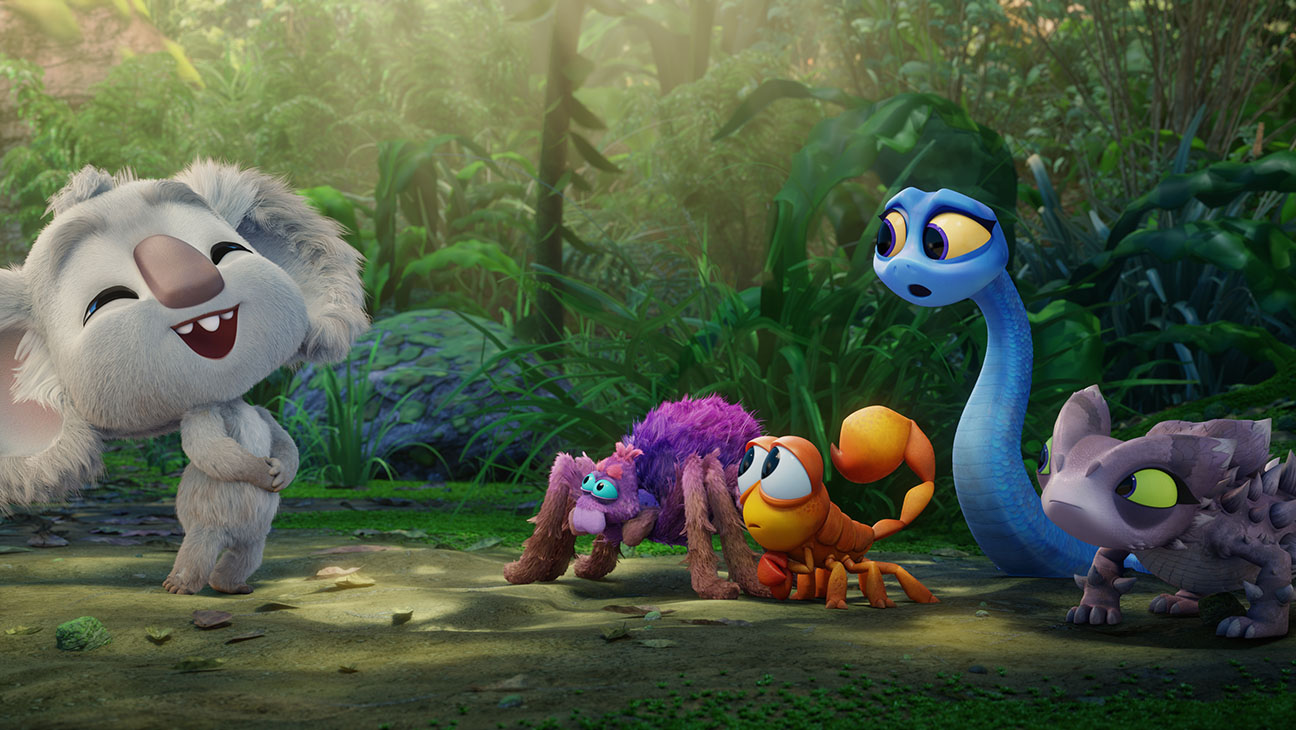 Leading the group is Maddie, voiced by Isla Fisher, a poisonous snake with a heart of gold, who bands together with a self-assured Thorny Devil lizard (Miranda Tapsell), a lovelorn hairy spider (Guy Pearce) and a sensitive scorpion (Angus Imrie). But when their nemesis, Pretty Boy (Tim Minchin), a cute but obnoxious koala, unexpectedly joins their escape, they have no choice but to take him with them as they are pursued by zookeeper Chaz (Eric Bana) and his adventure-seeking mini-me (Diesel Cash La Torraca).