It’s a blink-and-you’ll-miss-it debut, but the first trailer for this summer’s Ant-Man and the Wasp debuted one of the movie’s antagonists, the Ghost — a character so in tune with the times that it just might become the Marvel Cinematic Universe’s next breakout character.

The movie Ghost is already guaranteed to have some differences from its comic book inspiration — if nothing else, the character will be played by Ready Player One and Tomb Raider’s Hannah John-Kamen, while the comic book Ghost is male.  But the original character is one who easily fits into the Ant-Man movie ethos, despite coming from Iron Man comic books, thanks to the guiding principle: All corporations are unethical, and must be destroyed.

To be fair, that wasn’t always what the Ghost was about. When he first appeared in 1987’s Iron Man No. 217 — created by David Micheline and Bob Layton — the Ghost was a little bit more confused in his aims. Sure, he had an internal monologue that actually included the words, “I must destroy this company! I… neeeeeded to!” but he would, just one issue later, be revealed to be a particularly dedicated corporate spy who was happy to accept payment from one corporation to dismantle another. In his defense, his costume was a high-tech suit of armor that allowed him to become intangible and invisible — hence the name — and those tend to be pretty pricey in terms of upkeep. 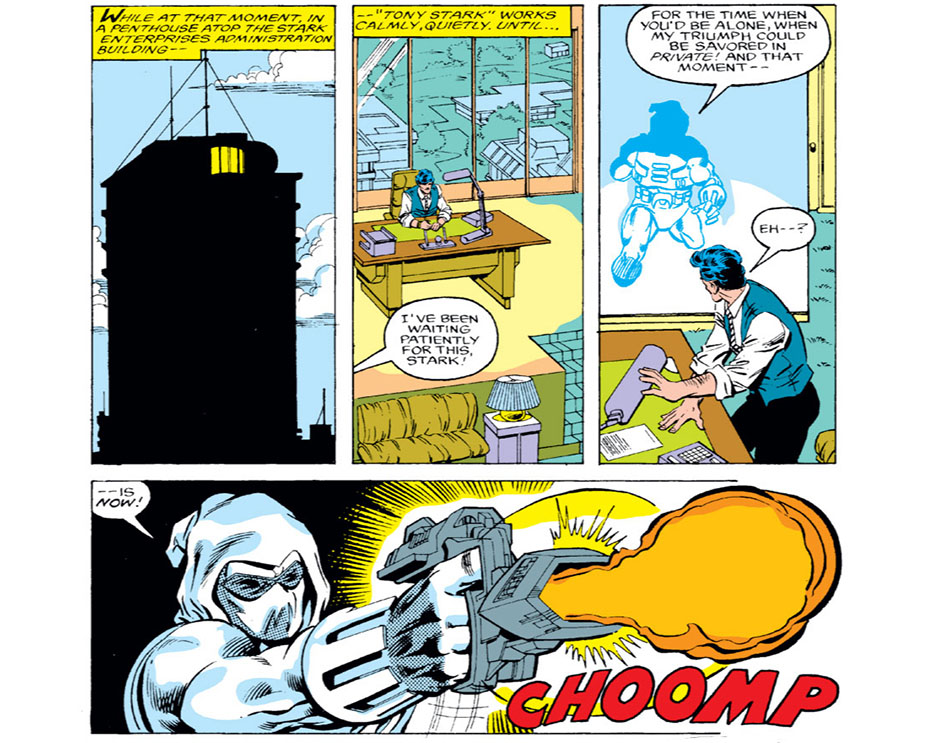 Although the Ghost had a reasonably successful run as a generic supervillain throughout the late 1980s and early ‘90s, the character received a dramatic makeover in both visuals and attitude in 2006, when reappearing as part of the Thunderbolts comic book series. Under the guidance of writers Andy Diggle and Jeff Parker, the new-style Ghost was newly paranoid, newly political — specifically, violently anti-capitalist and dedicated to the destruction of all corporations — and, curiously enough, newly unclear about whether or not he was even really human anymore.

Part of that was down to the fact that the Ghost was rarely, if ever, seen out of a costume that obscured his entire body, but a newly revealed origin story suggested that he was part-cyborg as the result of a failed murder attempt while he was hooked up to multiple computer systems. What was far more clear was the increased focus of obsession the Ghost had for his mission: After Tony Stark explained that his business interests were far smaller than they were previously, the Ghost simply decided that small businesses are fine and Stark wasn’t worth hunting down anymore. Massive corporations, very specifically, were the enemy — and everything else was not worth his time. 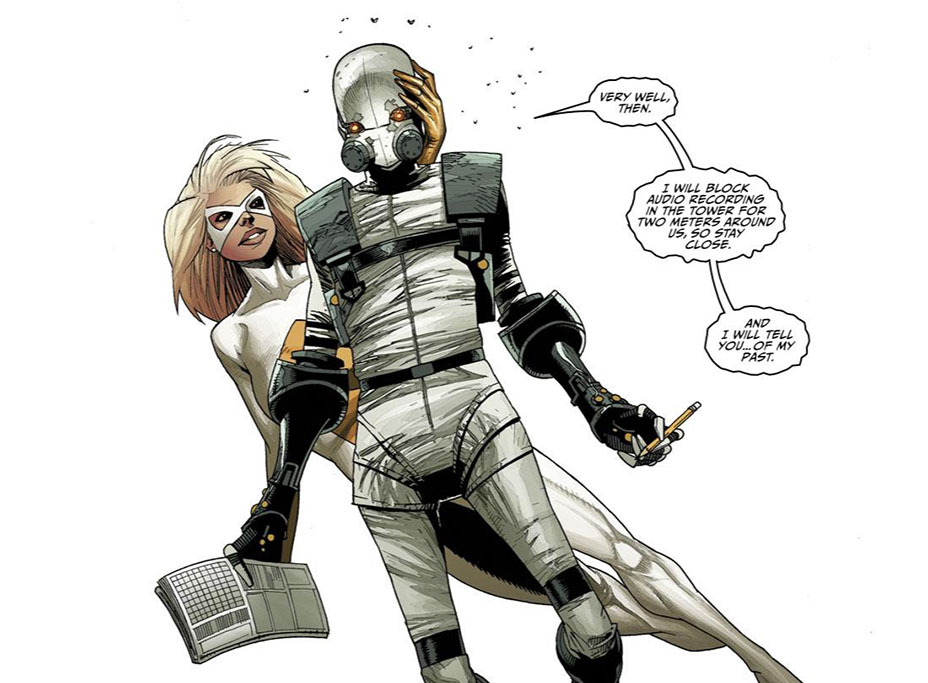 This attitude makes the use of the Ghost in Ant-Man and the Wasp a sensible one on one level; it is, after all, the sequel to a movie where the central plot focused on the control of a tech company and the abuse of its intellectual property. Given that the new pic will also introduce Walton Goggins as Sonny Burch, another villainous comic book CEO — and another villain from Iron Man comic books, curiously enough — as the film’s primary threat, it only makes sense that a character dedicated to ending corporate power structures would be involved.

The question is, will the Marvel Cinematic Universe Ghost definitely be a villain? More to the point, regardless of whether they’re intended to be a bad guy, will an audience suspicious of corporate interests and “big money” treat them as one, as long as they try to take down the rich guys?

Ant-Man and the Wasp is set to open July 6.

First 'Ant-Man and the Wasp' Trailer Is Double the Fun