Anthony Powell, the extraordinary British costume designer whose résumé included a pair of Indiana Jones films for Steven Spielberg, Tess and three other features for Roman Polanski and a trio of Academy Awards, has died. He was 85.

Powell died Friday, veteran Broadway costume designer Scott Traugott reported on Facebook. “We have lost a brilliant designer, a true gentleman. I was so honored to follow in his shadow on many productions. A light has dimmed in our universe,” he wrote.

The Costume Designers Guild, which gave Powell its career achievement award in 2000, said Powell “will be celebrated in a small, private gathering due to COVID restrictions and is survived by two nieces.”

'Stranger Things' Spinoff and Stage Play, Stephen King's 'The Talisman' Up Next for Duffer Brothers at Netflix

Trained in the theater, Powell won a Tony Award in 1963 for his first Broadway effort, a revival of The School for Scandal, directed by and starring John Gielgud. (He started out with the comedy in London and was nominated for best scenic design as well).

Thirty-two years later, he was nominated for another Tony for his work on Andrew Lloyd Webber’s 1995 revival of Sunset Boulevard that starred Glenn Close.

He received a career achievement award from the Costume Designers Guild in 2000.

The Manchester native, who was enchanted by puppets as a child, started out at the Oscars going 3-for-3, receiving statuettes for his sartorial splendid designs seen in George Cukor’s Travels With My Aunt (1972), John Guillermin’s Death on the Nile (1978) and Polanski’s Tess (1979).

Following Tess, he partnered with Polanski on Pirates (1986) — and landed another Oscar nom — Frantic (1988) and The Ninth Gate (1999) and on stage productions of Amadeus and Hedda Gabler.

“In real life, we have very little in common, but in work, we have this extraordinary telepathy,” Powell said of Polanski in a 2016 interview. “Every time we’ve worked together, he just rings me up and gives me one sentence, and I just go away and do it, because I see exactly what he’s got in his mind.

“When he asked me to do Pirates, he said, ‘Seventeenth century, and I love all those enormous wigs and huge hats.’ Immediately I saw the whole picture. I don’t think we ever discussed it again.”

Powell’s final Oscar nom came for 102 Dalmatians (2000) after he worked on 101 Dalmatians four years earlier; on both, he created over-the-top costumes for Close’s Cruella De Vil.

The designer said he wanted to be on the set “every second that they’re shooting, because the minute you go away, something always goes wrong.”

He continued: “On [1982’s] Evil Under the Sun, everybody was dressed in period costume from top to toe. They had the correct period underwear, everything. James Mason was fully dressed for a scene, including some original 1930s period braces that I’d given to his dresser.

“I had to go away and do fittings, and when I came back, the director [Guy Hamilton] had decided in mid-scene that he wanted him in his shirt sleeves. Which shouldn’t have been any problem, except that the dresser hadn’t given him the period braces and he’d got modern clip-ons. And there they are in the film. I just crinkle up inside every time I see that.” 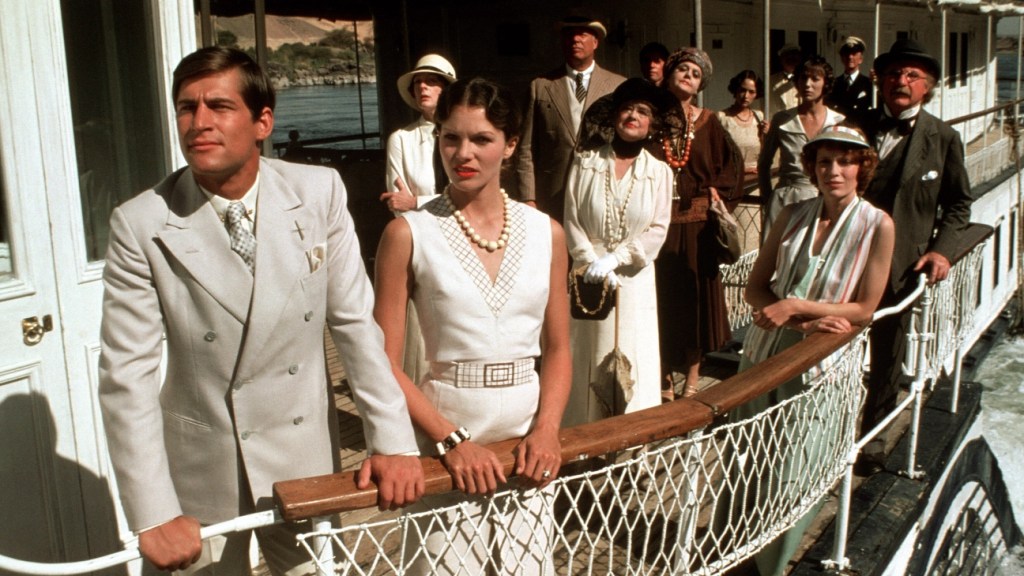