Yahya Abdul-Mateen II is stepping out with his biggest film yet as the villainous Black Manta in Aquaman.

For the 32-year-old New Orleans actor, whose credits also include Dwayne Johnson’s Baywatch, Netflix’s The Get Down and Hugh Jackman’s The Greatest Showman, a key to finding his footing in Hollywood goes back to a community of black actors he met while studying at Yale. That roster of rising stars includes Black Panther actor Winston Duke, who helped Mateen move into his Yale apartment.

As his career rose, he caught the attention of Aquaman filmmaker James Wan, who says of the actor: “He has such raw talent to him and he has such a good strong screen presence.”

Days before Aquaman‘s U.S. release, The Hollywood Reporter spoke with Mateen to discuss how he made his goofy-looking costume look cool, his upcoming work on Jordan Peele’s Us, and why he wants to play a guy who is more down-to-earth in his next role.

How do you make one of the most difficult-looking costumes in comics look cool?

The actor’s job is maybe 30 percent of making it cool and that means that I get in my best shape so I could wear the costume. It’s pretty heavy. So it means I can do the things that I can do, so I can bring the attitude to the costume. But really, I think that the success of the Manta costume really lies in the design team. They were courageous enough to not back away from the large helmet and a lot of the comic book elements of the costume. They really wanted something that the fans could relate to.

I’ve never read any of the Aquaman comic books or any comic books for that matter. This was presented to me as an exciting opportunity to go do something that was different and large scale. That was my point of entry. It was really about expanding my imagination and then I got to talk to the fans online to take their recommendations. So once I got the job that, that was the moment that I had an interest in comic books. And once I started to turn the page, then I began to be sort of an enthusiast. 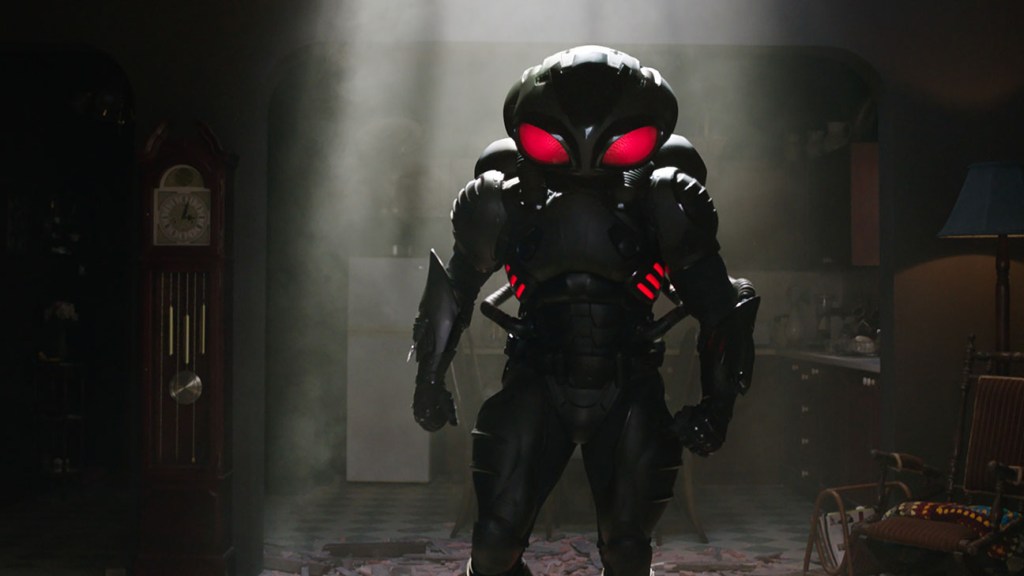 When you took the role of Black Manta, did you consider that you could be a part of a sequel or even trilogy?

Yeah, that’s one of the attractive things about these films. You can, depending on how the audience responds to the characters, you can always justify characters coming back or entering at any point in this world. There’s opportunities to take it forward and to build. So I’m excited to show other sides of a Black Manta and show his wit and his charm and his charisma. And some of his passion and the different ways that he could get out his revenge. But definitely, I think that’s exciting to be able to expand, expand the character and to step into some more cinematic worlds.

How did you and Michael Beach develop your relationship onscreen as father and son?

I looked up Michael Beach and I knew that he was a black actor that had been around for a long time. He’s also classically trained, he’s a Juilliard guy. I’m a Yale guy and that was one of our points of entry, just talking in-between the takes and talking in the gym. It was really about his experience in working on films and some of the plays that he had done and what it was like being young and being in the industry like I am and you know, he came in pretty soon after graduate school also or after his conservatory. We spent a lot of time in-between takes and getting to know one another and him giving me advice and that mentor-mentee relationship that we were sort of building. And this carried right into the scenes. You know, we knew that we had limited real estate, detailing this really important story. And so we wanted to be sure the chemistry was tight between the two of us so once we hit the scene, we can do as much with as little time as possible. 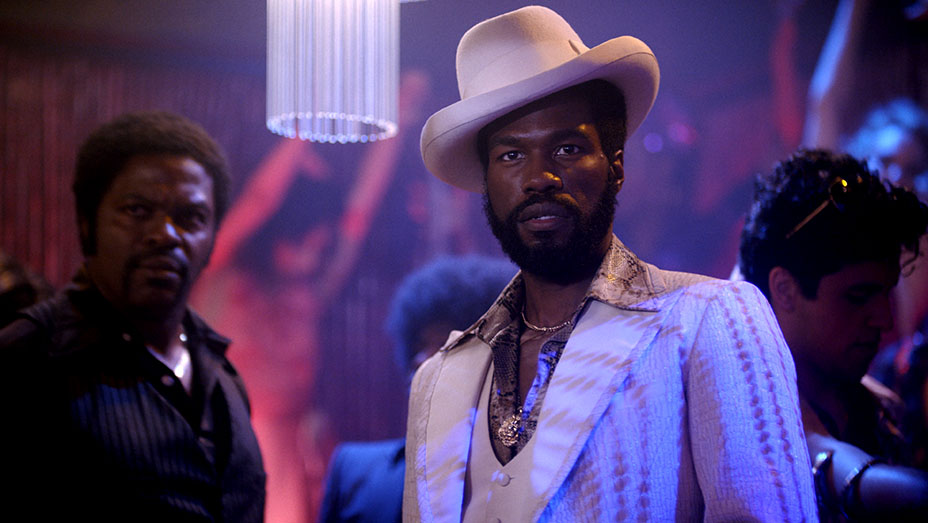 Speaking of being a Yale guy, there’s a strong group of black Yale School of Drama graduates in Hollywood right now (Lupita Nyong’o, Winston Duke, Angela Bassett and more). Can you talk about that relationship and alumni network that’s been developed, especially being young and black in Hollywood?

Winston Duke helped me move into my apartment at Yale. Everyone at the school was really supportive, we all know that we come in there and that we’re really talented and we’re not always working on the historically black plays, we’re doing Moliere and other contemporary works. There’s actually a space called FOLKS and that’s where the black students at Yale get together, have potlucks or we may do readings of plays of our particular interest, things like that. I think it’s really cool to just have a talented breed of like-minded actors setting an example before you. I can pick up the phone and I can call Winston, I can call Mamoudou Athie, or some of the other actors that are coming out. Jonathan Majors is one of them that is on the rise, he can pick up the phone and call me so there’s a really talented crop of actors. There was just something in the water at that time, Brian Tyree Henry…wow there’s so many names that’s coming to my mind right now, the list could go on and on.

You’ll be on the new HBO series version of Watchmen. Patrick Wilson (Ocean Master) was in the 2009 live-action Watchmen film. Did you get a chance to chat about both your roles while on set?

No, I didn’t, but Patrick is very excited about our new Watchmen because he loves the graphic novel. We loved the graphic novel. And so Patrick is probably more excited and asking me more questions than I was asking him about what’s going on and what’s it gonna be like. But we have shared some laughs about being in both of these universes and enjoy that commonality. We’re doing something that’s a bit different from that Watchmen.

You’re also in Us, which drop its trailer Christmas Day. How was it working in the crazy world of Jordan Peele?

Jordan is so smart and he loves acting. He is an actor, you know? And he has the right language to communicate with an actor. That set was just so free and he celebrates his actors wins when you come in and execute a small moment and he’s over the moon for it. And that’s so important for an actor because the morale is high, and when the morale is high on set, the confidence is high and then the work was better. So you’re working with someone who has a very strong vision, who cares about the project, but also cares about the team he assembled to take care of his vision. So there’s a trading of what’s precious, as an actor is such a pleasure to allow Jordan to take care of our talents and you can really sense that he’s trusting us to take care of his talents in the script that he’s created. There’s a lot of trust on the set and a lot of celebration of both small and large wins.

If you could craft your perfect next role, what would you want it to be?

I really like to start to put together a line of work that just really represents a guy on a Thursday with the problem. A simple guy with two feet on the ground with really complex problems and I think that’s something that I’m looking forward to within this next year or maybe this next little phase. I started on The Get Down and Aquaman and Baywatch and The Greatest Showman, a lot of fantastical projects so I’m really looking forward to simpler things like to put my feet on the ground and go and do some of that for a little bit. And I’m sure once I get my taste of that, I’ll want to do some comedy and, you know, let loose again, but I think that’s what my appetite is calling for. That, and getting on a horse. I want to find myself on a movie, on a horse. 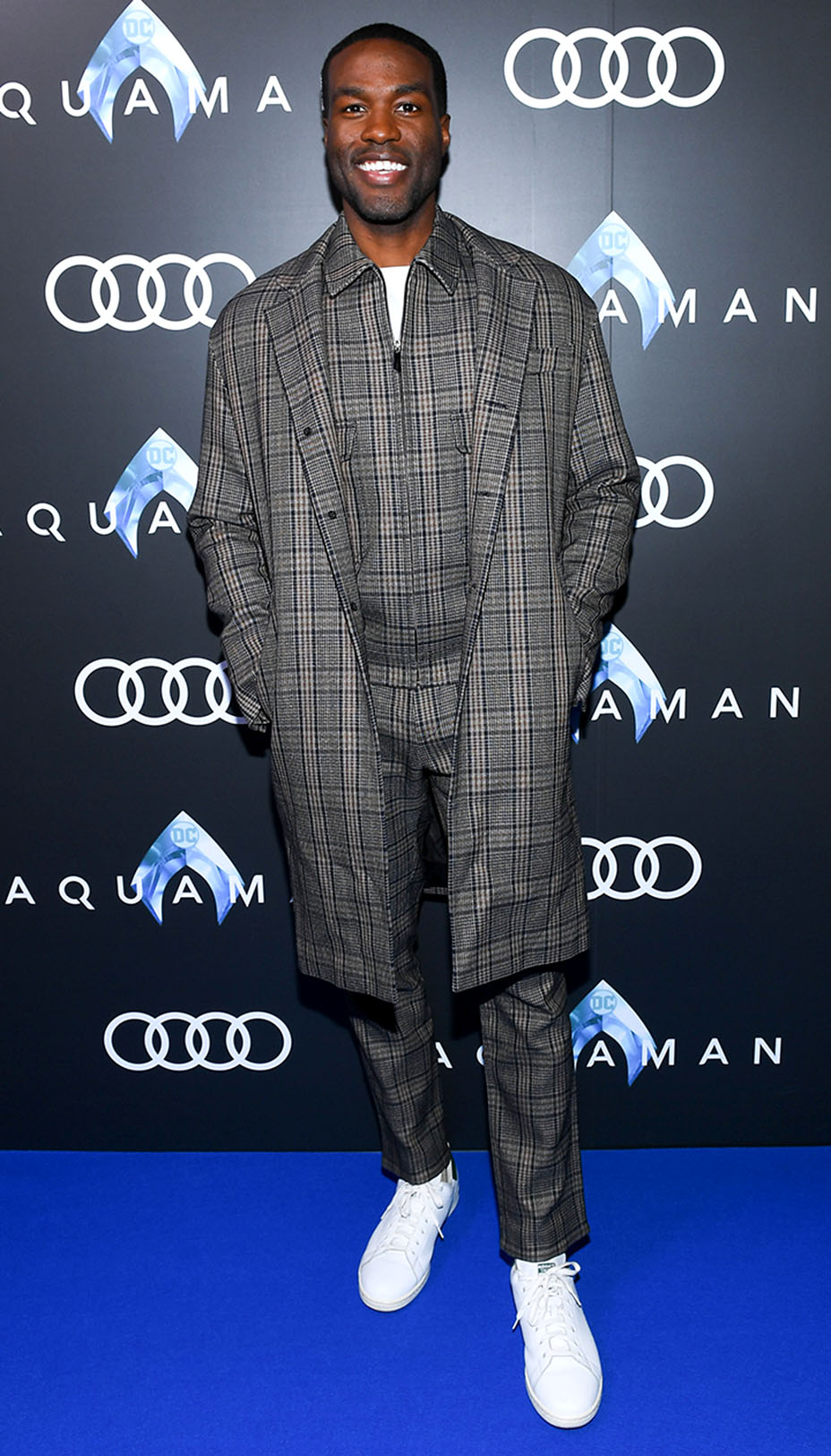