A few days before Aquaman hit San Diego Comic-Con, star Jason Momoa faced a crowd he truly needed to impress: his own children.

The actor screened the trailer at home early for his family, including his 8-year-old son and 11-year-old daughter with wife Lisa Bonet. Though their dad is a member of the Justice League, neither of Momoa’s kids listed Aquaman as their favorite superhero. Momoa’s daughter favors Wonder Woman, which Momoa understands. More perplexingly to the star, his son favors Batman.

But the trailer may have changed the tides, at least on his son’s part (sorry Ben Affleck).

“They were supposed to go to bed at nine. They ended up going to bed at 11, and they were just beating me up,” an upbeat Momoa tells Heat Vision, describing the excitement the trailer brought to his household. “I have this picture of my son, who taped sticks together and made his own trident. It’s amazing.”

Though Aquaman appeared in last year’s Justice League, outside of comic book fandom, he has been better known as the butt of jokes than as a respected hero, largely thanks to his portrayal in the 1970s animated show Super Friends. For director James Wan, his goal with the trailer was to introduce the general public to this specific version of Arthur Curry. 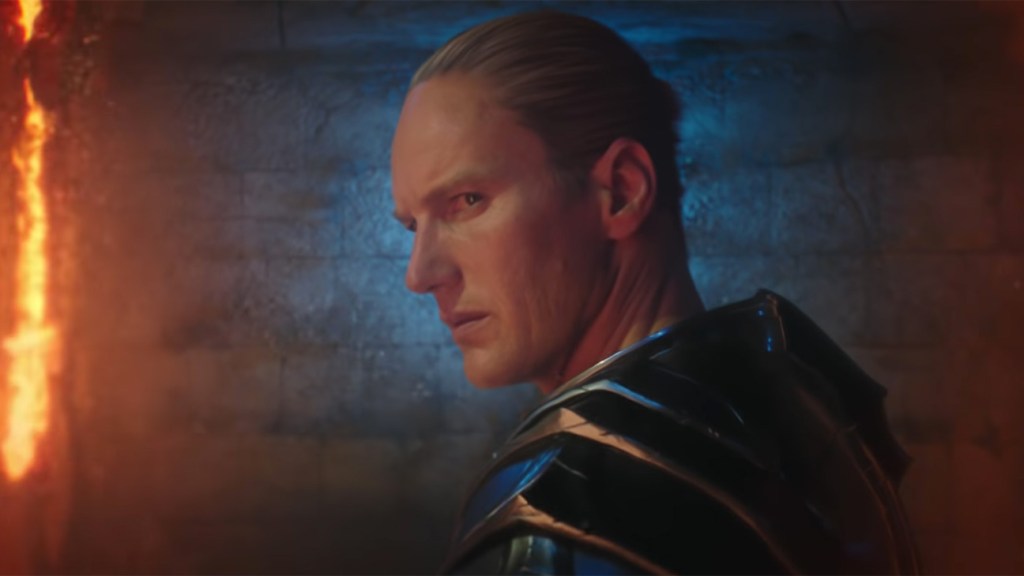 Wan enlisted one of his most trusted collaborators for Aquaman, casting The Conjuring star Patrick Wilson to play Orm (also known as Ocean Master), the half brother to Momoa’s Curry.

“I signed on before there was a script, before there was anything,” recalled Wilson, whom Wan cast in December 2016, after telling the actor, while they were shooting The Conjuring 2, that he might direct Aquaman.

After starring in Zack Snyder’s Watchmen and now Aquaman, Wilson has now been part of two comic book films that were once thought to be unadaptable. Watchmen, in which he played Dan Dreiberg/Night Owl, was considered too sacred to adapt, because it is among the most acclaimed and influential comics of all time, while Aquaman was written off as too challenging because of the technological difficulties of portraying an underwater world. 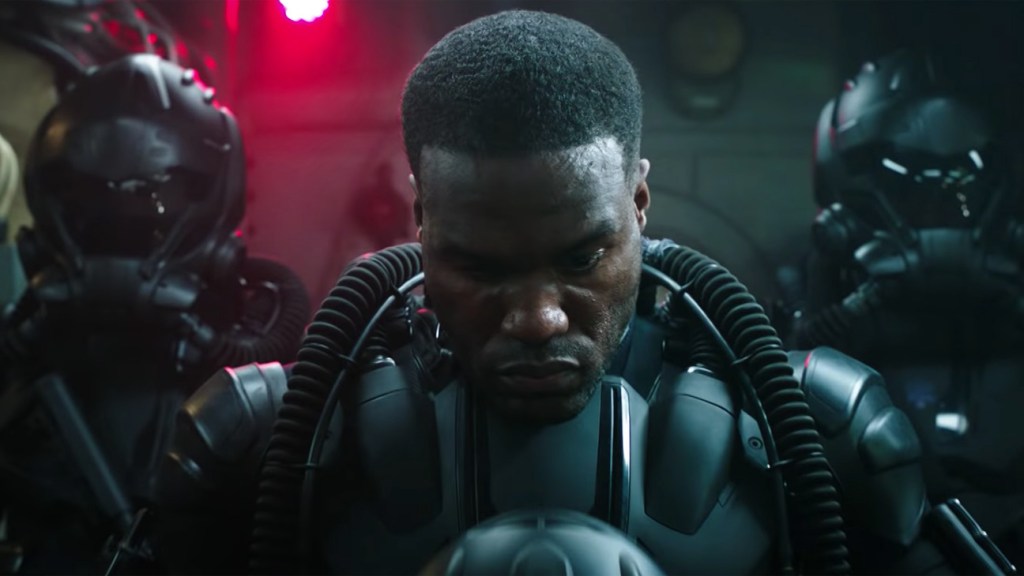 Though they didn’t know it while filming, Wilson actually shares Aquaman with one of the next generation of Watchmen actors. Yahya Abdul-Mateen II, who plays fellow villain Black Manta, has an undisclosed role in HBO and Damon Lindleof’s upcoming Watchmen pilot, though the actor has not yet spoken with Wilson about it due to the secrecy of the project.

“I can’t wait to sit down and talk about these two things that we have in common,” Abdul-Mateen noted. “Patrick is a great guy, and I know he’s going to be willing to step in and give me some advice.”

While Wilson signed on without a script, Abdul-Mateen took perhaps an equally bold stance with how he handled the project.

“I sat down at my audition and said, ‘I’m not going to have a beard'” he remembered telling Wan, explaining he hadn’t been clean-shaven in any recent projects leading up to the audition. “I had The Get Down, I had Baywatch, I had [The Vanishing of] Sidney Hall. I had films where I had this afro and this beard. I just wanted the world to know there was another face and another guy under there.”

Abdul-Mateen noted it was an audacious move, considering he didn’t even have the part yet. Luckily, the gambit paid off.

“James was all about Black Manta being attractive and being appealing to fans. And I was down with that too,” said Abdul-Mateen.

When Aquaman hits theaters Dec. 21, it will be one of nearly a dozen comic-book-inspired movies to hit the big screen in 2018. For Wan, a goal was for this one not to feel like a superhero movie.

“I want it to feel more like a quest, fantasy movie,” he said. “I wanted people to see just the visuals of the different worlds and what they are getting themselves into, like you are seeing it for the first time.”

'Aquaman' Is Shaping Up to Be 'Game of Thrones' Underwater