Audiences will have to wait until 2022’s Aquaman 2 to dive back into the adventures of Arthur Curry (Jason Momoa), but they’ll likely return to the world of Atlantis a lot sooner.

Aquaman director James Wan and producer Peter Safran are developing a horror-tinged spinoff, The Trench, focusing on the creatures who tormented Aquaman and Mera (Amber Heard) during an arresting sequence in the $1.31 billion-grossing film. Safran expects The Trench will open before Aquaman 2‘s Dec. 16, 2022, release date.

“We always, even from the early concept art days, loved the idea of a Trench movie,” Safran told The Hollywood Reporter on Tuesday at the opening of the Aquaman exhibit at Warner Bros. Studio Tour Hollywood. “Then, when audiences embraced it in the movie itself the way they did, particularly that ant farm shot where the camera follows the Trench [creatures] following Arthur and Mera down into the deep, we just knew that we had something very special there and we knew what that movie should be. And consequently, I suspect that that’s one that will come out significantly before Aquaman 2.”

Safran confirmed that Arthur and Mera won’t appear in The Trench, and noted that it will take place after the first Aquaman.

The producer is a longtime collaborator with Wan and head of DC Films Walter Hamada, specifically on the Conjuring universe — and that’s influenced how they’ve tackled Aquaman and his world. The Conjuring franchise began in 2013 and quietly grew into a shared universe that now includes the Annabelle films and last year’s The Nun.

“We’ve definitely taken a page from our Conjuring playbook, which is: You’ve got the mothership, which is Aquaman, but there are so many great stories to tell within that universe of itself, that Atlantean universe,” Safran explained.

And the way that the three men work together has also informed the decision for a four-year gap before Aquaman 2.

The producer said Warner Bros. did not pressure them to move faster on a sequel.

“DC’s got a nice slate of movies that are coming out,” he said, pointing to April’s Shazam! (which Safran is producing), 2020’s Birds of Prey and 2021’s The Batman and The Suicide Squad, all of which will come out before Aquaman 2.

Notably absent from that slate is a Justice League follow-up. As Aquaman is building its own sub-universe, DC as a whole has been focusing on individual heroes and squads of side characters over major team-ups. In January at the Sundance Film Festival, Wonder Woman 1984 filmmaker Patty Jenkins told THR that’s the direction she’d prefer DC to pursue at the moment.

“I sort of hope that we don’t do a Justice League movie for a little while because I’m excited to see all of their movies. I want to see Aquaman 2, I want to see Flash,” she said.

“I think that when you’re making really strong stand-alone movies, there’s really no need to bring them together,” he said. “You want to give these characters room to breathe and live, and tell their stories.”

While Safran thinks it’s great for them to ultimately team up, he calls back to his philosophy of patience.

“Wonder Woman has shown what a great stand-alone property that is,” Safran said. “And in Aquaman, we feel the same way. We think that there’s a great sequel and beyond to tell. We introduce seven kingdoms of Atlantis, right? James Wan knows the architecture, the armory, the military, the look, the feel, the general vibe of each of these kingdoms, and I’m sure that there will be an opportunity to explore them in some way later on.”

The Potential of an 'Aquaman' Cinematic Universe

The producer teased that there are other areas of the Atlantean universe that they’d be interested in looking at, whether in their own movies or blended in with Aquaman 2.

As The Trench approaches, the world-building of Aquaman is on full display at the new exhibit, which features costumes worn by the main cast, from the battle suit of Black Manta (Yahya Abdul-Mateen II) to the “survivor” armor of Atlanna (Nicole Kidman) to the classic Aquaman suit.

During a Q&A with press, Safran recalled the first day the crew saw Momoa in the classic gold and green outfit.

“He comes in with this trident and he plants it in the rock right there and you’re like, ‘This is just a winner,’” Safran told reporters, who were also treated to a Haka performance.

Beyond costumes, the exhibit shows off other aspects of Aquaman lore, from the actual trident that Momoa snapped (now repaired) at the Paris premiere after leading a Haka performance to a case holding an original copy of 1962’s Aquaman No. 1 comic from the DC archives.

The display is now open to the public, and sits right next to Wonder Woman’s display as part of the larger DC Universe: The Exhibit, which is a stop on a studio tour of the Warner Bros. lot. Take a look at some of its offerings, below. 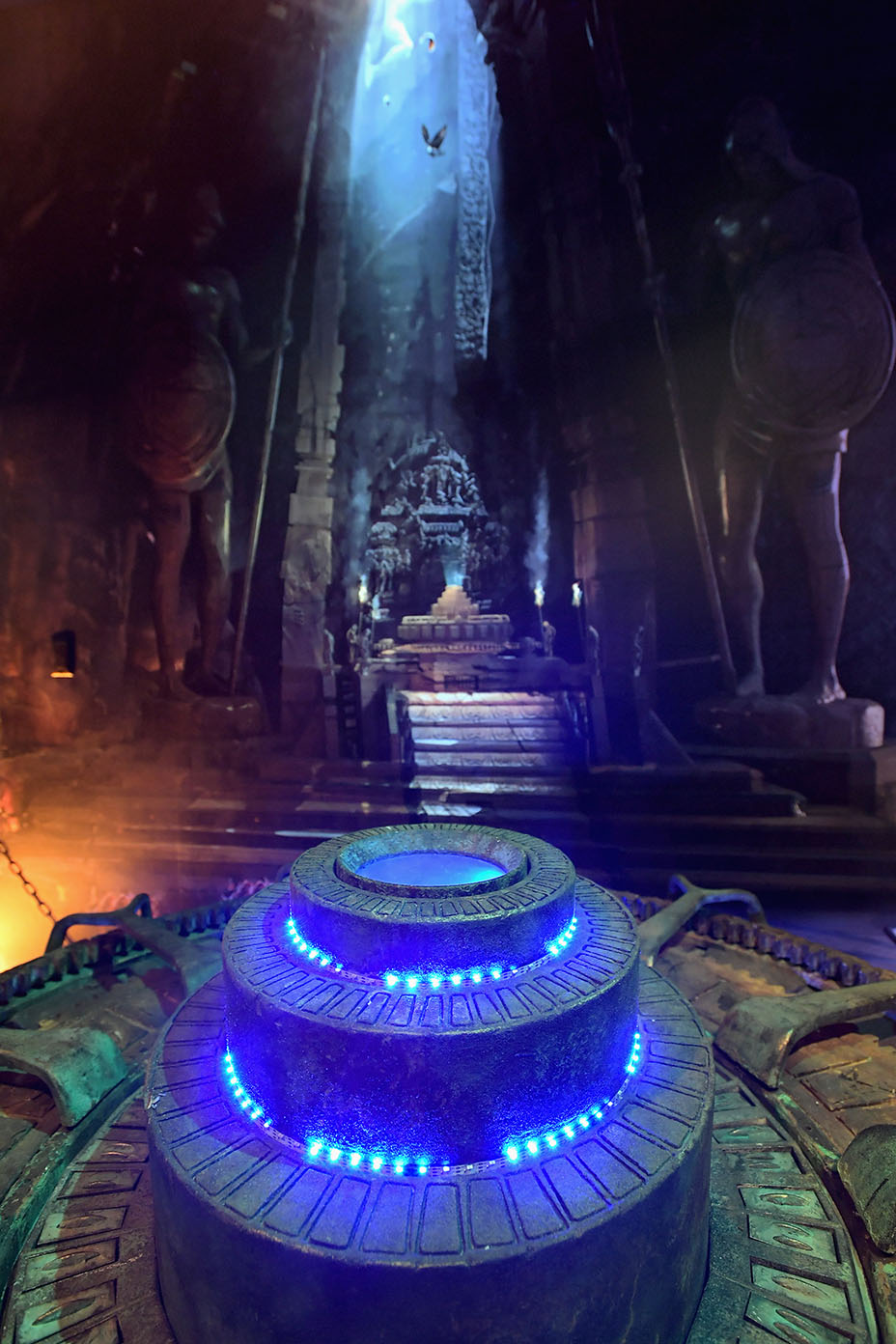 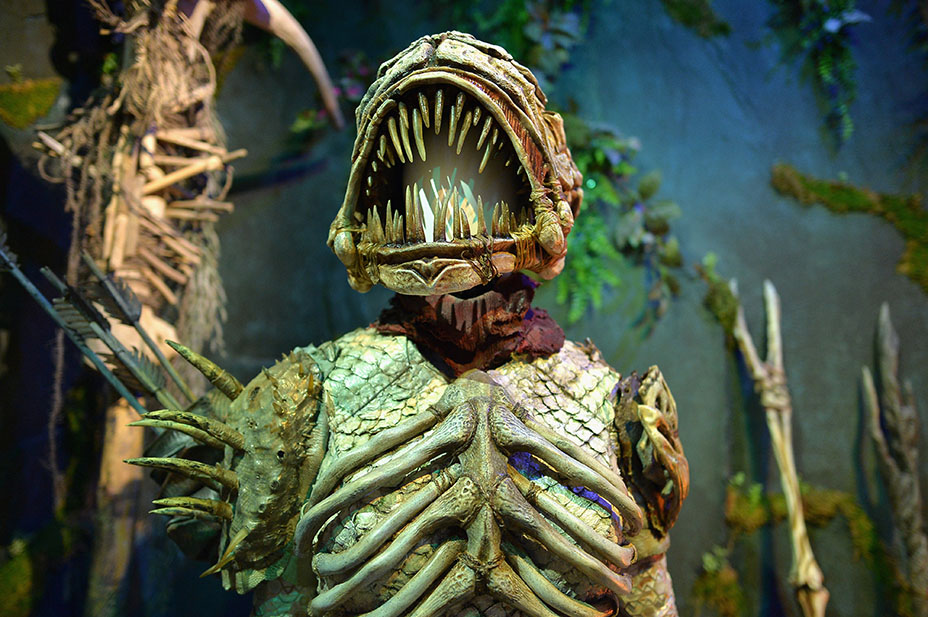 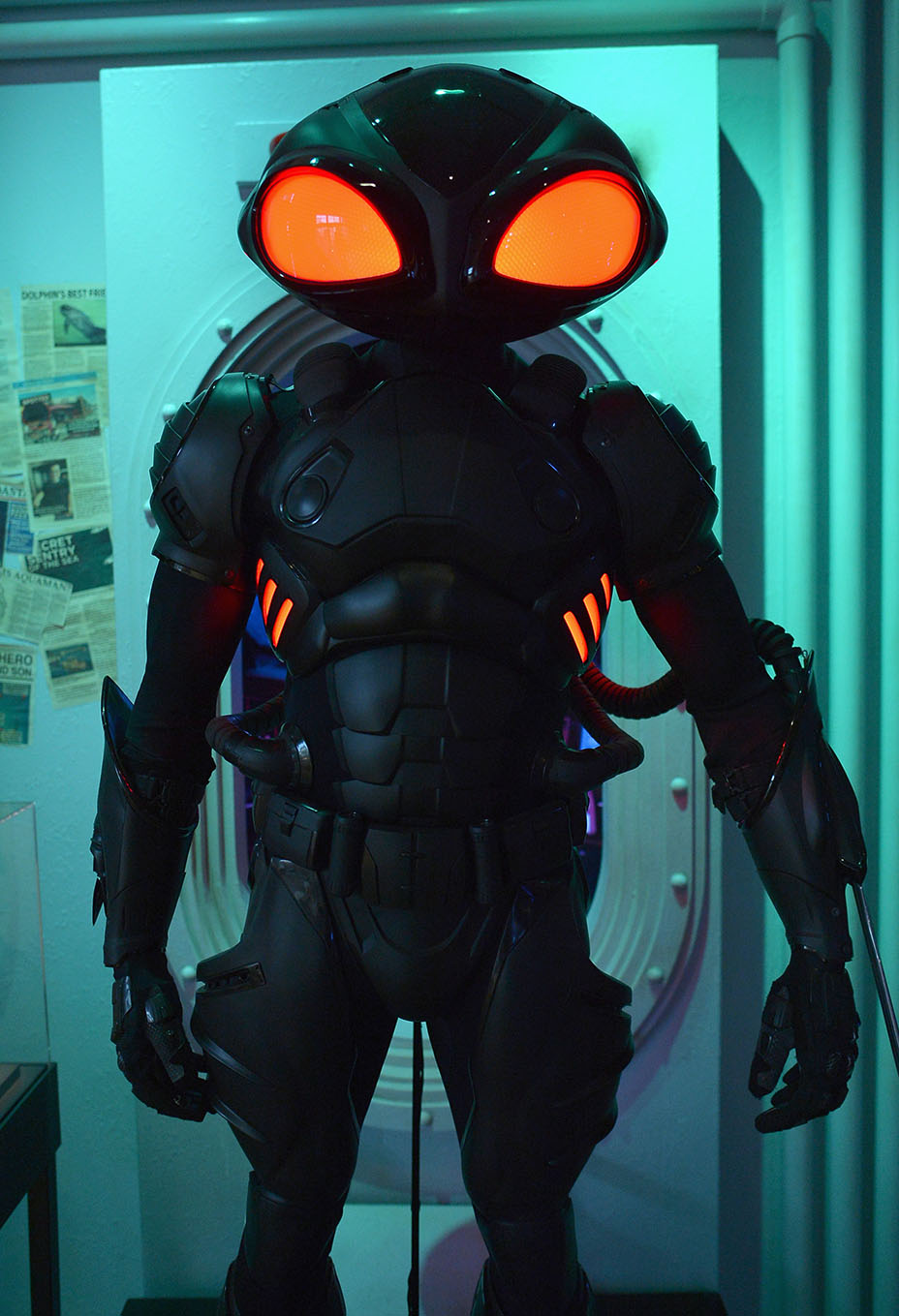 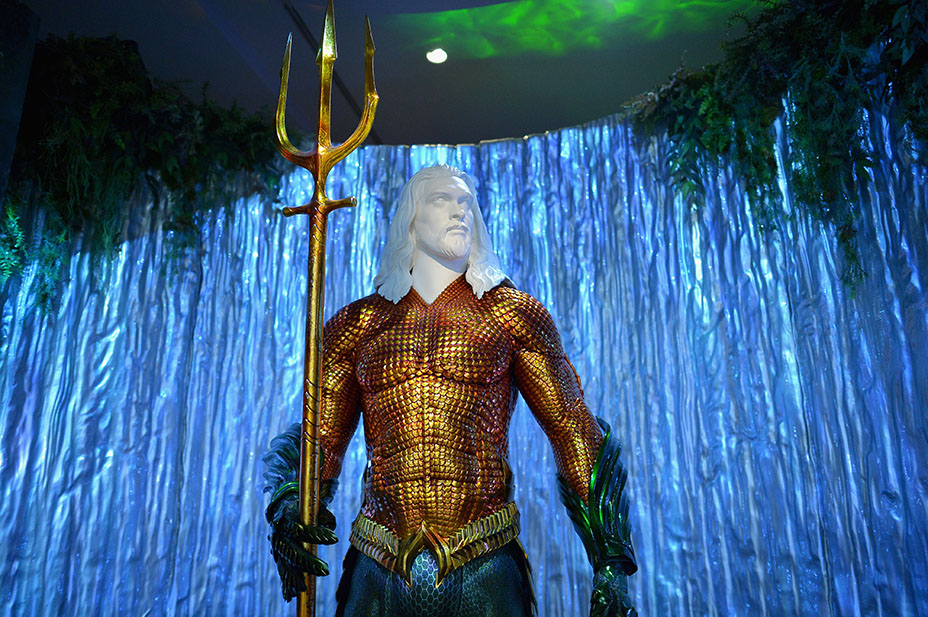 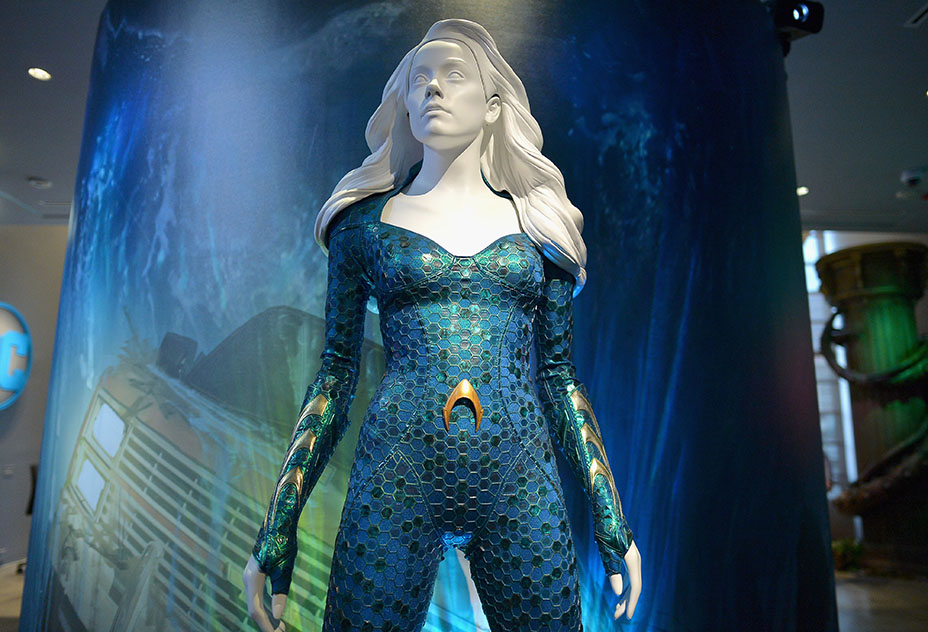 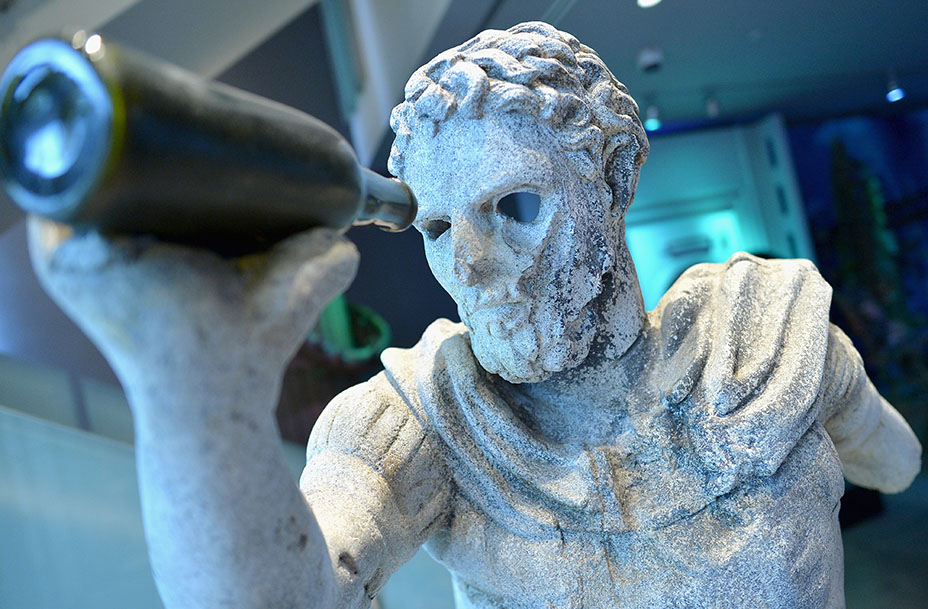