When Boots Riley, director of indie breakout hit Sorry to Bother You, recently complained that foreign distributors were passing on his film because they believe “black movies don’t do well internationally,” he was echoing a lament African-American filmmakers have been making for years. The idea that foreign audiences don’t support black films is one of the film industry’s tired tropes, alongside familiar refrains like “Comedies don’t travel” and “A woman can’t front a super­hero movie.”

But the recent global success of films featuring black casts — Get Out, 12 Years a Slave and, especially, Black Panther — was supposed to have put to rest the old saw that audiences in Europe, Asia and South America are interested only in Hollywood films with white actors up front.

Two hotly anticipated Toronto Film Festival titles are hoping to capitalize on this recent momentum: Widows, Steve McQueen’s follow-up to 12 Years a Slave — a female-fronted thriller featuring Viola Davis, Cynthia Erivo and Get Out‘s Daniel Kaluuya — and If Beale Street Could Talk, from Moonlight director Barry Jenkins, an adaptation of the James Baldwin novel, starring KiKi Layne and Stephan James. And Spike Lee’s latest, BlacKkKlansman, is building awards momentum (and box office) since its debut at Cannes in May.

Despite all this progress, Riley’s complaint about Sorry to Bother You has reignited the debate about whether U.S. releases with predominantly black casts are being unfairly shunned by distributors overseas. As Riley put it in an Aug. 3 tweet: “Even tho we’r outperforming a gang of other movies, distributors r claiming ‘Black movies’ dont do well internationally…”

He has a point. Sorry to Bother You, a biting satire about a black telemarketer who finds success by tapping his inner “white voice,” was a critical smash out of Sundance and has grossed more than $16 million domestically to date, a strong showing for an indie feature. But international distribution on the film, which Annapurna is releasing domestically, is still being worked out. Annapurna did not respond to a request for comment.

However Sorry to Bother You lands internationally, it’s definitely true that, for decades, distributors from Europe and Asia have been passing on films featuring African-American casts, arguing that moviegoers just don’t want to see them. But many international buyers now say that view is outdated and point to the success of Moonlight and 12 Years a Slave, two Oscar best picture winners, whose foreign box office outpaced their domestic performance. Jenkins’ Moonlight earned some 57 percent of its $65 million total gross outside North America. 12 Years a Slave made $131 million from foreign territories, fully 70 percent of its over­all gross.

The idea that black films don’t work outside America “is purely an internal, industry phenomenon,” says Christoph Daniel, head of acquisitions and managing director at Berlin-based distributor DCM, which handled Moonlight locally (where it grossed $3.7 million) and will release Jenkins’ If Beale Street Could Talk. “It has nothing to do with the audience. Nobody in Germany says, ‘I won’t watch a black film.’ At the end of the day, the stories just have to be good.”

While that may be true, DCM decided to pass on Sorry to Bother You. Marc Schmidheiny, DCM’s managing director, says that black films can run into resistance with international buyers if they target what is perceived to be a very small niche. “The only films that could have difficulty are ones made, and marketed, specifically for the U.S. black or Latino community,” he says. “Those films, which can be very specific in their language and approach, might not be as relevant in Germany, where there is no equivalent community.”

The issue of being “too American” is one Crazy Rich Asians, the current poster child for successful Hollywood diversity, could also face as it rolls out internationally. Ironically, Jon M. Chu’s rom-com about New Yorker Rachel Chu, who travels to Singapore to meet her boyfriend’s family, might have the hardest time breaking through in Asia.

“Japanese people often don’t relate strongly to Asian films [from outside Japan] because many people here don’t feel they belong to Asia, even though we are Asian,” says Miyuki Takamatsu, CEO of film sales and PR firm Free Stone Productions. Korean film critic Kim Bongseok notes that while local audiences “are very much aware” of Asian-American communities in the U.S., they “will not necessarily be able to personally connect to the experience.” Which could hurt Crazy Rich Asians‘ global prospects. The film opened strongly in Hong Kong and Taiwan — and was a hit in Australia, where it has grossed more than $5.2 million — but has yet to bow in the largest Asian markets.

Indeed, international distributors on three continents who spoke to THR for this story insisted that the success or failure of American films with nonwhite casts is driven by market forces affecting the indie film world as a whole, and are not directly tied to race. Most are bullish on the international prospects of TIFF titles Widows, which is getting a studio rollout via Fox, and If Beale Street Could Talk, which Annapurna presold worldwide, often to the same foreign distributors who bought Moonlight.

Philippe Aigle, president of French indie Ocean Films Distribution, argues that what looks like an anti-black bias among global buyers is more a reflection of an increasingly risk-averse international industry. “Independent distribution has become very fragile,” he says, “so a very African-American movie, with a cast that’s unknown here and with no major [European] festival exposure looks like a big risk to any indie distributor.” (Looking at the trailer for Sorry to Bother You, Aigle says he thought, noting the experimental approach and often out-there humor, that “this is for Netflix.”)

But Priscilla Igwe, director of the London-based New Black Film Collective, a network of exhibitors that helps organize special screenings to showcase black films, says there could be an underlying prejudice among buyers that view black releases as simply too risky. “It’s interesting and frustrating,” she says. “[Distributors] are presuming the tastes of the British audience, but they don’t really understand millennials, don’t really understand how they’re consuming black culture.”

The New Black Film Collective became an “accidental distributor” in 2015 when it picked up Dear White People after the Sundance hit was passed over by others in the U.K., despite it having enjoyed packed screenings at the London Film Festival. “Nobody wanted it — it was cheap as chips!” says Igwe, who adds that conversations are already underway with Riley to acquire Sorry to Bother You.

“What kills me is that this country is known for its satire — it’s able to poke fun at itself — and I just don’t think [distributors] are giving audiences enough credit,” she says. “Liberals can take it. Conservatives and those on the right, perhaps not so much. But liberals and film lovers out here will absolutely gobble up Sorry to Bother You.” 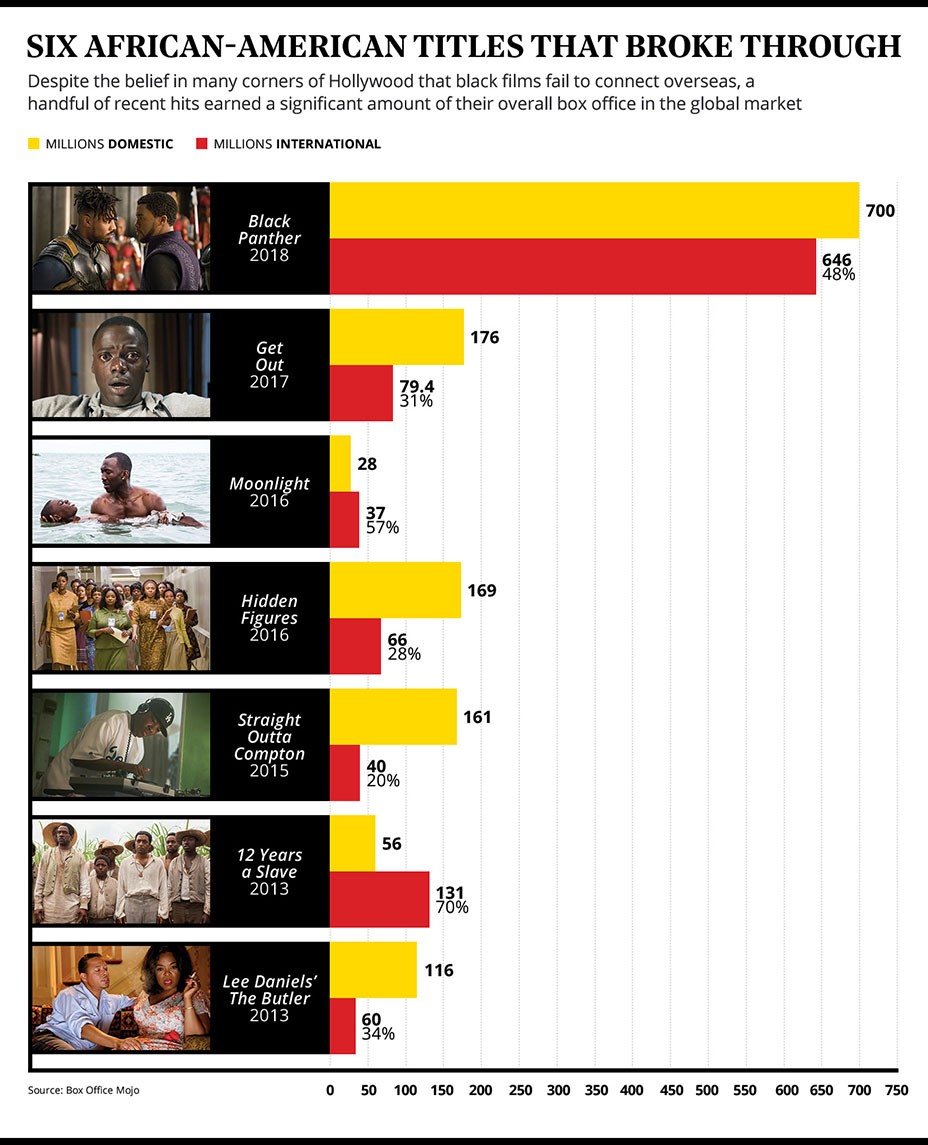 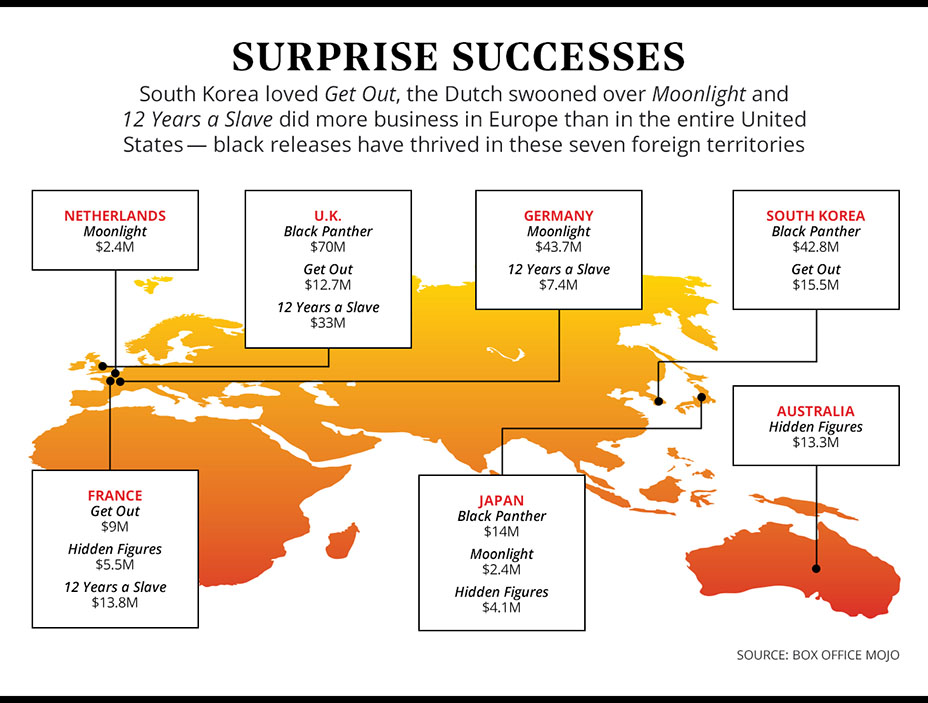