To hear Marvel Studios president Kevin Feige tell it, the post-Avengers 4 Marvel Cinematic Universe is going to be a very different place, with new characters taking the place of existing favorites.

The new Vanity Fair cover story on the future of the MCU makes it clear that the studio is looking toward an era in the near future where the likes of Chris(es) Evans and Hemsworth, Robert Downey Jr. and Scarlett Johannson have moved on to the Avengers Retirement Mansion. Hemsworth himself notes, on the set of the untitled fourth Avengers movie, that “this is going to be the last time we get to hang out like this.” But what does that mean for those characters (and intellectual property) come 2019? Feige says in the piece the studio has “20 movies on the docket that are completely different from anything that’s come before—intentionally.”

Will the studio truly be able to stay away from its marquee names in the long term?

Throughout the years, Marvel’s comic book output has laid the groundwork for a path forward for Marvel Studios as the original Avengers cast ages out of their roles; Steve Rogers has been replaced as Captain America on a number of locations, with the son of Odin also finding himself ousted as Thor a handful of times. (Most recently, by ex-girlfriend Jane Foster; Natalie Portman, call your agent.) Iron Man, however, is a more difficult character to replace on the big screen, for a number of reasons.

It’s not as if Tony Stark hasn’t been replaced in comic lore; right now, in fact, there are two “Iron Man”s in Marvel’s comic books who aren’t Tony Stark, but only one claims to be Iron Man, per se; the problem is that he’s…well, he’s Doctor Doom. (That knocks him out of the running for Marvel Studios, at least; the rights to Doctor Doom remain with Fox, as part of the Fantastic Four license; the other character is Riri Williams, teen prodigy who goes by the name Ironheart.) The most high- profile Tony replacement as Iron Man already exists as his own separate character in the MCU: James Rhodes, aka War Machine.

So, will Iron Man disappear from the MCU when Downey hangs up his repulsor rays? There is, it turns out, another option if the studios wanted to keep an Iron Man (and even Tony Stark) around…but it would be a controversial choice to pursue, given how soundly rejected the idea was when used in comics two decades ago. 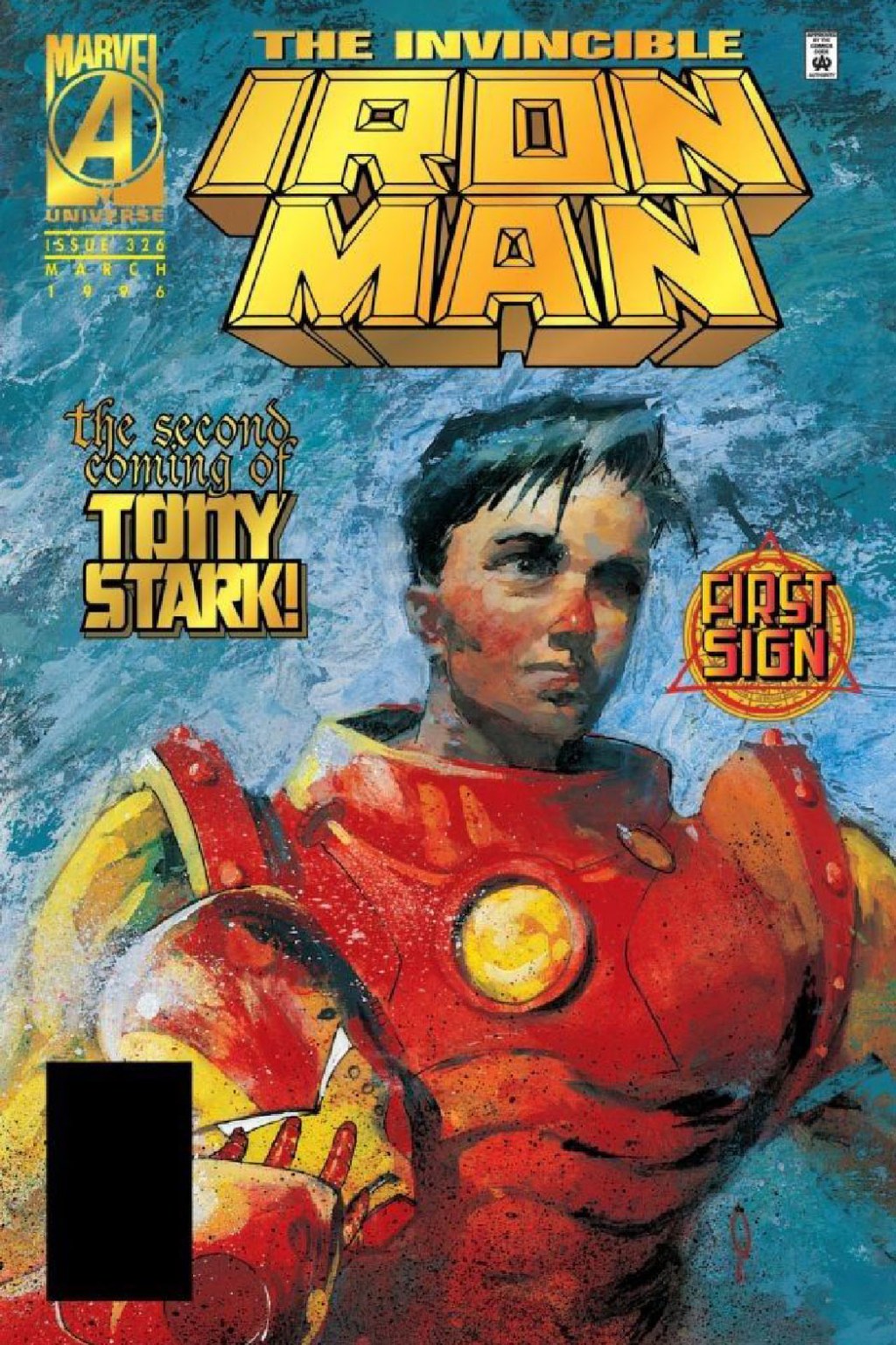 The mid-’90s storyline “The Crossing” was intended to give the Avengers comic book franchise a sales boost, while also introducing new energy to the various series attached to the brand. The status quo was shaken up across the line, whether it was the transformation of the Wasp into a mutated part-human, part-insect woman, the murder of multiple characters or the revelation that Tony Stark had been brainwashed by a villain years earlier and was, in fact, a bad guy deep down — a reveal that led to one of the stranger makeovers in Marvel history.

While Tony Stark was one of the antagonists of “The Crossing,” it turned out that one of the protagonists was…Tony Stark. But a different Tony Stark, from an alternate timeline, who was a teenager and who showed up to save the day and take over as Iron Man, because…teenage geniuses who don’t have any of the emotional baggage of their older selves are cool, I guess? (Regular Tony died in an attempt to redeem himself, which fell about as flat as the rest of the story, for those wondering.)

“Teen Tony,” as he was nicknamed by fans, didn’t have a particularly long run in comics; he debuted in 1996’s Avengers: Timeslide No. 1, and made his final appearance in that year’s Onslaught: Marvel Universe, apparently sacrificing himself for the good of reality. When Iron Man reappeared little over a year later, it was as adult Tony Stark again, a sign that his teenage self had failed to find traction with the audience; reality-warping mutant powers were the in-story explanation given for why everyone was OKy with never mentioning Teen Tony again, because “Nobody liked him anyway” was presumably too rude, if accurate.

Weirdly, it’s not as if Teen Tony hasn’t been teased in earlier MCU movies — consider the virtual reality flashback featuring a CGI de-aged Downey Jr. in Captain America: Civil War — but it’s unlikely that the MCU would follow its comic book source material in this particular regard. Not because it’s a bad idea, but because it’d likely still require Downey Jr. for the motion capture, thereby negating its purpose altogether.

Still, there is some story potential in giving a surly teen with attitude the Iron Man armor. Maybe Tony could have a never-before-discussed nephew or cousin introduced in Avengers 4, just in case….

'X-Men' at 25: The Unlikely Story of the Animated Hit No Network Wanted