The next big opening for director Joe Russo won’t be the follow-up to his and brother Anthony Russo’s $2 billion-grossing Avengers: Infinity War, but a decidedly more chill affair: Simone, an epicurean, vegetable-forward, art deco-inflected bar and restaurant in L.A.’s Arts District that debuts Sept. 20.

Though it marks Joe Russo’s first foray into hospitality, he’s ?hoping his A-list talent — Michelin-starred chef Jessica Largey and Iain McPherson, a legendary ?barman out of Edinburgh, Scotland — will ensure a hit. “It’s always been a dream to open up a restaurant,” says the foodie of the outpost, which will offer sweet potato with tahini, shishito peppers and harissa vinaigrette as a signature dish.

Rather than just throw down money, Russo, 47, is lending his skills by focusing on the booze side of the menu. Simone will ?feature an illustrated cocktail list, for example, that will lead guests through a drinkable history of downtown L.A., celebrating its wine-producing and citrus-farming past. “I also want to share with people things that I found that I love,” he says. 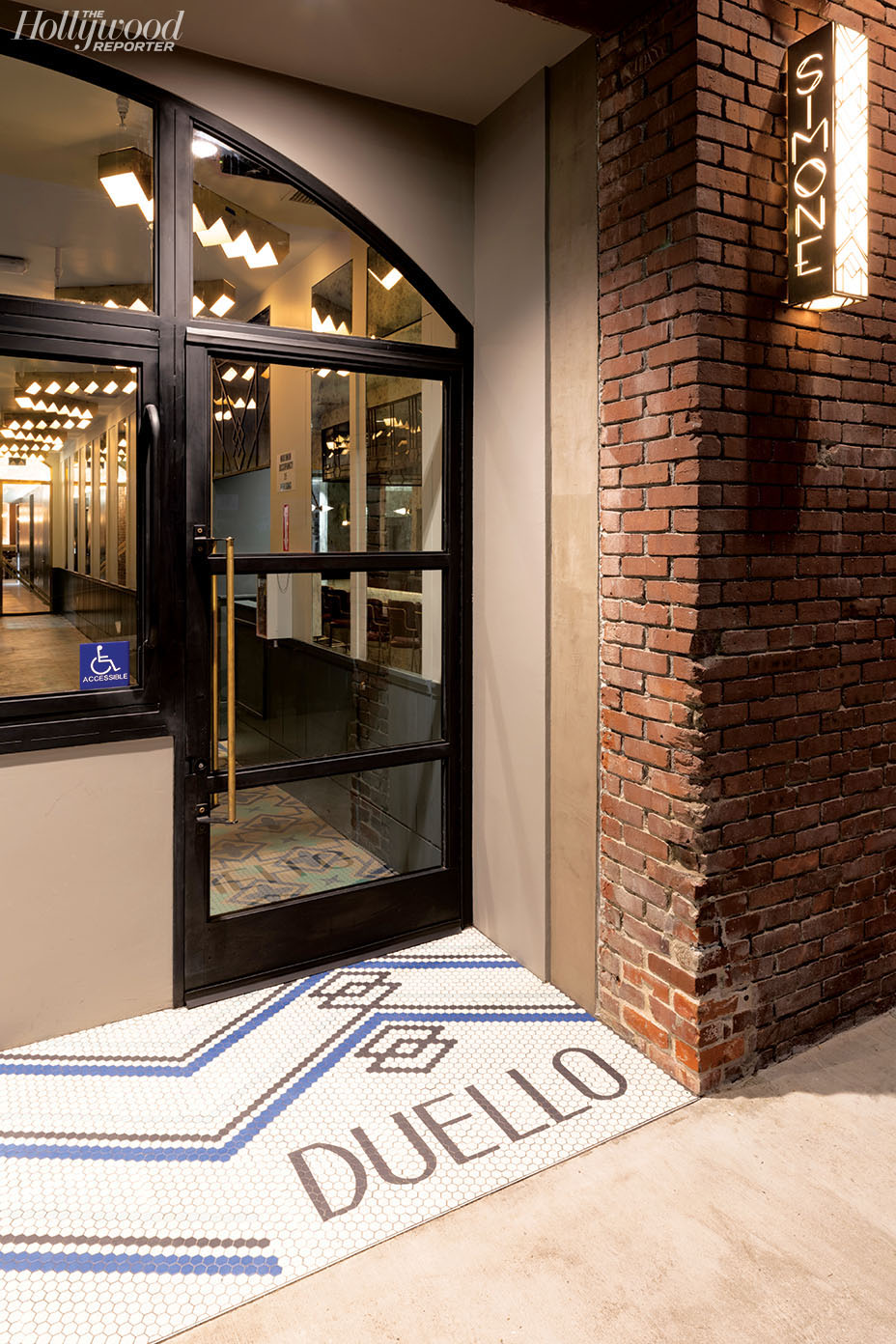 While traveling on shoots, the filmmaker ?has developed an affinity for exotic regional spirits, sourcing an enviable collection of scotch, grappa and amaro. Russo namechecks one of his stars, Paul Rudd, as having his own re-created Irish bar in the basement of his Rhinebeck, New York home. The director’s own bottles, some of which will find their way to Simone, live in an impressive Cheviot Hills home bar where he entertains friends and family, including Joel McHale, who is “good ?for about 60 laughs an evening,” says Russo, who perches his collection on a vintage Gio Ponti-style bar, from an L.A. midcentury modern dealer. (Replicas start at $10,000.)

Here, he and other spirits experts offer tips for creating an industry-caliber home bar.

RESIST THE URGE TO OVERCROWD SHELVES.

“Don’t try to have everything for everyone,” says Russo. “Introduce people to new liquors by leaning into what you love. It creates more of a story — that’s what makes the home bar distinctive, versus stocking it like a commercial bar. Find something that emotionally connects you.”

For Russo, that primarily means scotch. The director’s scotch palate “evolved dramatically” when his daughter attended university in Scotland, and he and his brother even designed an action sequence in Edinburgh for Infinity War. “I visited The Blue Bar at Gleneagles — unquestionably one of the best bars in the world with one of the best views for sipping scotch,” says Russo. “I also had my first taste ?of Kinclaith: a lost distillery, very limited-run scotch that, pound for pound, is one of the finest.”

Is Ryan Reynolds the Next George Clooney of Booze?

L.A. bar consultant Taylor Parsons, who works with studio and music execs, calls this the “hook.” “It’s the place where you go deep — you can’t be an expert in every single spirit,” says Parsons, although he advises representation in core categories: “vodka, gin, rum, tequila, mezcal, whiskey — could be a bourbon, a rye, a scotch or maybe an Irish, if you’re feeling it.” Parsons complements these fundamentals with cocktail bitters, vermouths sweet and dry, and Campari or Aperol for spritzes and lighter fare.

Russo’s L.A. bar reflects his nomadic exploits as a filmmaker. “A lot of my collection is Italian herbal liqueurs and digestifs,” he says. “When you can produce an amaro that doesn’t exist in the States and talk about why it’s special, it creates a mystique around the bar and good conversation.” Russo also loves a prebatched cocktail he discovered? while shooting Captain America: Civil War in Berlin, where “a third of my meals were at an amazing restaurant called Katz Orange,” he says. “They had an incredible bartender who made his own infused liquors. My favorite is his chocolate-infused Makers Mark, on the rocks with a splash of port — one of the better nightcaps you could possibly hope for.” As for accessories, Russo says: “My favorite is my champagne saber. If it is true that more people die annually from champagne corks than shark bites, I would consider it the safest way to open a champagne bottle.” 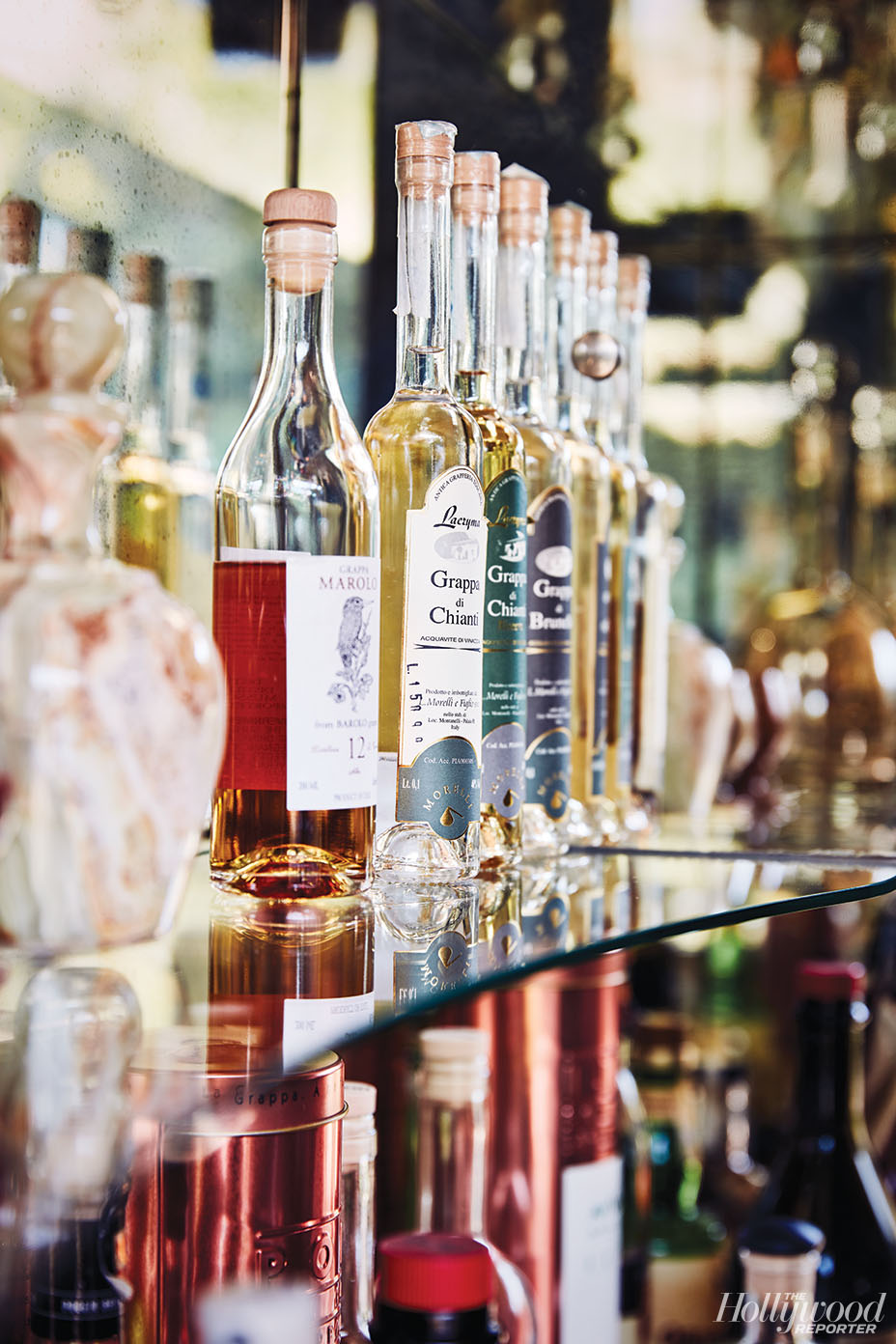 Russo uses Drizly.com to replenish, but for new buys, Parsons says: “Find a merchant you love, someone who understands you; develop a relationship.” From such connections, insights, and the occasional rare bottle, can be scored.

KEEP IT FRESH — AND ACCESSIBLE.

Parsons maintains that liquor and garnishes are seasonal. “A summer bar should be different from a winter bar,” he says. “Basic building blocks might not change — vodka, gin, bourbon, etc. — but instead of two or three summer gins to play with, a winter bar might feature an Islay scotch or small-batch American whiskey. Instead of limes and mint, winter garnishes turn to oranges ?and spice tinctures.” To optimize conviviality, Russo says he lines up labels and keeps bottles within easy reach of guests: “I like people to have the opportunity to choose based on what they see, so it’s important how you display it.” 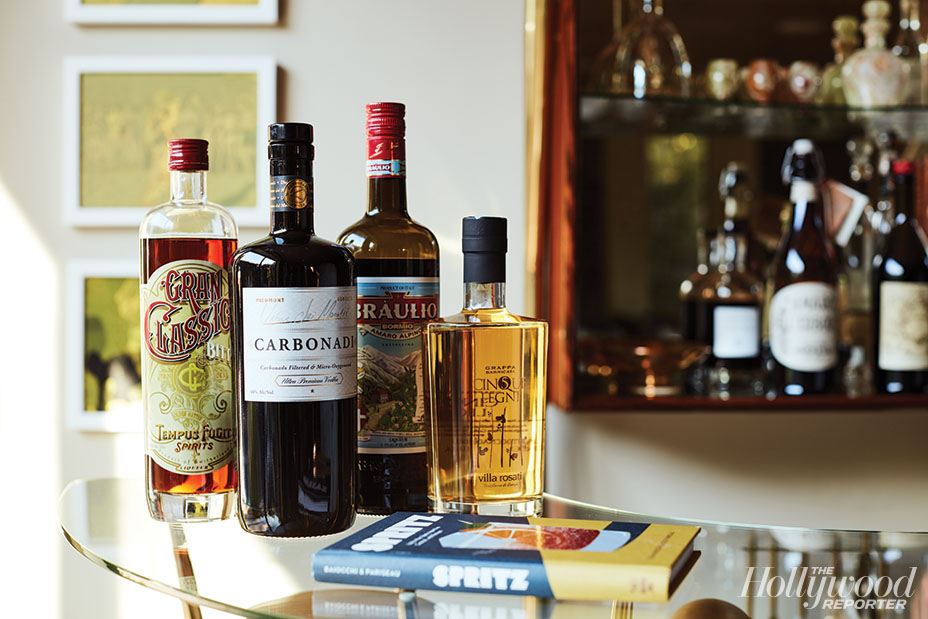 This story first appeared in the Aug. 15 issue of The Hollywood Reporter magazine. To receive the magazine, click here to subscribe.