Iron Man, Hulk, Black Widow, Thor, Hawkeye, Captain America. The six founding Avengers are on a collision course with destiny in Avengers: Endgame, an adventure from which one or more of them may not walk away. As the end of the line draws near for the original heroes of the Marvel Cinematic Universe, The Hollywood Reporter’s Josh Wigler offers up predictions in a new series of Final Path columns, with all eyes on the six aforementioned Avengers and their deadliest enemy yet, Thanos. Up next: Black Widow.

What lies ahead in Avengers: Endgame, the Russo Bros.’ answer to the Infinity War snap heard ’round the world? The answer is only a few weeks away, and is likely catastrophic for at least a few fan-favorite Marvel Cinematic Universe heroes. But whatever the future has in store for Earth’s mightiest heroes, it won’t be the end of the line for Black Widow (Scarlett Johansson), not by a long shot.

A founding Avenger, the Russian spy turned SHIELD agent has acted in a supporting role through numerous Marvel movies, including the upcoming Endgame. Soon, Black Widow will step into the spotlight with a feature film all her own. Does that guarantee her survival through the end of Endgame, then? Read on for The Hollywood Reporter‘s official predictions for the character in the latest Avengers: Final Path column, including a look back at Black Widow’s journey thus far. 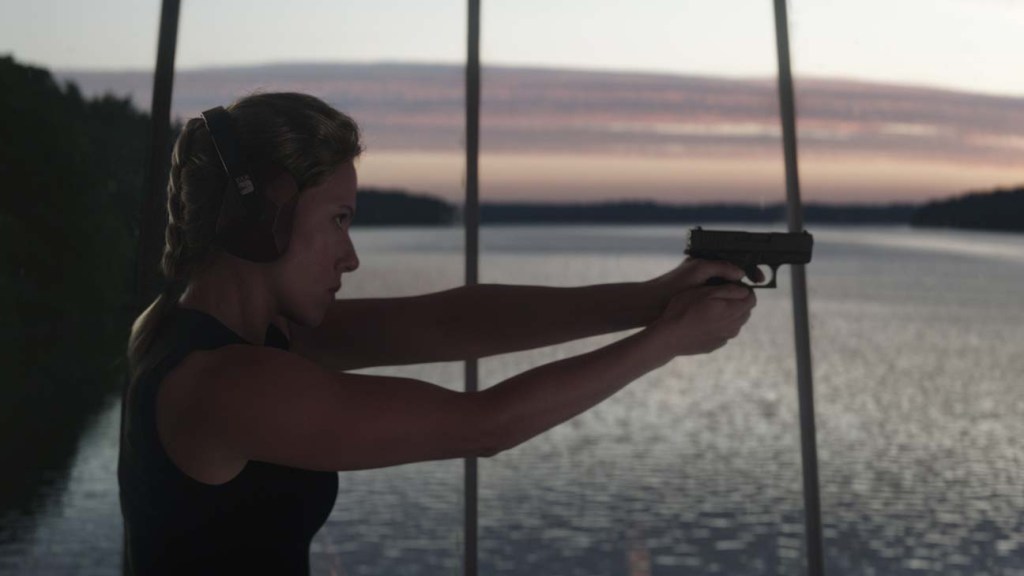 Powers: Highly trained in the arts of assassination and espionage.

Defining Quote: “I’ve got red in my ledger. I’d like to wipe it out.”

Worst Appearance: Also Iron Man 2, but only by default. Hulk’s secret is that he’s always angry. Black Widow’s secret is this: she’s the not-so-secret weapon in every single one of her Marvel Cinematic Universe appearances, enhancing action and deepening emotional weight at every possible turn.

Best Appearance: Captain America: The Winter Soldier, in which she solidifies her friendship and alliance with Steve Rogers (Chris Evans) beyond their initial encounters in 2012’s The Avengers. It’s Nat at her best, operating in between the shadows, a glimpse at what may lie ahead when she embarks on her own solo film.

Last Appearance: Captain Marvel, technically. In the first of two post-credits sequences, Natasha and Steve process the aftermath of the dusting. “I’ve had better nightmares,” she quips. Before long, the pair are joined by a new Avenger — indeed, the team’s namesake: Carol “Avenger” Danvers (Brie Larson), destined to help save the day in the next fight against Thanos (Josh Brolin).

Best Friends: Although she’s first introduced in the Iron Man franchise, Black Widow is more closely associated with Captain America these days, thanks to her central role in both Winter Soldier and Civil War. Through those films, she’s become close with Sam Wilson (Anthony Mackie), one of Steve’s other most trusted allies. On the SHIELD side of things, Widow has forged a closeness with Nick Fury (Samuel L. Jackson) and Clint “Hawkeye” Barton (Jeremy Renner), as well as the greater Barton family.

Worst Enemies: It’s a shifting target, depending on the problem at hand: whether it’s Loki (Tom Hiddleston) in the first Avengers film, Ultron (James Spader) in the second or Thanos in the third, Widow’s worst enemy is always the one causing the biggest problem — until we meet her true nemesis in the upcoming solo film, that is. Could it be Madame B. (Julie Delpy) of the Red Room program? There’s still some unfinished business there, to be sure.

Her Most Heroic Moment: There are a lot, but how about a recent example? In her biggest fight scene in Infinity War, Widow joins Okoye (Danai Gurira) and Scarlet Witch (Elizabeth Olsen) to take down Black Order disciple Proxima Midnight (Carrie Coon), a fight that felt impossible to win — only for it to end with Midnight’s grisly demise. Add it to the long list of excellent Black Widow battle scenes, which could (and should!) make for its own separate column.

Her Biggest Mistake: A long career spent assassinating people? Sure, let’s go with that, but only if we’re adding the obvious: Nat didn’t have much of a choice for most of her life, and once she was able to wrest back control over her destiny, she put her talents to good use as a SHIELD agent and as an Avenger. She’ll always feel like she has too much red in her ledger, but it undervalues the good she’s achieved in her years fighting among Earth’s mightiest heroes.

How the Apparent 'Avengers: Endgame' Runtime Stacks Up to Other Superhero Movies

Final Predictions: As the Marvel Cinematic Universe prepares to end its first major story arc, all eyes are on who is going to die. Are we at the end of the line for Tony Stark, Steve Rogers and Thor (Chris Hemsworth), the heroes who launched the Marvel Studios brand as we know it? Maybe, maybe not. There are arguments to be made in all directions. Here’s one person we can comfortably expect to survive, at the very least: Black Widow.

At long last, after years of speculation, Marvel stands ready to pull the trigger on a Black Widow solo film. Australian filmmaker Cate Shortland will direct the feature, which is reportedly set before the events of the Avengers movies. If true, then sure, Black Widow could very easily die in Endgame, and her future adventures in the MCU could actually center on the past. But let’s not kid ourselves: Marvel isn’t making a Black Widow prequel, at least not one that’s only set in the past. Why launch a brand new franchise without the possibility of future stories? If she’s nothing else (and she’s plenty else), Nat is a survivor. Of all the heroes who are going to make it through into Phase Four and beyond, she’s already on the list, even without the future film — and the future film puts her survival odds over the top. Of the six original Avengers, Black Widow is our pick as the safest heading into Endgame.

The exact specifics of Widow’s future, however, remain wildly unclear. She’s emotionally tied to so many different heroes, all of whom could fall by the wayside in Endgame. One expects there will at the very least be some emotional payoff to her brief romance with Bruce Banner (Mark Ruffalo), even if it doesn’t ultimately move forward. She began her tenure in the MCU alongside Iron Man, so there will very likely be closure between the two of them. Whatever future awaits Captain America, expect Nat to have some say in the matter.

How 'Avengers: Endgame' Could Set Up a Story That's Just as Big

Above all others, though, there’s Hawkeye, whose own fate is up in the air in the same way that Black Widow’s fate is on solid ground. Her first emotional connection to the MCU thanks to their scenes together in Avengers, Widow’s friendship with Hawkeye is destined to play an important role in the coming film epic. While the world mourns those who have been dusted, the Hawkeye storyline looks poised to present another argument: mourning the people who are still here but have been irreparably damaged. For Widow, losing a friend in Hawkeye thanks to him losing his own way could drive an intensely emotional storyline, one with lasting ramifications for her solo movie.

Even if they survive, Iron Man and Captain America will almost certainly leave the Avengers squad and the greater Marvel landscape for a while, once Endgame wraps. Expect a huge void in their wake, then — one that could and should be occupied by Black Widow, who could wield the proverbial shield as a new Avengers lineup’s central figure. Leadership isn’t Widow’s preferred speed, but she’s very likely to be the most senior member of the team once Endgame wraps. Calling it now: even as we’re heading into the last battle of the original Avengers lineup, Black Widow will be the one member of the first team carrying over into the next generation when it’s all said and done.

Last Hope: For another fight scene alongside Okoye, but with someone else occupying the Scarlet Witch role. Who should that person be? Take a guess.