Ahead of Avengers: Endgame, there was a year’s worth of speculation about the ending for its key players.

Perhaps no character faced more theorizing about his fate than Captain America (Chris Evans), whom many believed would die — in part because Evans had been open about retiring from the role. Now audiences finally know the fate of Steve Rogers, but is it really what it seems?

At the end of Endgame, Steve Rogers volunteers to go back in time to return the Infinity Stones to where the Avengers stole them from earlier in the film. He’s supposed to return to 2023 after his mission is done, but he remains in the past to live his life with Peggy Carter (Hayley Atwell). They had been separated at the end of Captain America: the First Avenger (2011), when Steve Rogers was frozen in ice. It was established in Captain America: Winter Soldier (2014) that Peggy ended up marrying after Steve’s apparent death and having children.

With the release of Endgame, audiences are left to wonder about the mechanics of time travel in the MCU. If future Steve had stayed to be with Peggy, wouldn’t that mean the existence that she created with her unnamed husband and their two children would be erased? Could that even mean that the MCU now exists on an alternate timeline?

Maybe not. What if the past wasn’t actually erased, because future Steve Rogers is Peggy’s unnamed husband?

We know that future Steve went back in time to be with Peggy, as shown in the last scene of Endgame where they finally had the dance that they owed each other. In that scene, Peggy and Steve are finally reunited and dancing in what looks to be their home.

Does 'Avengers: Endgame' Have a Subtle Post-Credits Message? 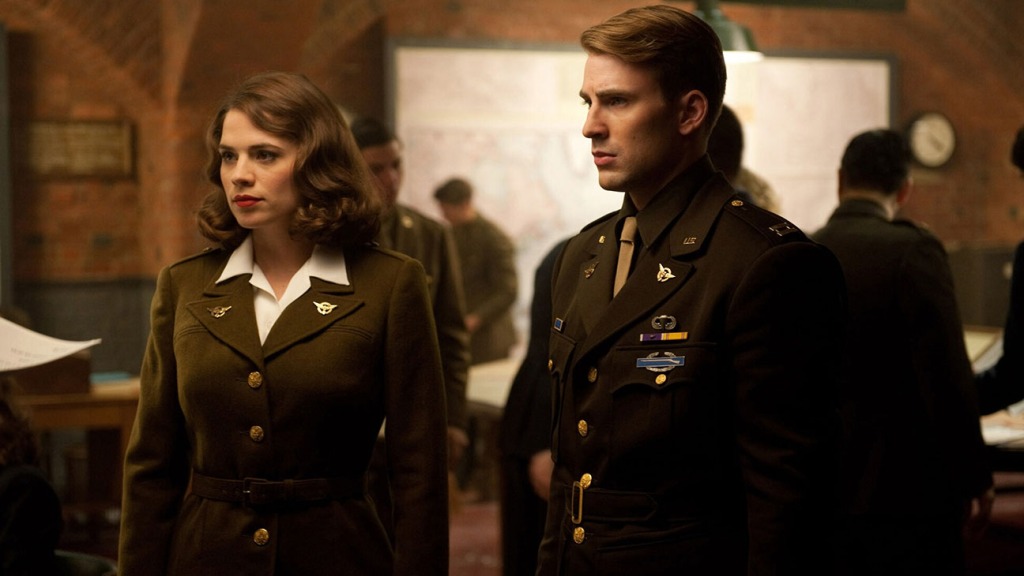 In Winter Soldier, Steve visits the exhibit dedicated to him at the Smithsonian Institution. He watches a video recording of Peggy from 1953, where she explained how, during the war, Captain America saved a bunch of men, including a man who would become her husband. Initially it sounds like it was a random soldier that Cap saved, but could she have been referring to Captain America himself since technically he saves himself as well?

In the same movie, Steve visits a 93-year-old Peggy in the nursing home where we learn she has Alzheimer’s. We see photos of Peggy with her children on the table, but no photos of her husband. She tells Steve she has lived a long and fulfilling life before going through an episode where she thinks Steve has come back to her. Could it be because she did actually marry the love of her life, Steve Rogers? Also, because she grew old with Steve, seeing a young Steve Rogers would trigger her to think he’s come back to her.

In Ant-Man (2015), we see a 1989 flashback in which Hank Pym (Michael Douglas) confronts SHIELD heads — Howard Stark (John Slattery), Mitchell Carson (Martin Donovan) and Peggy — about attempting to replicate the Pym Particles. During this time, Peggy is 68 years old and has a wedding ring on her left hand.

During Endgame, Steve and Tony go back to 1970 in New Jersey to steal the tesseract that was held at SHIELD’s military base at Camp Lehigh, the birthplace of Captain America. Hiding from soldiers looking for him, Steve sneaks into an office and sees an old photo of him on the desk. He then realizes the office belongs to Peggy and sees her through the window. During this time, Peggy would be almost 50 years old. It’s unlikely Steve went back to that year to be with Peggy, especially since she would have already had a family by then. But that does raise the question of why she would still have a photo of Steve on her desk if she was already married to someone else with a family of her own.

The best bet is Steve returned to the timeline between 1947 (the end of the Agent Carter series) and 1953 (where she revealed she was married, per the Winter Soldier Smithsonian footage) to be with Peggy. At the end of Avengers: Endgame, a 1940s-style car passed through the scene, confirming the era. This time frame would allow them time to reconnect and marry.

Many may question Steve’s slow physical aging. By the time he showed up in 2023 in Endgame, Steve would had been over 100 years old. But it’s likely that the Super Soldier Serum that granted him his powers also slowed his aging process.

Another question: Where was future Steve during Peggy’s time in the nursing home and at her funeral? Future Steve would had known when current timeline Steve would be visiting because he has already lived through it. He would know he had to keep his distance to keep the timeline intact. That is also why the photos on Peggy’s nightstand were of only her and their children.

But what about Peggy’s grandniece Sharon Carter (Emily VanCamp), who had a romance with Steve? Wouldn’t she recognize “Uncle Steve” as Captain America? Perhaps. But it’s more likely she would think only that they looked similar to each other but not suspect that they were actually the same person, especially since “Uncle Steve” was quite older than the Captain America she knows.

The same could go for Steve and Peggy’s entire social and business circle. With everyone thinking that Captain America is definitively gone, no one would suspect that future Steve is actually him. Peggy and future Steve would have taken great care to keep his true identity a secret. And it is because he needed to keep this secret that future Steve did not tell Sam Wilson (Anthony Mackie) the truth about his wife when Sam questioned him about his wedding ring at the end of Endgame.

There’s one other piece of evidence that supports this theory. The way time travel works in Endgame involves alternate realities. You cannot affect the future by going to the past. Rather, you would simply create an alternate timeline in which things are different — at least that’s what is suggested by the Ancient One (Tilda Swinton) when she tells Bruce Banner (Mark Ruffalo) that an Infinity Stone leaving would cause an alternate timeline.

In Endgame, Bruce explained to the team some of the laws of time travel. Each individual’s future is definitive. What if this entire time, Steve was meant to go back to Peggy and his future in the MCU all along was to return to her? Steve’s story has truly come full circle.

Steve Rogers is a good man who would not have ruined a marriage and broken up a family, or even caused such a family to cease existing. But if that was his own family all along, then this ending allowed him to keep his integrity intact while marrying his soulmate and fulfilling his future. It would also satisfy many of the fans, who have been anticipating this moment since 2011, waiting for Steve to get his happy ending and dance with his best girl.

Does 'Avengers: Endgame' Have a Subtle Post-Credits Message?