Don’t expect to hear Spider-Man dropping f-bombs or see the Hulk tear a person in half and litter the ground with entrails anytime soon. The Marvel Cinematic Universe is staying in the PG-13 lane, at least for the immediate future. Despite rumors to the contrary, Kevin Feige confirmed last week that Cate Shortland’s upcoming Black Widow, a prequel starring Scarlett Johansson’s super-spy, will not be rated R.

For anyone who’s been following along with Marvel Studios for the past 10 years, this news shouldn’t come as a surprise. Since Iron Man (2008), and mind you, this was before Disney came into the Marvel Studios picture, the MCU has made movies that the MPAA could easily put a PG-13 stamp on. Even films that dipped their toes into darker waters and sizable body counts, like Captain America: The Winter Soldier (2014) and Avengers: Infinity War (2018), were obviously a far cry from a modern R-rating. Some fans have suspected that the MCU might break free of the “limitations” that come with a PG-13 rating post-Avengers: Endgame, given Feige’s comments about a very different MCU and Disney’s impending acquisition of 20th Century Fox. But, Marvel Studios has built an audience and merchandising empire on the idea that its movies are family-friendly event films.

From the moment the R-rated Black Widow rumor started circulating, it seemed dubious at best. It was unrealistic to expect a franchise that prides itself in getting audiences of all ages to invest in every single entry of their cinematic universe to suddenly make a long-awaited solo movie about a prominent Avenger and strive for an R rating. Regardless of how the risk might pay off in the long run, Marvel Studios was never going to make a pic that would alienate a core audience that has followed Black Widow in the rest of her PG-13 movie appearances. However, Feige’s confirmation about Black Widow’s rating does open up a larger conversation about ratings within a cinematic universe, Disney and our expectations when it comes to bringing these comic book characters to life on the screen. 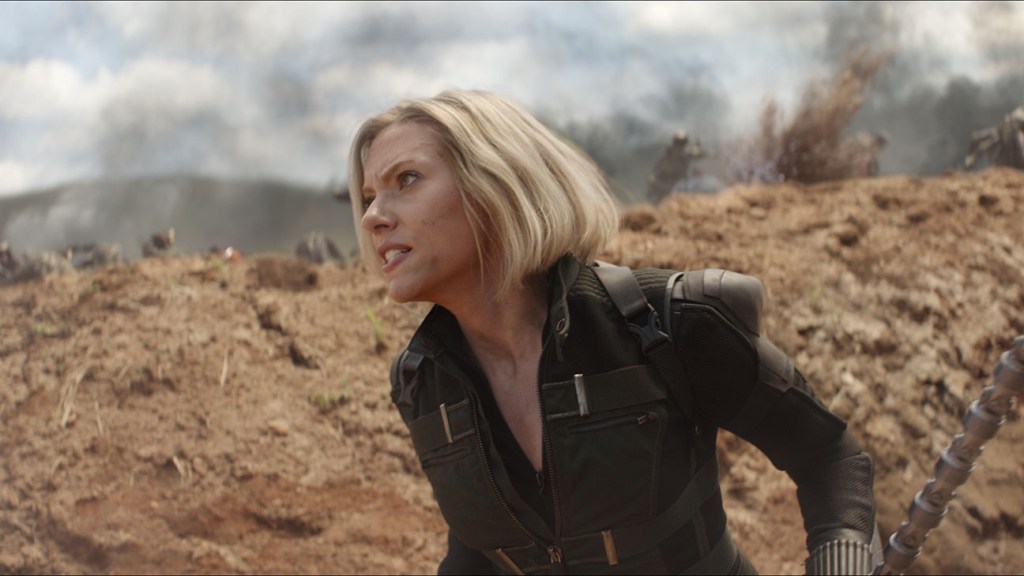 Up front, we should make it clear that the vast majority of superhero comics that come from the big two, Marvel and DC, if adapted straight from the page, wouldn’t necessitate an R rating. Though both publishers have issued adult content featuring some of their biggest characters in Marvel’s defunct MAX line and DC’s current Black Label and Vertigo, most of their stories fall under what would be comparable to a PG-13 rating. Marvel abandoned the Comics Code Authority in 2001, and DC, while its stories have often leaned into darker and more mature territory, didn’t abandon it until a decade later, in 2011. When it comes to discussing how these characters are brought to life on film and television, the conversation of comic book accuracy often enters the picture. But the distinction between a PG-13 and an R , even while recognizing that it’s based on the principles of the MPAA, which are often debatable, has less to do with accuracy and more to do with artistry. A PG-13 or R-rated Wolverine can both capture an accurate depiction of the character, but decision over bloodshed has less to do with staying true to the page than with allowing filmmakers to fulfill their vision and take creative liberties. 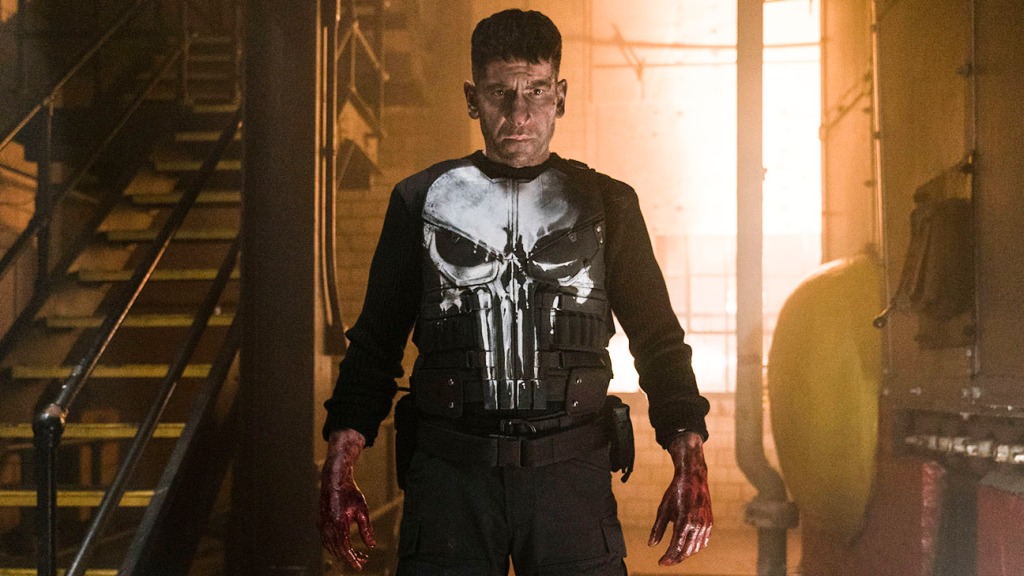 Other studios have found varying degrees of success with R-rated superhero movies, both before and after Marvel Studios’ inception. Blade (1998), Blade II (2002), Kick-Ass (2010), Deadpool (2016), Logan (2017) and Deadpool 2 (2018) have shown how an R rating can fully make good on these characters and find their audiences. Other R-rated offerings — The Punisher (1989), The Punisher (2004), Blade Trinity (2004) and Punisher: War Zone (2008) — failed to catch on for a number of reasons, though the latter Punisher entry has gained a cult following over the years for its uncompromising gore and aesthetic, courtesy of Lexi Alexander. Marvel films like Ang Lee’s Hulk (2003) and Ghost Rider: Spirit of Vengeance (2011) felt restrained by their PG-13 ratings, not because their comics necessitated sex, swearing and ultra-violence but because it felt like the filmmakers were more interested in examining these characters outside of the parameters of family entertainment than a PG-13 allowed for.

A lot of our consideration over whether these films should aim for a PG-13 rating or something more comes down to the filmmakers. Todd Phillips and Cathy Yan will take DC into the R-rated film landscape (bearing in mind the MPAA has yet to see either of these films) with October’s Joker and Birds of Prey (2020), respectively. Both filmmakers stand to make the best of their R-rated ambitions by breaking down certain expectations that come with superhero movies. The DC film universe seems less concerned about ratings consistency than Marvel Studios, and while it may alienate a certain audience, it also stands to create what could perhaps be a more tonally varied cinematic universe that attracts filmmakers looking to experiment within the genre.

Financially and creatively, Marvel Studios has managed to do just fine without an R-rated entry so far. Part of its saving grace, and the sense that its multi-platform cinematic universe was varied, has been its partnership with Netflix. Daredevil, Jessica Jones, Luke Cage, Iron Fist, The Defenders and The Punisher offered mature takes on these characters, allowing these series to explore violence, sexual assault, racial tensions and PTSD in a way that the films of the MCU would never permit. Marvel’s partnership with Netflix recently came to an abrupt and controversial end, leaving the state of these characters in flux. While fans mourn the cancellation of these series, there’s a common assessment that they never truly felt like part of the MCU. We got brief mentions of “the big green guy” and “the guy with the shield,” but the New York where these Defenders series take place never felt like the same New York where Spider-Man protects his neighborhood or where the Avengers reside. Part of this was due to the disconnect between Marvel television and the film division at Marvel Studios, but tone played a role as well. With the cancellation of these series, it wouldn’t be surprising if all or some of the characters were removed from MCU continuity to be reintroduced at a later date and carrying closer ties to the films. In the efforts to create a cohesive cinematic universe, Marvel’s past 10 years of films doesn’t feel like a space where R-rated content would seamlessly fit in. 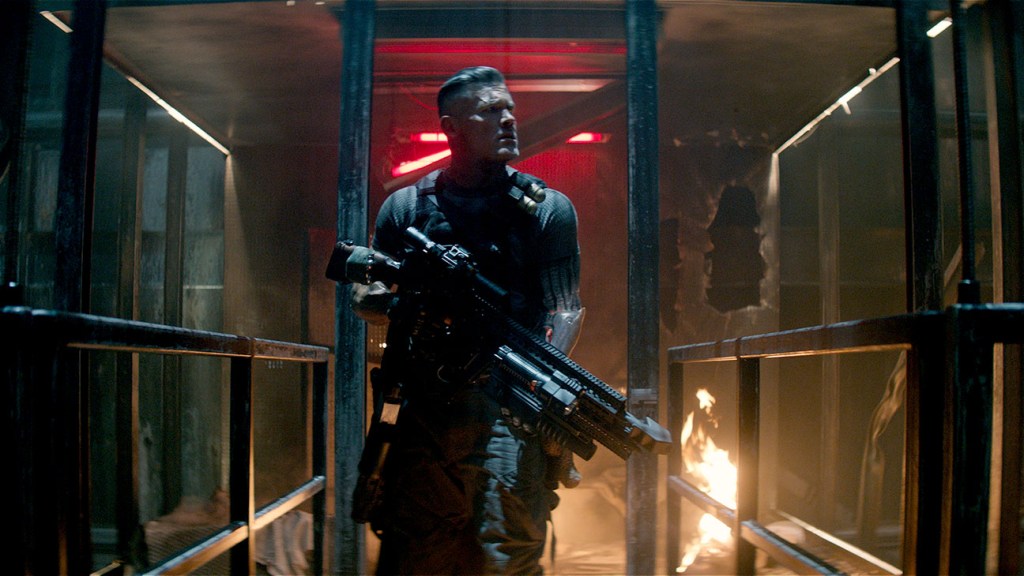 Later this year, Marvel Studios will bring content to the streaming service Disney+. The series known about so far, which will focus on Loki, Scarlet Witch and Vision, and Falcon and Winter Soldier, will be supervised by Marvel Studios head Feige (unlike the shows on Netflix, ABC, Hulu and Freeform) and will thus be closely tied to the films. Disney+ will apparently not carry any R-rated content, which, given Disney’s brand, is also expected. But with the acquisition of Fox and the R-rated properties that come with it, could R-rated Marvel Studios content be far off? Hulu, the streaming service in which Disney will own the majority of shares in once it acquires Fox, will be home to new mature animated series featuring MODOK, Howard the Duck, Dazzler, Tigra and Hit-Monkey. But it seems unlikely that any of those series will tie into the MCU. Disney chief Bob Iger has expressed interest in Disney developing an R-rated Deadpool movie, but would that character actually be in the MCU proper? There’s always a chance we could see R-rated Blade, Ghost Rider and Moon Knight content on Hulu in the future, but when it comes to Disney+ and, more important, theatrical releases, we shouldn’t get our hopes up. Should the Punisher show up in an upcoming Marvel film, be he played by Jon Bernthal or a newcomer, we expect his bullets to draw a lot less blood. Whether the MCU can sustain itself for the next 10 years with filmmakers and audience interest with only one rating remains to be seen, but PG-13 movies are our highest-grossing releases — and we’ve learned not to doubt their power.

Why It's Time for a Silver Surfer Movie