Iron Man, Hulk, Black Widow, Thor, Hawkeye, Captain America. The six founding Avengers are on a collision course with destiny in Avengers: Endgame, an adventure from which one or more of them may not walk away. As the end of the line draws near for the original heroes of the Marvel Cinematic Universe, The Hollywood Reporter’s Josh Wigler offers up predictions in a new series of Final Path columns, with all eyes on the six aforementioned Avengers and their deadliest enemy yet, Thanos. Up next: Thor.

As the mythical God of Thunder, Chris Hemsworth’s Thor rarely loses — at least, he doesn’t lose for long. But his final confrontation with Thanos at the end of Avengers: Infinity War definitely counts as a loss, not just for the greater notion of existence, but for Thor on a deep, internal level. Everyone wants to take another crack at the gauntlet-wearing goliath… but for Thor? It’s personal, to understate the matter.

Before Endgame, here’s one last look back at Thor’s journey through the Marvel Cinematic Universe, as well as where he may be heading next. 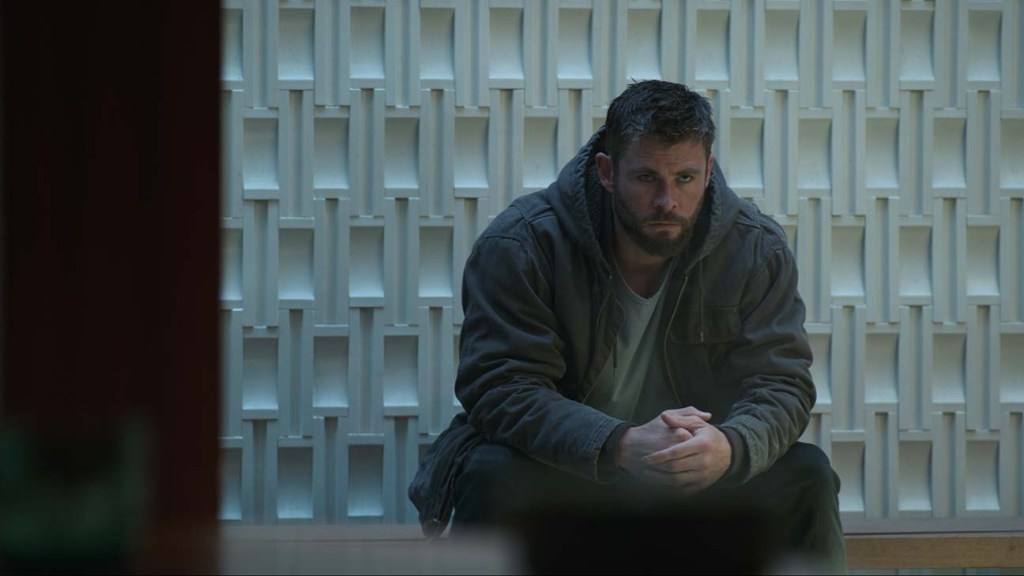 Powers: Exceptional strength and long lifespan, not to mention mastery over thunder.

Defining Quote: “I choose to run toward my problems, and not away from them. Because that’s what— [brief interruption due to getting smacked in the head with a ball] — because that’s what heroes do.”

Worst Appearance: Thor: The Dark World, director Alan Taylor’s 2013 follow-up. Easily one of the single worst entries in the MCU canon, Dark World‘s cardinal sin is its utterly boring nature, even if it does have one of the best cameos in the entire series: Chris Evans as Loki pretending to be Captain America.

Best Appearance: Thor: Ragnarok, director Taika Waititi’s 2017 installment in the franchise. With some of the other stalwart Marvel heroes, you can quibble back and forth about best appearances. With Thor, however, it’s really no contest. Under Waititi’s whimsical direction, Hemsworth fully hits his stride as “Lord of Thunder,” unleashing the full force of his comedic chops in one of the most dazzling and colorful comic book movies of all time, let alone within the Thor series proper.

Last Appearance: Avengers: Infinity War, which saw Thor searching throughout the galaxy for a weapon powerful enough to take on Thanos. Even with Stormbreaker firmly in hand, Thor was not able to bring down the Mad Titan, thanks to some tragically terrible aim.

Best Friends: The God of Thunder makes friends everywhere he goes. He’s just that kind of guy! If it’s within the proper Avengers squad, then he’s probably closest with Hulk (Mark Ruffalo), if only due to their journey through Ragnarok. These days, he’s taken quite the liking to Rocket Raccoon (Bradley Cooper), even if he can’t quite get the name/species right. In terms of the dearly departed, Thor has lost most of his closest friends: Heimdall (Idris Elba), the Warriors Three, and at least half of the Asgardian race. The good news? Valkyrie (Tessa Thompson) is still out there, somewhere.

Worst Enemies: Aside from Thanos, Thor’s accumulated quite the list of foes: Loki (Tom Hiddleston), God of Mischief; Hela (Cate Blanchett), Goddess of Death; Surtur (Clancy Brown), the Destroyer of Asgard; and Grandmaster (Jeff Goldblum), overlord of Sakar, just to name a few. Most of Thor’s core enemies are dead these days. Thankfully, much like Valkyrie, Grandmaster is still out there somewhere.

His Most Heroic Moment: Allowing Ragnarok to pass. At the climax of his final solo film (for now), Thor recognizes the truth about Asgard — it’s not a place, it’s a people. He recognizes that in order to save his kingdom, he must relocate it, and allow both Surtur and Hela to fall. It’s a bold and risky play, but one that pays off greatly — at least, until Thanos and his cronies roll up to the Asgardian escape vessel a little while later.

His Biggest Mistake: Not going for the head. 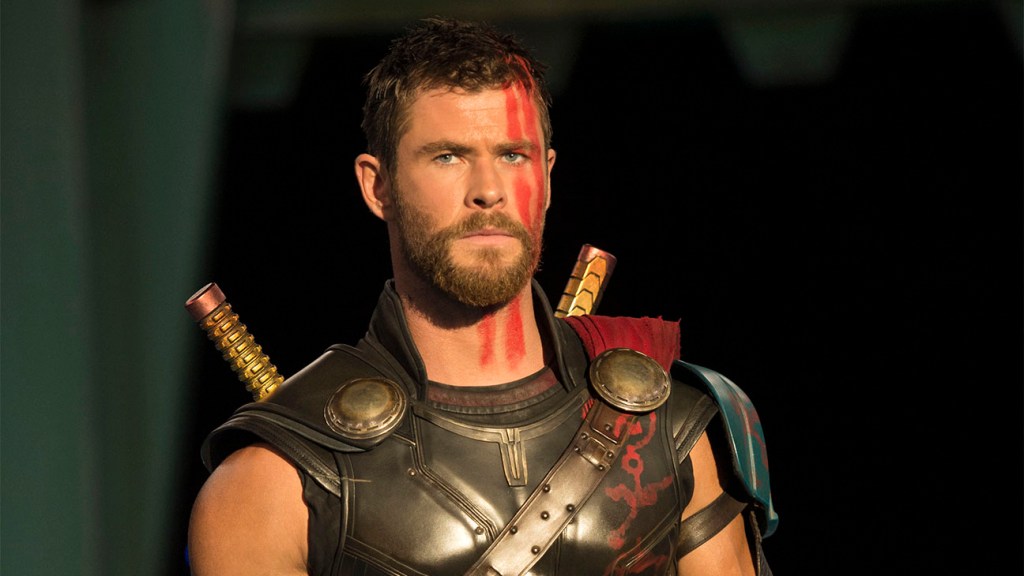 Final Predictions: Second time’s the charm, right? Someone has to take Thanos down — and if it’s not going to be Ant-Man (Paul Rudd) via the Marvel internet hive mind’s wildest theory yet (warning: you can read about it here, but make sure you finish whatever you’re drinking first), then it’s going to be the man who spent the entirety of Infinity War forging a weapon worthy of defeating the Mad Titan. And this time, Thor knows where to aim.

Beyond his role in taking down Thanos, what’s left for Thor to do? The man enters Endgame having lost so much: his brother, his best friend, half of his people, and now half of the universe’s population, thanks to the simple fact that he could not smash a weapon into Thanos’ face. Star-Lord (Chris Pratt) gets a lot of grief for ruining the initial team-up against Thanos, but he currently does not exist; it’s not really worth the effort blaming someone who’s already been dusted.

Thor, meanwhile, will likely blame himself, potentially leading us to a much darker, brooding version of the character, certainly in contrast to the jokester who appeared throughout Thor: Ragnarok, and even throughout Infinity War. The good news: Rocket’s still around, and his sheer presence should be enough to lift Thor’s spirits back into a place of levity before too long.

The Emotional Arc at the Heart of the 'Avengers: Endgame' Trailers

More good news: Thor’s people aren’t all gone. Valkyrie and the Asgardians are still floating about the universe, with Korg (Taika Waititi) and Miek to boot. At some point in Endgame, we’ll see a rallying of the Asgardian calvary moment, and potentially even a settling of the nomadic people. That nice slice of earth where Odin (Anthony Hopkins) was last seen feels like the right landing spot, doesn’t it?

So, the expectation: Thor’s Endgame arc will be a bit moody, before he reclaims his groove and delivers the killing blow against Thanos. How do we wind up with a scenario where Thor leaves the Marvel Cinematic Universe, then, as we’re presumably on the cusp of losing Iron Man (Tony Stark) and Captain America at the very least? Well, let’s shift…

Last Hope: …because our last hope merges nicely with a final prediction: Thor will not die, or at least will not die permanently. (Sometimes, Thor dies; it’s rarely permanent.) After several appearances in the wider Marvel universe, Hemsworth has finally hit his stride as Thor. Why leave now? With the landscape shifting so drastically post-Endgame, Thor is one of the characters who could most easily transition into other franchises; co-starring or supporting roles in Eternals, Guardians of the Galaxy, Doctor Strange and Captain Marvel all write themselves. Heck, no reason Marvel can’t continue the Thor franchise now that it’s found its tonal footing. Hemsworth may be ready to move onto other roles and projects, but please, for the love of Meow-Meow, may he still find room on his plate for continued work as the God of Thunder. How can he leave now, when he’s really just getting started?