Gods, monsters, spies, futurists, witches, kings, criminals and super-soldiers. They all make up the roster of the greatest onscreen superhero team audiences have come to know over the past 11 years. We’ve witnessed their triumphs, their defeats, their struggles, and their romances. We’ve come to see them not just as costume-clad super-beings but as human beings, as is the Marvel way that mythmakers Stan Lee, Jack Kirby and Steve Ditko developed so many years ago. But surprisingly, one of the most human characters to emerge from the Marvel Cinematic Universe isn’t a character who’s been part of the Marvel Universe since the beginning, and in terms of onscreen appearances, there was a time when we’d hesitate to even categorize her as human.

Yet, as it becomes undeniably apparent in Avengers: Endgame, one of the most meaningful considerations of what it means to be both Avenger and human comes in the form of Karen Gillan’s Nebula.

When Nebula first appeared in James Gunn’s Guardians of the Galaxy (2014), it was clear the filmmaker had an affinity for the mean-mugging cyborg. She was another freakish individual in Gunn’s cadre of endearing oddities, only she was far less endearing. While memorable, thanks to Gillan’s seething performance, Nebula was a secondary villain. She was given the potential to return for a sequel, but seemed destined for a small role in the MCU. As great as the MCU is, and as much development as its world-builders have put into its lead characters over the years, there’s the fact that the franchise has not always offered the most interesting material, or place to return, for supporting characters. Sif and the Warriors Three and the Howling Commandos, went on to hold little if any importance in the MCU following their initial roles in Thor (2011) and Captain America: The First Avenger (2011), respectively. And secondary villains like The Incredible Hulk’s (2008) Samuel Stern (Tim Blake Nelson) and Iron Man 2’s (2010) Justin Hammer (Sam Rockwell) were never seen again. Even villains whose appearance suggested major roles equivalent to the comics, like Crossbones (Frank Grillo) were quickly dealt with. Why should we have expected Nebula to be handled any differently? 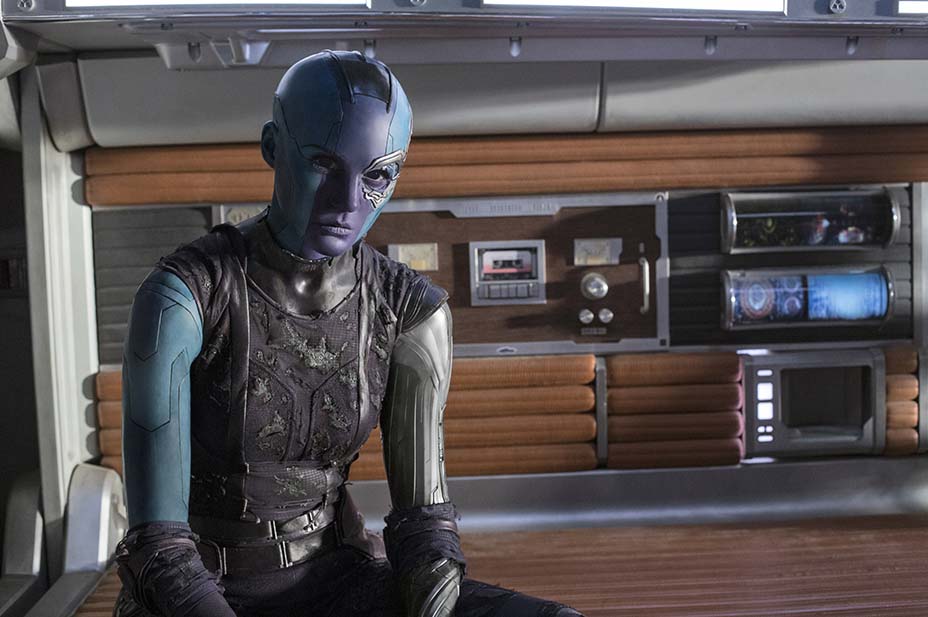 If there was one reason to expect anything more than supplemental villainy from Nebula, it was her role in the comic book event series The Infinity Gauntlet. Before Guardians, Nebula had never been a major comic book figure, but she was recognizable to comic readers. Created by Roger Stern and John Buscema, and debuting in The Avengers No. 257 (1985), Nebula was a space pirate in search of ultimate power, not markedly different from so many of the Avengers’ B and C-list cosmic baddies. But her drive for power led to her most notable appearance in Jim Starlin’s The Infinity Gauntlet, in which Nebula, claiming familial ties to Thanos, is rejected by the Mad Titan and tortured to the point of hideous disfigurement. Eventually Nebula was able to take the Gauntlet from Thanos as he moved beyond his physical body, and was set to become a threat to rival Thanos before being defeated by the Avengers. After that, she had very little presence in the Marvel Universe. While elements of this arc were carried over into the film, Karen Gillan, James Gunn and the Russo Bros. saw great potential in the character beyond a quest for power. 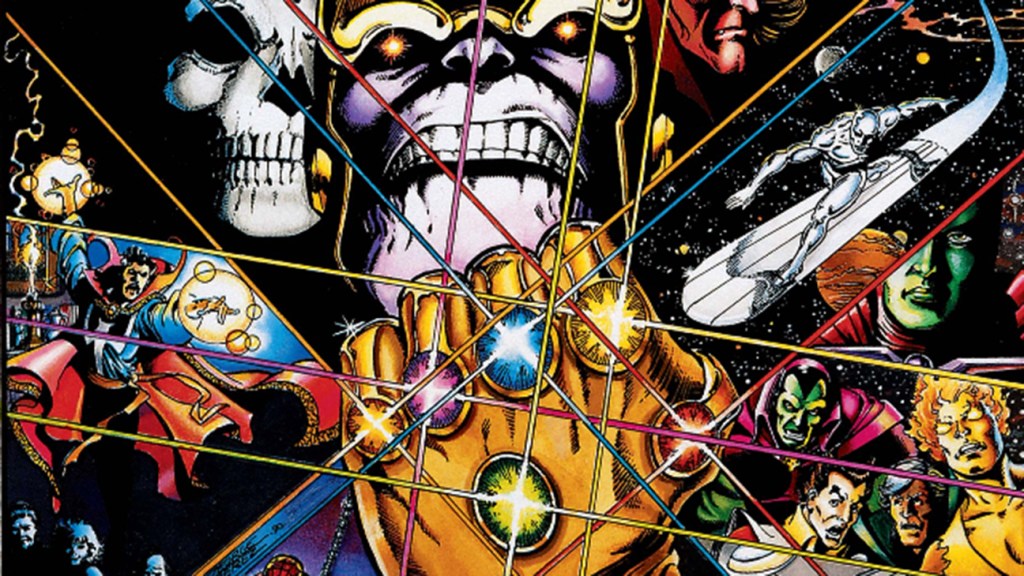 Endgame revolves around so many of Earth’s greatest heroes being broke, and losing sight of themselves in the aftermath of Thanos’ snap. But Nebula’s journey is one of continuous repair. When we come back to her five years later, we don’t find her in a state of ruin but one of heroism that’s expressed by a partnership with Rocket (Bradley Cooper and Sean Gunn) and a gold cybernetic part that lines the top of her head. We saw the seeds of this turn to heroism planted in Guardians of the Galaxy vol. 2 (2017), in which Nebula begins to make amends with her sister Gamora (Zoe Saldana) and promises to hunt down Thanos (Josh Brolin).

This arc is furthered in Infinity War and Endgame. Nebula remains a grump, but we see her tapping into the empathy that was so often denied to her. Two of the most touching moments within the opening minutes of Endgame are Nebula giving the last of her rations to Tony and taking Rocket’s hand as they remember their fallen Guardians. She becomes another way to represent this idea of change that drives these characters. We’ve seen characters change the terms in which they consider responsibility like Tony Stark (Robert Downey Jr.) and Peter Parker (Tom Holland) and we’ve seen the result of physical changes in Steve Rogers (Chris Evans) and Bruce Banner (Mark Ruffalo). But Nebula’s change is unique because it isn’t forced on her by her situation, or by an act of science. Rather it’s a result of her own reconsideration of what she deserves out of life.

The history of Nebula being torn apart and rebuilt by Thanos as punishment for her failures, and the torture we see her suffer in Infinity War are more than just reflections of the hardships of life. They are calculated forms of abuse, utilized in an effort to devalue her existence and worth. Thanks to the time travel at the center of Endgame, Nebula is able to confront her own feelings of self-worth by combating a previous version of herself, the one we first met in Guardians of the Galaxy. She attempts to tell this past version of Nebula, still in Thanos’ grasp, that she can be a hero, but her offer is rejected. This noteworthy moment alludes to the fact that Nebula’s turn to heroism wasn’t simply the result of a chance, an offer to be a hero, but a decision she came to on her own through an examination of her own free will. Nebula’s rise as an Avenger isn’t circumstantial, it’s personal and proactive.

In the Endgame’s final battle, Nebula has a chance to get her hands on the Infinity Gauntlet as the Avengers try to secure it. Years ago, this would have been the moment when we expected Nebula to give into all the pain and ugliness life had offered and used that power to become a despot. Yet, Nebula doesn’t even hesitate to get the gauntlet to safety when she gets her hands on it. There’s no struggle against her darker impulses, no questions of what if that could lead her to remake her image. Rather, there is only a commitment to her new role and humanity that isn’t defined by her appearance or victimhood. It’s Nebula’s ability to overcome overwhelming circumstances, and change, not because she must but because she desires it, that speaks to the triumph of the human spirit. Without a doubt, these superhero stories are our modern myths. And like all myths it’s big names we tend to remember first. But so many of the best ones, the ones that really allow us to understand each other with compassion, come from the most unexpected places and feature characters whose names were once spoken infrequently. The story of Nebula, the cyborg who became a Guardian and Avenger is one the Marvel Cinematic Universe’s best and most empowering myths.