Avengers: Infinity War boasts the most star-studded cast of any superhero movie ever.

On Friday, directors Joe and Anthony Russo will reveal how they managed to give each of the dozens of characters their due in the Marvel Studios film. Only slightly less challenging: giving the large cast their due on the film’s posters. Throughout its three Avengers movies, Marvel Studios has always given top billing to its most bankable hero — Robert Downey Jr. — but the other spots have been up for grabs.

Why is that? First, let’s take a look at who got top billing for all the Avengers movie posters to date:

Downey is the undisputed leader of the Marvel Universe. He was its first star, the studio’s anchor since 2008’s Iron Man. Not only has Downey been billed first in the credits, he has also appeared front and center on many, many posters.

Downey is Marvel’s highest-paid star and from a box-office perspective, that has made sense. Until February’s Black Panther, no MCU movie had crossed the $1 billion mark without Downey in the cast. Those numbers prove that Tony Stark is not only the group’s “genius, billionaire, playboy, philanthropist,” but also the one deserving of center stage. 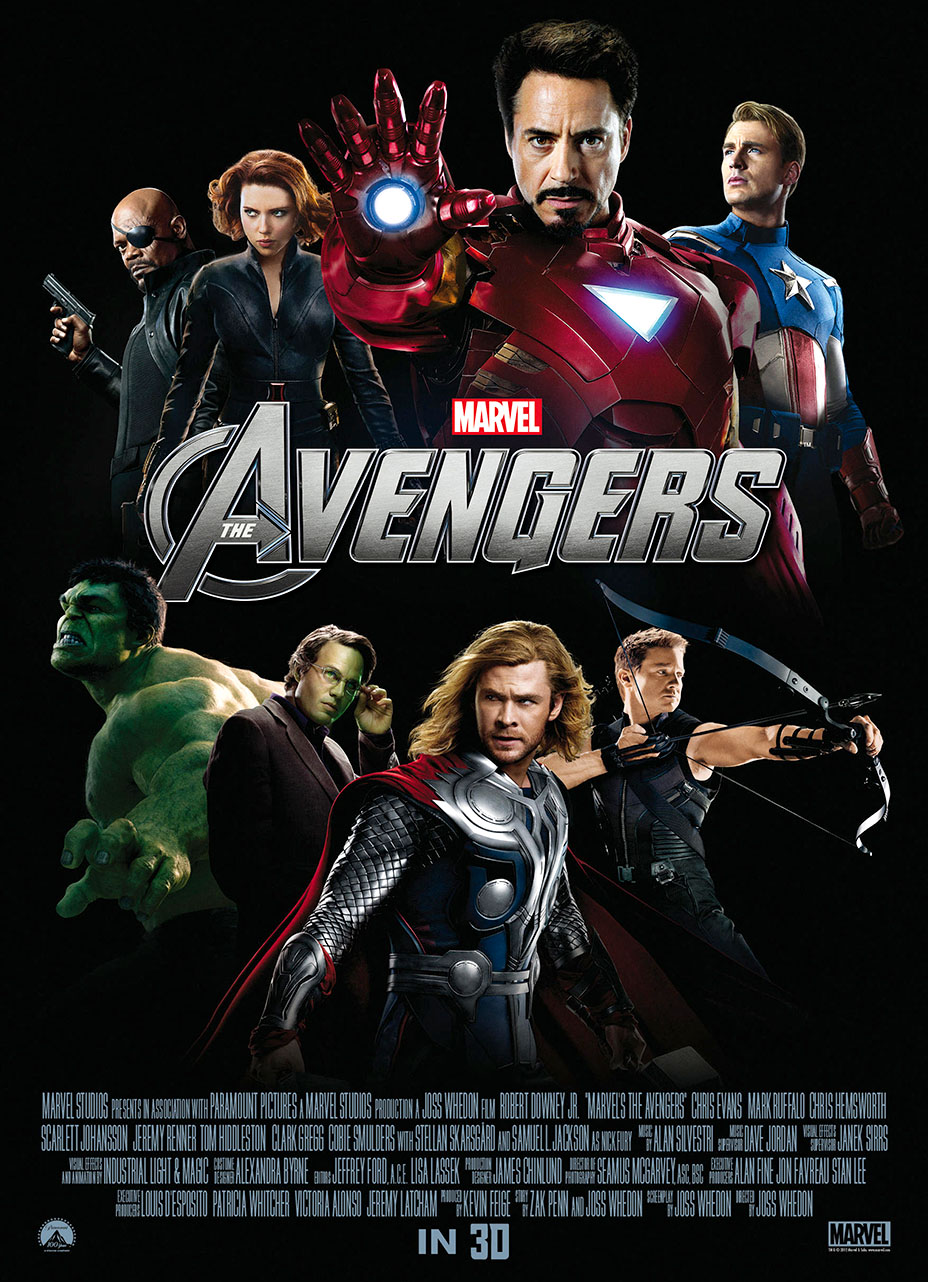 In Avengers, Evans was credited second, which could be attributed to him having just made his Marvel debut in July 2011’s Captain America: The First Avenger. The film earned $370.6 million worldwide, resulting in Evans becoming a new force in the MCU. It likely helped that the coda of First Avenger led directly into Avengers, with Nick Fury (Samuel L. Jackson) showing up to give him a mission. (Hemsworth’s Thor opened two months earlier than First Avenger, in May 2011.)

But when Age of Ultron came around, Hemsworth dethroned Evans for the No. 2 spot, while Evans fell all the way to No. 4 behind Ruffalo.

It was a curious move; just a year earlier, Evans’ 2014 film Captain America: The Winter Soldier became one of Marvel’s most acclaimed films, and earned $714 million worldwide. (Hemsworth’s 2013 movie Thor: The Dark World earned $644 million and is Marvel’s worst-reviewed movie to date.) Still, Hemsworth’s career had more mainstream heat than Evans’, as he’d distinguished himself in Ron Howard’s Rush (2013) and signed up for a number of studio roles. Meanwhile, Evans had spent his time outside the MCU indulging in his passion for indie filmmaking with his directorial debut Before We Go (which opened a few months after Ultron).

For Infinity War, Hemsworth and Ruffalo retained No. 2 and No 3, respectively. That comes after Hemsworth’s Thor: Ragnarok marked the actor’s most successful solo film yet, surpassing an $853 million gross (Ruffalo co-starred). 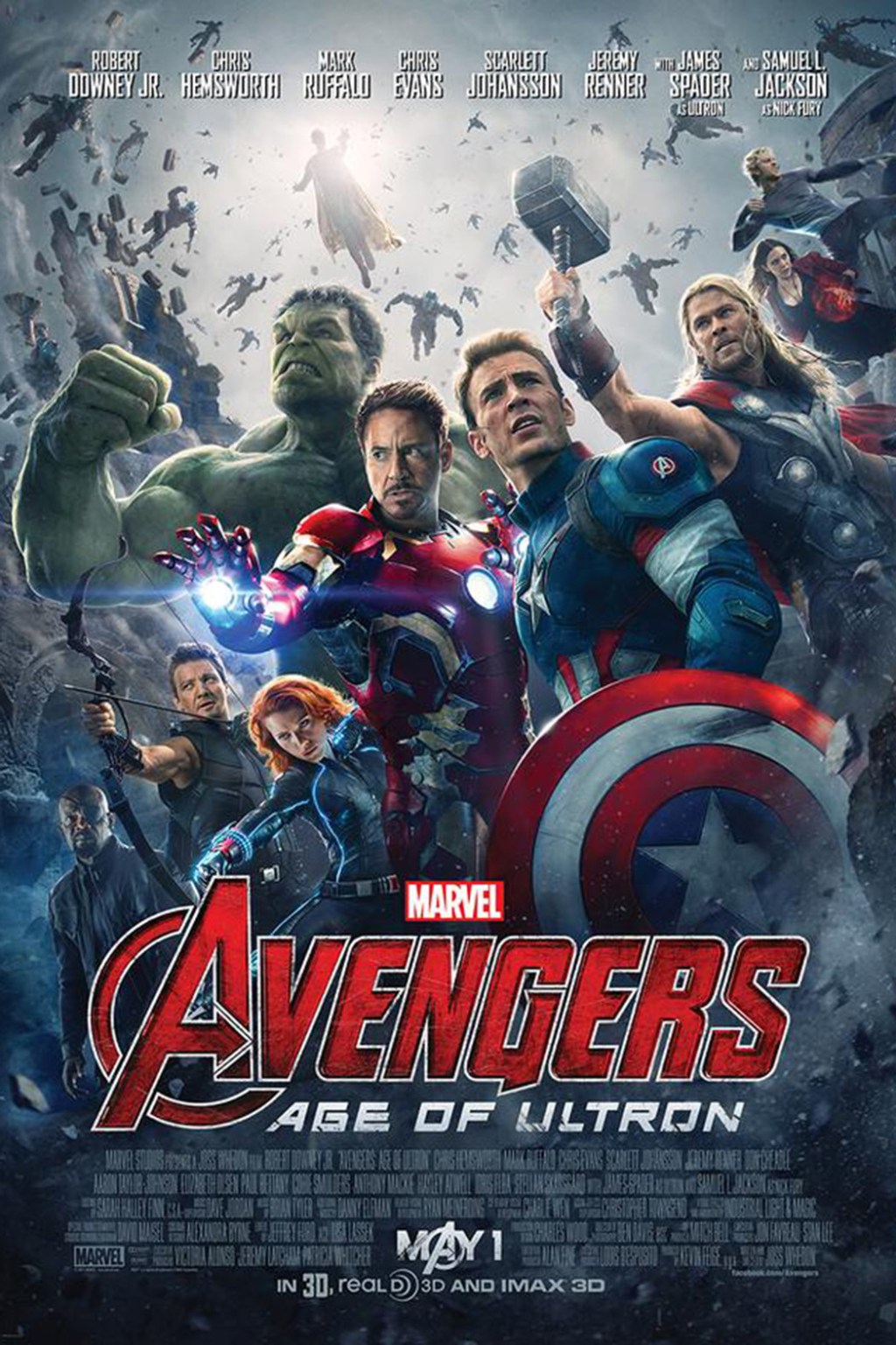 Though originally credited second in the first Avengers film, Evans was billed fourth in Ultron, finding himself sandwiched between Ruffalo (keeping the third billing slot) and Johansson (fifth billing). Ruffalo and Johansson — who is arguably the biggest star career-wise outside of the MCU — also happen to be two of the Avengers who have yet to star in a solo film.

Ruffalo’s third-billing position ahead of Evans could be attributed to his film career outside the MCU. Ruffalo has earned supporting actor Oscar nominations for 2010’s The Kids Are All Right, 2015’s Foxcatcher and 2015 best picture winner Spotlight.

Between Ultron and Infinity War, there were no changes in the rankings of its top-five stars. And on all three movies, Downey has been No. 1, and Johansson has been No. 5, even though outside of the MCU, she enjoyed a big hit with 2014’s Lucy and voice-starred in Oscar winners Her and The Jungle Book (maybe there is a superhero glass ceiling, at least when it comes to Avengers posters).

How 'Avengers: Infinity War' Is Selling the "End Is Near" for a Neverending Series 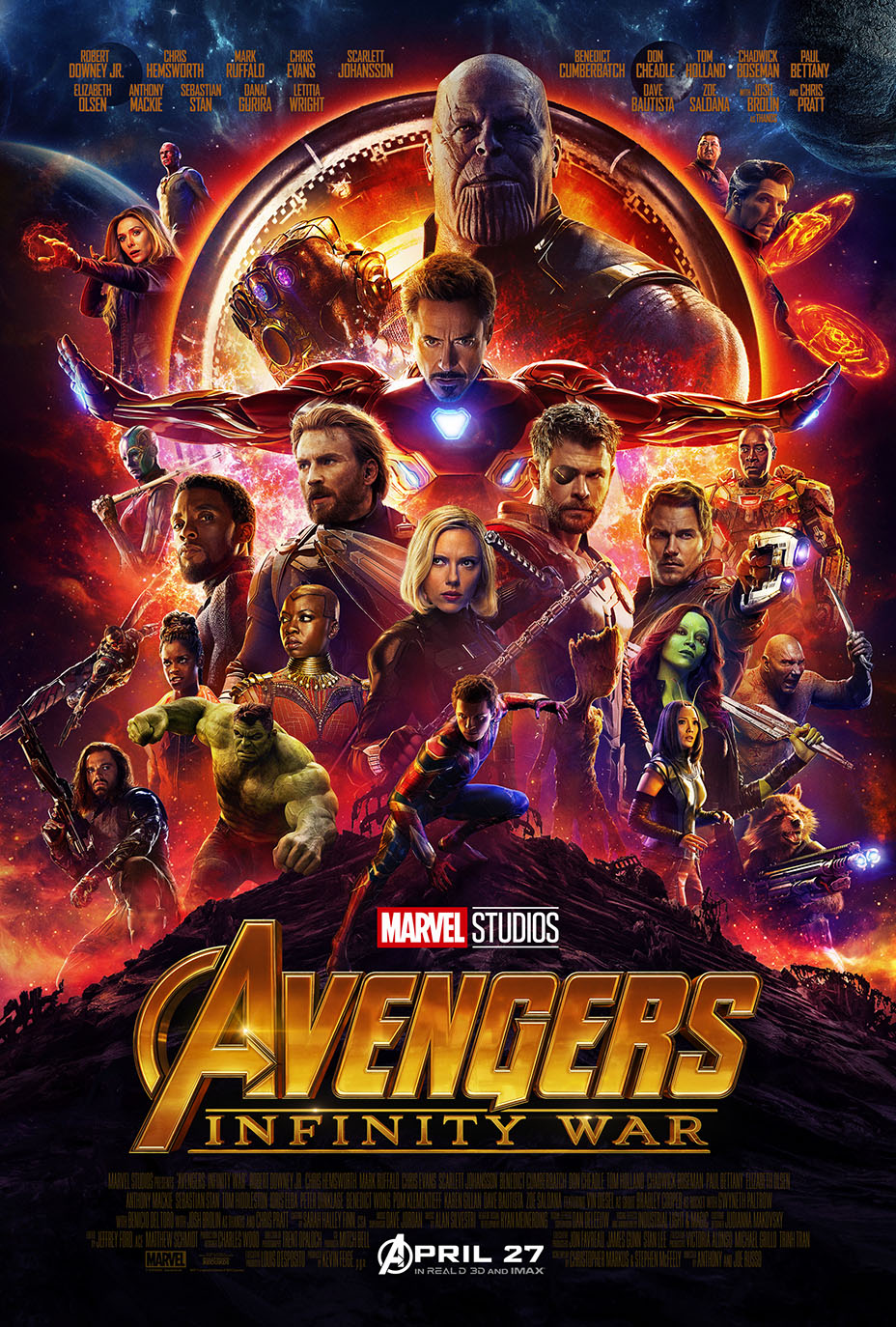 The second tier of the posters also reveal some surprising things, with Cumberbatch, Cheadle, Spider-Man: Homecoming‘s Tom Holland, Black Panther‘s Chadwick Boseman, Paul Bettany and Elizabeth Olsen credited. Though Holland and Boseman have each had their own solo films, they somehow failed to be worthy contenders against Cumberbatch and Cheadle. Could Cumberbatch and Cheadle’s bigger star power be attributed to their billing placement? Cheadle is an Oscar nominee who has been with Marvel since 2010. Cumberbatch is also an Oscar nominee who has been in a number of other franchises (Star Trek, The Hobbit) outside of the MCU.

But what about Boseman? Since the first Infinity War posters were released, he has become one of the biggest stars in the world thanks to the success of Black Panther, which has become the top-grossing superhero film of all time in North America, earning a domestic total of $659.3 million, which also makes it the third-highest-grossing title of all time at the North American box office behind 2015’s Star Wars: The Force Awakens ($936.7 million) and 2009’s Avatar ($760.5 million). It has also collected $1.3 billion worldwide — more than any other Marvel movie that doesn’t have Avengers in the title.

Box Office: 'Black Panther' Sails Past 'Titanic' to Become No. 3 Title of All Time in U.S.

Though he was introduced to the Marvel lineup with an appearance in Captain America: Civil War, Holland’s résumé could be considered short when compared to Cumberbatch and Cheadle. Prior to the release of Homecoming in 2017, Holland’s best known roles included his starring alongside Hemsworth in In the Heart of the Sea and with Charlie Hunnam in 2016’s The Lost City of Z.

In the third and fourth tiers, the film’s supporting actors are featured, such as Captain America’s Anthony Mackie and Sebastian Stan; Thor’s Tom Hiddleston and Idris Elba; and Doctor Strange’s Benedict Wong. The final names listed are the Guardians of the Galaxy team, with Zoe Saldana credited followed by Vin Diesel and Bradley Cooper with an “as Groot and Rocket” credit. The lead Guardian himself, Pratt, is featured on the rear, a placement that Samuel L. Jackson occupied in the first two Avengers films. Though not credited first despite a $773.3 million gross for their first installment and $863.8 million gross for the second, the Guardians billing could be Marvel’s way to simply attract attention to the final block in the billing structure.

Noticeably absent from the credits are the Avengers’ resident archery enthusiast Hawkeye (Jeremy Renner) and Ant-Man’s Paul Rudd, both also omitted from the overall poster image. While theories have stated that Rudd’s Ant-Man is simply hidden in the poster somewhere, their not showing up is an ongoing mystery.

Marvel Studios’ Kevin Feige has addressed this himself, calling the fan interest in the hero being MIA “one of the best things that ever happened to Hawkeye.”

With Marvel billing Avengers: Infinity War as the end of the journey that started 10 years ago, it’s possible this could be the final movie to feature all of the Avengers (here’s to hoping Captain America survives). But no matter what, it will be interesting who jostles for supremacy come 2019’s Avengers 4 poster.