That one really, really hurt.

Of all the moments in Marvel Studios films through the years that have tugged at the heartstrings, none hurt as bad as that one loss toward the end of Avengers: Infinity War. And it is time to talk about it and discuss why its impact is felt so much more than others.

To reiterate the above warning, there are major Infinity War spoilers ahead.

It was hard to watch a number of heroes disintegrating toward the end of the film after Thanos (Josh Brolin), with all six of the Infinity Stones in place, snapped his fingers to eliminate half of the universe’s population, but Peter Parker’s (Tom Holland) demise was particularly brutal. In Tony Stark’s (Robert Downey Jr.) arms, through tears, the teen pleaded with his mentor not to let him die (“Please, I don’t want to go. I don’t want to go, sir.”). Then, the apology.

At the Hollywood premiere, the packed auditorium was filled with sniffles at that moment. It was hard to watch, and I would argue it transcended what these “popcorn films” have been criticized in the past for lacking: deeper emotional substance. It is also worth noting this scene was one of the most pirated through the weekend, with Disney trying to block it on YouTube as fast as users could post it.

Prior to Infinity War, three Marvel Cinematic Universe deaths that come close to the emotional impact of Peter’s were the demise of adult Groot (Vin Diesel) in Guardians of the Galaxy, the death and funeral for Yondu Udonta (Michael Rooker) in Guardians of the Galaxy Vol. 2 and the death of Phil Coulson (Clark Gregg) in The Avengers. All three deaths had fans tearing up, as did Gamora’s (Zoe Saldana) death in Infinity War, though she was ready to die if need be (obviously not for that cause).

Where Do the Avengers Go Now?

But that Peter Parker scene was just savage. Here are a few thoughts on why:

Peter, in that moment, was just a terrified kid, not an adult hero like the others. Holland’s performance was incredible; the audience felt just as helpless and hopeless as Stark as we all looked on for a few moments before the teen began to disintegrate. His spider-sense likely keyed him into what was happening, which explains why his demise was more drawn out.

And it was totally unexpected for a portion of moviegoers. Yes, most fans figured that at least one hero would die in this film — and directors Joe and Anthony Russo have alluded to fans not getting too attached to anyone. But still, Parker was likely the last character suspected to die. And yes, this plot is all laid out in the comics — it’s clear that Peter Parker, T’Challa (Chadwick Boseman), Star-Lord (Chris Pratt) and the rest of the heroes will be returning for sequels —  but watching the youth beg for help from his mentor…painful. 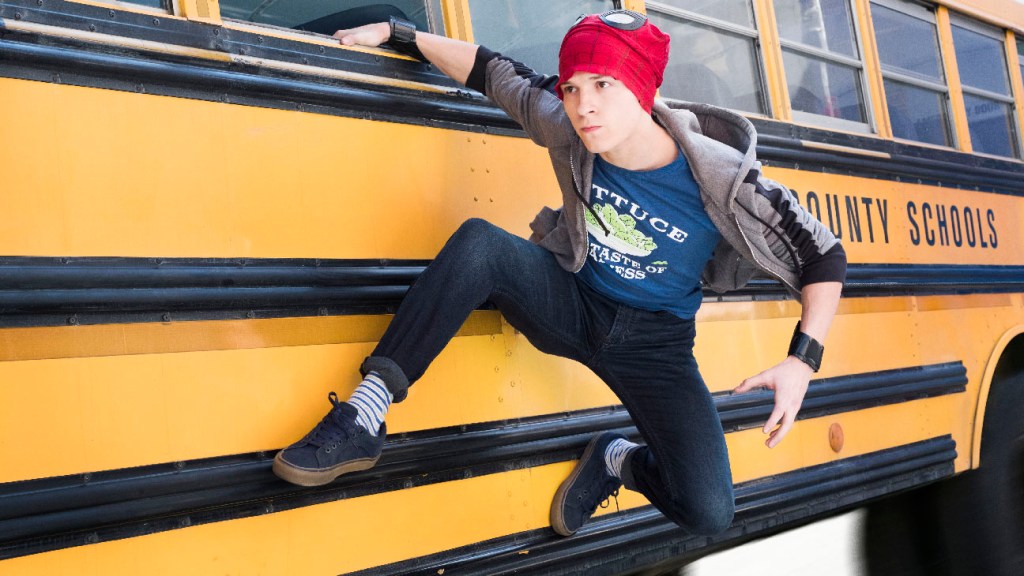 It harkens back to that moment in Spider-Man: Homecoming, toward the end when Peter was crushed by debris and was calling out for help, with no one to hear him. That never really felt like a complete no-win situation, because of course he was going to get out of it, but his demise at the hand of Thanos — total hopelessness.

Of course Peter is everything Stark would want in a son, and that is why he is so protective of him, which was apparent when he was angry that Spider-Man stayed on Maw’s spaceship when Tony told him to go back to earth.

Now, is Peter Parker really gone for good? Of course not. Who knows what is going to happen in Avengers 4 with that Time Stone — and he’s starring in his own Spider-Man sequel next year. But still, that moment of losing Parker cut deep and that look of complete despair and heartbreak on Stark’s face was matched by many in the audience.

Where Do the Avengers Go Now?