The trailer for one of the most ambitious blockbusters of all time has finally arrived, and Heat Vision is here to take a closer look. Does the Avengers: Infinity War trailer live up to the hype? Is it surprising that Thanos only has two stones in his Infinity Gauntlet? And is someone going to die?

Aaron Couch: This successfully puts some of the “new kids” (Black Panther, Doctor Strange, Spider-Man) front and center while letting the old guard be the seasoned heroes and in the spotlight as they should be. Tony Stark is the first through the door at the Sanctum Sanctorum when there’s trouble in New York. Black Panther issues perhaps his most important command, “Get this man a shield,” and Captain America is soon leading troops into battle. Just as Civil War truly was a Captain America movie (no matter how many Avengers were in it), this trailer signals that no matter how many newer characters there are, the Avengers we started with years ago are going to get their due.

Ryan Parker: I love this trailer. It was all I wanted it to be. With the introduction of each new character, I moved a little closer to the edge of my seat.  And I love the callback to Nick Fury’s previous speech in Avengers.

Graeme McMillan: I am the misery guts who was left going, “Yes, this was pretty much what I expected,” but left mostly unstirred. It hit all the necessary beats, but didn’t really offer anything surprising beyond that. It was … good, I guess? But I was hoping for the “What is that? I can’t wait!” feeling I got from the first Last Jedi trailer, perhaps unfairly, and I didn’t get it.

Couch: I guess someone has to be the grump, Graeme. People complain Marvel doesn’t have memorable music, but I was struck by what they did with the Avengers theme — the lone piano notes underscoring Nick Fury’s “There was an idea …” monologue. It may have taken a few films, but can we admit now the Avengers theme really does have some emotional currency?

McMillan: If you hear something enough times, the Pavlovian response will eventually kick in, Aaron. (I’m being unjustly snarky; the Avengers theme is one of the few recognizable Marvel themes, so it deserves some credit.) 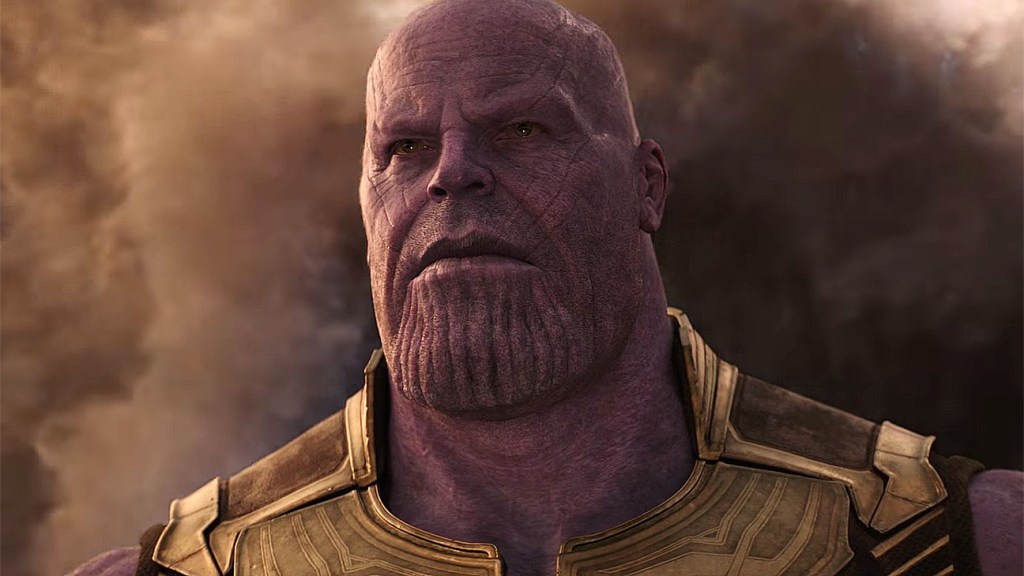 Parker: Thanos is nowhere near as menacing as I was expecting. I don’t know why. Josh Brolin sounds great. He just looked like another alien. Perhaps when we see his powers in action. But, from this trailer, if you weren’t familiar with the comics, your takeaway might be, “Meh …”

Couch:  What?! Maybe that’s because you haven’t seen him pull a moon from the heavens … as he did in the D23/Comic-Con footage. Don’t worry. You will be menaced. We see him with two Infinity Stones in his glove. He will get more. We haven’t seen anything yet.

McMillan: His only having two stones was a surprise for me — for some reason, I thought that Infinity War would be the movie where Thanos already had the stones and was going to do something with them. After all, he’s been looking for them for five years by this point. If War ends up being the prologue for Avengers 4: This Time, It’s the Thanos Story You Thought You Were Getting Last Time, I’ll be disappointed. I’m with Ryan on how disappointing Thanos looks, too; taking him out of his traditional costume, and getting rid of the helmet most of all, feels like a mistake. He just looks like a generic purple Bruce Willis alien without it.

Couch: I am genuinely shocked by your reactions. It’s one of the better mocap looks I can remember, outside of the Planet of the Apes trilogy. I guess if this is all about him gathering the stones, that could be a little disappointing, if only because we just saw Justice League center on a villain gathering items to gain ultimate power. Then again, isn’t it going to be tough to make a movie work if Thanos is already all-powerful? As great as the ‘90s Infinity Gauntlet comics were, isn’t a lot of it Thanos sitting around out in space talking about his obsession with Death, rather than doing things? That doesn’t sound super cinematic.

McMillan: I mean, most of Infinity Gauntlet is what’s left of the superheroes in space trying to kick Thanos‘ ass and failing, which could make for a pretty visually spectacular movie if the effects were up to it. This is now pretty much what I’m expecting Avengers 4 to be, after this trailer, to be honest. Given the appearance of the Black Order (read about them here) and what looks like lots of Earth-bound fights, I’m now expecting Infinity War to draw from the 2013 Infinity comic book miniseries, which had Thanos come to Earth for … some other reason that wasn’t even that important in the long run. (To find his missing son, I think.)

Parker: For as much as I loved it, I wasn’t thrilled for the kicker. I was so excited to see the Guardians of the Galaxy in action with other Marvel heroes that the moment at the end was unsatisfying. Just seemed like a throwaway gag.

Couch: Wrong, Ryan. It was perfect. It’s a reminder that, oh yeah, it’s going to be a lot of fun to have the “weird outsiders” of the MCU meeting these folks for the first time.

Parker: Yeah, yeah. Says the guy who already saw the Guardians in action in the D23/Comic-Con footage. Of course you’re in good shape! I’m jonesing!

McMillan: I’m more cautious, but ready to see more. If nothing else, I want to see the Black Order in action in the next trailer. But yeah, the Thor/Guardians bit seemed … disappointingly rote? Although I do like that Marvel’s doing post-credit sequences in trailers now. 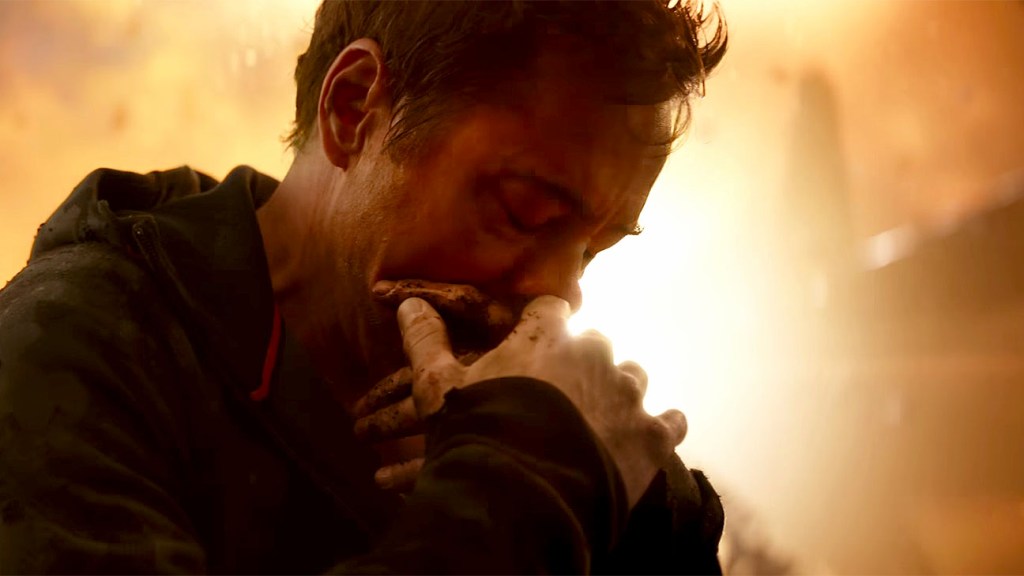 Parker: I think someone dies in this film and that opening shot of Tony Stark, who appeared to be crying, is the spoiler to that news. So long, Cap?

Couch: I’m pretty sure that would be Vision. He gets his Infinity Stone yanked from his head, and that stings.

McMillan: Nah, it’s got to be someone more high profile, surely? We’ve only seen Vision in a couple of movies, and he’s a robot so he could probably be rebooted in some form or another. My money’s on Black Widow, for some reason. Just after she explains why she’s suddenly got white hair for no immediately obvious reason, preferably. That’ll teach all the fans for asking about her getting a solo movie!

Couch: I’m getting that preemptive sadness a little bit about saying goodbye to these characters. It’s like when you are watching a great show like Game of Thrones and its season three and you know you have years left. Now all of a sudden we’re down to (likely) just two more movies and 18 months left before we say goodbye to Tony, Cap and the rest of the original Avengers.

McMillan: Giant sacrifice at the end of Avengers 4? What a way to go, if so. Can’t wait to see the trailer for that.