The new trailer for Avengers: Infinity War lays out Thanos’ ambitions pretty clearly: He wants to get the Infinity Stones so that he can, in the words of Gamora, “wipe out half the universe.” That’s not a rough estimate, as Thanos himself points out later in the trailer. “When I’m done, half of humanity will still exist.” Glass half-full outlook aside, what’s with Thanos’ obsession with 50 percent?

In Marvel’s comic book mythology, it comes from a place of love. The 1991 series The Infinity Gauntlet, which provides some of the inspiration for Infinity War, sees Thanos murder half of all life in the universe with the literal snap of his fingers that Gamora warns of. By the opening of that series, Thanos had already gathered all of the Infinity Stones (or Infinity Gems, as they were known at the time) and possessed, as the breathless narration put it, “the unbridled power of a god! No longer do the laws of nature bind him. His will can bend the very fabric of reality. He is all and all there is is now his to command.”

Despite all of that, things weren’t going well for Thanos. In love with death — the abstract concept, although she was personified as a beautiful woman in a robe, because comics — Thanos felt spurned by the object of his affections despite his newfound deity; heartbroken and angry, he remembers what he was told by death when it resurrected him months earlier: that life and death were no longer in balance thanks to technology allowing life to be extended artificially, throwing everything out of whack as a result. He sees an immediate way to please death, and restores order by immediately killing 50 percent of everything living. 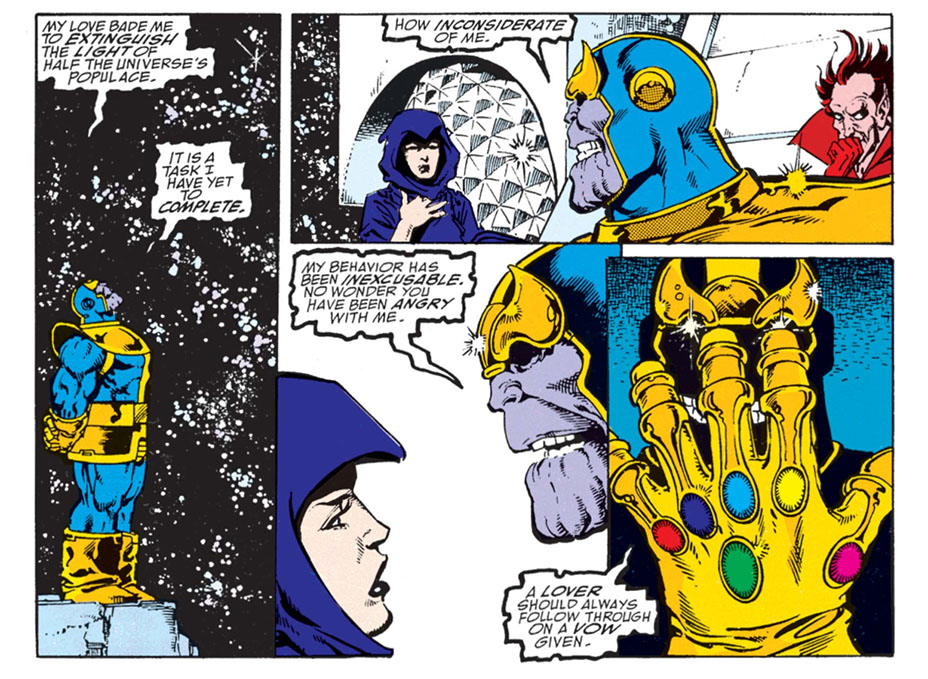 (This, of course, doesn’t go unnoticed by those still living, which just so happens to include most of Marvel’s A-list characters. What are the odds?)

Whether or not the movie version of the character’s motivation is going to have similar origins remains unclear; Marvel Studios head Kevin Feige is on record as talking about Thanos being concerned that “life [is] expanding outward unchecked,” something the villain believes “will bring ruin … to the universe and to that life.” (The trailer’s line about “half of humanity will still exist” underscores the idea that Thanos thinks he’s being a good guy with all the mass murder, notably.)

As to whether or not the movie Thanos’ suspicion that life is bad comes from a love affair with death, that’s less clear, however. Perhaps it should be remembered that, way back in Thanos’ first onscreen appearance in 2012’s Avengers, he’s told that to challenge humans “is to court death” — a concept that provokes a smile. What if that line was intended more literally than it seemed at the time…?

Avengers: Infinity War will be released April 27, at which point audiences will find out all about Thanos’ intentions and dating habits. (One of those, at least, will be true.) 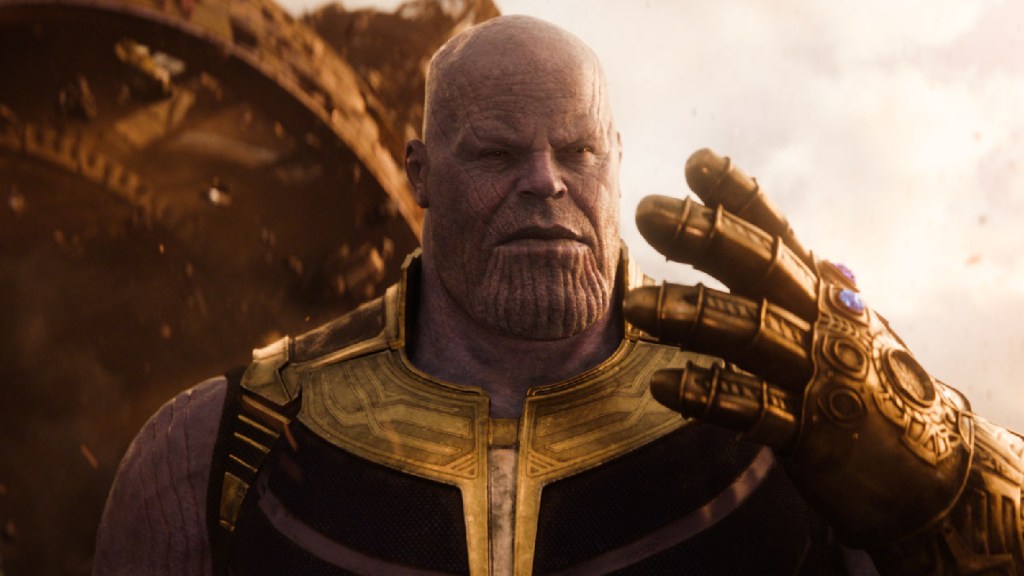