It turns out that Saturday’s blockbuster trailer for Avengers: Infinity War wasn’t the only big reveal from the 2018 Marvel Studios release.

When Thanos finally shows up in Infinity War to take on Earth’s Mightiest Heroes, it looks like the villain (played by Josh Brolin) won’t be alone. As was teased at D23 Expo Saturday, he’ll be accompanied by the Black Order — and while the name alone might sound threatening enough, fans Marvel Comics know just how much of a problem they’ll prove to be for the good guys.

First, here are the images of four statuettes revealed at D23 (which the Marvel Studios tweeted out, along with the words, “Major reveal alert! The children of Thanos, with Thanos himself, Josh Brolin!”). They’d literally been covered in shrouds until the big reveal. 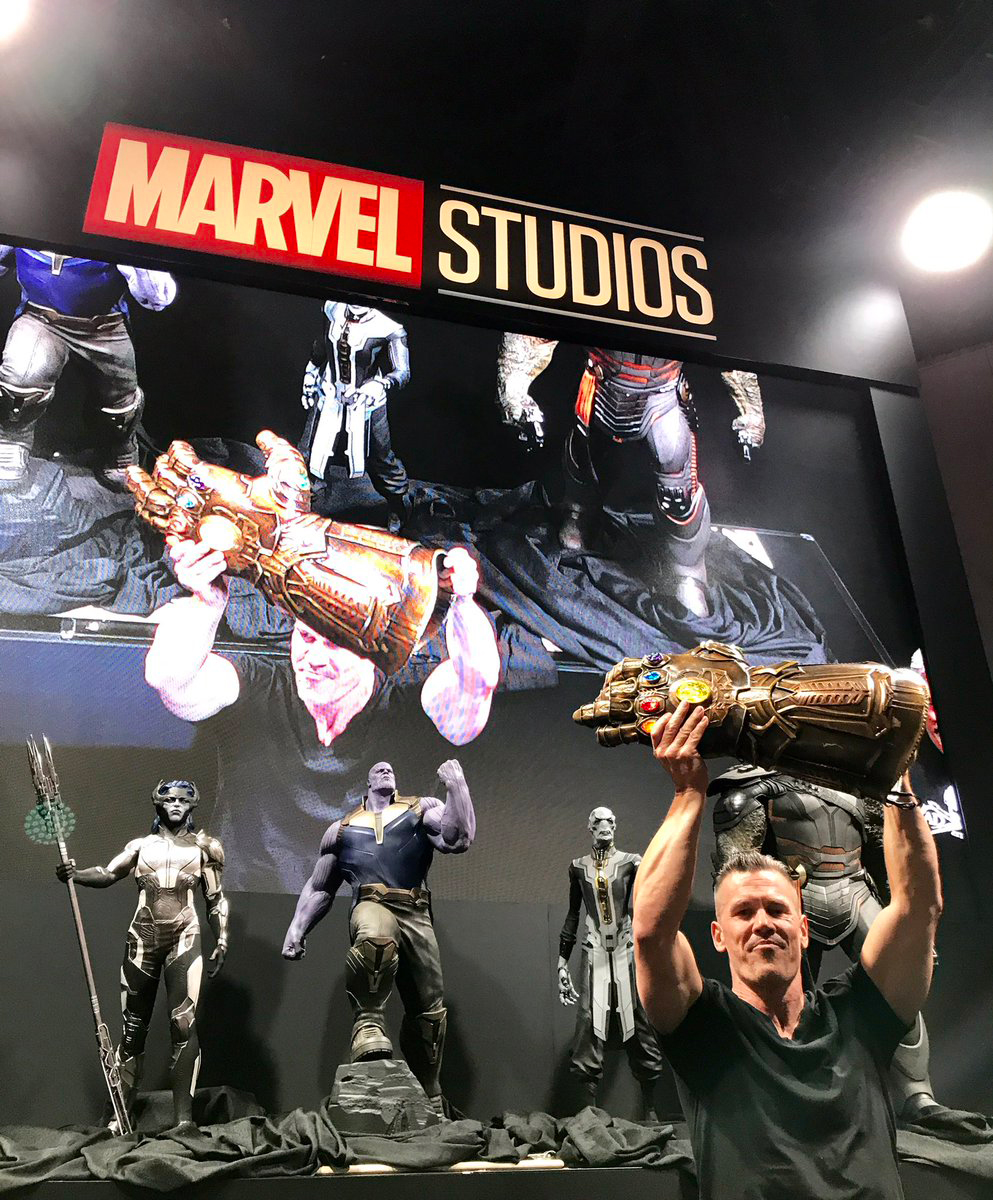 Marvel executive Louis D’Esposito also tweeted out a look at the characters. 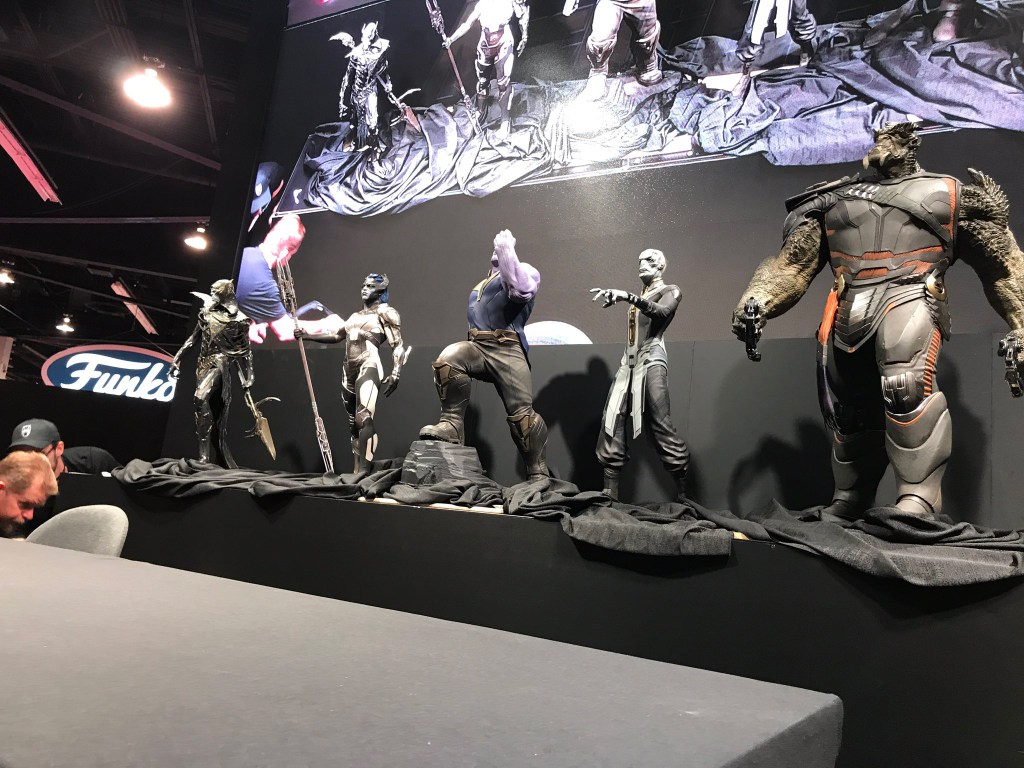 No casting news has been announced for these characters, but keep in mind, Vin Diesel wasn’t confirmed to be playing Groot in Guardians of the Galaxy until six months before the movie opened. In the meantime, here’s a look at their sordid comic book history.

While Thanos has been a comic book fixture since 1973, the Black Order (of Cull Obsidian, an alternate name it sometimes goes by) is a far more recent addition to the canon; it first appeared in 2013’s New Avengers Vol. 3 No. 8, and finally addressed a long-standing concern about the villain’s modus operandi: why would a cosmic threat like Thanos rely upon anonymous — and often easily-defeated — flunkies to do his bidding, instead of bringing together a group of memorable threats to cause trouble? The Black Order, finally, was that group of memorable, and powerful, threats.

The group was created by writer Jonathan Hickman and artists Jerome Opena and Jim Cheung for the Infinity storyline, and its purpose was simple: retrieve the Infinity Gems — or Infinity Stones, for fans of the Marvel Cinematic Universe terminology — at whatever cost. And if anyone should try and stop the happening? Well, death and destruction are such fun, aren’t they…?

As the alternate name Cull Obsidian might suggest, there’s a wonderfully gothic tinge to the Black Order. The original comic book lineup included characters called Corvus Glaive — Thanos‘ right-hand man, which only made it all the more obvious that he would eventually betray his boss — as well as Ebony Maw and Proxima Midnight. In such company, the remaining two members, Black Dwarf and Supergiant, seemed to be significantly understated in their naming. (A later incarnation of the team would include a character called Black Swan, because Thanos really likes Natalie Portman movies.)

In terms of power, each member of the team is a significant threat: The structure of the Infinity storyline was such that individual members of the Black Order would prove to be more than a match for entire teams of superheroes, thereby meaning that any cinematic version — if faithfully translated to screen — would be more than enough of a match for the multiple heroes that are going to assemble to deal with Thanos in Infinity War. Put it like this: Imagine an entire team of Ronans from the first Guardians of the Galaxy, and you’re getting close to what the Black Order is capable of.

The introduction of the Black Order into the Marvel Cinematic Universe significantly ups the stakes in Avengers: Infinity War and raises the question of whether or not the heroes might have to use the assembled power of the all-powerful Infinity Gauntlet in order to save the day — and if so, will they find that absolute power really does corrupt absolutely?