This week has a wide variety of releases, from the dramatic story of humans reaching for the moon in First Man to the father/son drama of Beautiful Boy to the Halloween comedy of Goosebumps 2. Meanwhile, Bad Times at the El Royale enters a crowded landscape from left field.

The movie comes from 20th Century Fox with a description that reads like something more out of the late-’90s, post-Tarantino era than a movie in 2018. Drew Goddard writes and directs the story of seven strangers who all come to one hotel that straddles the Nevada/California border one fateful night that will be filled with revelations, mysteries and more than a little danger.

With Chris Hemsworth, Dakota Johnson, Cynthia Erivo, Jeff Bridges, Jon Hamm and others in lead roles, the movie certainly sports an all-star cast. And Fox has not been shy about setting up the twists and turns of fate that face the hotel guests, as well as the audience.

There’s not much going on visually on the first poster, which uses the neon sign of the hotel as the main element, adding a list of the major players in the movie to sell it as an ensemble package. After that, a whole series of character posters were released showing each of the major players walking the line dividing the states through the parking lot and toward the hotel. Each features a different weather environment, presumably hinting in some way toward the nature or arc of that characters.

The series of character posters that came out in mid-August didn’t offer much more in the way of story details but did continue the established neon-heavy branding, as well as offering better looks at the impressive cast of the film.

The theatrical poster shows all the characters walking toward the El Royale along the state line as the sun sets in the distance. Each actor has their picture placed along the bottom of the one-sheet, which helps since otherwise you can’t see anyone’s face.

It’s nearly impossible to describe what’s going on in June’s first trailer (1.26 million views on YouTube). The hotel is split between Nevada and California, giving guests the choice of what state they’d like to stay in. From there on out things only get more interesting. There’s a priest who clearly isn’t a priest, staff that spies on the guests, women with mysterious agendas, a dancing and rain-drenched hippie and lots more. The goal here seems to be to sell the movie as a twisted, violent noir and it succeeds in that effort, raising lots of questions about motivations and answering nearly none of them.

The second trailer (19.8 million views on YouTube) from late August expands on the story somewhat, showing how the seven strangers all come together at the El Royale and how they all get mixed up in what turns out to be kind of a rough night. There are a few more elements added from the first trailer, including Bridges, his head soaked with blood and clearly staggering, “Shit happens, get the whiskey.” 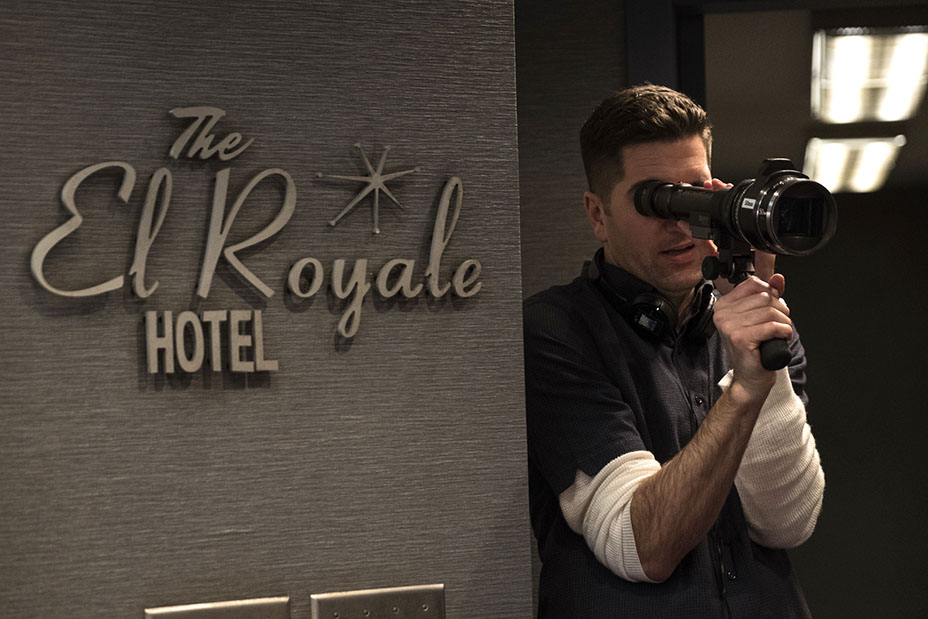 The movie was one of those Fox showed off to exhibitors and press at the annual CinemaCon conference earlier this year. In early September it was named the closing night film for the San Sebastian Film Festival. Around the same time a short featurette with cast and crew talking about the story and their characters was released. It was also named the closing film for Fantastic Fest and would screen at Beyond Fest.

The first clip, released around the time of Fantastic Fest, has Bridges’ priest being given a less-than-warm welcome to the El Royale, a scene we’ve seen snippets of in some of the ads and trailers so far. That was followed by a featurette that had the cast talking about how the script popped for them and what attracted them to the story. Similar topics were touched on in another video that talked about the secrets and mysteries that lay inside the characters as well as in the hotel.

Attendees of the recent New York Comic Con were given the chance to enter a lottery for tickets to a screening of the movie, something undertaken to help give the crowd an early look and jumpstart some word of mouth.

Short videos were used as promoted tweets beginning in early to mid-September. A twisted TV spot showed the grisly goings-on at the hotel, all under a cheery theme song and with an ending that makes it seem like a commercial for the El Royale. A couple additional TV spots focused on the seven strangers and their secrets that converge in the hotel and how daring and original the movie was being referred to by critics. 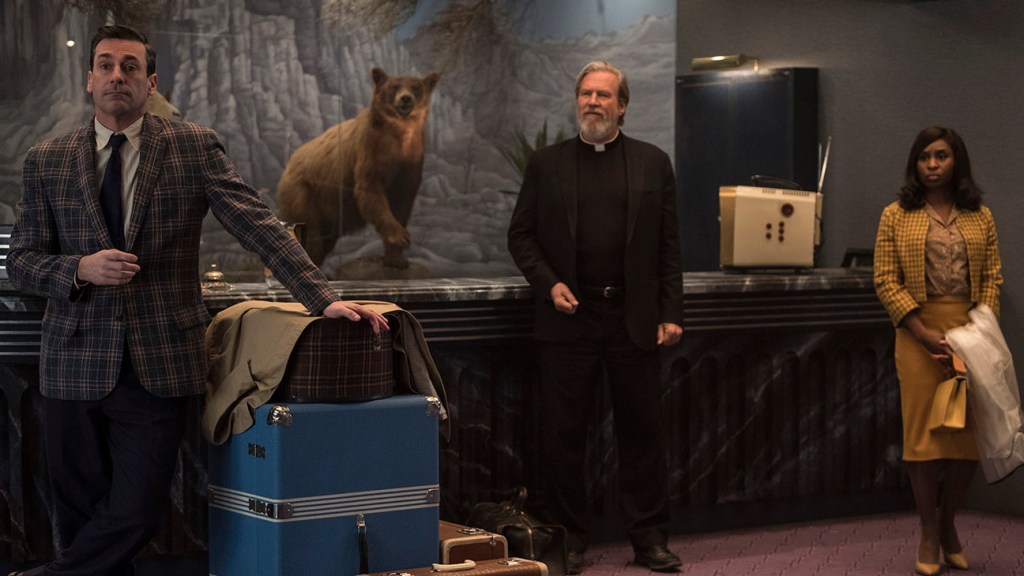 The movie seems ripped from a different cinematic era, one where studios took chances on hard-to-summarize character ensembles with unique visual styles and a bit of a nasty streak. But its marketing campaign has promoted a strong cast and a wicked sense of humor, and Fox has embraced that to sell it to those looking for something a bit different at the theater this weekend.