Next year sees the publication of Barry Windsor-Smith’s Monsters, a graphic novel for which the term “long-awaited” feels understated, and The Hollywood Reporter has the reveal of the official cover for the book.

Monsters is a title intended both literally and metaphorically, as Bobby Bailey — the emotionally damaged candidate for an experimental government program based on Nazi science at the center of the book — has to come to terms not only with his current predicament, but also the circumstances that led him to this point in his life, with the book spanning multiple generations in its expansive scope.

Windsor-Smith is a creator known for all manner of projects across a career that’s lasted since the late 1960s. At Marvel, he was the first artist on the Conan the Barbarian comic book series, as well as an artist on Avengers, X-Men and Machine Man, amongst many other projects; he also worked on Solar, Man of the Atom and created Archer & Armstrong for Valiant Entertainment, and later created The Freebooters, Young Gods and The Paradox-Man for Dark Horse Comics as part of the Barry Windsor-Smith: Storyteller anthology series.

Monsters is Windsor-Smith’s first release in 15 years, and the book has been in the works for more than 35 years, being originally conceived of as a Hulk story for Marvel before Windsor-Smith parted ways with the publisher and reworked the material. It has since evolved into a 360-page graphic novel that is, in the words of publisher Fantagraphics, “part familial drama, part espionage thriller, part metaphysical journey — in sum, an intimate portrait of individuals and an epic political odyssey spanning two generations of American history.”

In a statement about the project, Fantagraphics publisher Gary Groth said, “I’ve known Barry for over 50 years now, so publishing his biggest and most artistically mature work to date is a personal and professional milestone for me, and I’m grateful that he’s entrusted this important work to us.”

Monsters will be released January 2021. The cover and jacket design debuts below, and is followed by a three-page excerpt from the book. 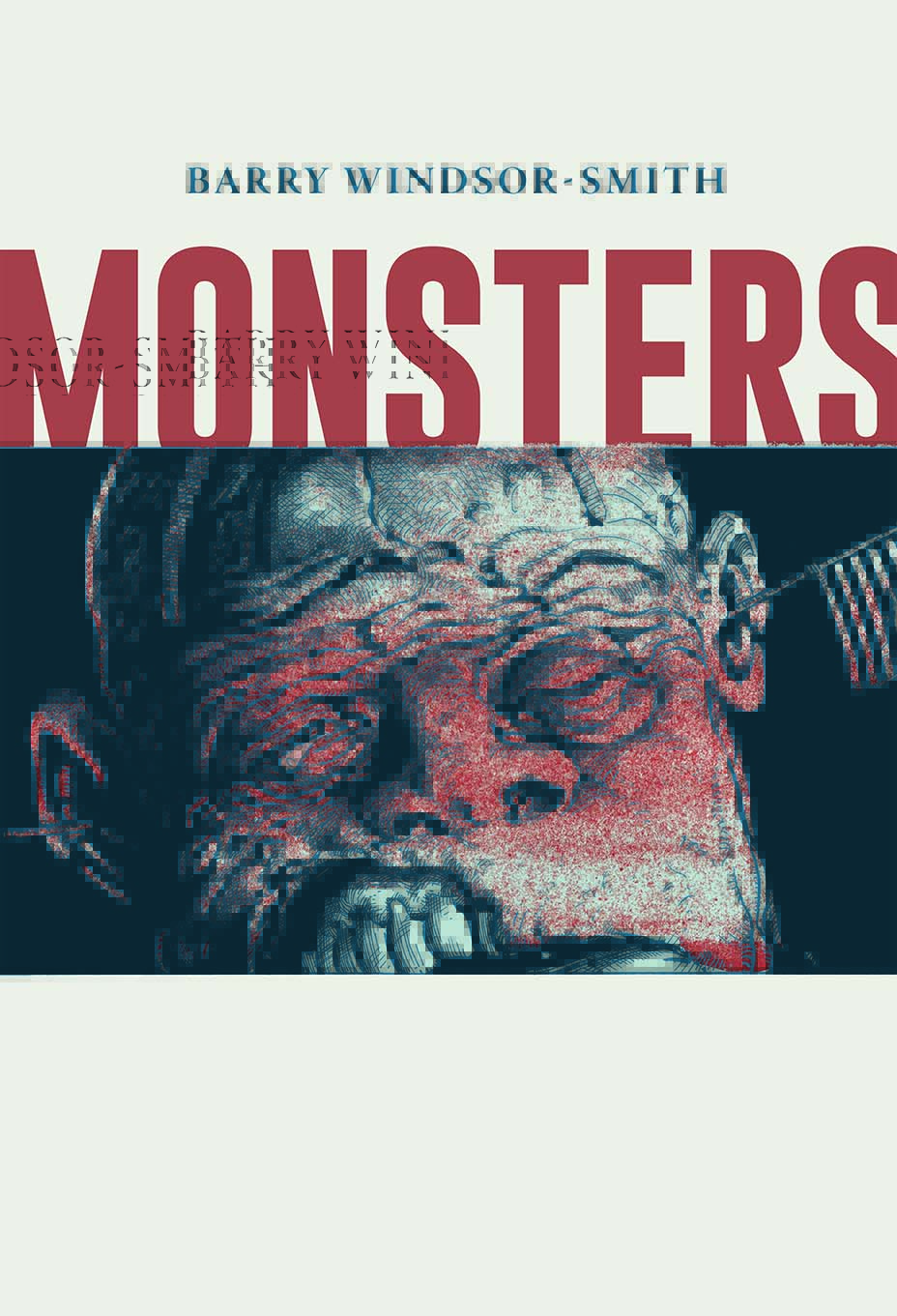 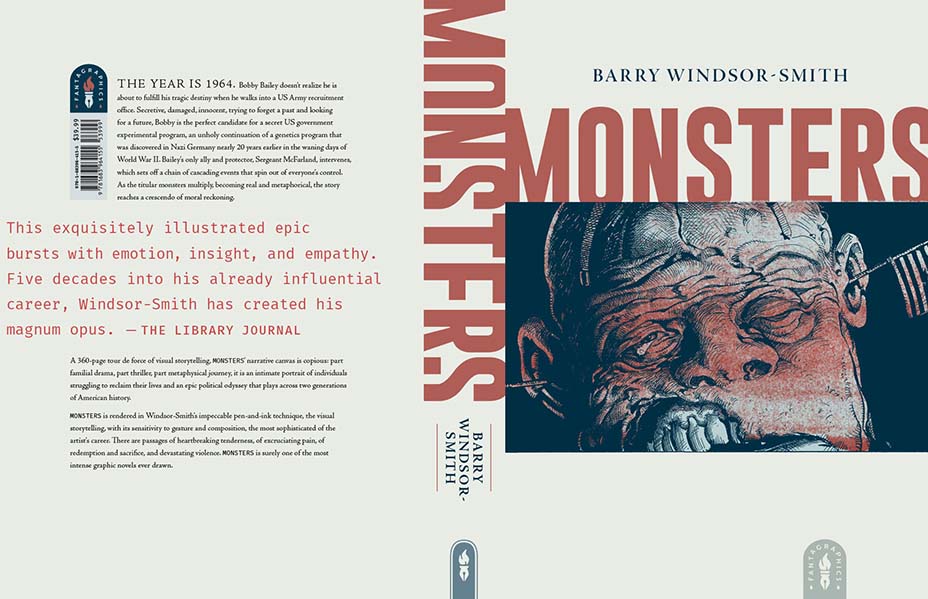 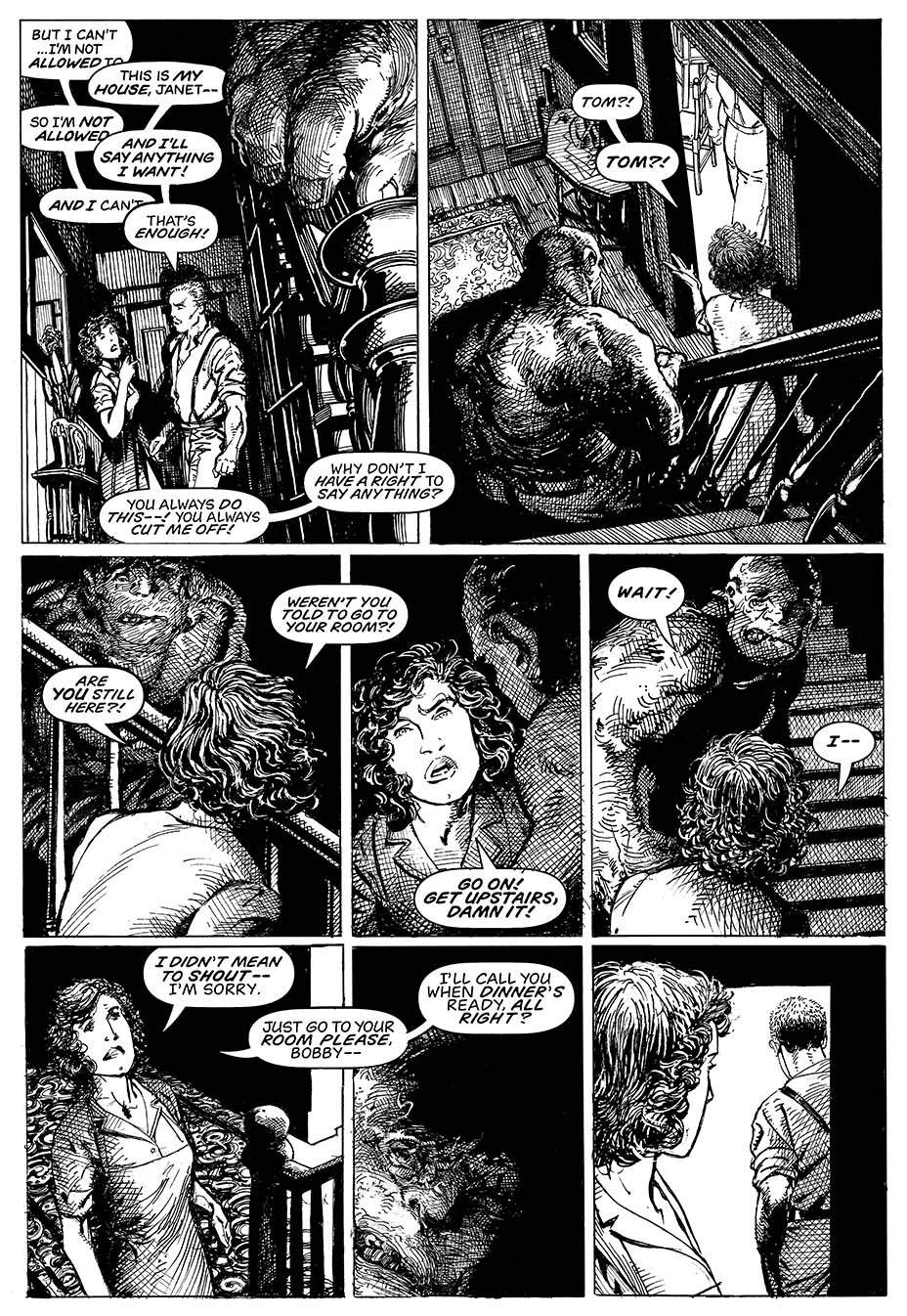 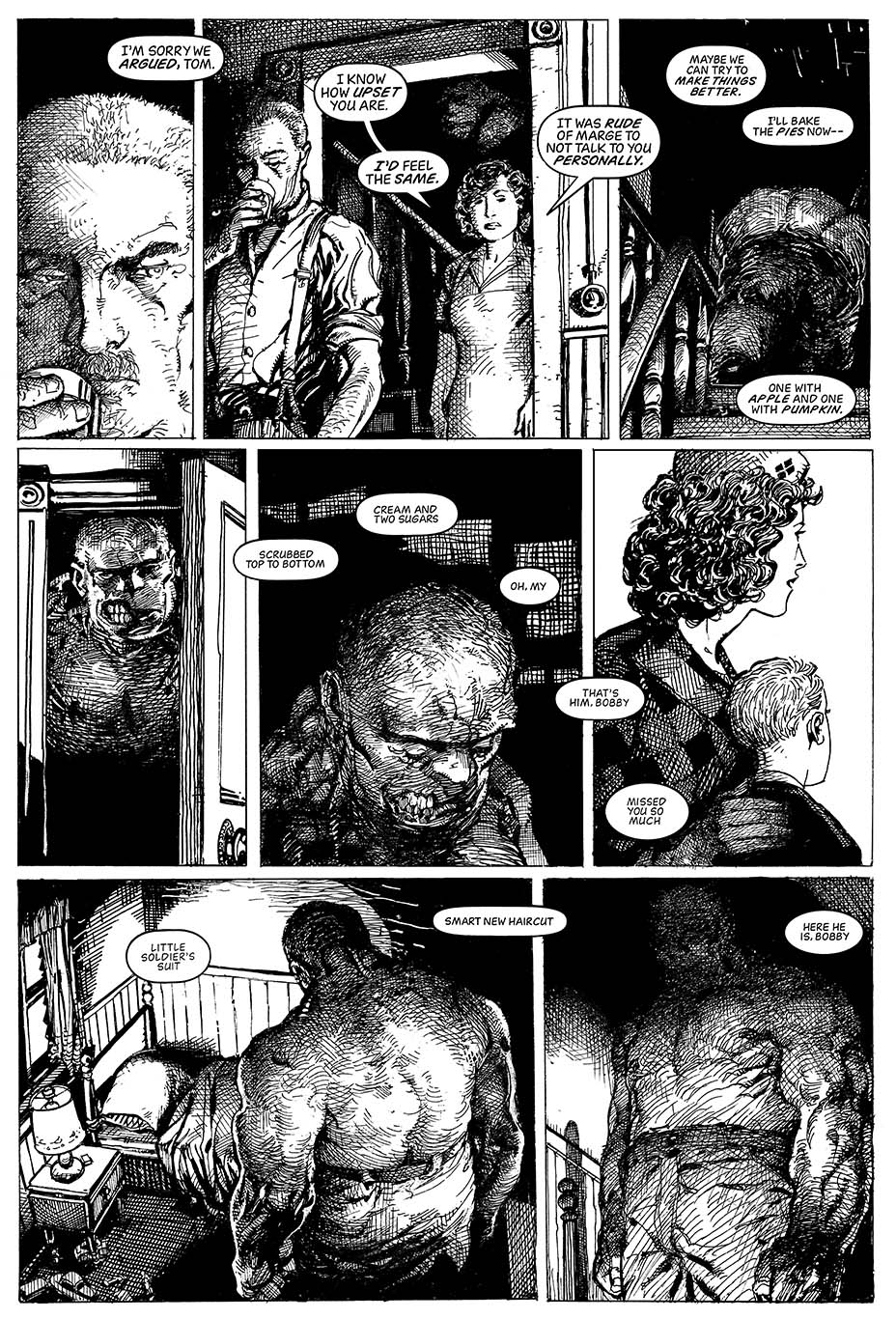 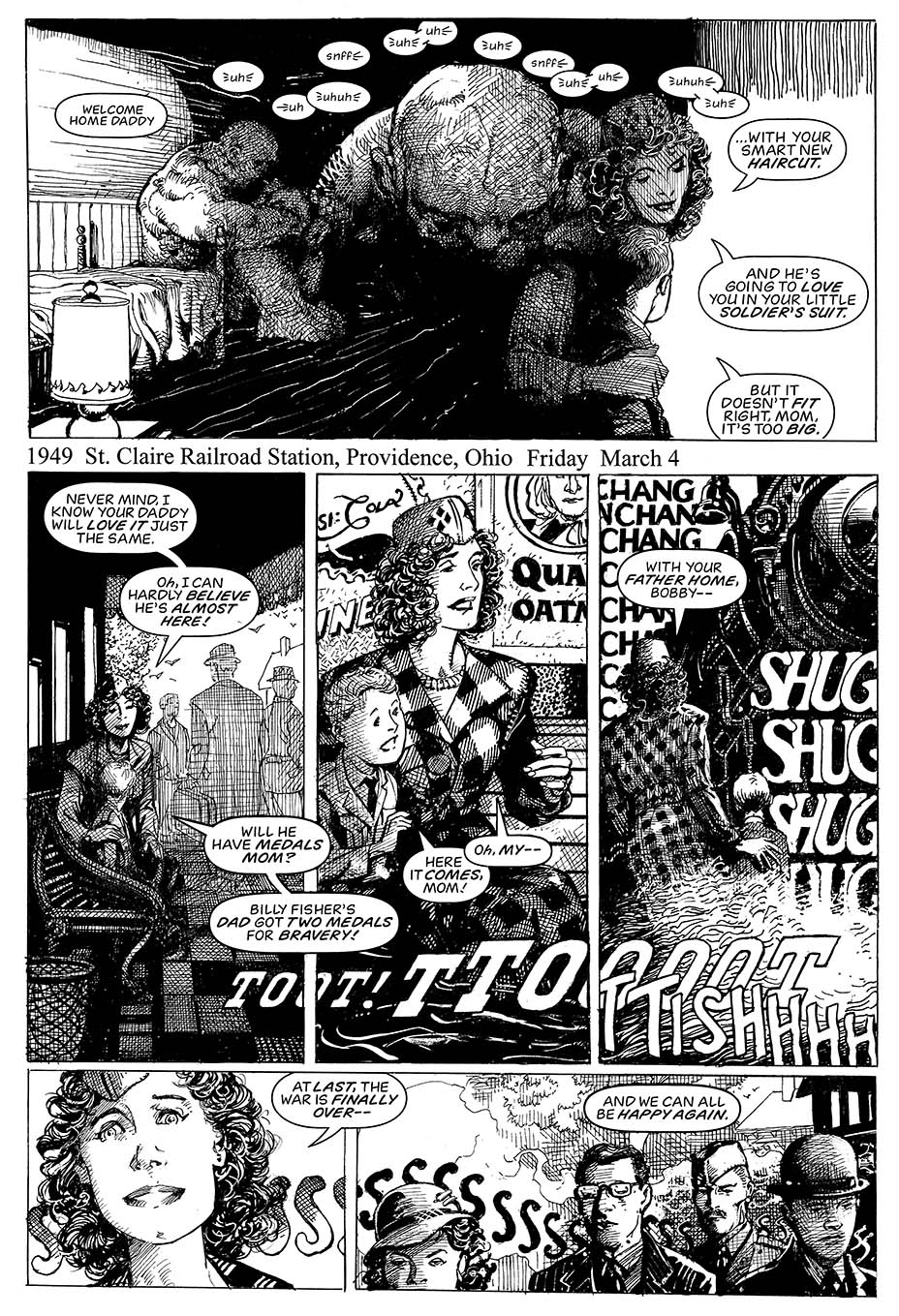