The Dark Knight is about to have his hands full. Batman has faced off against a significant collection of his most notorious villains on movie screens over the years, but Matt Reeves has something special planned for the Caped Crusader.

Reeves revealed in an interview with The Hollywood Reporter published Wednesday that he is planning on utilizing a rogues gallery for his noir-inspired Batman movie that will see the superhero earn his moniker as “the world’s greatest detective.” The Batman, which will cast a new Caped Crusader in the wake of Ben Affleck exiting the role, hits theaters on June 25, 2021

It won’t be the first time that Batman has faced off against more than one villain, but the only other time Batman has faced off against a full rogues gallery was in his first theatrical feature, Batman (1966). For many Batman fans, the thing that puts the character above many other superheroes is his vast collection of villains. While we’ve been fortunate enough to see Batman face off against everyone from the Joker to the KGBeast, no modern Batman film has taken full advantage of his rogues gallery in the way so many of his comic book story arcs have. Reeves, in his efforts to explore the external and internal plight of Batman, may have finally found the formula to break the modern superhero movie adage that these films collapse under the weight of too many villains.

History may have taught us that superhero films work better focusing on one or two villains, but we’ve reached a point in comic book cinema where we’ve seen so many adaptations, been introduced and re-introduced to many of these characters so many times over that it feels like its time to take a few risks and tap further into comic book history. For years, comic book fans have expressed their desire to see gatherings of villains on screen. From the Marvel’s Masters of Evil and the Sinister Six to the DC’s Legion of Doom and the Central City Rogues. While some, like Spider-Man’s Sinister Six, seem poised to happen and be used successfully sooner rather than later, there’s a frequently expressed fear that too many villains will kill character development and lead to a disaster of a plot. That fear doesn’t just come from nowhere though, there’s good reason behind it.

Batman & Robin (1997) infamously brought together Mr. Freeze, Poison Ivy, and Bane for a film that was high on camp, but did no favors for the development of any of its villains, or heroes for that matter. Sam Raimi went from having one villain in his first two Spider-Man films, to having three in Spider-Man 3 (2007) when he was forced to include Venom alongside Sandman and Harry Osborn. And then there was The Amazing Spider-Man 2 (2014), which had two central villains, but was in such a rush to include iconic moments, make good on Paul Giamatti’s desire to play the Rhino, and set up the Sinister Six that none of the villains felt fully realized. Two villains, and maybe a cameo from one or two lesser-known baddies has seemingly becoming the magic number when it comes to films like The Dark Knight Trilogy (2005-2012), Wonder Woman (2017), Spider-Man: Homecoming (2017), and Aquaman (2018) which each utilized multiple antagonists in a way that felt focused and tuned in to fleshing out these characters respective worlds in a measured manner.

It seems inevitable that some of that fear of too many villains will exist when Reeves begins casting and audiences are made aware of just how many characters Reeves is planning to utilize. But the great thing about Batman is that many of his rogues are already part of our cultural conversation. There’s very little work that needs to be done to let audiences know what Penguin or the Riddler are about. Compared to the work it would take to satisfyingly introduce all the members of The Flash’s Rogues for the first time in one movie, Batman has it easy. While there’s a chance that some of the villains Reeves will use in his film may be appearing for the first time on screen, most of them will likely be known entities. Reeves may have already hinted at a few of those names last September when he posted photos of a number of props and costumes from the Adam West series on his Twitter account, including one featuring the Catwoman, the Riddler, and the Penguin, who all feel due for new incarnations. 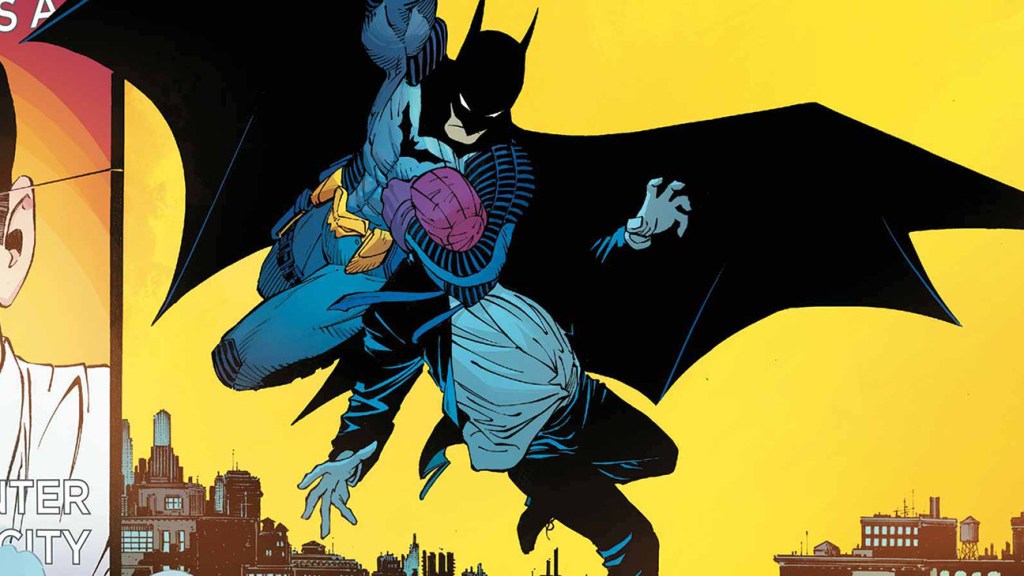 Another thing working in Reeves favor when it comes to multiple villains is the structure of a noir mystery. If we look back on classic noir films like Chinatown (1974), and The Third Man (1949), or even pulp detective novels that inspired Batman, we’ll find structures that permit for the inclusion of multiple suspects. When considering Reeves’ approach to what he’s currently calling The Batman, it’s more likely that we’ll see Batman run up against a number of familiar faces in his attempt to solve a single mystery, as opposed to seeing the villains all team-up for one massive scheme and showdown. Writer Jeph Loeb utilized this noir structure in three of the most famous and celebrated Batman stories, The Long Halloween, Dark Victory, and Hush. All three of these stories find Batman and his allies following clues that lead to encounters with all the usual suspects as each one adds a new wrinkle to a mystery that finds Batman questioning his ability to solve the mystery, while also highlighting his own flaws. It’s not difficult to see how Reeves could borrow elements from these stories, along with the psychological examination of Grant Morrison and Dave McKean’s Arkham Asylum: A Serious House on Serious Earth to set Batman on a trail that finds him encountering these villainous mirror versions of himself in quest to solve a mystery. We hear a lot about superhero movies telling stories through other genres these days, especially from the Marvel Studios camp, but Reeves has an opportunity to fully follow through with that notion with his noir-driven Batman movie.

As for which villains we’ll see, that remains to be seen. But that Batman ‘66 photo Reeves posted last year is as strong a place to start as any. Josh Gad has been angling for the role of the Penguin for some time, and he’s friends with Reeves. The Riddler, who surprisingly didn’t get in on the action in Christopher Nolan’s run, is practically begging for a modern interpretation. And with Birds of Prey rumored to lead to a trilogy comprised of Gotham City Sirens and Birds vs. Sirens features, Catwoman certainly won’t be kept off screen for long. The Joker is never far away, but given how prolific he’s become over the years and with Todd Phillips’ Joker starring Joaquin Phoenix coming to theaters later this year perhaps the clown is best kept in the shadows for now. It would be nice to see Reeves step away from the grounded approach to Batman’s villains and utilize a few of his more fantastical and sci-fi based adversaries like Clayface, Mr. Freeze, Man-Bat, and Professor Pyg. As for the one pulling Batman’s strings? Hugo Strange is fan favorite choice on social media, as the recently introduced Court of Owls. Whoever Reeves chooses to pit Batman against, we should feel secure knowing that the freaks will once again be roaming the streets of Gotham City.