In December, South Korean auteur Kim Ki-duk was summarily indicted and ordered to pay a fine of roughly $5,000. The Venice Golden Lion winner was accused of forcing an actress to do an unscripted sex scene and slapping her on set while demonstrating a violent sequence for his 2013 drama Moebius.

The actress, who was ultimately replaced by Lee Eun-woo in the film, was sorely disappointed about Kim being penalized for physical assault, but not sexual abuse. The incident also didn’t dissuade upstart awards ceremony “The Asia Briliant Stars,” which will unveil its winners in Berlin, from making Kim co-lead of its jury.

“Internationally well-known actresses have come forth in Hollywood’s #MeToo campaign,” she said during a December press conference in Seoul, her identity obscured by a screen in accordance with South Korean media and human rights standards. “But there is a limit to what a minor actress like I can do. I hope my case will enable more people to find courage and that it will help build a better system [regarding sexual abuse in the industry].”

The Kim case is among a string of high-profile sexual misconduct cases that have rocked the South Korean film industry recently. In 2017, actor Jo Duk-Jae was sentenced to one year in prison with a two-year probation term after his co-star in 2015’s Sarangeun Eopda reported that
a violent sequence in the film turned sexual, involving unnecessary groping, without her prior consent. Another actress, Kwak Hyun-hwa, took legal action against filmmaker Lee Soo-sung for releasing her nude scenes from the 2012 drama A Room With a View even though he had promised to edit them out.

While the anti-harassment #MeToo movement has spread globally in the wake of the Harvey Weinstein scandal, in South Korea, the entertainment industry has been grappling with the issue for years. In 2009, actress Jang Ja-yeon, who was 29 at the time, sent shock waves across the country when she committed suicide, leaving behind a handwritten letter chronicling how her agent forced her to have sex with a string of broadcasters, execs and filmmakers to advance her career. The case prompted a large-scale police probe and had a local impact comparable to the Weinstein scandal.

Local director Lee Yoon Jung (2015’s Remember You) tells THR that the South Korean film industry is, like Hollywood, in a period of transition. “Before, there seemed to have been this culture of silence because victims of violence, whether sexual or not in nature, worked under a strict hierarchical code,” she says. “There seems to be a lack of consensus among filmmakers regarding how to approach and handle sexual abuse cases. I think it is important to first get a more active discourse going.” 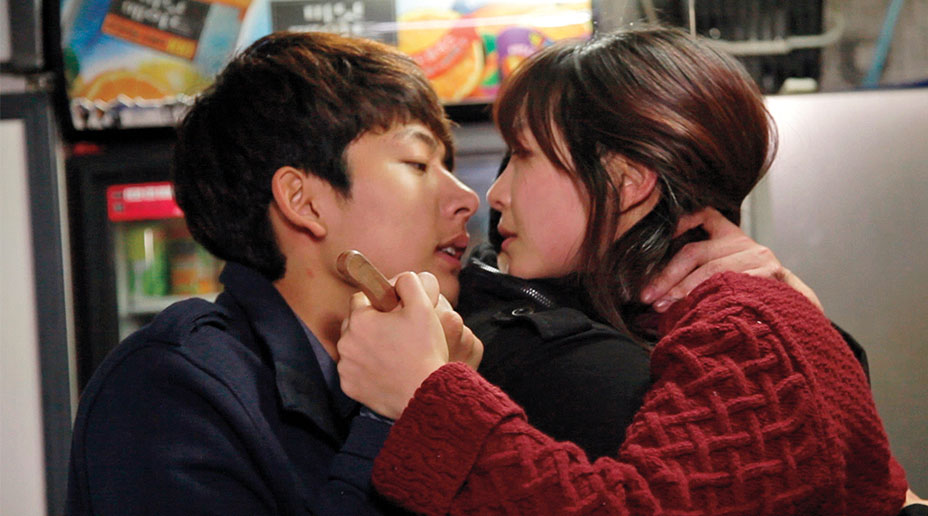 Well before the Weinstein scandal broke, the South Korean film sector knew it had its own problems with harassment. The Directors Guild of Korea, led by Okja helmer Bong Joon Ho, in November 2016 announced plans to launch a program for preventing sexual violence. During an anti-sexual violence forum organized by Cine21 in Seoul in December of that year, leading director Park Chan-wook (2003’s Oldboy) expressed shock over media reports of sexual abuse in the industry. “I was under the impression that the Korean film industry had cleaned up well compared to before,” he said.

Kim Hye-soo, a leading actress for more than 30 years since debuting in the 1986 film Ggambo, also spoke out on the issue. “I think the Korean film industry is still very much in the process of growing,” she told reporters while promoting her 2017 release A Special Lady. “[Sexual abuse], however, is something that can occur no matter how well-developed an industry is or how widely aware people are about the issue.”

South Korea largely remains governed by patriarchal social codes. The World Economic Forums ranks the country 115th out of 145 in terms of gender equality, and a recent report by the U.N. Office on Drugs and Crime says it has one of the highest rates of female homicide victims at 52.5 percent.

Now, with #MeToo and the Time’s Up movement gaining steam, the debate about how to avoid harassment has intensified, and several initiatives have been launched to address it head-on.

An increasing number of filmmakers, such as local director Baek Seung-hwa (2016’s Queen of Walking), are arranging for crew members to take part in anti-sexual abuse workshops. The Korean Film Council (KOFIC), the state-backed organization for promoting Korean cinema, is currently funding such workshops on film production sites and has plans to open a center this year offering educational programs and hotlines for victims.

Elsewhere, a committee for preventing sexual violence has been launched by the Directors Guild of Korea, and committee members including Lee Yoon Jung and filmmaker Park Hyun-jin (2016’s Like for Likes) are collaborating with KOFIC to produce guidelines, taking a cue from the Producers Guild of America’s Anti-Sexual Harassment Guidelines.

Park concedes that the industry has a long way to go, but is encouraged by the steps so far. “It will be a very long process,” she says. “KOFIC will be releasing results of a survey on sexual misconduct in the industry that will certainly help. We are taking small steps, but this will be a good start.”

This story first appeared in The Hollywood Reporter’s Feb. 16 daily issue at the Berlin Film Festival.