The Berlin International Film Festival, which runs Feb. 20 to March 1, turns 70 this year and, as with any septuagenarian, the anniversary has triggered some existential reflection. Just what is Berlin for?

It’s a question sure to be on the minds of the festival’s new bosses. Artistic director Carlo Chatrian — who picks the films — and executive director Mariette Rissenbeek, who’s running the business side of the fest, take over this year from Dieter Kosslick, who ran Berlin for nearly 20 years. Kosslick, a flamboyant personality whose showmanship often masked a shrewd political and business sense, grew Berlin from an august, if sleepy, institution into the world’s biggest public film festival and, with the European Film Market, one of the key spots for international independent players to buy and sell movies.

But as Berlin enters its seventh decade, the festival faces major challenges if it wants to maintain its spot as one of the “Big Five” fests alongside Cannes, Venice, Toronto and Sundance. The other four have each found their industry niche. Cannes is where you discover the next big thing in art house cinema — Parasite debuted there last May — and where critically acclaimed directors bow their latest efforts, best seen last year with Quentin Tarantino’s Once Upon a Time in Hollywood. Venice, where Joker and Marriage Story premiered, and Toronto (Ford v Ferrari, Jojo Rabbit, Harriet) kick off awards season. And Sundance, as seen with the flurry of dealmaking at Park City this January, is where high-end indies are bought and sold. 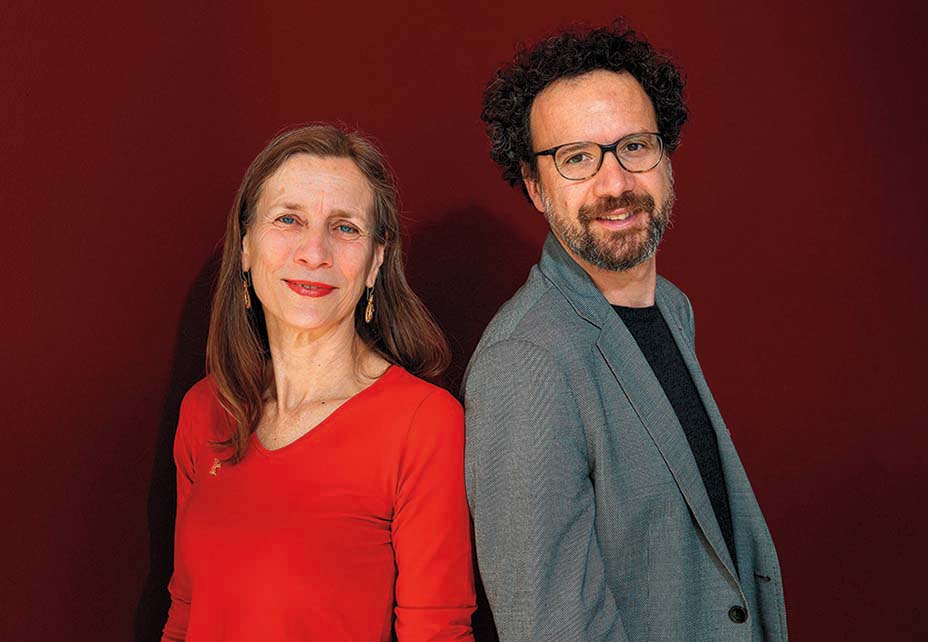 Berlin is caught somewhere in between. Arriving after awards season, in late February, means that it’s a lousy place to launch an Oscar contender. Wes Anderson’s The Grand Budapest Hotel, which opened the festival in 2014 and went on to garner nine nominations and four Oscars, was the last big title to turn a Berlin launch into a major awards campaign.

“The first quarter of the year is not awards season,” admits Chatrian. “We are not in the fall season, where all the studio films are being released.”

Berlin also suffers from the perception, right or wrong, that the festival is a bad spot to launch a commercial film. Whatever you think of Nadav Lapid’s allegorical drama Synonyms (Golden Bear winner in 2019), Adina Pintilie’s sexually experimental Touch Me Not (2018) or Ildikó Enyedi’s On Body and Soul (2017), a romantic comedy set in a Hungarian slaughterhouse, none of them is anyone’s idea of a breakout commercial hit.

There is little in Berlin’s 2020 lineup that screams big box office. The bulk of the program is decidedly art house and any star power is embedded mainly in experimental, not mainstream, films. See Javier Bardem, Elle Fanning and Salma Hayek in Sally Potter’s The Roads Not Taken, Willem Dafoe in Abel Ferrara’s Siberia or Johnny Depp as a photographer uncovering environmental devastation in postwar Japan in Andrew Levitas’ Minamata. The exception this year is Onward, Pixar’s new animated feature with voice actors Tom Holland and Chris Pratt, which will have its world premiere out of competition in Berlin. It is the sole studio production in the lineup.

“It was very important to me to have a studio film in Berlin,” Chatrian says. “It’s a very important sign [that] we want to bring all audiences to the Berlinale.”

Chatrian also points to Pinocchio, Matteo Garrone’s live-action version of the Italian fairy tale, starring Roberto Benigni as Geppetto, which has been a huge success in Italy, grossing some $16.5 million. Its Berlin bow, an international premiere, will kick off the film’s pan-European release with sales group HanWay, which held back English-language rights on the movie, looking to close a U.S. deal for Pinocchio at the European Film Market.

Sellers heading to the EFM are hoping to build on the momentum out of Sundance, which saw headline-making buys from the likes of Lionsgate and Roadside Attractions (Ironbark) and Netflix (The 40-Year Old Version), with some deals hitting eight figures: Searchlight Pictures acquired The Night House for an estimated $12 million, while Hulu/Neon picked up Palm Springs for a record-breaking $17.5 million.

“It’s good to see traditional distributors like Searchlight, SPC and Neon buying again, back in the game and not being priced out by streamers,” says Simon Gillis, COO of British/Australian production group See-Saw.

Deals for finished films are unlikely to match Sundance but Berlin’s presale market is looking bullish. It helps that Berlin is starting two weeks later than usual so as not to clash with the Oscars. “It gives everyone an extra two weeks to prep projects, to secure cast and attachments and, if you’ve picked something out of Sundance, to give you the time to turn it around and show it at the EFM,” says HanWay managing director Gabrielle Stewart.

But, argues Julia Weber of Global Screen, the sales arm of German film and TV group Telepool, for Berlin to be successful, it needs both a strong market and a strong festival. Instead of looking at the 2020 competition lineup, Weber points to Encounters, a new section launched by Chatrian to highlight innovative and groundbreaking cinema, as a potential spot for discovering new talent.

“Berlin should be a place of discovery,” says Alison Thompson, co-president of Cornerstone Films, which picked up international sales on the Elisabeth Moss starrer Shirley ahead of 2019’s EFM (the film will screen in the Encounters section). “It’s the place we want to see that new director, that new actor, that new screenwriter and say, ‘Can we get on board their next project?’ “