Continue to The Hollywood Reporter SKIP AD
You will be redirected back to your article in seconds
Skip to main content
September 6, 2019 11:17am
Logo text

While we’re still a few short weeks away from the official start of fall, there’s a chill in the air — not caused by shifting temperatures quite yet, but by what’s creeping onto screens near you. Horror movies aren’t simply a one season event, but there is a certain added enthusiasm for the genre around this time, long before Halloween arrives and lingering weeks after it’s over.  Winter, spring, and summer of 2019 have offered audiences a healthy dose of doppelgangers, killer dolls, anxiety-inducing summer festivals, sharks and crazed in-laws, but fans know that nothing brings cold comfort during the last stretch of the year quite like horror movies. This weekend’s release of the long-anticipated It: Chapter Two promises to be the horror event of the year. While it’s unlikely the genre gets bigger than It this year, Andy Muschietti’s adaptation of Stephen King’s iconic novel is only the beginning of the fall horror slate.

Below, take a look at what’s to come. 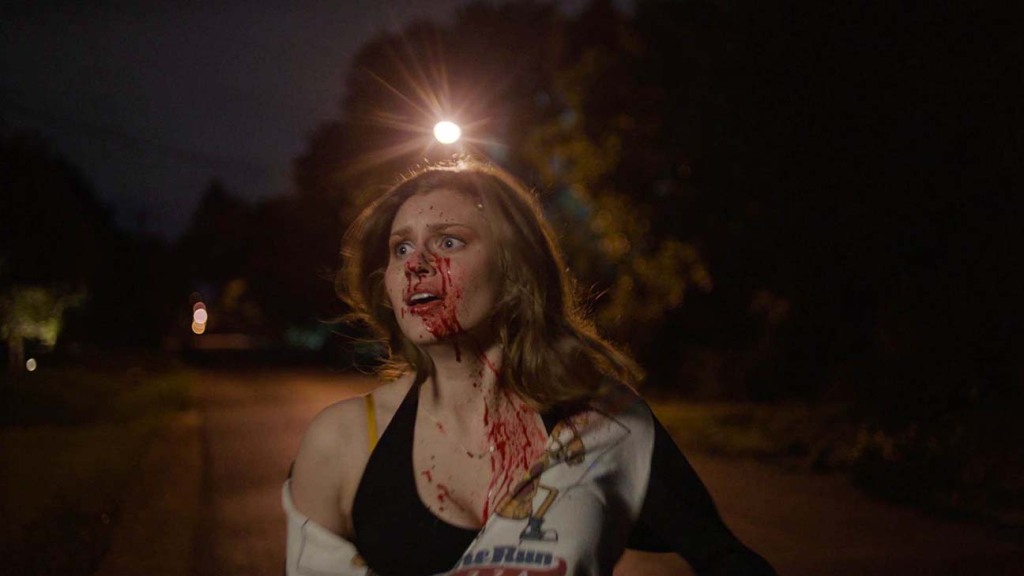 What’s it about?: A pizza delivery girl finds herself at the doorstep of a wealthy society of Satanists in search of a virgin sacrifice in this horror comedy. The film stars Rebecca Romijn, Jerry O’Connell, Jordan Ladd and Hayley Griffith.

What’s unique about it?: Satanic Panic is the second film from the newly revived Fangoria, following last year’s gore-fest, Puppet Master: The Littlest Reich. The film comes from some of the most interesting rising talents in the genre. Directed by Chelsea Stardust, who impressed earlier this year with Hulu’s Into the Dark film, All That We Destroy, Satanic Panic boasts the writing talents of Ted Geoghegan (We Are Still Here, Mohawk) and author Grady Hendrix (My Best Friend’s Exorcism, We Sold Our Souls). I expect a bloody good time that will fill those post-It cravings and make a hell of a double feature with Ready or Not.

What’s it about?: On Halloween night a group friends venture into an “extreme” haunted house, only to discover the fun and games they were promised play on very real fears and have deadly consequences. The film stars Katie Stevens, Will Brittain, Lauryn McClain and Andrew Caldwell.

What’s unique about it?: Produced by Eli Roth (Hostel, The Green Inferno), Haunt is the latest feature from Scott Beck and Bryan Woods, the writers behind the 2018 horror hit A Quiet Place. The film looks to fall into the slasher revival that’s been happening over the past couple of years, and while there appear to be some similarities shared with last year’s underseen gem Hell Fest, Haunt looks to offer its own unique, and grisly experience.

What’s unique about it?: The plot for the surprise third entry of Rob Zombie’s trilogy, following House of 1000 Corpses (2003) and The Devil’s Rejects (2005) is still closely under wraps. Expect a similar neo-grindhouse vibe to what’s come before, but with a new twist. The Firefly family met their ends in the previous installment, so their return implies a possible supernatural aspect that will no doubt pave the way for a heinous new direction for their method of backwoods bone-crunching and bloodshed. 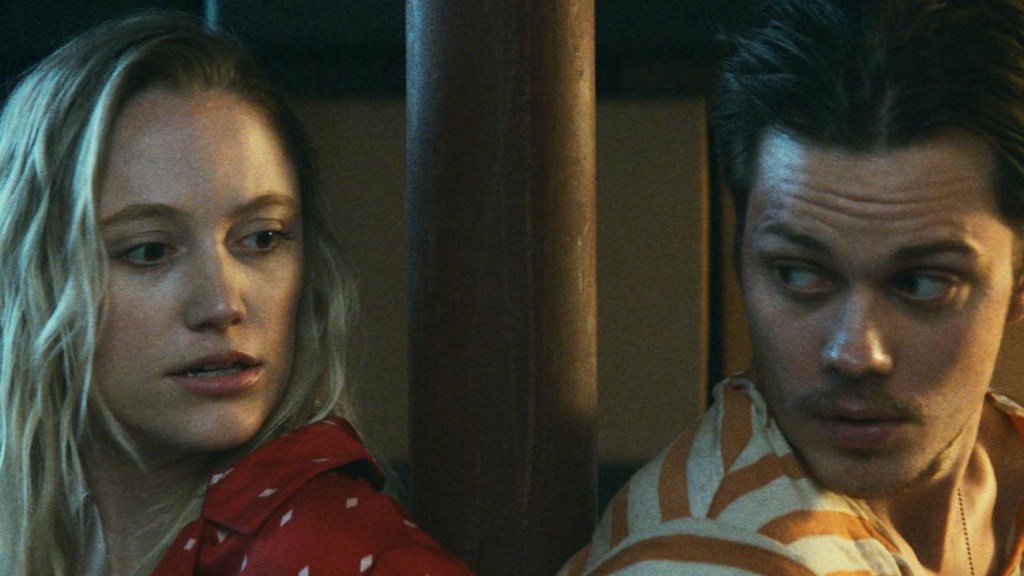 What’s it about?: A pair of low-level thieves break into the home of a suburban couple, only to find a little girl chained in their basement and a dark secret preventing their escape. The film stars Bill Skarsgård, Maika Monroe, Jeffrey Donovan and Kyra Sedgwick.

What’s unique about it?: Skarsgård and Monroe continue to make names for themselves in the horror genre, and their turn in this feature from Dan Berk and Robert Olsen (The Stakelander) promises to be a wild ride that puts both through the ringer, while harnessing their physical comedy abilities. After premiering at South by Southwest earlier this year, Villains was praised as a real crowd pleaser for genre fans, punctuated with darkly comedic wit and surprising bursts of ultraviolence.

Rabid (A71 Entertainment and Shout! Studios)

What’s it about?: Following a horrific accident, a young woman undergoes an experimental stem-cell treatment and, let’s just say things get a whole lot nastier from there. The film stars Laura Vandervoort, Stephen McHattie, Ben Hollingsworth and C.M. Punk.

What’s unique about it?: If Rabid being the latest film from “twisted twins” Jen and Sylvia Soska (American Mary) isn’t enough of a selling point, and it should be, then know that Rabid is a reinterpretation of David Cronenberg’s 1977 body horror film of the same name. The film is so gnarly that the Soskas had their Twitter account suspended after promoting images from the film. Go in on an empty stomach.

What’s it about?: Two lighthouse keepers grapple with madness, isolation, and perhaps something eldritch in New England in 1890s. The film stars Willem Dafoe and Robert Pattinson.

What’s unique about it?: Shrouded in mystery and receiving critical acclaim at Cannes, The Lighthouse is the second feature from Robert Eggers, director of what is arguably the best horror movie of the past five years, The Witch. ‘Nuff said.

What’s it about?: Columbus, Tallahassee, Wichita and Little Rock continue to make their way through a zombie-ridden America as they face the evolution of their relationships and the undead. The film stars Jesse Eisenberg, Woody Harrelson, Emma Stone, Abigail Breslin, Zoey Deutch, Thomas Middleditch, Luke Wilson, and Rosario Dawson.

What’s Unique About it?: After years in development hell, it’s finally upon us. Written by Deadpool scribes Rhett Reese and Paul Wernick and Dave Callaham (Godzilla, Wonder Woman 1984), Zombieland: Double Tap sees Ruben Fleischer return to direct the sequel to the hit 2009 film, along with all of the original cast and then some, for the most star-studded attraction in the fall horror lineup. Even considering the fact that we’ve had our share of zombies over the past decade, that cast, especially if they can maintain the heart and humor of the original, is the film’s biggest selling point. 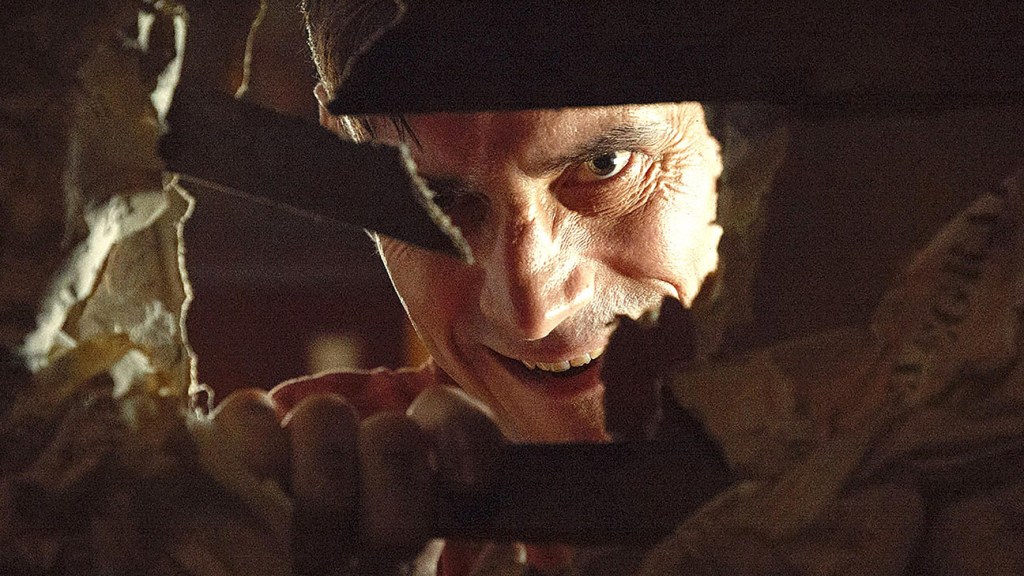 What’s it about?: A man and his wife take it upon themselves to renovate their new Victorian home, but the house has a dark history and a will of its own. The film stars C.M. Punk and Trieste Kelly Dunn.

What’s unique about it?: Based on a story by Ben Parker and Paul Johnstone, Girl on the Third Floor is the directorial debut of longtime horror producer Travis Stevens (Cheap Thrills, Starry Eyes, We Are Still Here), who has been behind some of the memorable indie horror films of the past decade. It’s also the acting debut of WWE superstar C.M. Punk, who received praise for his performance after its premiere at South by Southwest. Fangoria readers got a look at the making of the film earlier this year, and it looks like gore fans will be very pleased, if not shaken by what’s upstairs.

What’s it about?: Decades after the events of The Shining (1980), the adult Dan Torrence meets a young girl with gifts similar to his and their bond attracts the attention of a cult of psychic vampires known as The True Knot. The film stars Ewan McGregor, Rebecca Ferguson, Cliff Curtis, Bruce Greenwood, Zahn McClarnon, Carl Lumbly, Jacob Tremblay and newcomer Kyliegh Curran.

What’s unique about it?: It: Chapter 2 isn’t the only highly anticipated Stephen King adaptation coming this fall. Doctor Sleep, adapted from King’s 2013 novel of the same name, serves as a sequel to Stanley Kubrick’s iconic horror film The Shining. Written and directed by modern master of horror Mike Flanagan (Gerald’s Game, The Haunting of Hill House), Doctor Sleep has the potential to be one of the all-time great and emotionally powerful King adaptations. Don’t sleep on it.

What’s it about?: A bubbly kindergarten teacher tries to protect her class during a zombie outbreak in this horror comedy. The film stars Lupita Nyong’o, Stephen Peacocke and Josh Gad.

What’s unique about it?: Nyong’o has already shared her gifts with the genre this year with Jordan Peele’s Us. Now in Abe Forsythe’s film she’s able to present an entirely different kind of character in order to inject life and a sunny disposition into the well-worn zombie sub-genre. The output of zombie films may be slowing down, but Sundance hit Little Monsters looks like a winning and funny take on classic conventions.

What’s it about?: A woman and her two soon-to-be stepchildren are snowed in at a remote cabin when strange events begin to drive the three apart and dredge up long-buried secrets. The film stars Riley Keough, Richard Armitage, Lia McHugh, Jaeden Martell and Alicia Silverstone

What’s unique about it?: The second feature from Severin Fiala and Veronika Franz (Goodnight Mommy), The Lodge already drew comparisons to It Follows, The Witch and Hereditary as the latest horror great when it premiered at Sundance earlier this year. Said to be a slow-burn that is guaranteed to leave audiences debating, The Lodge is one best gone into as cold possible.

What’s it about?: A group of sorority sisters on Christmas break are stalked by a masked stranger with ties to their university’s history. The film stars Imogen Poots, Lily Donoghue, Aleyse Shannon, Brittany O’Grady and Cary Elwes.

What’s unique about it?:There’s no better way to conclude the fall horror season than with a look ahead to Christmas, a holiday that has been surprisingly giving towards the genre. The second remake of the 1974 classic Black Christmas (1974) that ushered in the slasher movie craze four years before John Carpenter’s Halloween, the latest Black Christmas, from Blumhouse, looks to put a modern, feminist spin on the slasher formula. Directed by rising horror filmmaker Sophia Takal (Always Shine, Into the Dark: New Year, New You) and written by April Wolfe could be the film that sets the stage for the next decade of slasher films just as Wes Craven’s Scream did in December 23 years ago.

The end of the year brings on a diverse collection of studio thrills and indie surprises worthy of marking your calendars in anticipation for. So settle in with your pumpkin spice beverage of choice and prepare to feast on a healthy serving of blood and guts in the macabre manner that only horror movies can provide.