Continue to The Hollywood Reporter SKIP AD
You will be redirected back to your article in seconds
Skip to main content
December 31, 2017 12:00pm
Logo text

Some years, the promise teased for movies by their posters, trailers and release schedules never materializes. What looks like a great movie-geek year on paper fizzles — heartbreakingly — when you’re actually in the seat and realizing — sometimes quickly, sometimes slowly — that the movie you’re watching is just not going to connect with you. Or sadly, it latches on to you, then loses it.

But 2017 was a surprisingly good year for the movies that we at Heat Vision like. Yes, this year had its share of clunkers big and small, but beginning with January’s Split and ending with December’s Star Wars: The Last Jedi, the year delivered on many levels.

The year offered an amazing sum of superhero/comic-book movies — most of them good, some great. Studio horror movies were back in fine form. Sci-fi had an epic canvas with which to paint, sometimes squandering the space, sometimes going deep. 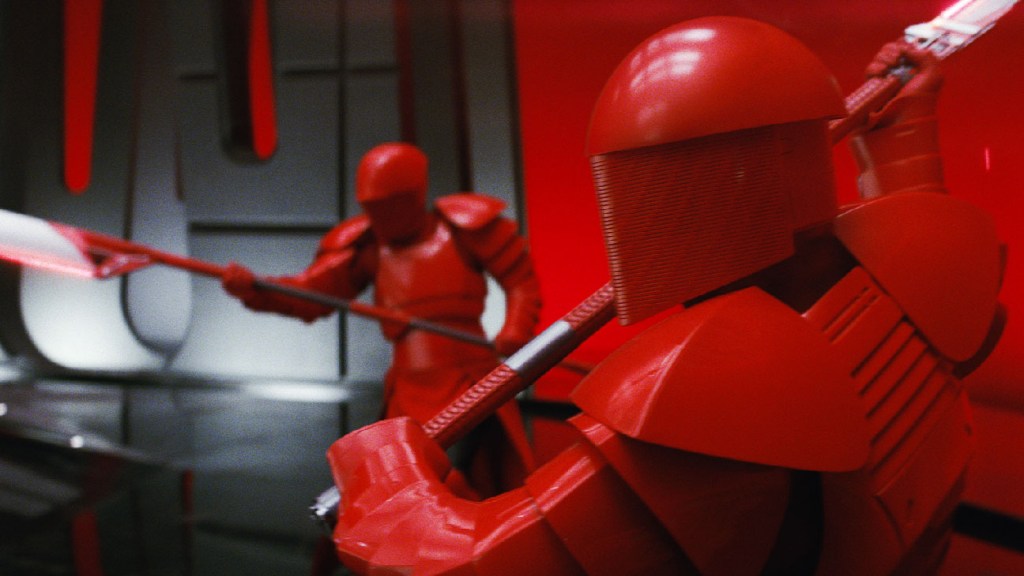 The Last Jedi has some of the worst moments ever seen in a Star Wars movie, and also some of the best. Thankfully the best — nothing can top the unadulterated joy in seeing Kylo Ren (Adam Driver) and Rey (Daisy Ridley) team up to defeat Snoke and his imperial guards — hit euphoric zeniths that outweigh the cons. It’s also the rare Star Wars movie that deepens and evolves in secondary viewings. 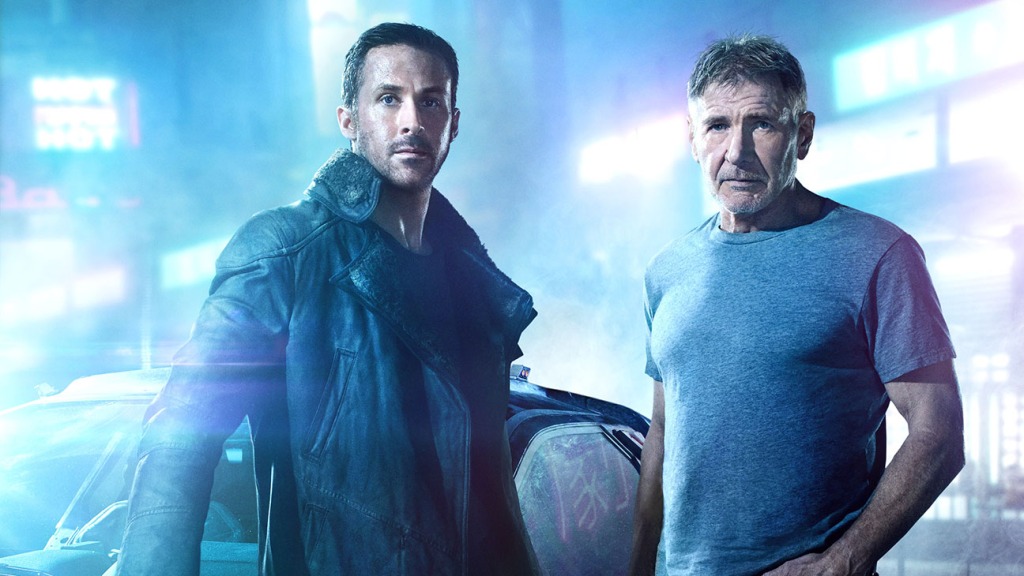 Sci-fi and film noir reunite in a rare sequel that builds on what has come before but also strikes new ground. The Denis Villeneuve-directed film takes on ideas of what is means to be human while also completely immersing you in its fully-realized future dystopia. It also gets old, cranky Harrison Ford to act old and cranky. While also filled with some frustrating moments, the movie is another one that deepens on secondary viewings. 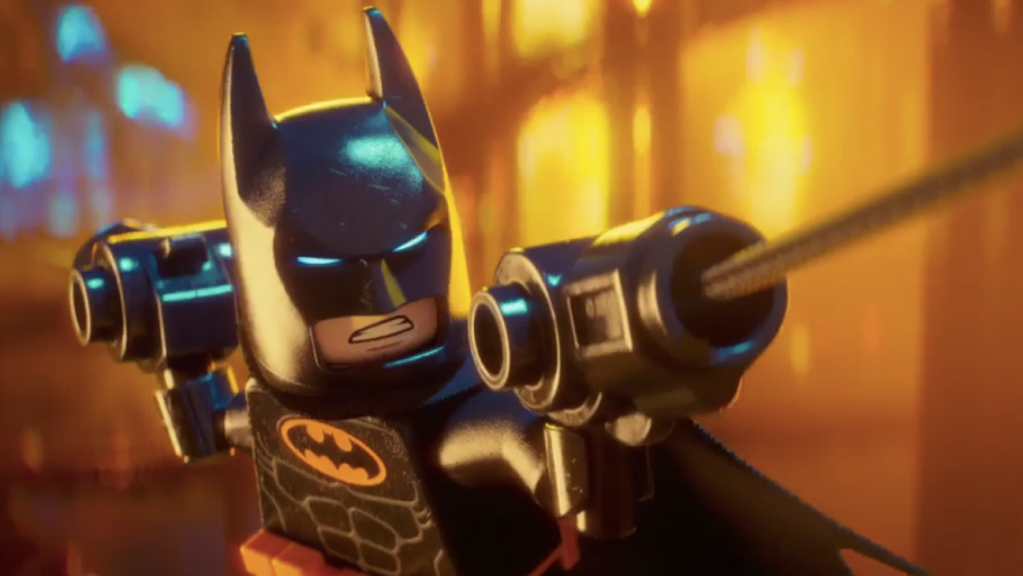 Who knew that the best Batman movie since 2008’s The Dark Knight would be this zippy animated Lego movie? But the movie distills 78 years of Bat-history in a way that cuts to the core of the DC character, poking fun at him while also highlighting everything that’s cool about him, too. 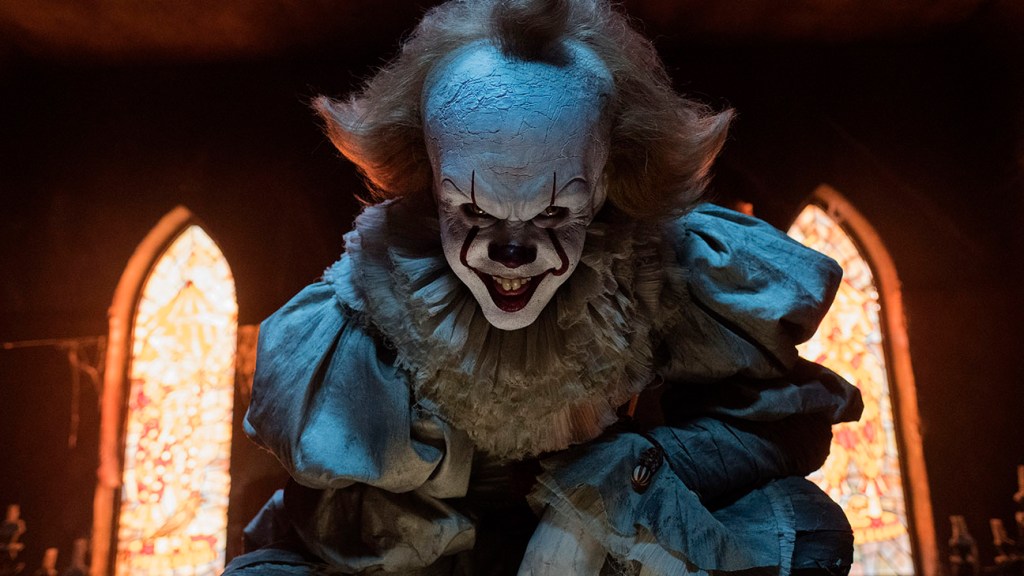 This adaptation of the classic Stephen King novel — only part of it — became an improbable phenomenon and justifiably so: It was really creepy. Yes, it tapped into 1980s nostalgia and rode a Stranger Things wave, but director Andy Muschietti paid attention to character, connecting us to the young cast while also serving up a demonic killer clown who grabbed us by the arm and never let go. 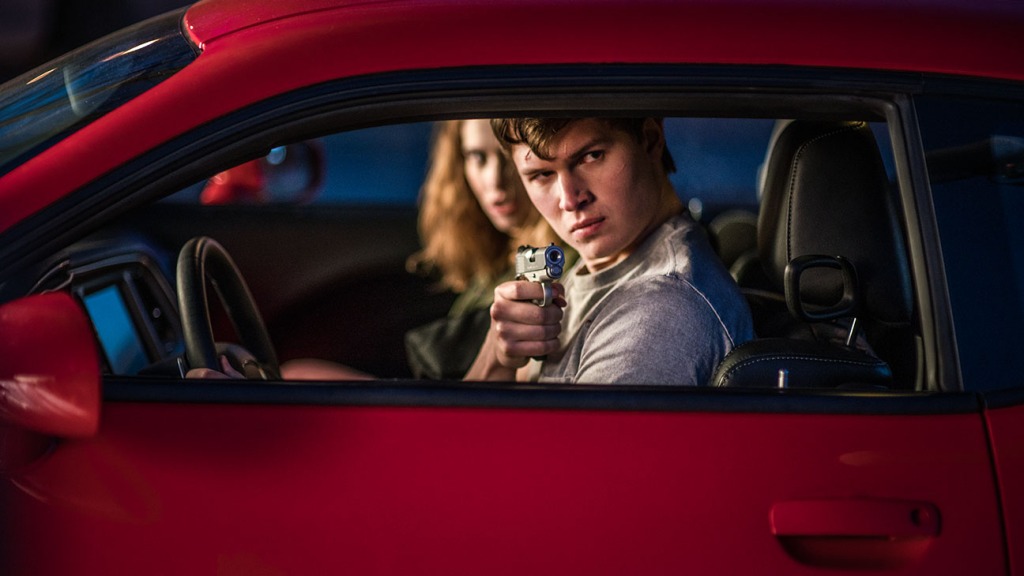 Perhaps the most kinetic movie of the year, Edgar Wright’s crime movie grabs you from the first car chase and throws you into a world of gangsters who talk as smoothly and quickly as our hero — a young man (Ansel Elgort) who blocks out his tinnitus with music — drives. The script has that old Wright crackling repartee, but it’s the car chases choreographed to music that leave you feeling like you’re watching a movie without a seatbelt on. 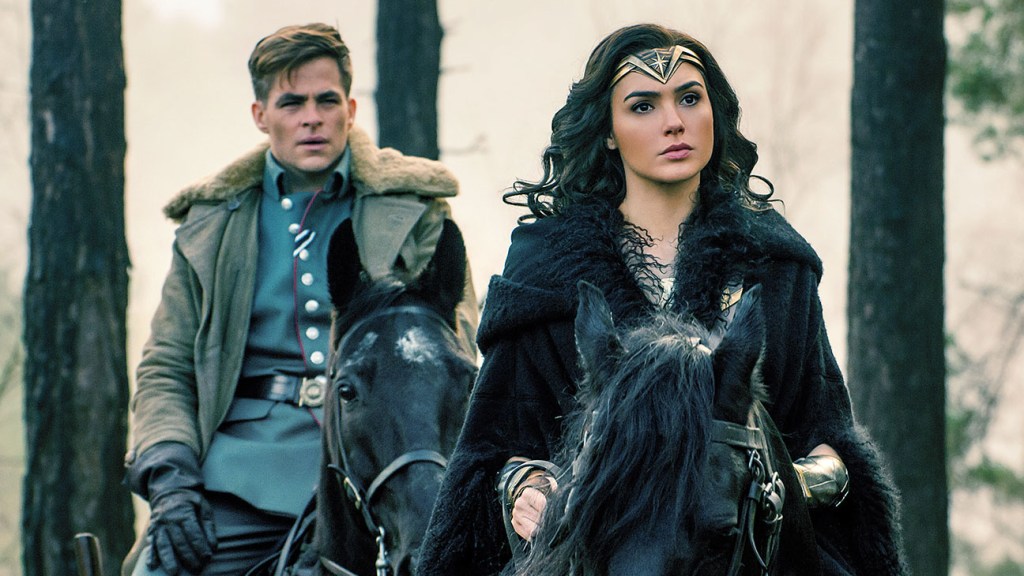 This is a movie that is at once a call to arms for half the planet’s population timed perfectly for 2017, and a throwback to adventure movies that Hollywood doesn’t make anymore. Gal Gadot achieves the near-impossible by perfectly embodying the iconic DC heroine, and she and Chris Pine achieve actual romantic chemistry as they team up to take on World War I bad guys. Director Patty Jenkins balances female empowerment with strong action sequences (many of which actually take place during the day!) and the movie offered up one of the best movie moments of the year with the rousing No Man’s Land sequence. 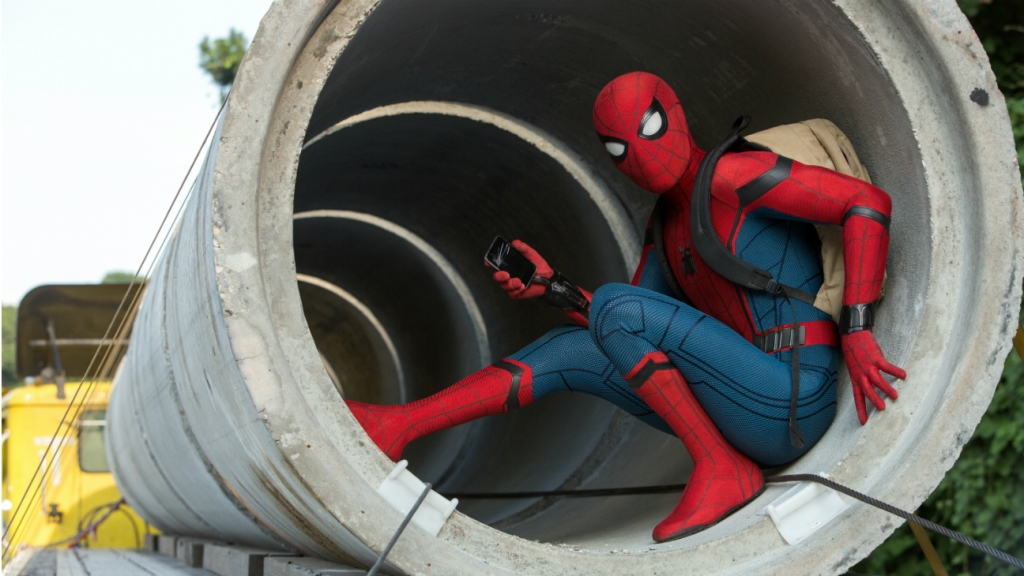 We all know how hard it is to make a good Spider-Man movie. We all know how easy it is to lose the grasp of what makes that character tingle. So kudos to Homecoming for re-setting Spidey as the hero you most want to root for, even as the old Peter Parker luck will work against him. Tom Holland pulled off Parker’s yearning and the conflict of wanting to be both a hero and a teen, assisted by the notion of blending the comic-book movie form with the John Hughes teen-movie genre. When all you want is for your hero to get to the prom with the girl of his dreams, that’s a good thing. 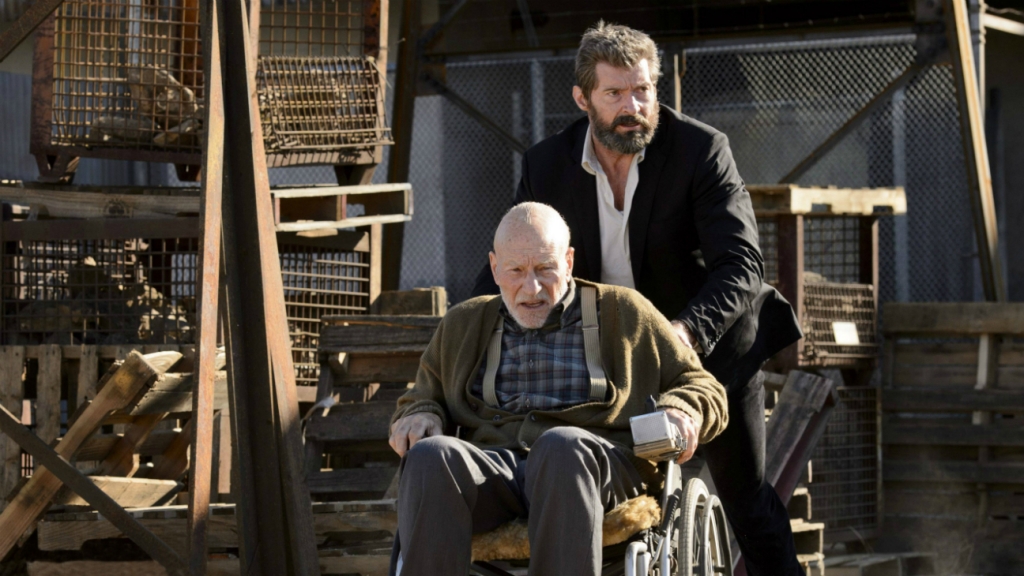 Speaking of blending, director James Mangold took his love for Westerns and grafted it on to an X-Men character, with the result being an aching good-bye to a character audiences have watched in highs and lows since 2000. Hugh Jackman and Patrick Stewart give some of the best performances of their careers playing men broken by shattered dreams who can’t escape the spectre of violence but have to, metaphorically, dig up the guns they tried to bury long ago in order to save a young girl, and in the process, themselves. Our heroes earn their peace in a classic Western way that also shows how comic-book movies can be as moving and thoughtful as any other genre. 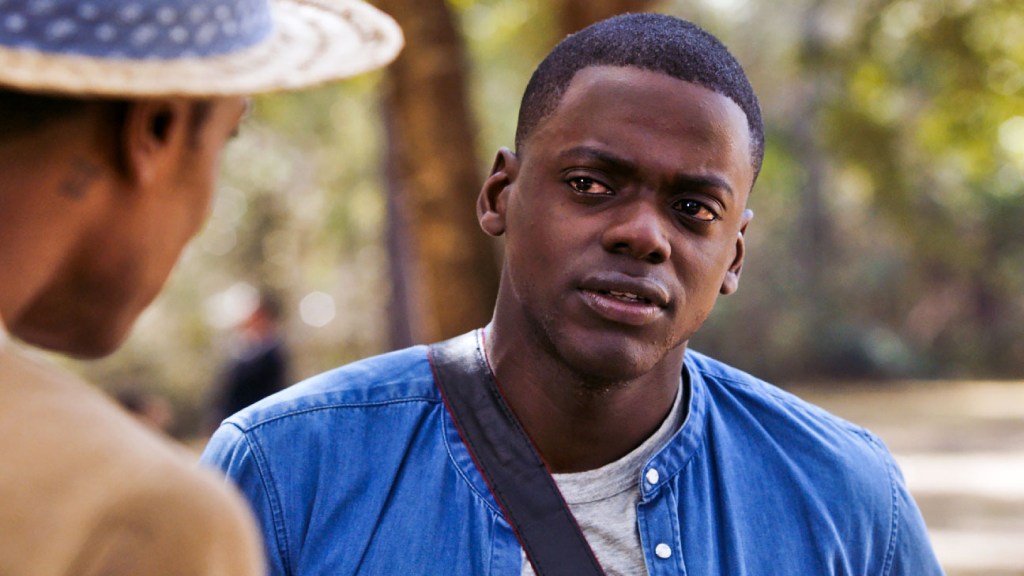 What else can be said that already hasn’t been said about the phenomenon of 2017? It’s the kind of horror movie that is almost impossible to pull off, but Jordan Peele, known for his comedy and making his directorial debut here, pushed you to the edge of your seat in terror while unveiling social commentary that was tapped improbably straight for the right moment in time (and in fact got timelier as the year went by). 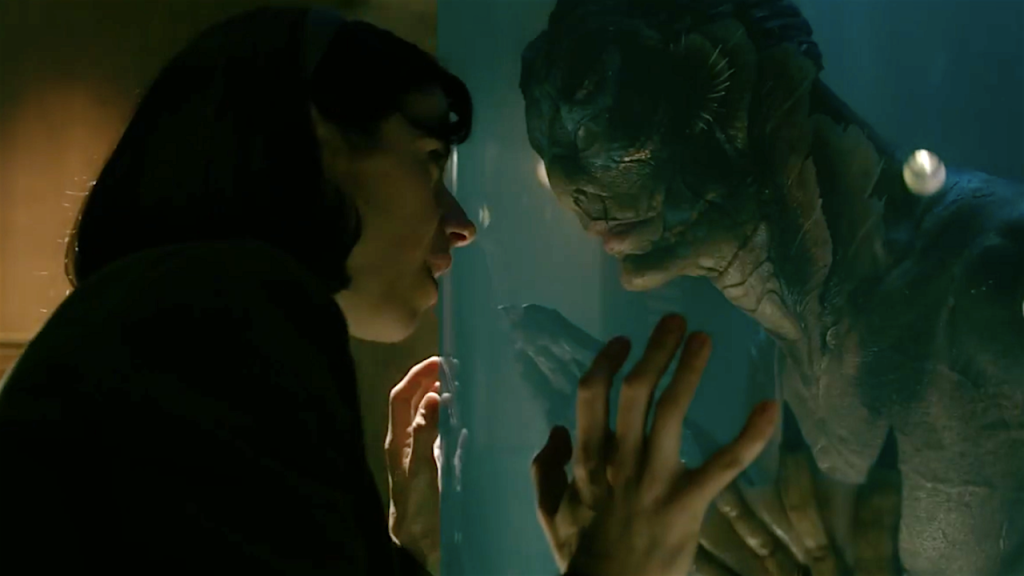 1. The Shape of Water

A love story, a creature feature, a Cold War thriller, an homage to cinema, a nod to outsiders everywhere, Guillermo del Toro masterfully juggles many balls as he embraces what is considered “genre” in one powerful bear hug. It is the best-made movie on this list, from Dan Laustsen’s cinematography to Paul Austerberry’s production design to Alexandre Desplat’s score. It’s also the best-acted movie on this list,  with the Oscar-worthy performances by Sally Hawkins, playing a janitor at a secret government facility, and Michael Shannon, the true monster in the movie. While the film never feels like it’s showing you the world right outside your window, it manages to feel timely and timeless, and is possibly del Toro’s best.