When I started my career, Carl’s legacy taught me that if I could have one career, his was the one that I would emulate because he did a little bit of everything. He showed me that comedy doesn’t have to be nasty to be funny, that it just has to be smart and real and based in the truth.

I met him in 1976 through [his son] Rob [Reiner]. We were welcomed with open arms and over the years became part of their family it feels like, which makes the loss even harder because it’s not just an icon and someone who totally inspired me when I was 5, 6 years old — he became like an uncle to me, as Mel [Brooks] has. Because we’re so close with Rob, we were able to spend birthdays and other great events together. He was the most unassuming superstar — that’s what he was to me — that you could ever imagine: incredibly warm, amazing charisma and he just knew who he was. Right now when I’m saying these things, I hate talking about him in the past tense. It’s still sort of sinking in.

[Producer] Phil Rosenthal said, “We could arrange these lunches with the giants every Monday.” [Reiner regularly lunched with comedy legends like Brooks and Norman Lear.] That’s what we did for a while. All they wanted to do was eat hot dogs, so it was every Monday at different places that had hot dogs. It was like having lunch with the Mount Rushmore of comedy: It was Carl and the incredible Larry Gelbart, Norman Lear, Neil Simon and occasionally others would come in. I don’t remember the last time I sat at the kids’ table with my relatives, but that’s what it felt like. It was a wonderful feeling that we were part of the same community and they were the most unpretentious, giving comedy geniuses that I could ever imagine. When Carl came to see me on Broadway in [2004’s] 700 Sundays, it was one of the few times I was nervous before a show. When I got his hugs and compliments on the performance, I felt like I had finally arrived.

The last big event that I was part of was his 97th birthday last year at his house, a very small gathering, and along with Dick Van Dyke and Mel, we were the only non-Reiners at the party, but it was at his invitation so it meant a great deal to me. 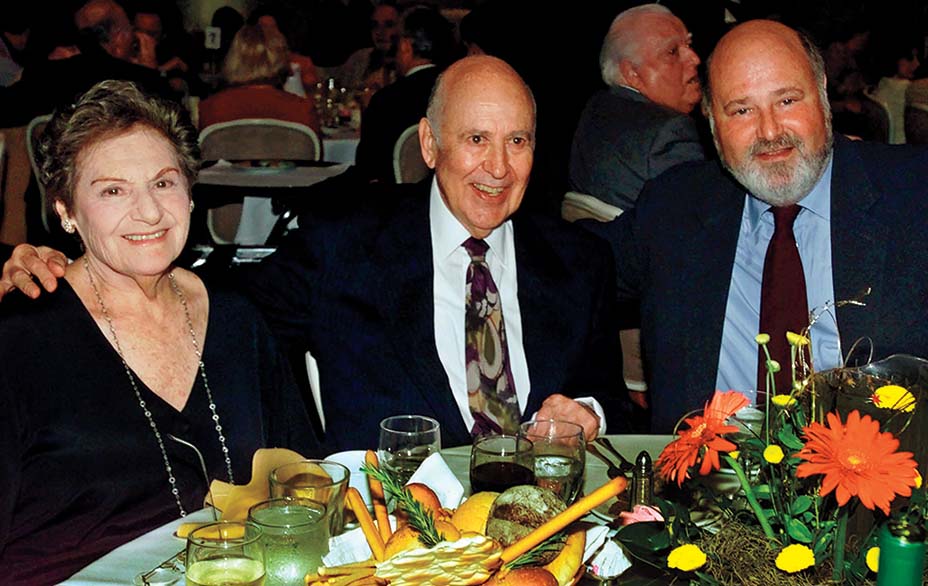 I’ve been around funny people all my life and there’s so many funny people who when something hilarious is happening, they’ll just sort of smile and whisper, “Funny.” He laughed — he had a great laugh, and when you listen to those amazing albums [with Brooks], when Mel goes off and does something totally insane and hilarious and smart, Carl not only laughs, he then brings it back with another shot, another setup for Mel. He was completely unselfish and the best straight man ever. He was so generous a performer, and I love that about him.

On top of all of it, he had this amazing marriage — he was in love from the time he saw [Estelle] until the time that she passed away, and I admired that in him. Janice and I just had our 50th wedding anniversary, and I looked at Carl and Estelle as proof that you can have a family as well as a career in this business.

I hope that in his passing that young people will get on YouTube and watch Your Show of Shows and watch the sketches and see what they did so many years ago. I’ll remember that I had a chance to get to know and be able to say thank you and I love you to one of the people who was directly responsible for me performing and becoming an entertainer — and feeling about my work the way he did about his.