For several years, the Black List has revealed its annual list of top unproduced scripts in Hollywood by having notable writers, actors and filmmakers create homemade videos announcing each winner one by one. For the 2018 list, founder Franklin Leonard and his team decided to shake things up with an ambitious new project: a six-minute short film that was made in just 24 hours.

“Part of the fun and part of the utter terror of it is that we have made something that we’re going to put into the world and it could go badly,” Leonard told The Hollywood Reporter a week ahead of the announcement. “We don’t know how people are going to respond, and I think that this is the experience that every writer has when they write a screenplay and send it to their producer or agent.”

The short The Last Days of TJ Staggs, which debuted Monday at 9 a.m., follows an agent (Paul Scheer) who was at the top of his game in 1998 – but then wakes up 20 years later to find that the industry has drastically changed. Grace (Sunita Mani) catches him up on all that he’s missed from the internet to Netflix to probiotics and political developments (“a black president has a TV deal and a white TV star is the president”). He also soon realizes how the culture of Hollywood has changed in many ways.

The six-minute short includes several celebrity cameos from directors (Hala’s Minhal Baig, Star Wars Episode IX second unit director Victoria Mahoney and Can You Ever Forgive Me?’s Marielle Heller) and actors (Constance Wu, Jay Ellis and Yvette Nicole Brown), but the most notable appearances are the 73 script titles that have been carefully placed in the film, embedded into everything from posters to Post-its. 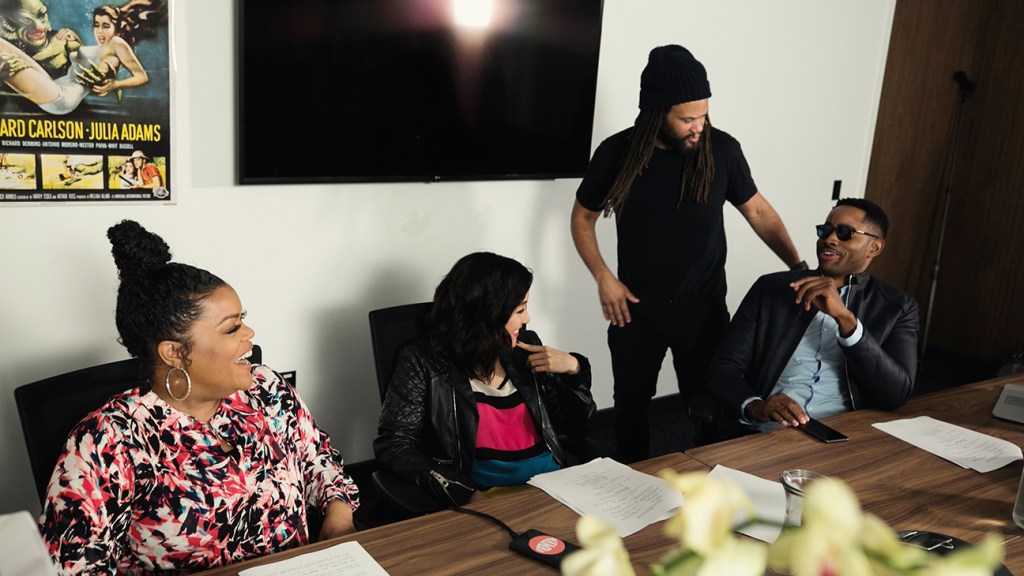 “It was such a unique challenge for all of us,” says production designer Susannah Honey. “We tried to be as creative and inventive as possible. It was about both the fun of Easter egging in people’s titles and knowing these writers are going to be able to go back and screenshot their title and send it to family and friends.”

The Black List enlisted the help of many creatives who have longstanding relationships with the group. The script was written by Danya Jimenez, Hannah McMechan, Kevin Oeser and Noga Pnueli, with Pnueli, Jimenez and McMechan also taking on directorial duties.

“We wanted to make this project in the way we want the industry to look and how it should look,” says The Black List’s Megan Halpern, who produced the short. “The entire producing team is women and people of color. And the directors were three women. That’s just something I’m very proud of.”

“We really wanted to do something that represented the industry in 2018,” says McMechan of the script. ”We thought the best way to do that was to contrast it with what the film industry used to be like, back in the old days.”

Not only does the film reflect on how the culture of the industry has changed (there’s mentions of the downfall of Harvey Weinstein and Kevin Spacey) and the new demands for more inclusion and more diversity in front of and behind the camera, but it also pokes fun at the industry’s current love of IP.

“The ’90s was a perfect comparison point, because in the ’90s, you could sell on the original idea. And now, in 2018, everything has to be based on a recognizable intellectual property, which leaves us and original thinkers in a very compromised state,” says Pnueli.

The making of the film was a whirlwind experience. While the team began working on the script in mid-October, the final tabulations on the Black List (which is based on an industry survey based on the input from hundreds of industry executives) weren’t completed until Friday, Nov. 30. Then Leonard, Honey and the team had just one night to finalize the production design to include every script title. The entire short was shot the next day, with the help of actors like Scheer, who’s had a long relationship with The Black List.

“I just am a believer in what they do,” says Scheer of The Black List. “As a writer, one of the things in this business that you need sometimes is a lot of people saying to other people ‘It’s good,’ for someone to believe in something that’s original and new. And I knew it would be fun and different. So I just said ‘yes,’ sight unseen.”

The Black List team decided to unveil the short at 9 a.m. P.T. on Monday, Dec. 17, with the full list of scripts to follow at noon P.T.

As for the screenwriters who are about to find out their projects have made the list, Pnueli says: “I hope it’s exciting for them to watch the video with that hopefully hilarious narrative and then, almost like children, to be able to pause every second to try to look for their own thing. I think it will be like a wonderful ‘wow’ moment to suddenly see your title in the background.”

Watch the short film above. 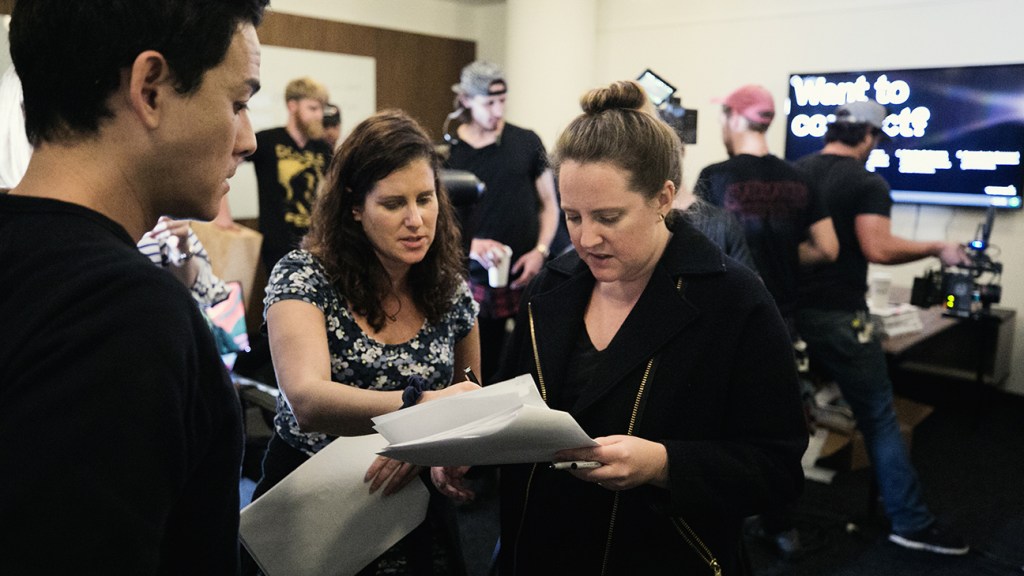