They’re one of the most distinctive parts of Marvel Studios’ Black Panther, and a central part of the cinematic Wakanda — but the Dora Milaje have been part of the comic book mythology for less than 20 years, and have only recently taken center stage on the printed page. How did Wakanda survive so long without them?

The Dora Milaje made their first appearance in 1998’s Black Panther No. 1, the first issue of Christopher Priest’s beloved run. As much as everything else about the issue — Mark Texiera’s lush artwork, which looked painted when combined with Brian Haberlin’s coloring; the unreliable narrator of Everett K. Ross (introduced in his own words as “Emperor of Useless White Boys” on the opening page); a tone that relied heavily on comedy while also delivering the most serious Black Panther yet — the Dora Milaje were an indicator that this was a Black Panther comic unlike any that had come before.

After three decades, Black Panther now had his own bodyguards, finally seeing him treated like royalty — both by the creative team and by those inside the comic. The Dora Milaje had a complex backstory that spoke to Wakanda’s culture as being intentionally different from the U.S. The group consisted of the finest women from each of the 18 tribes that made up Wakanda, each one becoming “deadly Amazonian high school karate chicks,” as the ever-snarky Ross put it. 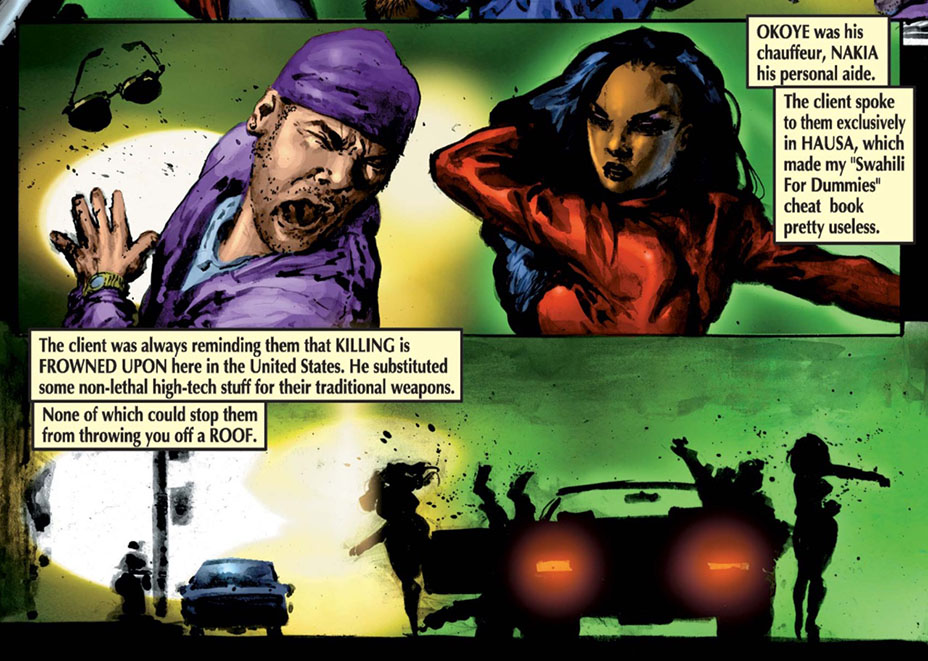 Priest even explained away the fact that readers had never seen the Dora Milaje before; delving into the group’s history, he revealed that it was an ancient tradition that had been retired in recent years, before being restored in order to quell cultural unrest throughout Wakanda. Technically, each member of the group were potential wives to the King of Wakanda, but neither T’Challa nor the Dora Milaje themselves put particular focus on that part of the tradition.

For the most part, the group remained in the background of Black Panther comics for some time. That’s not to say they weren’t effective — they were seen taking on War Machine and the Black Widow during the Civil War storyline of 2006 — but they were rarely a focus of stories, and indeed faded into the background enough to become faceless cannon fodder on occasion. (2010’s Doomwar suggested that there were actually hundreds of Dora Milaje, instead of merely the handful that had been initially established; that series also introduced the Midnight Angels, a band of particularly hardcore Dora Milaje for especially intense missions.)

Thankfully, the 2016 Black Panther relaunch, headed by Ta-Nehisi Coates and Brian Stelfreze, put a much-needed focus back on the group, firmly establishing an internal culture and individual personalities within the group. That series — and the Black Panther: World of Wakanda spinoff, by Roxane Gay, Yona Harvey, Alitha E. Martinez and Afua Richardson, especially — focused on two members in particular, lovers Ayo and Aneka, whose pride and passion for their roles in Wakandan society (and for Wakanda in general) made them at the very least the equal to the Black Panther himself in terms of heroism and story potential, even when they have to stand up to their king to defend what’s right. 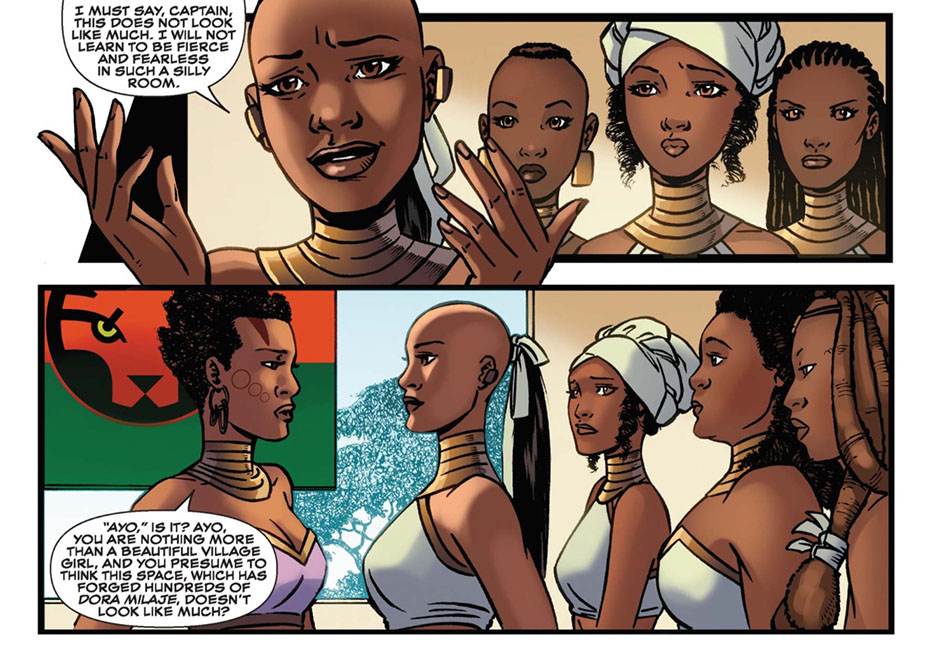 Moving forward, the potential for the Dora Milaje is vast, both in a Marvel Cinematic Universe that still hungers for good female characters and the comic book universe, where the need for strong heroes of color to speak to a necessary new audience becomes more obvious every day. Their focus may be on Wakanda, but the Dora Milaje have the potential to change the world.