We have our first, if rather underwhelming, look at Black Panther.

Walt Disney Company Korea unveiled a still of a key car-chase scene shot earlier this month in the South Korean city of Busan.

The still is part of a larger set-piece car chase that takes place in Busan’s scenic Gwangalli Beach area. A statement handed out to Busan citizens warned of traffic restrictions and noise for the scene, which involved some 150 cars and more than 700 people. 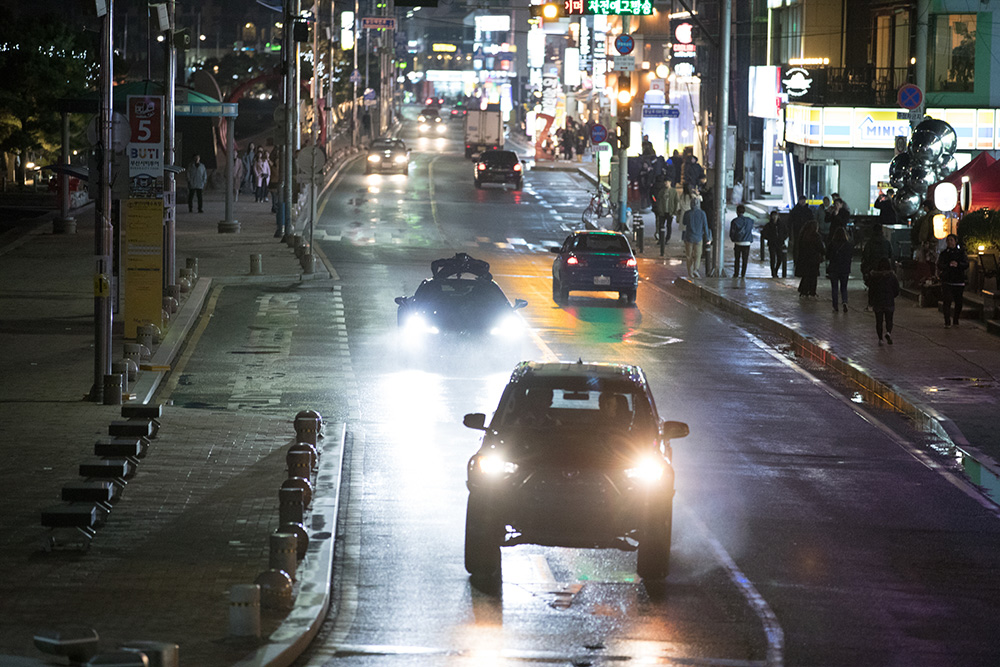 Other Black Panther shooting locations in South Korea include local landmarks such as the Gwangandaegyo Bridge, Marine City and Jagalchi fish market, as well as the Sajik-dong area. The shoot is due to wrap up this week.

In a statement, director Ryan Coogler was full of praise for Busan, saying it reminded him of his hometown in northern California. “Busan is a place full of energy, where modern architecture and traditional buildings create great harmony against the backdrop of a beautiful beach,” he said.

Part of Phase 3 of the Marvel Cinematic Universe, Black Panther stars Chadwick Boseman as the shadowy superhero as well as T’Challa, the young ruler of the African nation of Wakanda. The film is set for worldwide release on Feb. 16, 2018.

'Black Panther': All the Essentials in One Place