Moviegoers are already springing into action for Black Panther.

Alamo Drafthouse revealed to Heat Vision on Tuesday that the upcoming Marvel Studios film is preselling faster at its theaters than any comic book movie has before.

How much faster? After 18 days on sale, compared with recent comic book movies, Black Panther‘s closest competitor is Guardians of the Galaxy Vol. 2, which sold 72 percent as many tickets as Black Panther during the same period. Wonder Woman, the second closest, had sold 59 percent as many tickets during the same time frame. (See more stats below.)

The Austin, Texas-based theater chain is also using Black Panther to do some good in the communities in which it is screening. When moviegoers buy a ticket to any Alamo Drafthouse film at drafthouse.com, they will have the option to add $1, $3 or $5 in donations to the ticket price in honor of its Black Panther Charity Donation program. Those donations will go to a community group in each market.

Black Panther has been generating a lot of interest, with Fandango reporting Wednesday the movie is outpacing all other superhero movies in pre-sales at this point in time, topping Batman v. Superman: Dawn of Justice. And earlier this month the movie became Marvel’s fastest selling movie on the ticketing site in its first 24 hours. Meanwhile, box-office tracking suggesting the film could earn $100 million to $120 million in its opening weekend. The film’s Hollywood premiere generated yet more buzz, with positive reactions pouring in on social media. 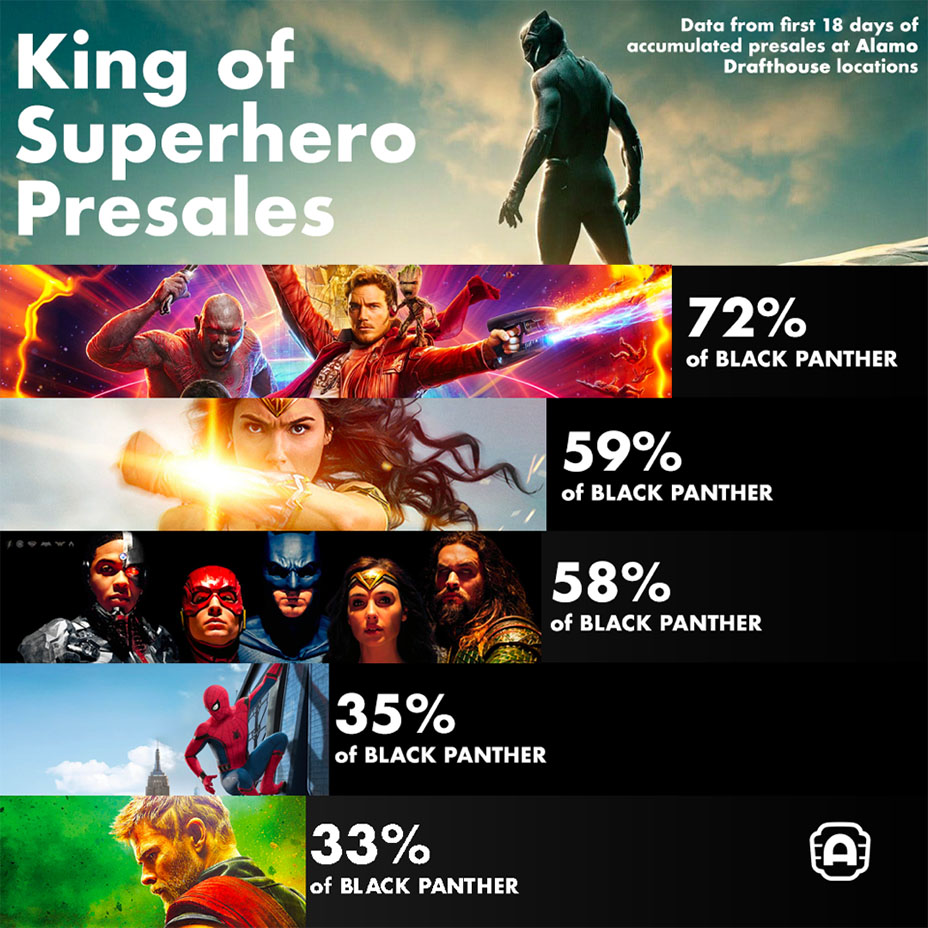