For as much as Hollywood loves a repeatable phenomenon, it is comforted by the anomaly, the unsolvable puzzle that deposits hundreds of millions in the bank while cutting against the grain of received wisdom and can’t possibly be replicated. The anomaly provides cover for executives to do what they’ve always done, to stay greenlight-complacent, to never have to chase the unicorn because the unicorn can never be caught.

When Get Out was released nearly a year ago and went on to make $255 million worldwide on a reported $4.5 million budget, it was viewed in many quarters — too many quarters — as a fluke. Jordan Peele’s film landed just after Donald Trump, who ran a divide-and-conquer presidential campaign, was sworn into office and spoke to the felt realities of a Black America confronting an ineffable slide into overt hostility. But, clearly, there was no pattern to be mimicked there. No real lesson to learn. Anomaly.

Then Wonder Woman landed in June — the first major studio film about a comic book superheroine to be helmed by a female director, Patty Jenkins. And it touched off a movement: Women, long sidelined in the superhero arms race, flexed their muscles and flocked to the Warner Bros. release over and over and over again, bringing friends, sisters and mothers to see themselves centered in the action in ways they’d never seen before. They pumped fists and shed tears at the triumphant “No Man’s Land” sequence, which Warners brass reportedly didn’t understand and asked Jenkins to cut, until she dug in her heels. “It’s the most important scene,” the director said. “It’s also the scene that made the least sense to other people going in.” Domestically, Wonder Woman has outgrossed every other DC Extended Universe film, and at $821.8 million globally, it fell just $50 million shy of Batman v. Superman: Dawn of Justice — and that had Batman and Superman. Anomaly.

And now there’s Black Panther — the Ryan Coogler-directed Marvel film with an overwhelmingly black cast and an incredibly diverse crew — which has smashed every expectation in its first two weekends. There’s a temptation to say that its $242.2 million four-day opening “overperformed,” but that word just reveals the failure of the establishment to understand the product and its audience. Just a month ago, the film was tracking to open at $100 million: How do you account for a $140 million underestimation? Were those 10 million people hiding somewhere? (No.) That’s simply a prognostication machine that wasn’t paying attention to the social media response to those first trailers back in June or reading the not-that-hard-to-read tea leaves of GoFundMe campaigns to take kids by the classroom to see Black Panther.

There’s been a long-held belief in Hollywood that black films don’t play overseas, yet Black Panther was at $500 million worldwide as of Feb. 22. If you string enough anomalies together, they’re not anomalies anymore. They paint a picture … and not the kind of picture you have to stare at for hours until the pirate ship appears.

The next few weeks will find Hollywood executives and agents, networks and studios trying to wrap their minds around what they were previously happy to dismiss as anomalies but have now presented themselves as a New World Order. It will be tempting to look at the past year at the box office and decide that Narrow is the New Broad. That the old four-quadrant model is just that, old. That bland spectacle is no longer enough. That the way forward is to be culturally specific.

But it’s not like specificity is some new concept. Comedy has taught us that lesson for decades. Richard Pryor, Eddie Murphy, George Lopez, Ellen DeGeneres, Dave Chappelle and Chris Rock have all enjoyed massive crossover success by embracing their specificity rather than avoiding it. A joke devoid of detail ain’t gonna make no one laugh.

And genre storytelling has lived and died by the tactile realness of its world-building. If Westeros didn’t feel like an actual place, with various rivalries, traditions, legends and politics, then Game of Thrones would’ve died the unheralded death of so many uninspired sci-fi/fantasy dramas. Detail is what makes it breathe. (And if you don’t have detail, you’d better have nostalgia. Just ask Jurassic World.) 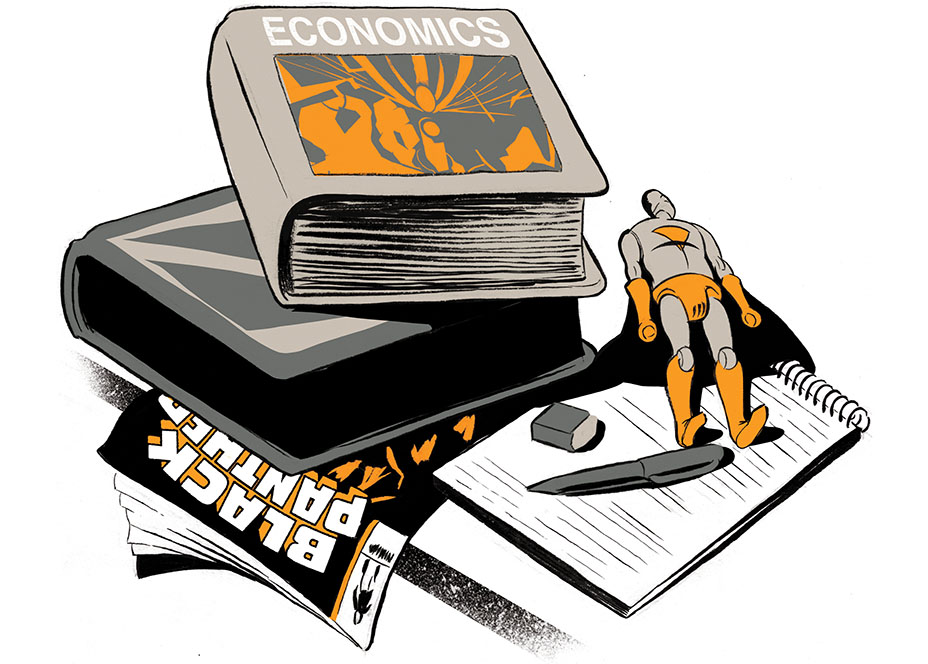 The idea of filmmakers of a specific ethnicity getting to tell their tales isn’t entirely revolutionary: Try to imagine The Godfather or Goodfellas from directors without the intimate knowledge of Italian family dynamics that Francis Ford Coppola and Martin Scorsese brought to bear. Or Schindler’s List in the hands of a filmmaker who didn’t feel the tonnage of history the way Steven Spielberg did.

No, the reason we’re in the midst of a halcyon age of representational storytelling that’s resonating on a historic scale is that a far more diverse pool of storytellers — black filmmakers, female filmmakers, Asian filmmakers — are getting empowered to tell their stories their way with all the resources usually reserved for white, male creatives. Black Panther isn’t just the story of a handsome prince taking the throne of a fictional, advanced African nation, it’s also the story of a filmmaker reckoning with the disconnect that lives in the hyphen between “African” and “American.” It’s about a man who grew up around women of strength and grace and power who didn’t think twice about populating both his art and his set with those same kinds of women. It’s about a kid from Oakland dreaming dreams that the world told him he couldn’t.

Similarly, Thor: Ragnarok would never have been both a balls-out buddy comedy with a perfectly timed anus joke and a trenchant examination of the paved-over sins of colonial expansion without the half-Maori New Zealander Taika Waititi at the helm. And we have proof positive of how Jenkins’ centering of Diana in Wonder Woman is different from Zack Snyder’s treatment of the same character in Justice League: More openness, innocence and resolve … fewer gratuitous shots of Gal Gadot’s ass.

And there’s no one who could’ve conceived of Get Out but Peele, who spent years exploring the ways race and genre collide on TV’s Key & Peele, is a student of horror and has definitely found himself navigating the frothy waters of meeting a white girlfriend’s parents for the first time.

The way forward isn’t simply to decide to greenlight stories about diverse people. It’s to cultivate a generation of writers, directors and producers who see the world through their own unique lens and then bring that perspective to bear. If Marvel didn’t have someone like Nate Moore in its producer ranks, someone who knew who T’Challa was and what he could mean, you’d never get a Black Panther. If Pixar didn’t elevate story artist Adrian Molina to co-director and co-writer, Coco might’ve seemed more like a Day of the Dead theme park ride than a haunting, heartbreaking exaltation of Dia de los Muertos.

What audiences are responding to, in every movie that’s popped in the past year, is a sense of truth. Just as we can tell, somehow, when CG is spackled on a little too heavily, we can sense when something feels inauthentic. We can tell the difference between 12 Years a Slave and Amistad, between The Joy Luck Club and The Last Samurai, between Selma and Mississippi Burning. One of them feels true — and truth, ultimately, is what makes something universal. 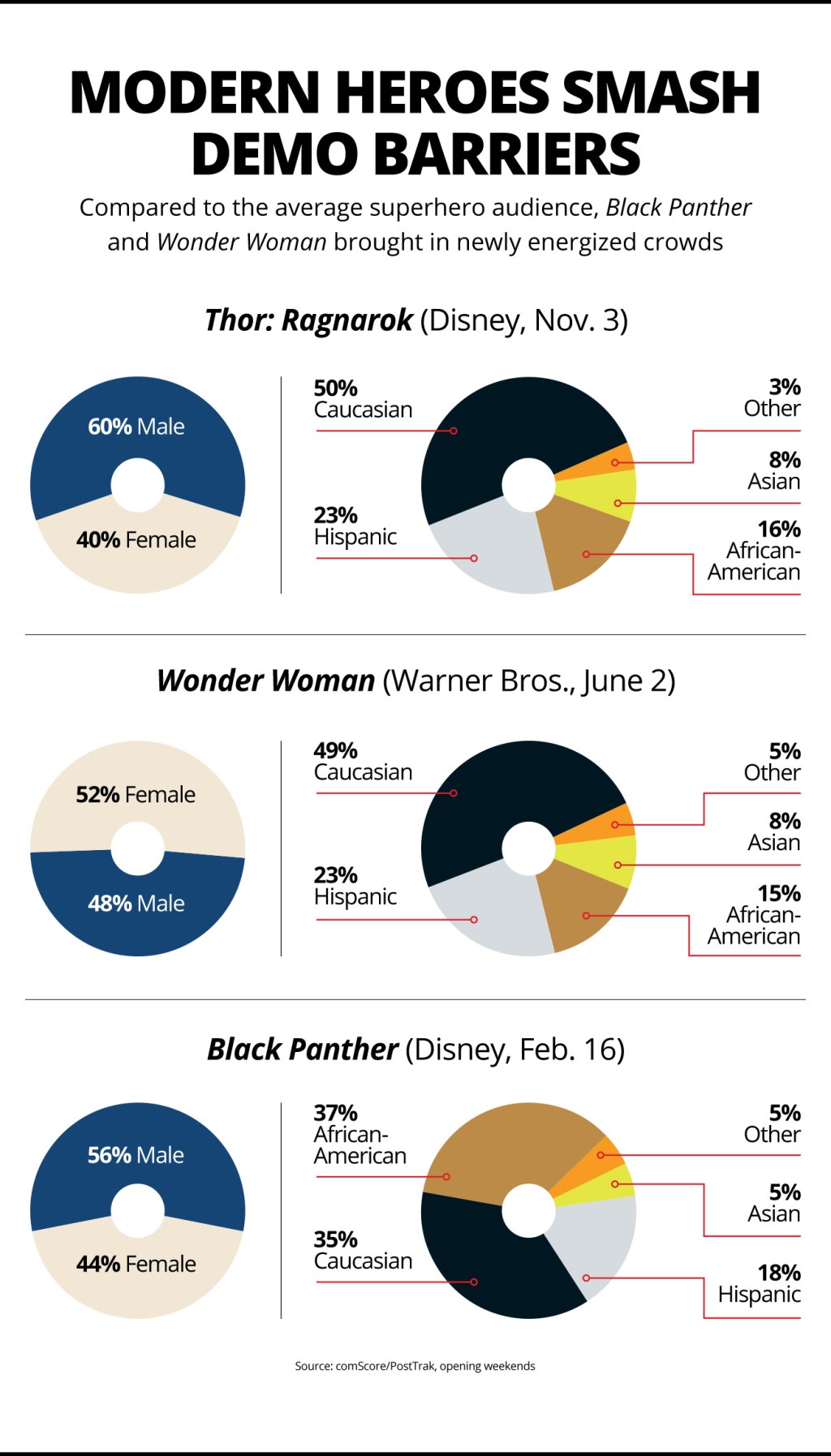 Marc Bernardin is a television writer and former THR editor who co-hosts the Fatman on Batman podcast with Kevin Smith.