There was a big reaction online when the bloody and bold trailer for the U.S. release of Blade of the Immortal hit in August.

It’s billed as the 100th film from prolific Japanese director Takashi Miike, a filmmaker who counts Quentin Tarantino among his fans. Blade of the Immortal is based on the manga written by Hiroaki Samura that ran from 1993 to 2012 and follows a warrior named Manji who cannot be killed as he helps a young girl seek vengeance for the death of her father.

Manji is played by Takuya Kimura, a pop star and one of the biggest actors in Japan — someone the director was told would never take the role. But the actor signed on and attacked the part in a way that makes him almost unrecognizable in the film, which opened in the U.S. on Nov. 3.

In a conversation with Heat Vision, Miike details the great lengths his leading man went to embody the one-eyed killer, what went into the film’s ambitious final fight scene and why he doesn’t believe in rehearsing.

How did you transform Takuya Kimura into a weathered killer? It’s quite a different role for him.

Well, I personally thought Takuya Kimura would be the best actor for that role because he’s the closest thing to being perfect for it that I could imagine. And when I spoke to the producer about that, the producers immediately said, “He won’t do it. No way!” However, from his perspective, I don’t think it was that he wouldn’t do it, it was more like maybe he couldn’t do it. However, my personal take is that, as an experienced actor with a long career, he would be very compelled to take different roles — even the types of roles he hadn’t ever had a chance to try his hand at.

The end fight scene must be one of the most ambitious scenes I’ve seen in a long time, featuring what looked like hundreds of extras with swords. How long did that take to rehearse? What was the biggest challenge about it?

I’m the type of person that feels that if we have time to rehearse, we should use that time to just film. It’s not like we would rehearse and then get to a point where I say, “OK, this time the camera’s rolling.” We just film, and if it’s not usable, we do it again. I’ve never had the “rehearsal” approach on any of the films that I’ve made. We get all the actors together and we just start filming. However, all of the actors came to the set after doing considerable training on their own. In the case of Mr. Kimura, one of his eyes has makeup that makes it look deformed. So he had to do all of the action scenes with one eye. And honestly, it would have been very possible to use makeup that allowed him to see out of both eyes, but Mr. Kimura said, “OK, well, Manji can’t see in one eye, so I’m going to act with this eye deformed so that I can embody his character better.” So he ended up not using one of his eyes while filming — in fact that was his dominant eye. He also said, “if I’m just acting like I can’t see but I really can see, then I have to do extra acting work to make it look like I’m blind in one eye.” And that’s how he wanted to roll.

You’ve said the reason you do so many projects is you don’t say no, and you like to challenge yourself. Do you ever regret being so busy?

Yes, I certainly do. But having said that doesn’t change the importance of filmmaking to me. Every take and every day of filming — they all have their significance and their importance to the final film product. Even when I think, “Oh no, I am way too busy” or “I’m in over my head,” it’s the film that ends up saving me and making it all worth it. On some films, you know the work is tough, but you can’t use that as an excuse to do a half-assed job, so you still give it your all. Even though sometimes you may be a little bit tired and lose a little bit of steam, you allow yourself to get absorbed in the project again. And when you get absorbed in the project you really concentrate, you’re 100 percent present and absorbed in the project, and you forget about yourself. You forget about your own suffering or discomfort. And when that happens you can dedicate yourself completely to it and focus. You get lost in making the film and honestly that’s when you really start having fun.

You’ve said you aren’t really a fan of violence in films. Why do you think that shows up in your work so often?

Well first of all because of the characters that I encounter when making films. They are violent characters. Even though they’re violent, it would be great if they could just calmly get together and talk and work it out. It’s also more difficult to film violent scenes, so it would be easier to just film a meeting where they just meet and work it out, but that may not be much of a film. The characters interacting in my films are violent, and more and more of them appear as it goes on, and personally I’d love to stop them from having mortal battles, but the characters are what they are.

And then there’s the audience’s and the producers’ expectations of me, the director, and what they need from me. They desire films that have those kind of characters. So contrary to what you might expect, I get a kind of feedback from them, from the audience and fans, as if they’re saying, “This is what you’re best at, so please film more scenes like that.” And all of that is communicated through my films, with people who I’ve never met in person and never interacted with — their wishes and expectations make it back to the director, you know?

How close do you think you are to making a Hollywood film? You’ve said that in the past you’ve come close a few times.

If I were to film a Hollywood movie, I would have to be working in Hollywood where that kind of movie has to be made, and that’s very difficult. For example, in Japan, to become a director or to live as a film director, we can assume that a Japanese director probably only uses 10 percent of their energy to stay in the game, and they may use all of the other 90 percent of their energy to make movies. However, in Hollywood, it’s more like 50-50, because the competition is so fierce. A Hollywood director probably has to use as much as 50 percent of their resources and energy just to survive as a director, and the other half goes to making films, so I think the overall level of energy a director has to have is much higher here. 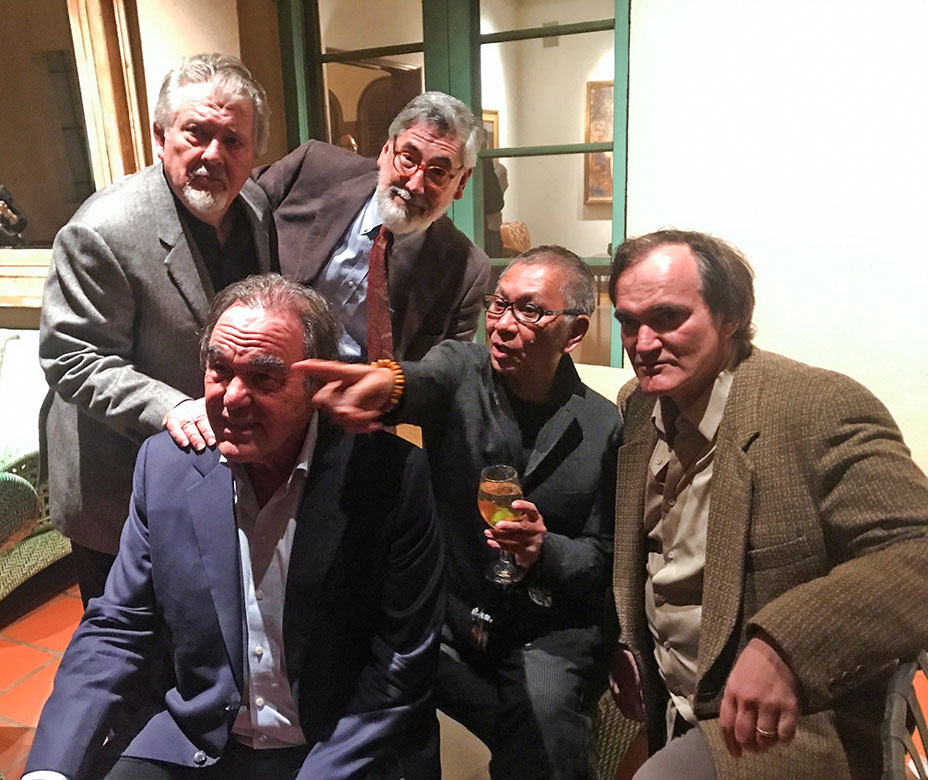