Sean Young’s replicant Rachael is iconic to Ridley Scott’s 1982 classic Blade Runner — which made it all the more challenging when director Denis Villeneuve tasked veteran VFX supervisor John Nelson to bring the character back with the exact early look in a scene in Blade Runner 2049.

This task again demonstrates that Hollywood’s visual effects community wants to advance digital human work, which is still widely considered to be the most difficult of VFX feats, as it is something so nuanced and familiar — a human face. But the uses are becoming more frequent and for varied purposes — just consider the CG versions of Carrie Fisher’s Princess Leia that appeared in Rogue One: A Star Wars Story or the younger version of Kurt Russell introduced in the opening of Guardians of the Galaxy Vol. 2.

Says Nelson (an Oscar winner for the VFX in Scott’s Gladiator), audiences could be all the more critical because the new film includes a short clip from the original — during which Harrison Ford’s Deckard remembers Rachael, which is “footage from the original movie that we went in and slowed down, made it come out of black … so it seemed more like a memory.”

To create the new scene with Rachael, a body double (Loren Peta) played the role on set with the actors and then the VFX team replaced her head with a digital rendition of Rachael. (Sean Young was on set during the filming of these scenes).

'Guardians of the Galaxy Vol. 2': A Digital Kurt Russell and Other VFX Tricks Revealed

Of course, she couldn’t just look like Rachael, she had to act like the replicant. “When she walks in, we put that confident look into Sean, and when she gets up to Harrison, Denis says ‘it’s like two people who hadn’t seen each other in 10-15 years and love each other very much and meet at a train station,’ so she goes through this arc from being confident to longing … and then some rejection. We tried to give [the digital performance] the same nuances that Sean gave originally.”To do this, both Young and Peta performed the scene using the Dimensional Imaging (DI4D) facial performance capture system, which was used as the reference for the completed shots. “For the most part, we used Sean’s performance. Sean’s 19-year-old son (Quinn Lujan) was one of my PAs; I captured him too,” Nelson relates.

Then the digital character was created at VFX house MPC (also the lead VFX house on Jon Favreau’s The Jungle Book, which won the Oscar in VFX earlier this year), under the supervision of MPC VFX supervisor Richard Clegg. “Rita” was the code name for this part of the film. “It was done so secretly a MPC,” Nelson says of the VFX work. “We walled off the crew that was working on this. … You really need all the subtle nuances. It took a lot of time and effort.”

In addition to the head and the performance, Nelson adds that some work was done on the body. “[Loren Peta] is an athlete, so her shoulders were a little bit broader than Sean’s at 19, so we took the body and scaled it down a little to take the shoulders.

Pictured below: Actress Loren Peta played the role of Rachael on set with the actors. The VFX team them created a digital version of Sean Young’s head, which was used in the completed shot. 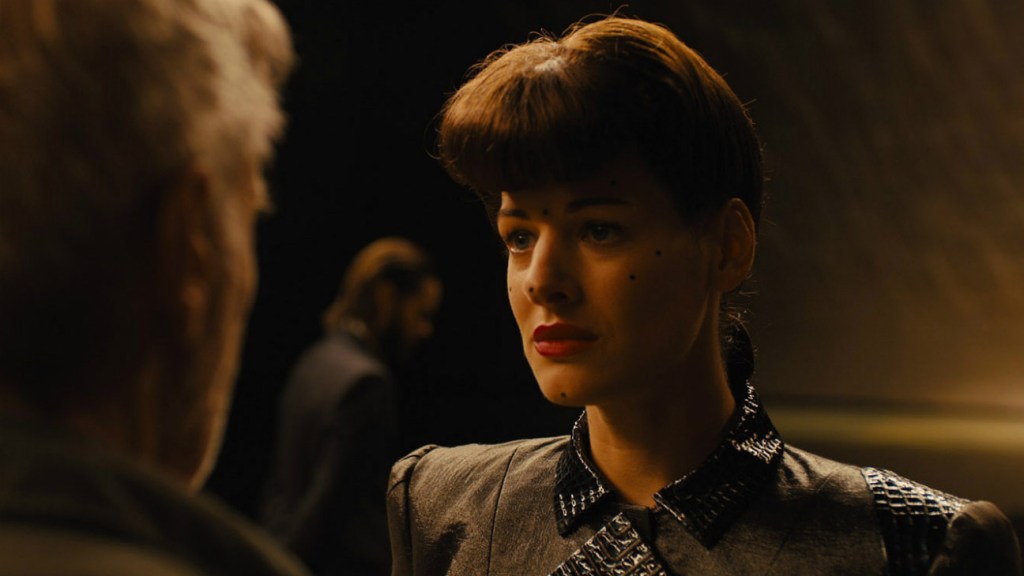 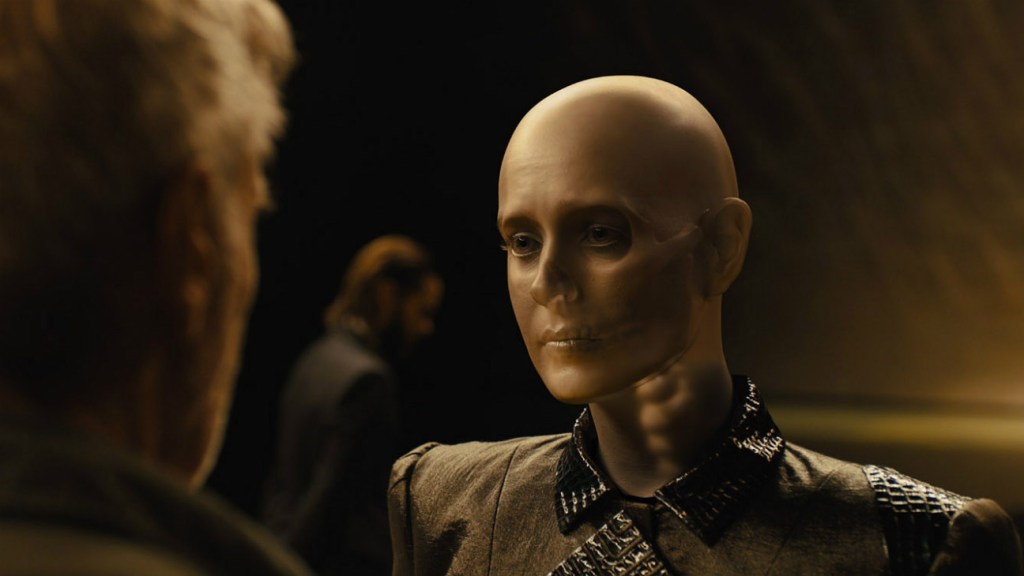 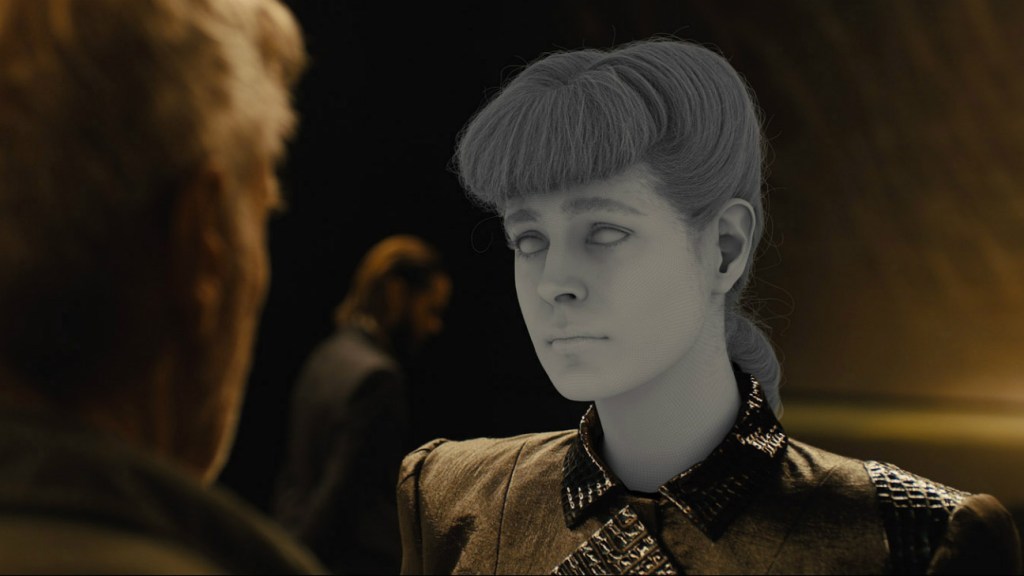 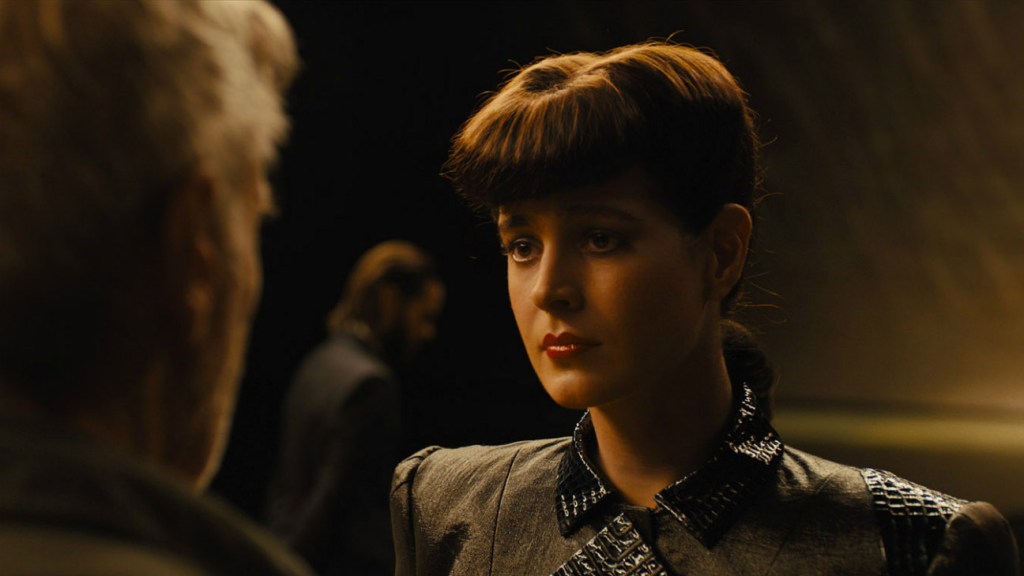