The Blade Runner 2049 experience is positioned across the street from the convention center, making it just far enough from the major crowds but allowing it to still have a crowd all its own.

On Friday morning when I stopped by, the line was already around the block, and the person checking people in said that it gets worse in the afternoon, at which point they break out white umbrellas to give to those waiting in line to protect them from the unforgiving San Diego sun. After moving from the line to a holding pen, you are ushered inside to yet another holding pen — but at least this holding pen has concept art! 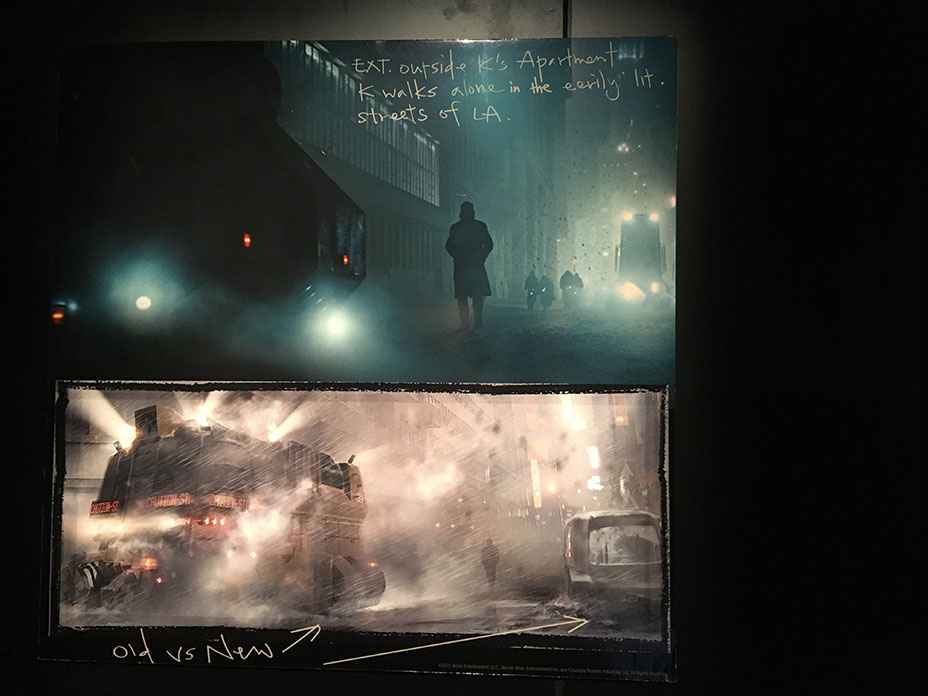 Stills from the movie with stars Harrison Ford, Jared Leto and Ryan Gosling adorn the walls of a hallway that eventually lead into a small VR theater, where viewers are fitted with headsets and headphones.

The VR experience only lasts a couple of minutes, but it is one of the best VR spots I have seen at a Comic-Con activation. The gist of the story you are a blade runner in your spinner tracking down a replicant. You begin in a chase around Los Angeles, with neon signs and Coca-Cola ads (like … a bunch of Coke ads), and end up in a collision on top of a building, at which point the VR ends. The entire time, you are seated in movie theater chairs that vibrate and move, which gives the whole experience a Star Tours vibe.

Comic-Con: 'Blade Runner 2049' Panel Fills in the Timeline Between Sequel and Original

When you take off your headset, one of the four theater walls has disappeared and in front of you is a physical rendition of the virtual crash scene you just left, complete with a smoke-spewing spinner surrounded by LAPD. (Yes, it’s actually the one from the movie.) One police officer questioned me about the crash, asking for a description of the man. (I offered what can only be described as an incredibly accurate portrait of Notebook-era Gosling.) 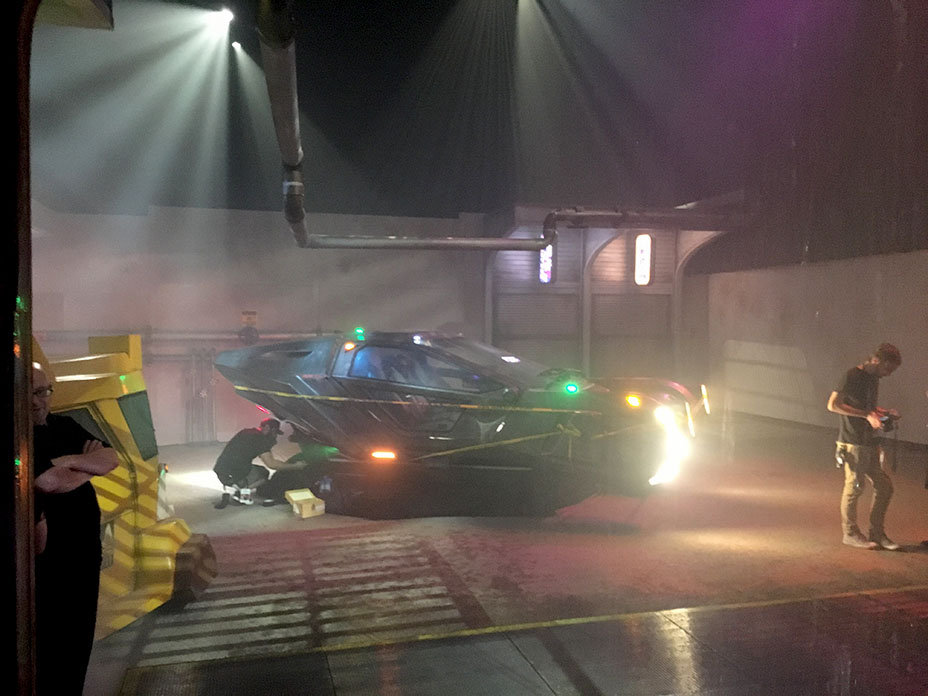 The LAPD eventually kicks you out of the crime scene and into a bar populated by patrons dressed in various fur hats, plastic coats and neon face paint, all of which could feasibly pass for night looks at Coachella.

The occasional police officer will come and grab a person and ask them to scan their face at station meant to test if you are a replicant or not. If you do end up being a replicant, one of the Coachella cronies follows you around for a little bit telling everyone that you are one. (For any interested party, I am not a replicant.) 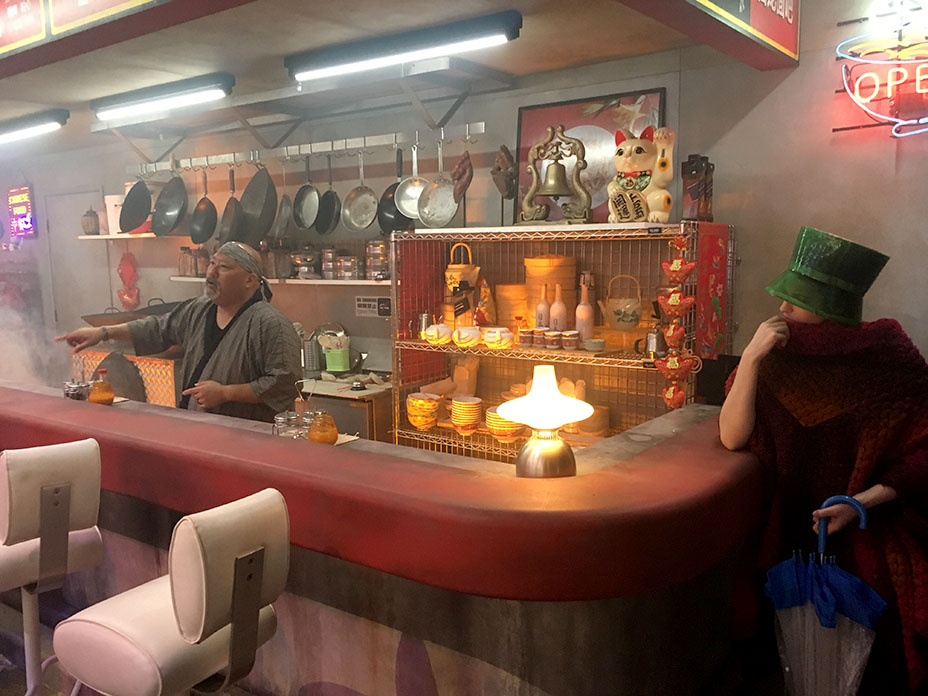 In the bar there were sets pieces, costumes and props that you could peruse at your leisure, from handcuffs to police badges to takeout containers. The coolest item, at least in this reporter’s humble opinion, was the blaster that Rick Deckard (Ford) used in the original Blade Runner that he also uses in 2049. 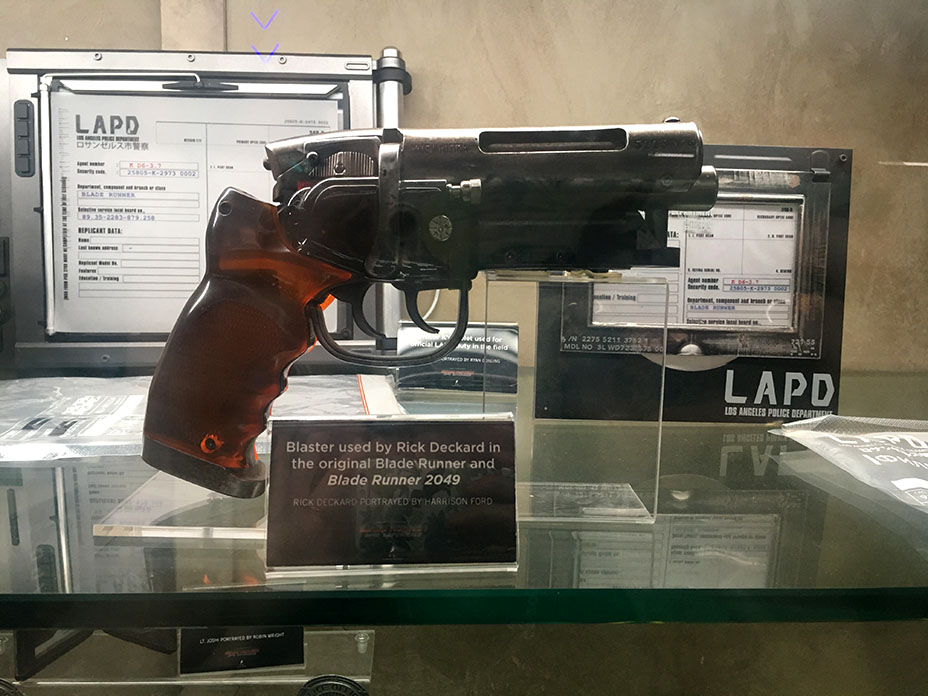 On your way out, there is a second bar where normal-looking bartenders are handing out shots of Johnnie Walker from test tubes. Being that it was 11 a.m., I did not try the test tube whiskey, but I did get a T-shirt. So, alls well that ends well in 2049 Los Angeles.