The beginning of Blade Runner 2049 sets a fantastic tone for the film, but it could have been far better utilized.

The film’s beginning scene is very good, no arguments here, but fanatics of the first film know that the farm opening was actually taken from a scrapped scene in the original 1982 film. And it would have been far better in that film than it is in the sequel, where it introduces Officer K (Ryan Gosling).

In the initial scrapped scene, Hampton Fancher, executive producer and initial screenwriter of Blade Runner and 2049, constructed a mesmerizing moment from a single image offered by Ridley Scott: a boiling pot on a stove in a little farmhouse. In that script, Deckard (Harrison Ford) would be sitting in the kitchen, and through the windows, the day would get darker and darker until a strange vehicle pulls up and a man in overalls arrives. The man ignores Deckard, walks into the kitchen and starts stirring the boiling pot.

The farmer says, “Do you want any soup?” Deckard doesn’t say anything. “Who are you with, anyway?” Deckard gets up and says, “I’m Deckard, Blade Runner.” And then he shoots and kills the guy seemingly for no reason. As the man slumps against the wall, falling to the floor, Deckard reaches to the man’s head and pulls his lower jaw out, on which is an aluminum construct displaying an ID number. This is the point when the audience realizes the farmer is not a person, but a robot. Deckard takes the jaw, puts it into his trench coat and walks out of the farmhouse.

Now that would have been a hell of an opening.

In the actual original film, the audience is introduced to Deckard while he’s sitting outside as it is raining, reading a newspaper before ordering some food. The first introduction to an android acting bizarrely happens when Leon Kowalski (Brion James) starts glitching after being asked about the tortoise in the sun by Holden (Morgan Paull) during an interrogation.

The beginning of Blade Runner 2049 mirrors this, for the most part, but here are the differences:

Dave Bautista plays the farmer, Sapper Morton, who is aware of Officer K’s arrival and immediately knows once they are inside the home that this Blade Runner is also a replicant, although a new model. So there is the “reveal” to the audience that Gosling’s K is a replicant (unless you figured out from a scene in the trailer in which K bursts through a wall, something no human could realistically survive). There is a boiling pot on the stove, which is nice to see. There is also a lot more talk between the two than in the scrapped scene because the film must set up the “miracle” of the child. Then, of course, there is a brutal fight, which ends with Sapper being shot and killed. It is his right eye, not jaw, that is marked and retrieved by Officer K. 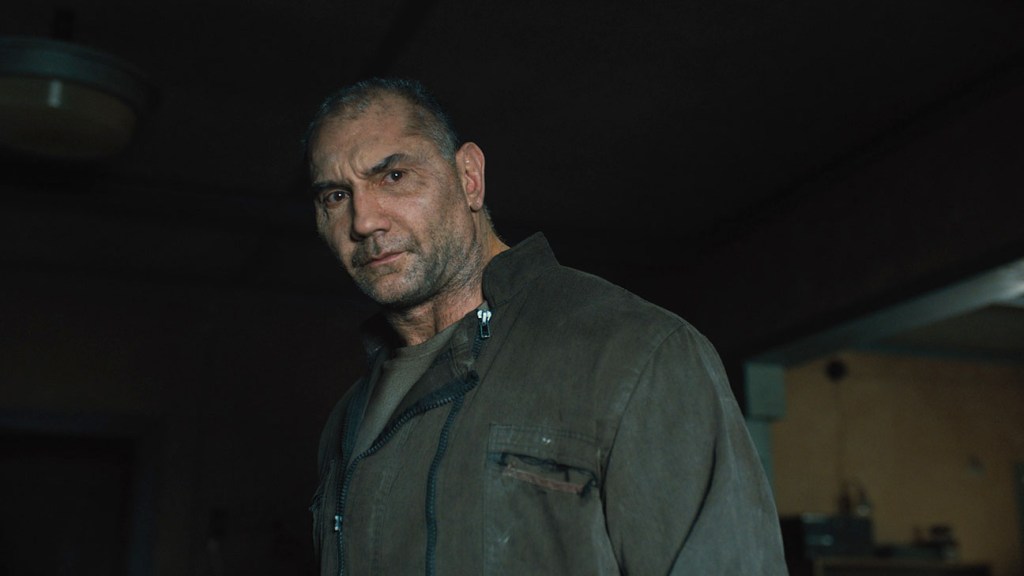 The 2049 scene is quite good and super intriguing, but it is a missed opportunity. Why? The audience was already expecting something along these lines to occur. It was clear from the trailers this film would not be as slow-paced as the first, so it made sense that there would be an action scene to kick it off. It also made sense that replicants would be shown immediately. So, no major shockers. All this fan is saying is that the scene was a six, when it could have been a 10. But, again, that has nothing to do with Gosling or Bautista, who are flawless in the moment.

However, there is one big innovation in the new version: the addition of a mysterious grave under a tree, which is not in the original script.

Blade Runner 2049 is in theaters now. Stay tuned to Heat Vision for much more over the weekend.

This Is the 'Blade Runner' Cut to Watch