Thirty five years ago, Harrison Ford took a gamble on Ridley Scott’s Blade Runner. He was fresh off his starring roles in The Empire Strikes Back and Raiders of the Lost Ark and was looking to do something a little more edgy. Blade Runner, an adaptation of Phillip K Dick’s novel Do Androids Dream of Electric Sheep? was a perfect blend of film noir, science fiction and thought-provoking story telling. Inspired by the Humphrey Bogart-style private investigator films of the ’40s and ’50s, Blade Runner tells a gritty detective story set in a dystopian future that raises questions about what it means to be human.

This weekend, audiences can return to that world with director Denis Villeneuve’s Blade Runner 2049, the sequel starring Ford and Ryan Gosling. Whether you are just a casual fan or a diehard who hasn’t seen the original in a while, here’s a refresher course on what you’ll need to remember from the original.

Taking place in the year 2019, Blade Runner‘s main antagonists are human-like androids called replicants who are programmed with awareness of their own artificiality. Replicants are constantly evolving to the point that they have reached the intelligence level of their flesh-and-blood human counterparts. They were developed by Dr. Eldron Tyrell (Joe Turkel) to be used as slave labor for mankind. Before the events of Blade Runner, replicants were outlawed on Earth after a few instances of replicants attacking humans.

In the most famous example, a few replicants murdered a ship crew and set course for Earth, which had been all but abandoned by most of humanity — who live off-world.

As a failsafe, replicants were designed to have only a four-year life span to prevent them from having enough time to develop complex human emotions. These replicant mutineers, lead by Roy Batty (Rutger Hauer) return home to find their makers, hoping to find the key to extend their life span, in the remaining underworld where only misfits remain. 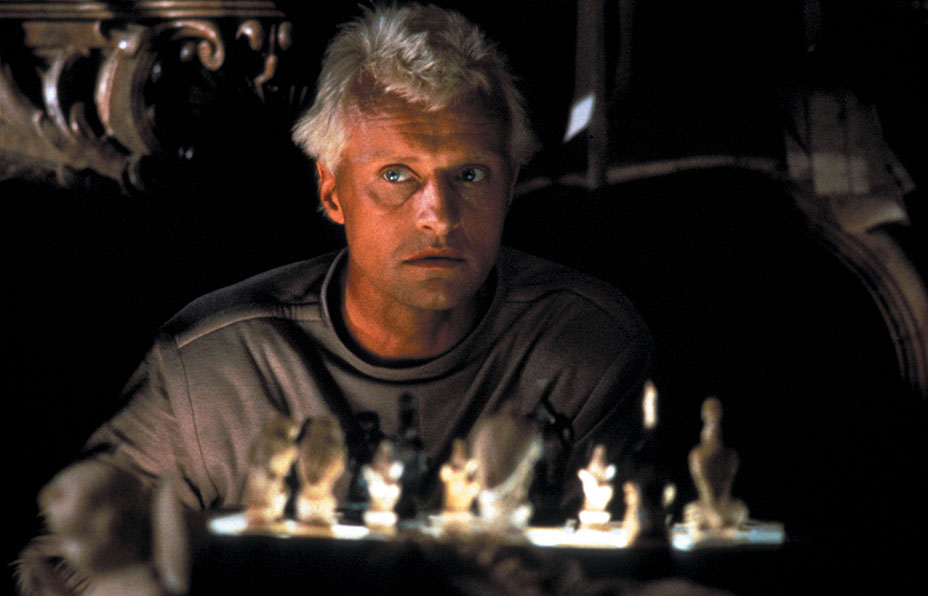 What is a Blade Runner?

Blade Runners are bounty hunters tasked with systematically hunting down and “retiring” (killing) remaining replicants. As a tool for identifying replicants, Blade Runners have a mental test consisting a series of emotion-evoking questions to help distinguish a replicant from a human. A replicant, designed without the ability to feel emotion, would be unable to pass the test, usually after only 10-20 questions.

Rick Deckard (played by Ford) is a former Blade Runner, reluctantly forced back into service. The reasons he originally quit being a Blade Runner are never explained — although it’s heavily implied that he found the killing and the treatment of replicants unethical and he grew tried of the system’s corruption. Deckard is tasked with hunting Batty and his fellow replicants to prevent the public embarrassment that outlaw replicants arriving on Earth would bring to the Tyrell Corporation.

What is it to be human?

During his investigation, Deckard meets a new experimental replicant named Rachael (Sean Young). Rachael, who is unaware that she herself is a replicant, is particularly fascinating to Deckard, as she is the first of her kind. She has memories of herself as a child, which leads her to believe it’s impossible that she is anything but human. Deckard finds out Dr. Tyrell had memories implanted within her to help her seem more indistinguishable from humans as an experiment. Deckard found her even more impressive after Rachael took almost double the amount of questions he normally used before he was able to identify her as a replicant. It stands to reason, although never confirmed in the film, that she wasn’t the only experimental replicant that Dr Tyrell had made. (In all versions of the movie, Rachael and Deckard end up running off together in the end.)

But back to the story: After hunting down and retiring the replicants one by one, Deckard is forced to face off alone against Batty in the final act. During Deckard’s showdown with Batty, Deckard is defeated, and is left dangling defenseless from a sky scraper. Batty tells Deckard, moments before Deckard would have fallen to his death, that the Blade Runner now understands the fear one endures when living life as a slave.

In the famous scene, Batty saves Deckard just as his grip slips, and pulls him up to safety. Batty is now dealing with a system shut down as his four-year life span has come to an end. Batty seems to spare Deckard perhaps because he finally figured out what it was to be human, which is to show compassion. Perhaps he also wanted someone to witness the significance of his death. Before he dies in the rain, atop the building, Batty tells Deckard about his amazing memories and the unbelievable things he’s done and witnessed. Batty accepts that his life span has expired, but faces the tragedy that all his memories and accomplishments will be lost in time “like tears in rain.” 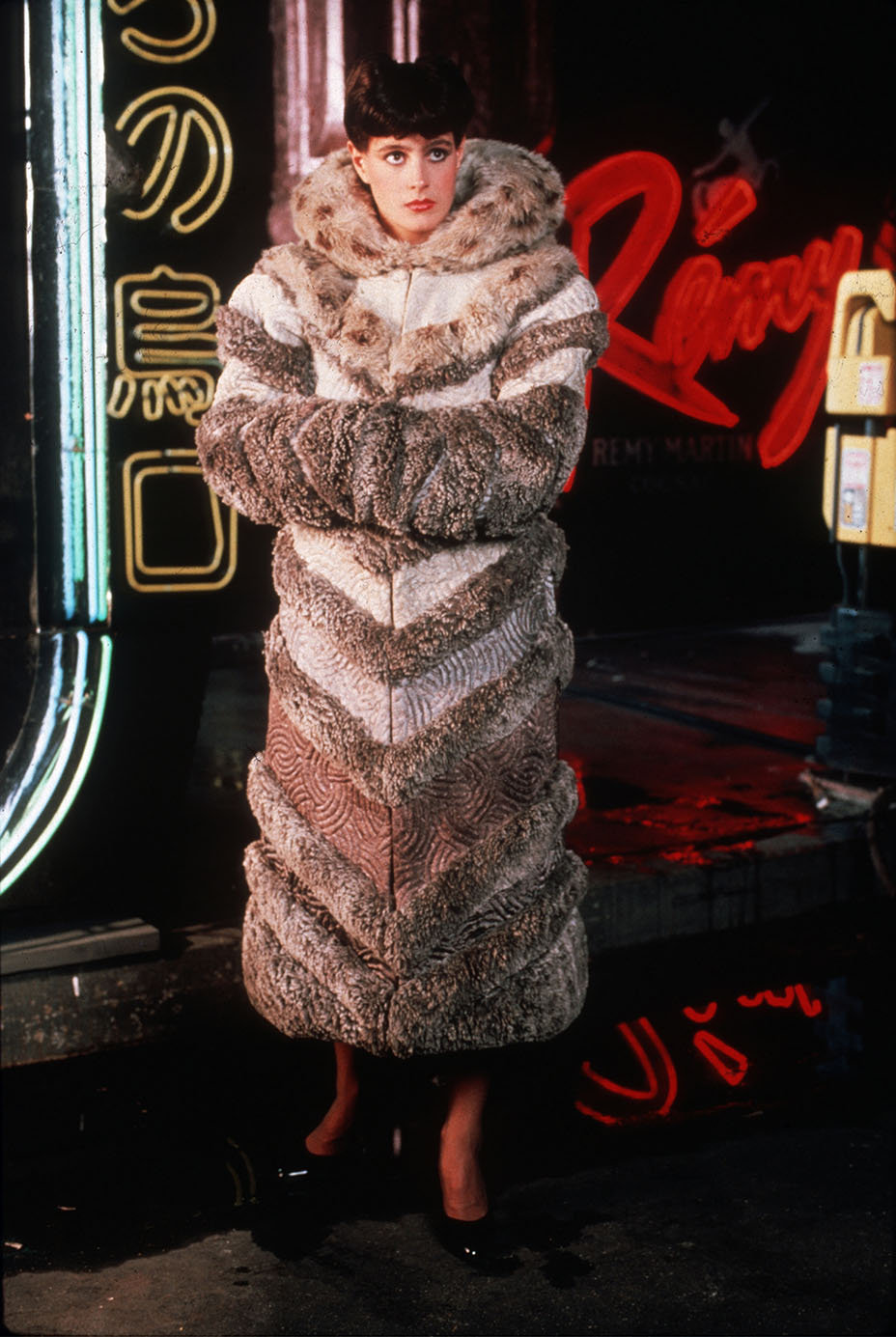 Do the different cuts matter?

Blade Runner is well known for all of its different cuts, seven in total, although only three are really in the conversation among fans: the theatrical cut, the director’s cut and the final cut. The theatrical cut was one forced on Scott by the studio when test audiences didn’t seem to initially enjoy the film. It added a narration by Ford in a few scenes and a happy ending where he and Rachael, who eventually becomes his romantic interest, drive off into the forest together. This ending not only didn’t match the tone of the rest of the film, it took away from the thought-provoking end of the director’s cut, which was released on home video in 1992 for the film’s 10-year anniversary.

The final cut was released in 2007 for the film’s 25th anniversary. Most of the changes were aesthetic, as they changed the gradient of many scenes that were too bright or had too little contrast. A few notable moments of gore were amped up in it as well. But both the director’s cut and the final cut are mostly similar from a storytelling perspective. They make sure to double down on something hinted at in the original…

Rick Deckard (probably) is a replicant.

This has been a point of controversy amongst fans for decades — and even those who made the movie. Ford contends Deckard is a human, while Scott says he’s a replicant.

The original theatrical release made hints that Deckard was a replicant, but the director’s and final cut flat out tell you.

Remembering that Rachael had implanted memories, a scene is added where Deckard is dreaming of a unicorn galloping in the woods. Deckard is never seen telling anyone about the unicorn. In the final scene of the film, Gaff, a veteran Blade Runner played by Edward James Olmos, seems to know more than he lets on. While Gaff is giving him his parting words, he leaves Deckard an origami unicorn, almost taunting him with what he knows.

This isn’t the only evidence that Deckard is a replicant. In another scene, Rachael asks Deckard if he’s taken his own test to see if he’s a replicant, and he uncomfortably ignores her. Throughout the film, replicants are seen sometimes to have glowing, reflective pupils, which Deckard himself is seen to have as well. Many fans speculate that Batty may have also spared Deckard from falling to his death because he realizes during the showdown that Deckard is also a replicant.

The biggest question we are left with is whether or not Rachael and Deckard (if he is a replicant) have the originally planned four-year life spans. Knowing a much older Ford is playing Deckard in the sequel, it’s safe to assume that he did not have the four-year life span, but Rachael’s fate is unknown. It’s also possible that Deckard was one of multiple replicants of the same model.

After decades of waiting, you can find out if director Denis Villeneuve answers these questions. Blade Runner 2049 is in theaters now.

This Is the 'Blade Runner' Cut to Watch