Aretha Franklin may have been the Queen of Soul, but she never made the transition to movie star. In fact, she acted in a grand total of two films in her whole career, 1980’s The Blues Brothers and, 20 years later, its sequel, Blues Brothers 2000. The director of both those films, John Landis, talks to THR about working with the legendary diva, who, although “delightful,” did have some issues with lip-syncing. “The only complaint Aretha made was that there were too many takes,” he says. “But she pulled through. I knew she’d be a wonderful actress.”

You have to remember, we shot this in 1979. It was all disco, all the time — soul music was sort of out. Aretha’s career at that point was in a bit of a lull, so she was thrilled to be in the movie. Lucky for us because we had written that scene in the diner for her — we would have been in trouble if she said no. But she wanted to change the song. She wanted to sing “Respect” instead of “Think.” But we had written “Think” into the script, with the dialogue leading into the song and the song actually furthering the plot of the film, so we didn’t want to change it.

Aretha agreed and then she came in and she listened to the tracks and she said, “I’d like to change the piano.” I said, “Of course, who would you like?” She said, “I’ll do it.” So she sat down at the piano with the mic and, with her back to us, started playing and singing. Her piano playing actually made a difference. It was more soulful.

I don’t remember her being a diva or anything like that. I think she was kind of disappointed in the waitress costume — we dressed her up in a faux Chanel suit for the sequel, which she was a lot happier about — but she was actually a real soldier. The only complaint Aretha made was that there were too many takes and she had issues with lip-syncing. Like many great artists, she never sang a song the same way twice, so there were issues getting her to match her lips. But she pulled through. I knew she’d be a wonderful actress even though she ended up making only two movies in her whole career. Both Blues Brothers movies. 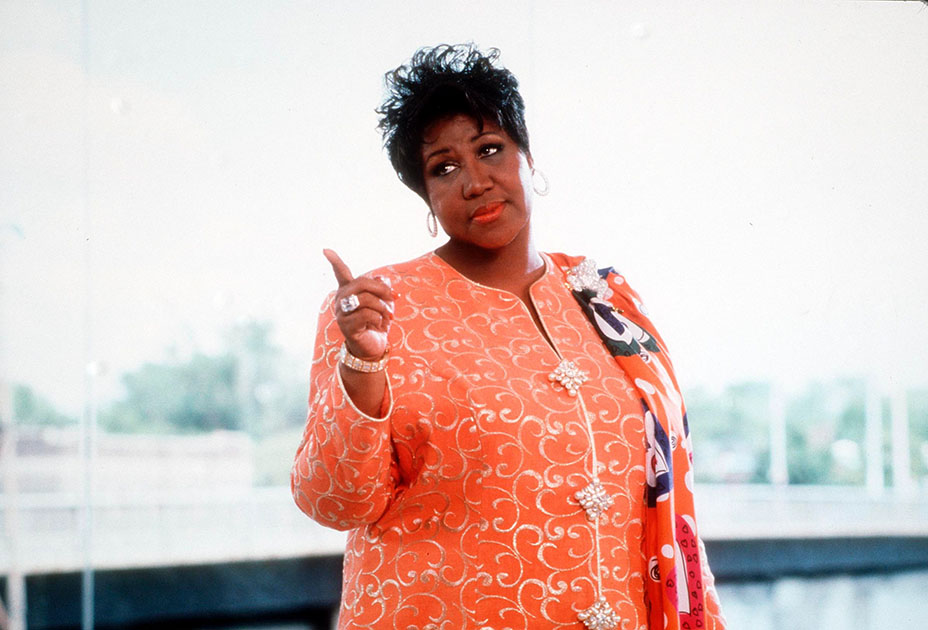 This story also appears in the Aug. 22 issue of The Hollywood Reporter magazine. To receive the magazine, click here to subscribe.