It’s no wonder why Dwayne Johnson has personally thanked German moviegoers via Instagram.

Baywatch, Johnson’s summer comedy, is riding a tidal wave of popularity in Germany, earning a huge $16 million to date, one of the best showings ever for an R-rated Hollywood comedy. And it’s by far the best showing of any foreign market (the next closest is the U.K. with north of $12 million).

Overall, Paramount’s film adaptation of the classic bikini-and-surf TV show swam past the $100 million mark at the international box office over the weekend even while getting dunked stateside with $57.6 million to date.

The secret to the movie’s success at the German box office? The television show Baywatch was incredibly popular, while TV series star David Hasselhoff — who makes a brief appearance in the movie — is also a brand name there because of his singing career.

Hasselhoff’s 1985 debut album, Night Rocker, inexplicably shot to No. 1 in neighboring Austria. His German invasion began several years later as the Berlin Wall began to fall when he reconfigured a hit local song from the 1970s, “On the Road to the South,” as the patriotic “Looking for Freedom,” which became the No. 1 single on the West German charts for eight weeks.

Why Former 'Baywatch' Star David Hasselhoff Is Big in Germany

He’s gone on to release 10 albums in Germany in addition to making numerous concert and TV appearances. Most recently, he attended Paramount’s Berlin premiere of Baywatch, walking the red carpet with Johnson, who has become a force in his own right in terms of global star status. Additionally, American comedies have a history of over-indexing in Germany, with Baywatch being one of the more extreme examples.

“Germany is our top market,” says Paramount’s Mark Viane, president of international distribution. “The movie has also done great in the German-speaking parts of Switzerland and in Austria. When David Hasselhoff shows up, people pay attention. And Dwayne Johnson is one of the biggest stars in the world. When a comedy crosses $100 million internationally amid all these summer action movies, it has a voice of its own.”

In Germany, Baywatch ranks among the top 10 grossing films of 2017 so far, handily out-grossing the likes of Transformers: The Last Knight ($12.3 million), Wonder Woman ($7.9 million) and The Mummy ($7.5 million). The only two summer tentpoles that have done more business are Guardians of the Galaxy Vol. 2 with roughly $30 million and Pirates of the Caribbean: Dead Men Tell No Tales with north of $28 million.

Nice surprise. Thank you GERMANY After 5 weeks, #Baywatch moves up the international charts!? Crazy sauce. This kind of global success for a lil‘ R-rated, raunchy comedy is very rare in Hollywood. We make movies for the world to enjoy.. so thank you world for enjoying our lil‘ beach raunch romp. Love U back Germany. And Mexico. And France. And everywhere else I’m not mentioning because I have to go back to working out and a brotha can’t lose his pump 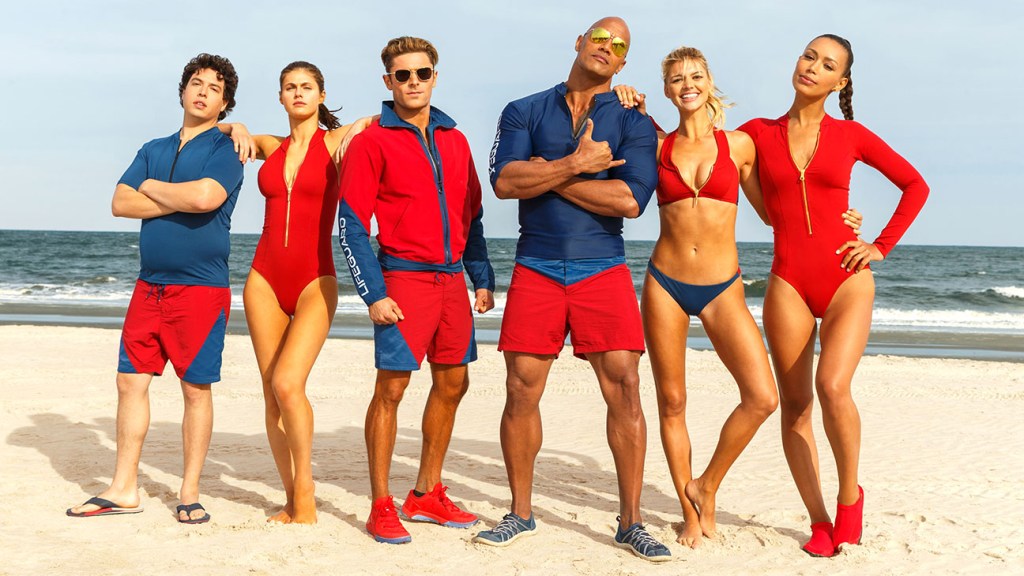