What a difference a decade makes. In 2007, Paramount won the coveted market share race at the domestic box office, but the balance of power among the six major Hollywood studios was one of relative equality. Paramount’s 15.5 percent share was less than a percentage point ahead of Warner Bros. and five points ahead of the sixth-ranking studio, Fox.

In 2017, there was a 17 percent spread between the six majors, with Disney commanding nearly 22 percent of all domestic box-office revenue (it was 26 percent in 2016). More alarming, attendance is likely at its lowest level in 22 years.

Now consolidation is looming. The frayed studio system is headed for reinvention as box-office fortunes become ever harder to find under the canopy of a tentpole-centric business. Companies now must spend hundreds of millions of dollars to produce and market the sort of event film that will persuade consumers to hit the pause button on Netflix and other streaming services to visit an actual cinema. On Dec. 14, Walt Disney Co. CEO Bob Iger set off a symbolic tsunami when unveiling a $52.4 billion bid to buy much of 21st Century Fox, including the storied film studio.

After conquering the box office ($6.46 billion in 2017), Disney is aggressively moving into the streaming business. To do so, it needs original content, some of which could come from a pared-down Fox, including prestige titles produced by Fox Searchlight and Fox 2000. Disney’s foray into the OTT galaxy could finally open the floodgates and push the other studios to shorten the theatrical window and offer premium VOD titles.

“Consumers are loving the on-demand world,” says Toby Emmerich, president and chief content officer of Warner Bros. Pictures. “The challenge is how to motivate people to commit their time and energy to go to a movie that starts when the movie theater says it does. A movie has to be an event, or it has to be breathtakingly good. There’s never been a smaller margin of error.”

Few expected Fox’s film studio to be sold off since it hasn’t been plagued by the same tumult that’s engulfing Sony and Paramount. The decision to do so by the Murdoch family underscores the challenges facing the theatrical business. It’s true that worldwide box-office revenue for 2017 rose 3 percent year-over-year to $39.9 billion in 2017, but revenue in North America was down 2.3 percent at $11.12 billion.

Back in 2007, the six major studios released 150 titles, then midrange movies began falling off their slates. In 2017, they released 93. Should the Disney-Fox merger win approval from federal regulators, some Fox movies — including the Avatar, X-Men and Deadpool franchises — no doubt would debut on the big screen, but it is unlikely that Disney would grow its annual theatrical release calendar significantly. Disney released just eight films in 2017 from across its empire, which includes Marvel Studios, Lucasfilm, Pixar, Disney Animation and Disney’s live-action studio.

Walt Disney Studios chairman Alan Horn, who is expected to oversee the Fox film operation in addition to the other silos, won’t comment on how the integration might work. However, his overall mantra remains the same. “It may seem like a foregone conclusion now, but when you have a film that not only can appeal broadly but can answer two key questions — ‘Do I have to see it now?’ and ‘Do I have to see it in a theater?’ — with a definitive yes, it makes for something people want to be a part of that they can’t get anywhere else,” Horn tells THR.

Sony Pictures Motion Pictures Group chairman Tom Rothman says studio mergers can be a dangerous proposition. “Consolidation under giant corporate mandates rarely promotes creative risk-taking. And in the long run, it is always a challenge to compete against horizontal monopolistic power,” he says.

But the Disney-Fox union could mean more opportunity for other studios. “For us, in the near term, it helps because we can be a stable for distinctive, adventurous filmmaking, which is what we believe the audience wants,” says Rothman. “The business needs different and new films, not just a few mega-sequels, to make for an urgent moviegoing experience.”

John Fithian, president of the National Association of Theatre Owners, has long argued that a diversity of product is needed. He rejects the notion that consumers have lost interest in going to the movies because of Netflix and other digital platforms and says any downturn in the U.S. was because of the quality of studio products. The summer season was brought down, for example, by a poorly programmed August. “With North American box office hitting $11 billion for the third straight year,” says Fithian, “and global returns knocking on the door of $40 billion, it’s clear that people continue to seek out the emotional experience that can only be found in movie theaters.” 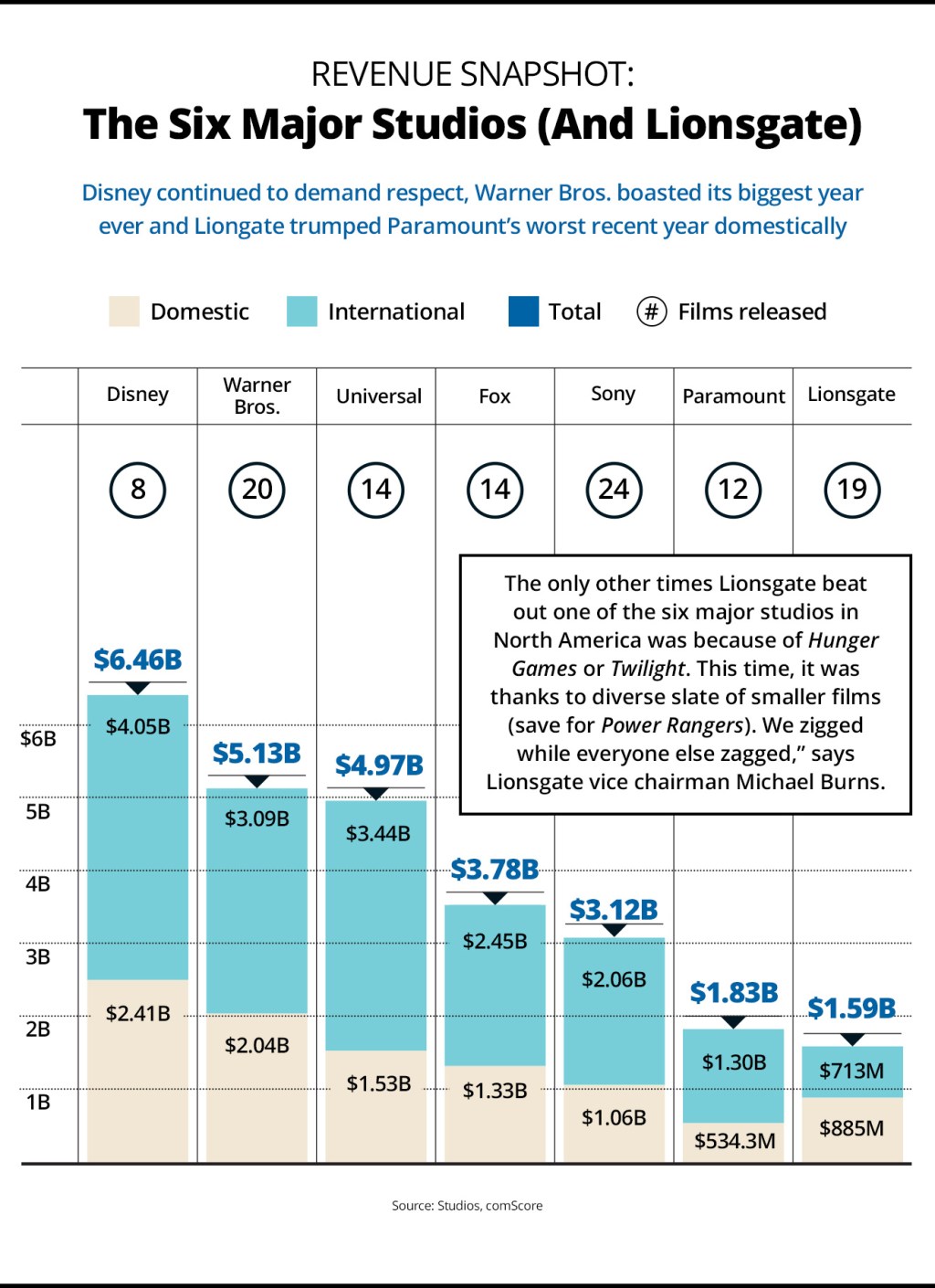 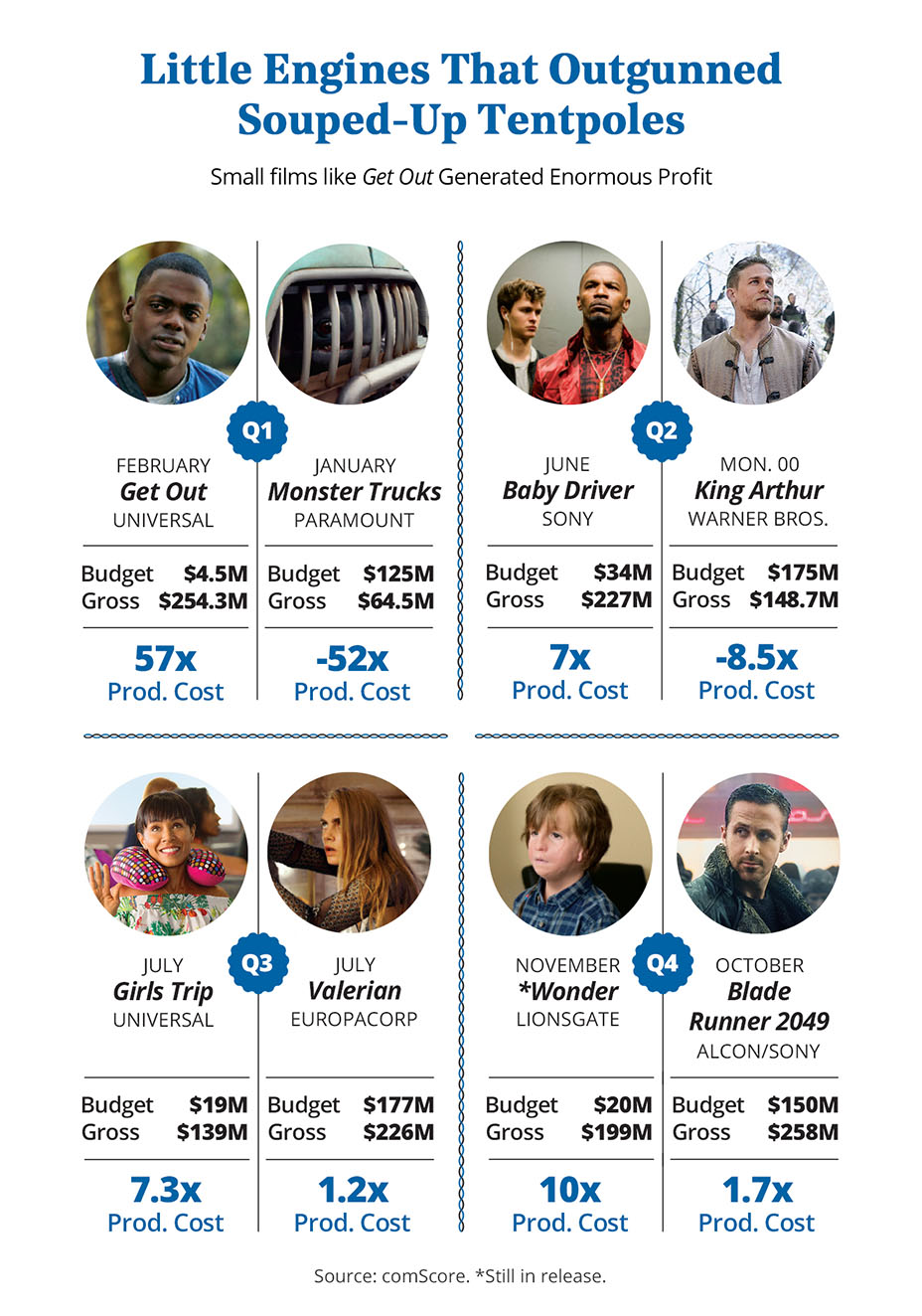 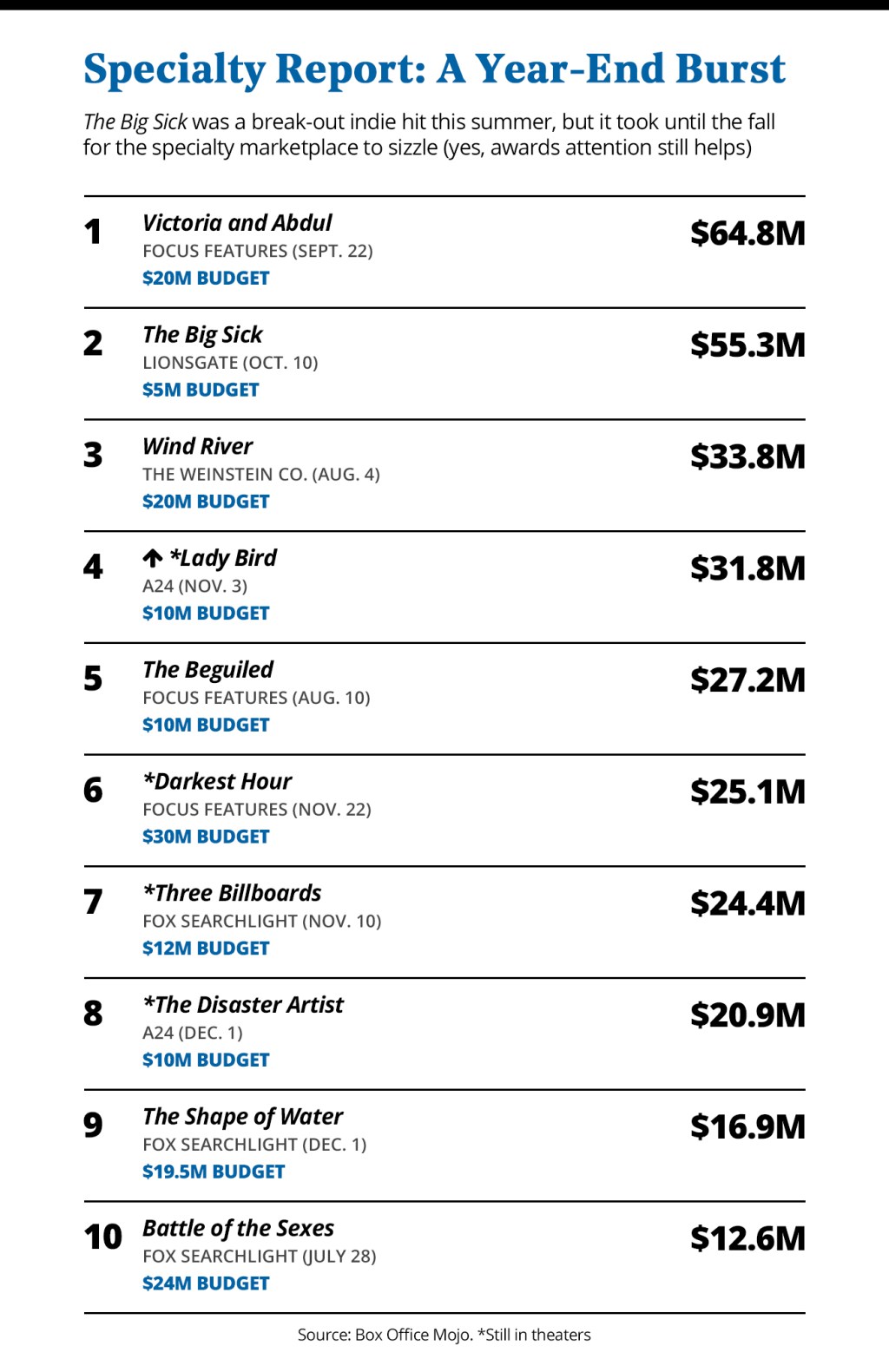