Black Panther has most of the world at its feet. Only one country has yet to submit to Ryan Coogler’s afro-futuristic box-office sensation: China.

The Disney-Marvel tentpole finally opens March 9 in the world’s second-largest film market, the last international outing for Panther following rollouts in Russia on Feb. 26 and Japan on March 1.

The film has earned $501 million stateside, putting the all-time domestic record for a superhero title (The Avengers‘ $623.4 million) within reach. Offshore — its international tally stands at just under $400 million — Panther has performed strongly, if not quite at the same record-setting pace. Just where Black Panther lands on the all-time global box-office charts will depend to a large part on China, where comparable Marvel titles have regularly earned $100 million-plus.

As it’s prowled the globe, Panther has tracked down and slain Hollywood’s conventional “wisdom” that movies led by black casts don’t sell well overseas. Following a strong $12.9 million first week in Russia, it opened way ahead of Thor: Ragnarok and Guardians of the Galaxy in Japan with $4.2 million, while also adding to hefty totals in South Korea ($36 million) and most of Southeast Asia. But before its high-stakes China bow, some analysts are still wondering if race could play a role in Panther‘s performance in the Middle Kingdom.

Latent tensions over this question came to the fore days before the film’s U.S. release, when a Chinese-language character poster for Panther emerged online showing Chadwick Boseman’s hero with his face concealed by his character’s headgear. Since the U.S. version of the same poster showed Boseman both masked and unmasked, some observers naturally began to speculate that Disney might be trying to downplay the film’s African origins in China because of assumptions about the local audience. The allegation proved to be false, however: Disney quickly pointed out that it had nothing to do with the poster — the image was unofficial fan art generated during a pitching competition held by a media agency in Taiwan. But the incident highlighted the scrutiny that was sure to follow the film’s rollout and reception overseas. 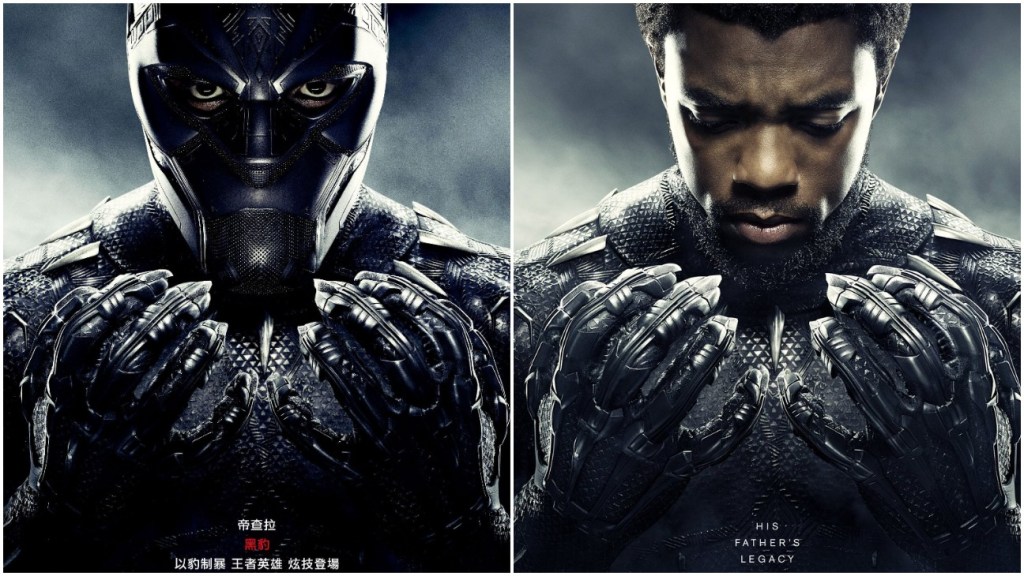 In fact, the available evidence suggests Black Panther is on track to open much like any other Marvel superhero movie in China. One week prior to release, leading Chinese ticketing site Maoyna showed the film had attracted approximately 250,000 “want-to-see” votes from registered users.

“That’s a pretty good number for a Hollywood movie,” says James Li, co-founder of Beijing-based market research firm Fanink. “Looking at the prerelease heat in the market right now, it looks like Black Panther will perform like a standard U.S. superhero movie; but it probably won’t do really huge box office unless the word of mouth turns out to be very strong.”

A strong performance by Black Panther in China would put it in the same range as other comparable “character-launch” Marvel movies in the territory, such as Guardians of the Galaxy ($86 million), Ant-Man ($105 million) and Doctor Strange ($109 million).

Black Panther is “a real test case,” says Stan Rosen, a professor at USC who specializes in the Chinese film industry. “It will be interesting to see how it’s discussed in the blogs and on social media once it comes out, and whether the race of the actors is even raised as an issue, or if it’s just viewed as another superhero film.

“I’m inclined to think it will be more of the latter,” Rosen adds.

But if Chinese audiences do view Black Panther mostly as “just another superhero movie,” the film is also unlikely to benefit from the positive marketing effect that has come with its status as a cultural milestone in the U.S., where, alongside its depth, originality and sheer entertainment value, critics and filmgoers alike have celebrated Panther for breaking new ground in terms of onscreen diversity.

China’s vastly different ethnic makeup from the U.S. — Han Chinese comprise 91.6 percent of the population — and substantially different cultural attitudes toward diversity, mean that this distinctly American ideal is unlikely to register much.

Racism and prejudice toward people of African descent exists in Chinese society, but it is distinct in form and history from racism in the United States (for a first-person account, see here).

In fact, China’s engagement with both African and African-American culture, particularly pop culture, has often been inchoate and contradictory.

The reality show The Rap of China, arguably China’s biggest television phenomenon of 2017, brought hip-hop culture into the Chinese mainstream. The show was watched by millions on iQiyi, a local Netflix-like streaming video service, making several of its contestants into overnight superstars. But Chinese state media soon clamped down on the movement, objecting to the “low moral values” of lyrics extolling drug use and womanizing. Two of The Rap of China‘s breakout stars were then mysteriously dropped from other reality shows. How Kendrick Lamar’s critically acclaimed Black Panther soundtrack will fit into this contested milieu is anyone’s guess.

While The Rap of China was dominating online, a hit action film was bringing Africa to China’s multiplexes. Wolf Warrior 2 features local superstar Wu Jing as a Rambo-like figure who rescues a group of waylaid Chinese citizens, and some seemingly helpless African villagers, from an evil Western mercenary in an unnamed African nation. The film smashed Chinese box-office records, earning $871 million locally (while also introducing something akin to a Chinese spin on the White savior complex).

“Since Wolf Warrior 2 was such a hit and introduced Africa as a setting to the Chinese audience,” notes Rosen, “it will be interesting to see if Black Panther‘s mythical African kingdom of Wakanda might also be a hook to draw people in.”

The segment was designed as a positive piece of propaganda celebrating the growing economic links between China and Africa, including a new Chinese-built high-speed railway in Kenya. But its execution included a Chinese actress in blackface with a large prosthetic posterior, accompanied by tribal dancers and someone dressed up as a monkey. Some local observers were quick to anticipate the international condemnation that would follow — “This is plain racism, the foreign media are going to explode,” wrote one user on Weibo — while others were unfazed: “It’s normal for Chinese actors to dress up like foreigners when performing a foreign play,” Zhou Hengshan, an 80-year-old Beijing resident, told the Associated Press.

The Chinese government, however, was unapologetic, insisting both that the skit was not racist and that the backlash was a “futile” attempt by Western media to undermine China’s relations in Africa. (For a detailed breakdown of the skit, see this analysis by Black Lives China)

Speculation about race and cultural assumptions aside, the most immediate challenge Disney faces in marketing Black Panther in China is a familiar one: how to bring an audience up to speed on a character and complicated backstory it knows nothing about.

“Chinese people are generally unfamiliar with the IP,” explains Li. “They saw glimpses of Black Panther in Captain America: Civil War, but other than that people have very little background on the character. Marvel, however, is a very powerful brand,” he adds.

Disney has attempted to address the problem by focusing on Black Panther‘s place in the broader Marvel Cinematic Universe. Marvel movies are Hollywood’s most successful film franchise in China, vastly outperforming Warner Bros.’ DC films and Disney’s Star Wars movies, the latter of which have yet to land with Chinese audiences.

Disney’s official Chinese trailer for Black Panther includes brief clips of Thor, Iron Man and Captain America — clips not in the U.S. version — driving home the message that the new film firmly belongs in the Marvel pantheon. The studio further underscored this message with a special promotional video featuring Chadwick Boseman and Iron Man star Robert Downey Jr. discussing the movie — subtitled into simplified Chinese. The clip is short and the talk perfunctory, but the point for Chinese fans is clear: Iron Man and Black Panther are bros (watch the video below).

Some analysts do continue to argue that any black-themed movie will underperform in China. But their case relies mainly on the fact that many recent top-performing films with black leads — including Get Out, Hidden Figures, Girls Trip and the Tyler Perry movies — have never been released in China. This likely had little to do with race though. R-rated horror films rarely get approved by Beijing’s censors. Foreign-language comedies are notoriously hard to translate to local culture (none of Judd Apatow’s movies have been released in China either); and Chinese distributors have only recently begun to test the waters with imported historical dramas (Darkest Hour, released in China in December, brought in a modest $5.8 million).

It’s true that until now, of the dozens of American superhero movies Chinese filmgoers have clamored to see, none has featured a black cast or African storyline. But the fault for that lies not in China, but in Hollywood.