Earlier this year, Olivia Wilde’s Booksmart, a coming-of-age tale about two high school seniors on the verge of graduation, was poised to become a breakout among younger moviegoers. It lit up social media after its premiere at the SXSW festival and boasted a 100 percent rating on Rotten Tomatoes.

But veteran film executives were stumped when the Annapurna film flunked with a debut of $8.7 million over Memorial Day weekend on 2,505 screens, foreshadowing a tough summer for counterprogramming designed for younger and older adults. Booksmart was steamrolled by Disney’s Aladdin on the same weekend, with the CG/live-action remake luring thousands of Generation Z and millennials, who feasted on the original 1992 animated film as youngsters (whether in theaters or on DVD).

Those between 18 and 24 made up 37 percent of Aladdin’s opening-weekend audience, while ages 25 to 34 made up 27 percent for a combined 64 percent. Those same stats for Booksmart were 36 percent and 37 percent, respectively, and Aladdin swept the weekend thanks to its broad appeal.

This pattern — promising adult-oriented releases underperforming as Disney tentpoles dominated — repeated itself throughout the summer. Meanwhile, a record number of films — Avengers: Endgame, Aladdin, Toy Story 4 and Spider-Man: Far From Home (all from Disney, save for Sony’s Spider-Man, produced by Disney’s Marvel Studios) — crossed $1 billion at the May-to-August box office. The dramatic disparity resulted in domestic summer revenue falling 2 percent behind last year, worsening a year-over-year gap of 6 percent. (Final global numbers are not yet available for summer.)

The 18-to-34 age group helped boost other family films to dizzying results, including Disney’s The Lion King and Pixar’s Toy Story 4. “That’s most impressive, considering this was supposedly the audience that was glued to their phones,” says Paul Dergarabedian of Comscore.

Adds Cathleen Taff, president of worldwide distribution at Disney, “Nostalgia was certainly a factor as we saw millennials overdeliver.”

Disney’s 2019 global ticket sales sit at an all-time industry best of $8.4 billion, eclipsing the record $7.6 billion the studio achieved in all of 2016 and representing more than 44 percent of all market share. However, Fox titles inherited by Disney have stumbled badly, led by June’s X-Men spinoff Dark Phoenix, which lost more than $100 million after topping out at a franchise-worst $252 million globally.

There were other notable summer casualties. Warner Bros. will lose millions among The Kitchen, Shaft and Godzilla: King of Monsters, made in partnership with Legendary. Sony’s Men in Black: International reboot also was a big miss, although the studio scored a win with Quentin Tarantino’s Once Upon a Time in Hollywood, the only original summer tentpole to cross $100 million domestically and north of $250 million globally.

Even Once Upon a Time played younger than expected, drawing much of its strength from the 18-to-34 set. Exceptions were Rocketman and Yesterday, which were among the few titles that worked with older consumers (20 percent of Rocketman‘s opening-weekend audience was 55 and older, and 13 percent for Yesterday).

Notes Warners president of domestic distribution Jeff Goldstein: “Some of the movies just didn’t stack up. And there’s a big gap right now between the haves and have-nots.” 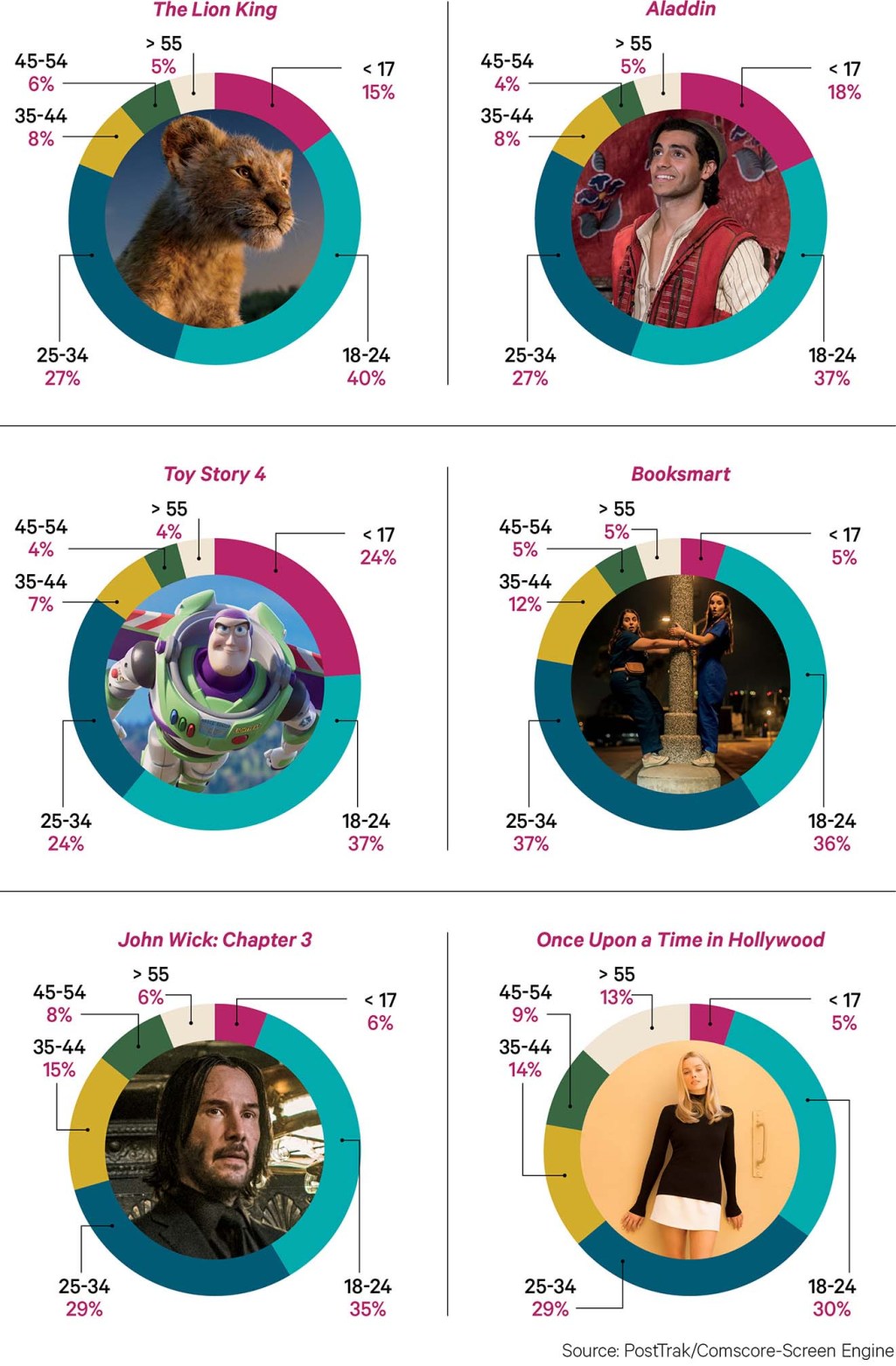