Bryan Singer might be persona non grata at 20th Century Fox right now but the director, who was kicked off the studio’s Bohemian Rhapsody amid reports of erratic behavior, on and off set, was welcomed by the indie industry at the American Film Market on Thursday.

In front of a packed hall at the Casa del Mar hotel in Santa Monica, Singer gave some 200 international buyers his vision for Red Sonja, the fantasy epic he is set to direct for Millennium Films.

Mark Canton, who is producing Red Sonja, joined Singer onstage as the director outlined his plans for the comic book adaptation, previously adapted for the big screen in a 1985 iteration starring Brigitte Nielsen.

Many were surprised that Singer got the Red Sonja gig so soon after his much publicized exit from Bohemian Rhapsody. In addition, Singer faces allegations of sexual assault after a man in December accused the X-Men and The Usual Suspects director of raping him when the man was 17 years old. Singer denies the allegations.

But Millennium president Jeffrey Greenstein said “not one buyer, not a one” expressed concerns about having the director on board Red Sonja and that Singer’s participation elevated the quality of the project. 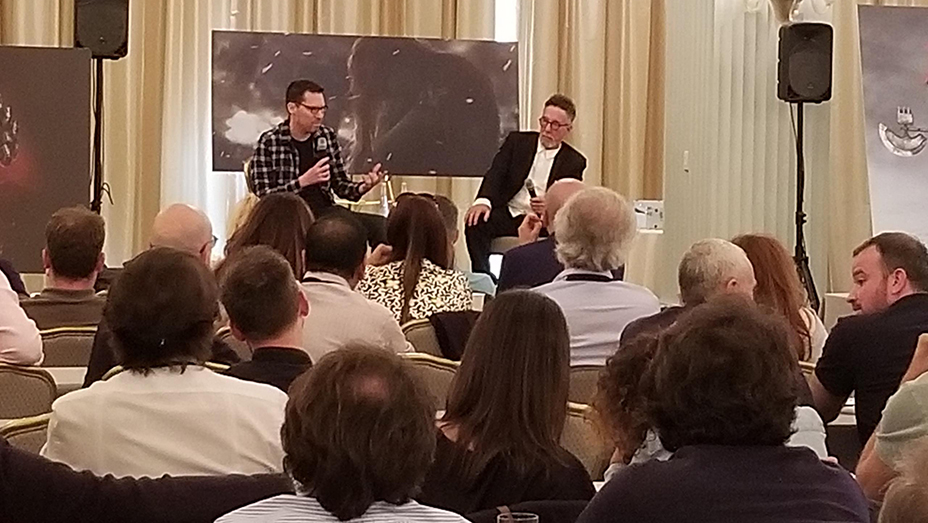 “He’s a world builder, he’s done it before,” said Greenstein, “and that’s what this film needs, to give it that epic scale.” Red Sonja, which is budgeted “in the $70 million-$80 million range,” is one of the biggest indie projects on offer at AFM this year.

Asked about reports of Singer’s erratic on-set behavior during production of Bohemian Rhapsody, Greenstein said Millennium — whose films include Olympus Has Fallen and the Expendables franchise — “have dealt with difficult directors, and difficult actors, in the past. Everyone knows we deliver on what we promise.”

International buyers, who spoke to The Hollywood Reporter off the record, said they didn’t see Singer as “toxic,” despite the allegations against him.

“If he was found guilty of something, maybe that would change, but at the moment he’s still the guy who made X-Men” said one acquisitions executive. “He’s a studio-level director.”

Singer is set to begin shooting on Red Sonja at Millennium’s studios in Sofia, Bulgaria, in the spring.

"How Many At-Bats Do You Get?": Why Fox Hired (Then Fired) Bryan Singer on 'Bohemian Rhapsody'