Filmmakers Tommy Oliver and Garrett Bradley each looked at the country’s prison industrial complex through the intimate lens of families affected by decades of incarceration. The Bradley-directed Time (Amazon Prime Video) follows Fox Rich as she fights for the release of her husband, Rob, while he serves a 60-year sentence for a bank robbery. Oliver’s 40 Years a Prisoner (HBO) chronicles the 1978 raid on the Philadelphia-based radical back-to-the-land movement MOVE and focuses on Mike Africa Jr., whose father and then-pregnant mother were arrested in the raid, and his attempt to exonerate his parents. In a December conversation over Zoom, Oliver and Bradley talked about the most difficult aspects of making their films — from parsing hundreds of hours of archival footage to threats of arrest — and the relationships forged with their subjects.

Comedy Docs Are Among Emmy Contenders This Season

GARRETT BRADLEY I’m curious, what was your personal journey not only in making the film, but — I get this question a lot — what is it like to bring a film like this in 2020?

TOMMY OLIVER It’s interesting. I had a bit of a revelation, but I didn’t actually have it until I was doing press about the film. Mike [Africa Jr.] just wanted his parents home. And, when I was a kid, my dad wasn’t around, I never met him, and my mother was on drugs and she wasn’t around for most of my childhood either. I just remember, as a kid, all I wanted was my mom and dad. And that so much of the decisions that I have made since then were about being able to be what I didn’t have. And so when Mike and I met, we hit it off. I think that was the underlying, unspoken glue that bound us. Because there were a lot of people who wanted to do something around MOVE and, for understandable reasons, because [members of that group] had been misrepresented and burned for so long, they were not particularly trusting of any type of media, or any type or filmmakers or journalists. But he opened up and was vulnerable. And throughout the process he became a very, very good friend.

As for 2020 and where we are now — Black lives don’t matter any more to me today than they did five years ago. They don’t matter any more to me five years ago than they did 10 years prior to that. The world around us seems to have shifted into alignment, or at least that’s the perception. It’s an interesting thing, the idea that our films are so topical or so relevant because they are in the zeitgeist. But I didn’t make this film because of the zeitgeist. I didn’t start shooting this because of the zeitgeist.

What about you? What’s your take on the idea of the topicality of films like ours? 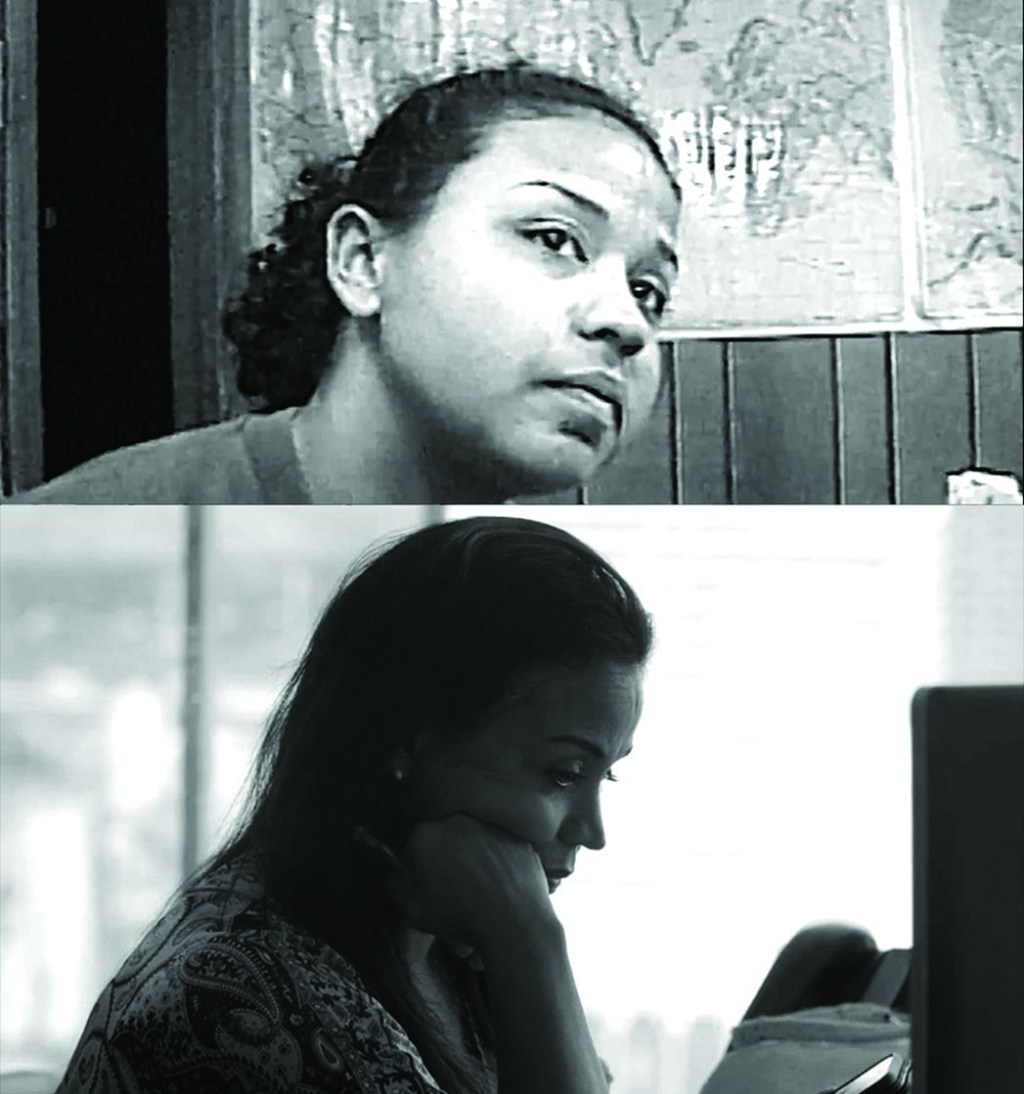 BRADLEY Obviously, in 2020 we haven’t had the benefit of doing live, in-person Q&As. But basically, the one festival that we were able to go to was Sundance, where we premiered, and there were sometimes questions in the audience like, “Why didn’t you focus on the case itself?” Or the crime itself. And I find those to be really interesting questions because they kind of reveal to me part of the problem. When we’re talking about incarceration, the very mention of it is not to build a case for innocence; it’s to actually try to evaluate the effects that this has on people and to try to question the system from that point of view. Is it worth 21 years of not having a father, and what are the effects that that has on Black and brown families? And what is the systematic separation over long periods of time of Black and brown families, how does that affect us generationally?

I would say, as filmmakers, the way in which we articulate these stories is also something that is important. I’m really invested in this idea of the form and the content being so embedded with one another that you can’t separate the two, that the form isn’t just there to facilitate something — it is in and of itself the very content.

OLIVER I think that’s evidenced by your film, where it doesn’t fit in any one box or preconceived idea of what this type of thing would look like in somebody else’s hands. It’s your version of it, which is staying true to the human side of it. You know exactly what your spine is. What your North Star is.

What was the hardest thing about making your film? 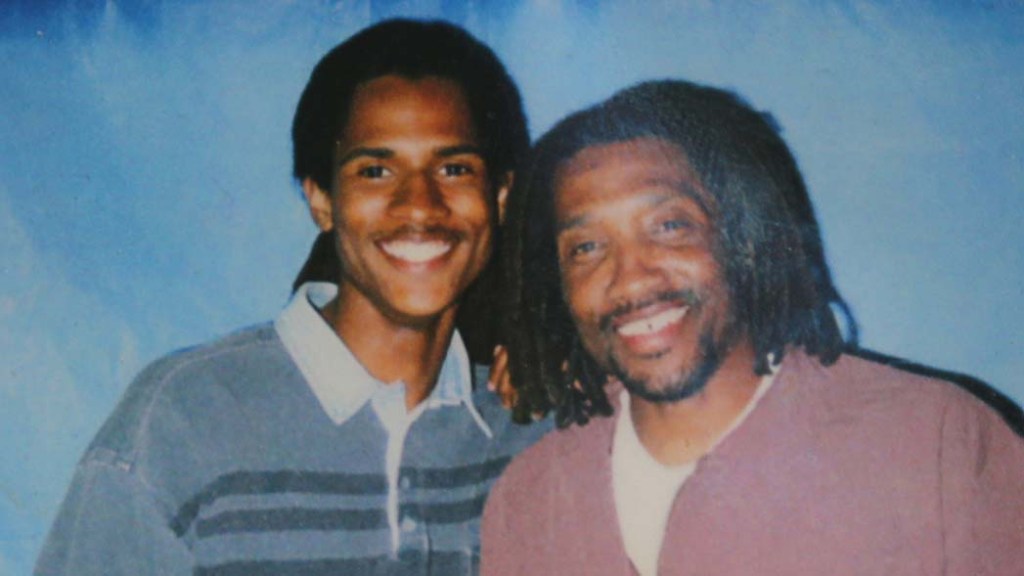 BRADLEY I mean, gosh, you know, every part of it was hard. (Laughs.) Every part of making a film is difficult because there is a lot of responsibility in working with people’s lives — working with real, living people, who are actively living the life that you are documenting. It wasn’t so much difficult, but it was something that I had to constantly remind myself of, to center myself around. The most literal obstacle, which also presented opportunities at the end of the day, was trying to figure out how to radically rethink a film that I thought I was making, and then there’s 100 hours of archive [footage], and now I’m going to be making something else.

OLIVER Part of it was I had no idea where this project was going and there was no real hope that [the Africas] would get out. There was the want for them to get out, but they had been denied so many times, and the likelihood of them getting out was low. So it was building in the dark.

But I almost got arrested several times during this process. Pennsylvania does not like cameras on prison grounds at all. I got chased off prison grounds, I was surrounded by four cop cars and seven cops. But I couldn’t not grab something. I couldn’t.

BRADLEY I’m curious, as a filmmaker in a situation like that, did you have any backup? If you were to have gotten arrested, what would that have looked like?

OLIVER I was [the backup]. I shot the film out of pocket, before HBO came on. So it was just me and I was out there by myself at that point when I was surrounded. And I did call somebody when I realized what was happening, I called [civil rights activist and writer] Shaun King, who is a friend. He didn’t answer, but I left a voicemail and I said, “This is what’s happening. If you don’t hear from me in an hour or so, here’s where I am, please call somebody.” (Laughs.)

There was a line where it said “These are the prison grounds and if you’re over this line, no photography or recording.” I made sure I was behind that line — very clearly behind that line — when I was shooting a B-roll of the prison. It was just an exterior shot. But for some reason that was a big problem and they forced me to delete the footage. And I was just like, “I’m not doing anything wrong.” But it didn’t matter.

BRADLEY Right. That’s a really important thing for people to realize. There is a reason why we have such few optics around what’s happening: It’s because of situations like that. So in many cases the only evidence of what’s happening on the outside with those that are serving time is with the family.