One studio’s delayed theatrical title became another studio’s new original streaming film. While some focused on remounting pipeline productions, others fast-tracked new productions that allowed for contained stories with minimal casts. Big-ticket packages were purchased with the hope of a future return to theaters and franchise films rejiggered to allow for back-to-back production of installments.

Ahead of 2021, The Hollywood Reporter takes a closer look at how each studio’s film division is traversing the new landscape. 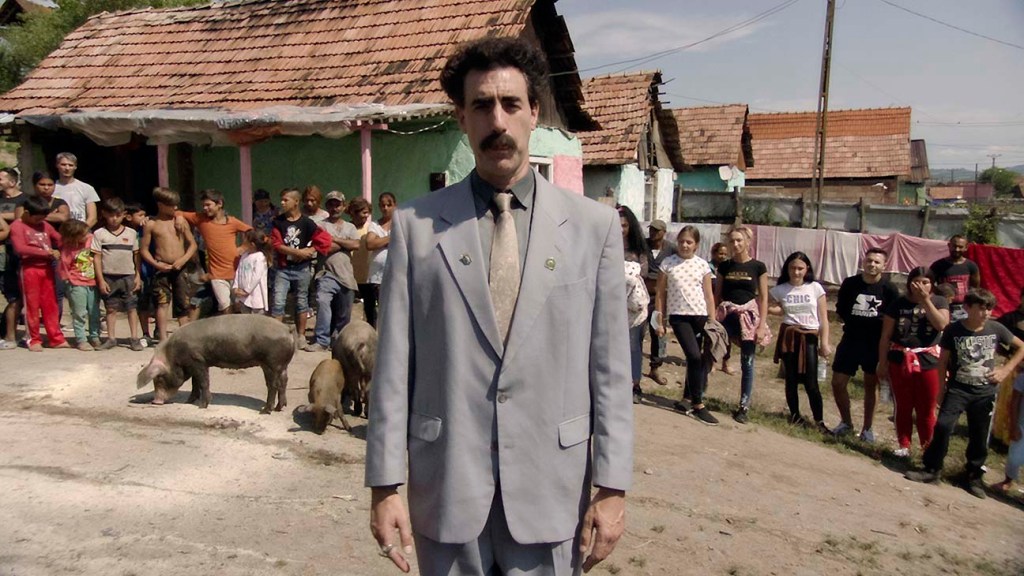 In late May, longtime Amazon executive Ted Hope exited as co-head of movies to return to indie producing. He had been with the film division since 2015 and was integral to acquisitions like Manchester by the Sea, which earned Amazon (and streaming) its first Oscar. This has left Amazon’s film division to be run by Matt Newman, who joined the studio from Amazon proper’s business ranks, and Weinstein Co. vet Julie Rapaport, whose division had been charged with developing more commercial features. The studio used the pandemic to bolster its slate with bigger-budgeted projects, as the streamer augments its regular indie-skewing fare. It picked up STX family action-comedy My Spy, as well as Coming to America 2 and the Tom Clancy adaptation Without Remorse from Paramount. Major buys also included the Borat sequel, and splashier development titles were pushed through, like the George Clooney and Ben Affleck team-up The Tender Bar. The buys were in line with the studio’s in-house originals slate, which includes four movies in production in genres that range from spy thrillers to supernatural dramas.

Headed by Sony TV vets Zack Van Amburg and Jamie Erlicht, Apple’s film slate has been dominated by puzzling acquisitions of Sundance titles (Hala, Boys State) and music docs (Billie Eilish, Bruce Springsteen and Beastie Boys offerings), with in-house features serviced through a production pact with A24 (On the Rocks). But this year Apple has taken an interest in bigger-ticket film items, and even if a cohesive vision is unclear to some industry insiders, the company did exercise its buying power. The Tom Hanks-fronted movie Greyhound was snapped up, as was the Russo brothers’ Cherry. Apple sparred with Netflix and Warner Bros. for the Will Smith-Antoine Fuqua package Emancipation, which was won after a $100 million-plus bid. Yet the biggest swing was Apple’s deal to take the creative lead and finance Martin Scorsese’s Killers of the Flower Moon, starring Leonardo DiCaprio. (Apple also signed both DiCaprio’s Appian Way and Scorsese’s Sikelia Productions to first-look pacts.) The streamer is in production on its first original feature outside the A24 pact, the Mahershala Ali-headed Swan Song.

Disney shut down some six active features across Walt Disney Pictures, 20th Century and Searchlight because of the pandemic. The summer and fall were spent remounting movies like Marvel’s Shang-Chi and two Avatar sequels, shooting in Australia and New Zealand, respectively, where COVID-19 cases remained low. Guillermo del Toro’s Nightmare Alley restarted in Vancouver, and Ridley Scott finished The Last Duel in Ireland. The Little Mermaid remake, which was halted 10 days before principal photography began in London, was remounted at the top of December, the last of the paused productions to do so. Disney features, and those from its subsidiaries, dominate the bloated 2021 calendar, leading to a distribution bottleneck that is sending live-action features like Robert Zemeckis’ Pinocchio and David Lowery’s Peter Pan and Wendy to Disney+, with Cruella likely to follow. This year, the studio tested the waters of streaming releases with the once-theatrically bound Artemis Fowl, Mulan — for a $30 extra price tag — and Hamilton, and made its first straight-to-streamer acquisition with previous Warners title Clouds.

Lionsgate wasn’t in production on any major features when the pandemic halted work in March, and the studio was able to mount its slate of mid-budgeted genre movies throughout Eastern Europe as filming started ramping up again stateside this summer. These titles include the Nicolas Cage-fronted The Unbearable Weight of Massive Talent in Croatia and the Point Grey-produced horror feature Cobweb in Bulgaria. And while the production shutdown meant delaying the next movie in the John Wick franchise, the studio’s most lucrative series, the schedule was rejiggered so that the fourth and fifth installments will shoot back to back. In March, 20 positions were cut across the film group’s marketing and distribution teams, and on Nov. 5, the studio disclosed layoffs impacting another 70 employees. Lionsgate held on to a majority of its titles, including The Hitman’s Wife’s Bodyguard, Saw spinoff Spiral and Kristen Wiig comedy Barb and Star, but sent Antebellum to PVOD early in the pandemic. Thriller Run was the exception: It sold to Hulu in a lucrative deal and became a hit for the Disney-owned streamer. (Lionsgate retained the international rights.) 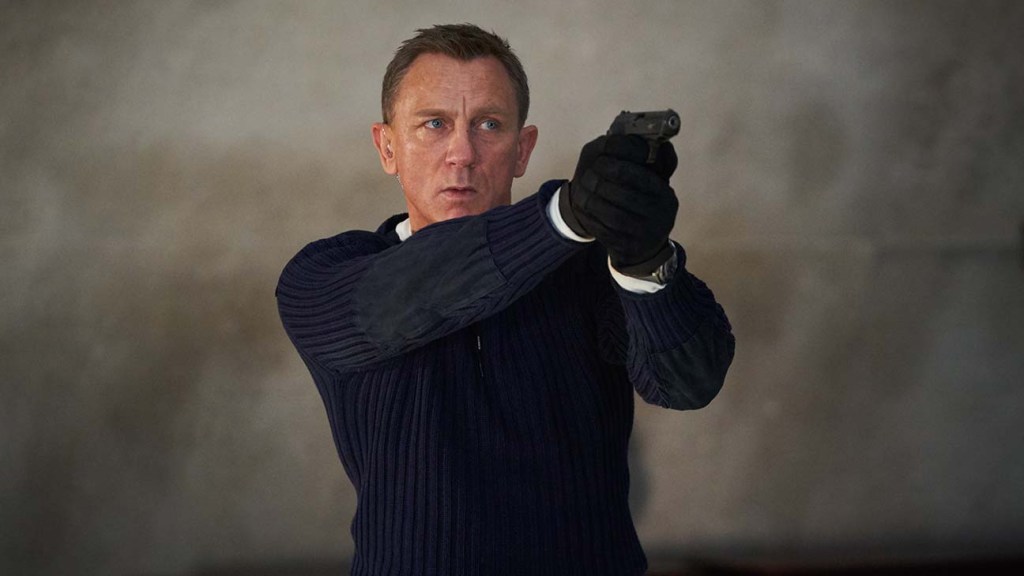 In 2018, after purchasing Albuquerque Studios, Netflix revealed it would spend $1 billion in production expenses in New Mexico over the next decade. Two years later, on Nov. 23, it committed another $1 billion. The move is emblematic of the exponential increase of content the streamer has been providing to its subscribers. This year, Netflix grabbed film titles from Paramount, Disney and MGM, as well as international streaming rights to Universal’s News of the World and Paramount’s Love and Monsters. At TIFF, Netflix’s bill came to about $80 million, sources tell THR, for the rights to five titles including Halle Berry’s directorial debut, Bruised, which screened as a work in progress, and Zendaya-led Malcolm & Marie. Netflix put about two dozen movies into production during the pandemic and is shooting several tentpoles in North America, including the Russo brothers’ The Gray Man as well as the Shawn Levy-Ryan Reynolds reteam The Adam Project and Adam McKay’s Don’t Look Up, which both migrated from Paramount. It has yet to create a major original film franchise, though several titles like Old Guard and Extraction have shown promise, while Bright 2 is edging its way closer to a start date having found a director.

Four Paramount titles were divvied up across Netflix and Amazon, while the studio brokered a deal for the SpongeBob movie that will see the film head to Netflix internationally, and domestically on VOD and soon-to-be-rebranded streamer Paramount+. Paramount cut contract workers in April and May, but the studio has skirted major layoffs even as parent ViacomCBS restructured. Moves within the executive ranks that were in play pre-pandemic were executed as Emma Watts joined her former Fox boss, Jim Gianopulos, and president of production Elizabeth Raposo exited. Jeremy Kramer was brought in to run Paramount Players and has plotted a Kenya Barris-produced sci-fi feature. Paramount is looking at a theatrical slate of tentpoles like G.I. Joe installment Snake Eyes and Chris Pratt starrer The Tomorrow War, as well as the fifth Scream movie, which was shot over the summer in North Carolina. The studio is in production on the seventh Mission: Impossible feature in the U.K., with the eighth planned to mount right after, and is developing the revamp of its lucrative Transformers franchise.

The streamer-less studio focused on pipeline productions like video game adaptation Uncharted and the musical Cinderella — both were shut down early in the pandemic but remounted and completed. Projects with narratives that allowed for contained sets and minimal casts were developed and fast-tracked amid the pandemic, among them Brad Pitt thriller Bullet Train, which is up and running in Los Angeles, and Adam Driver-led sci-fi feature 65, shooting in Louisiana with a cast of two. With Morbius, the Venom sequel and the third Spider-Man film, the latter of which is in production in Atlanta, Sony is the only studio outside of Disney looking at a 2021 with three Marvel releases. Sony benefited from an influx of cash — and a savings of ad spend — as it sold off the rights to World War II drama Greyhound to Apple and An American Pickle to HBO Max, as well as TriStar title Happiest Season, which became Hulu’s most watched feature. Still, the studio underwent layoffs — 35 staffers in total — after merging theatrical, home entertainment and TV distribution marketing operations.

With Trolls World Tour, the studio began the pandemic incurring the ire of AMC Theatres, only to unveil a pact with the chain in late July that would collapse the domestic theatrical window to 17 days. Universal doubled down on home video with a robust slate of PVOD offerings, including nearly a dozen features that either got day-and-date releases (The High Note, The King of Staten Island) or shortened theatrical windows (The Croods 2, Freaky, Kajillionaire) via the studio’s deals with domestic exhibitors. Yet only Trolls World Tour is available on the studio’s sister streaming service, Peacock, which leans more ad-supported than subscriber-based, like a Disney+ or HBO Max. The $200 million-budgeted Jurassic World: Dominion, which shut down in March and remounted over the summer, weathered a setback in October after positive COVID-19 test results surfaced, only to finish one month and, according to the studio, some 50,000 swabs later. Uni is shooting a second pandemic production — Dear Evan Hansen — in Atlanta but lost ground on its Wicked adaptation, which the studio is hoping to fast-track, as director Stephen Daldry exited due to COVID-induced scheduling conflicts.

Even before HBO Max’s May 27 launch, producers working with Warner Bros. have been confused by the service’s identity. The original features slate was made up mostly of acquisitions. The first feature to premiere on the service, An American Pickle, was a pandemic buy developed by another studio, Sony. The WarnerMax production arm that was launched in February was shuttered in October, as Warner Bros. proper and New Line reclaimed oversight of features for HBO Max. Warners has greenlit only one feature mid-pandemic, Cry Macho from the ever-prolific Clint Eastwood, filming in New Mexico. The U.K. shoot of The Batman was sidelined in March and again in September after star Robert Pattinson’s COVID-19 test came in positive, while Olivia Wilde’s Don’t Worry Darling began filming in Palm Springs in October, only to halt the next month due to a positive test result. Studio exits this year included worldwide marketing head Blair Rich and global co-marketing president JP Richards — and this tumult was before WarnerMedia’s Dec. 3 day-and-date announcement of 17 titles in 2021, obliterating the box office window.