Continue to The Hollywood Reporter SKIP AD
You will be redirected back to your article in seconds
Skip to main content
September 17, 2019 12:19am

Caylee So grew up with the pop music of 1970’s Cambodia without fully understanding the tragic history that surrounds it.

She was raised in Long Beach, California, home to the largest Cambodian community outside the country itself. So’s parents had fled the genocide inflicted by the Communist Khmer Rouge regime in the late 1970s that saw the deaths of more than a million people in the Killing Fields.

Her elder sister had held on to memories of their homeland through the pop songs that defined a golden era of music in Cambodia that was brought to a sudden and bloody end by the Khmer Rouge and their reign of terror. So would listen as a child, too, but she only came to know the murderous fate met by many of the singers, and of her own family members, much later.

Oscars: Cambodia Picks 'In the Life of Music' for International Feature Film Category

Now a filmmaker and co-founder of the Cambodia Town Film Festival (CTFF), So has co-directed with Cambodia’s Sok Visal a first feature that is flush with romance but rooted in the horrors from which her homeland is still emerging. In the Life of Music tells the before, during and after stories of a love affair, set in 1968, 1976 and 2007. The stories are connected by arguably Cambodia’s most famous pop song, “Champa Battambang,” by the prolific Sinn Sisamouth.

The film was recently put forward by Cambodia as its submission for the international feature film category at the 2020 Oscars after building a buzz through runs at festivals across the U.S., Europe and Asia.

The Hollywood Reporter caught up with So a few nights before In the Life of Music played this year’s CTFF, and as the filmmakers continued to negotiate with distributors. She talked about the inspiration for the film, Cambodia’s dark past and its effect on her parents, and the joys of being put forward for Oscar consideration. “I get asked if we think we’ll win the Oscar, and my answer is always that it’s like winning a lottery, but just to be in the conversation makes us feel like we’ve won already,” the 38-year-old told THR. 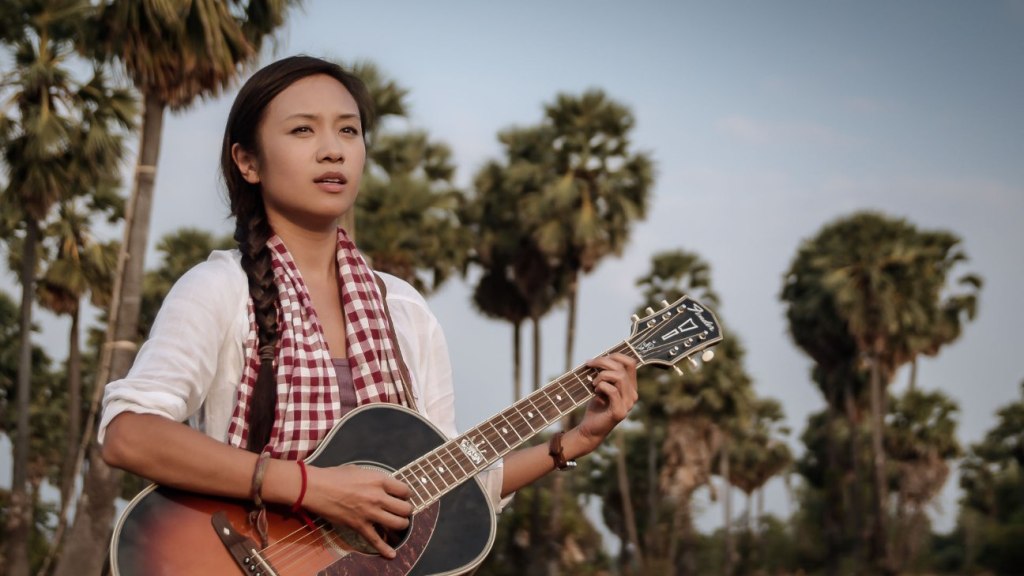 What was your reaction to hearing about the Oscar submission?

It’s been a busy year, and we think of this film as a baby that we’ve sent out into the world. It just feels nice to get some spotlight. We’ve had an outpouring of love for the film from the [Cambodian] community, so that’s really nice.

Had you always wanted to produce a love story?

Growing up I’d never really seen a romantic story coming out of Cambodia. So it was important for me to have that romance set in the 1970s. We are children of refugees and we’ve never really seen that, the way romance might have happened with our parents.

Growing up, did you know much about what your parents went through?

My parents really didn’t talk about the war that much, and I was confused when I was younger. Whenever they talked about Cambodia they would say, “Cha’nuon A-Pot,” which means “the decade of Pol Pot.” As a kid I didn’t understand what that meant. I didn’t know anything about the Killing Fields until much later in life.

How did you feel once their story came out?

It really put my childhood into perspective. I always knew I was an immigrant in America, and that I was lucky to be here. But when I learned about the war I was just more in awe of my parents, that they had survived the genocide and they were able to bring all their kids here and raise them. I never understood why we didn’t have grandparents or uncles.

It’s said Sinn Sisamouth is the most famous Cambodian singer/songwriter, and that “Champa Battambang” is his greatest work. Did you know much about him?

I didn’t know his story, but my sister loved Cambodian music. That was the song that defined what my sister was listening to. It is so nostalgic and also so universally loved by all Cambodians. Everyone knows that song, and everybody loves that song. To this day there are a bunch of different stories about how he died, but none of them is concrete or proven. There are even stories that he ended up living, but I think that is because he was so loved people just wish that he was still alive. Once we started showing our film to Cambodian student groups, they all wanted to record their own versions.

The film is anchored by what went on during the reign of the Khmer Rouge. How hard is that memory to escape?

A lot of Cambodian filmmakers, when we start out, we start out with a Killing Fields story. It’s still looming over us, and it still has such a vast effect on my generation and the generation before me. There are still so many unexplored stories.

Can you talk a little about your background in the army?

When I was growing up, my experience felt very singular. When I joined the army and got deployed, it felt like the world was bigger and that I was part of a community. I joined for a bunch of different reasons. I was going to be a part-time soldier, but then 9/11 happened, and I spent most of my time as full-time solider.

The story goes that you saw Oscar winner Million Dollar Baby and never looked back. Is that the way it went?

I was in the middle of Iraq, and I felt so much for this character that I forgot I was in a war. I was crying like a baby and trying not to show the other soldiers. I thought that was an amazing thing to do, to make someone feel that much for a character. I was inspired to try myself after that moment.

And how did you get into film school?

Chapman University’s application said that they wanted someone with life experience, and I knew I had a lot of that going in, but I had no filmmaking experience. I just thought I would take a great big leap and just put everything I can into it and learn as much as I can in those three years. I think I got my drive from my mother. I think once an idea starts churning in your head you want to go after it as ambitiously as possible.

What was the experience like when you returned to Cambodia to shoot this film?

It was a phenomenal life experience, and in terms of filmmaking too. There is such a hunger for more stories to be made about the country. Everybody involved was very passionate and was inspired by the story. For a lot of the scenes, especially set in the 1970s, all the extras lived through that, and we were hearing stories about it all on set. In that way we were able to capture these things in a way that felt authentic to them and to us. Arn Chorn-Pond plays the songwriter in the second chapter [set in 1976], and he has a novel written about him called Never Fall Down [a National Book Award nominee]. He’d lived through the Killing Fields as a child and had lost his brothers and his family. He’d been adopted to the States but went back to Cambodia to find all the lost musicians and to continue to create their music. So the story we were making was deep within his soul.

How did the Cambodia Town Film Festival come about?

One of the things we wanted to do was to build this community of filmmakers who wanted to tell Cambodia stories. The idea was to give them a platform but also allow us to support each other. That’s how I met [co-director] Sok Visal, because he was making feature films and music videos. There is something over there that is growing, and it’s a real privilege to be part of that. There’s a lot of interest now in Cambodian and Cambodian-American content, so we’re excited by that.

Is the Cambodian community in the U.S. being affected by the current political climate, given so many people are refugees or the children of refugees?

My community is deeply affected by it. There’s been a crackdown in terms of the extradition of people who have served time back to Cambodia. The community is fighting hard against that. We have to understand that the refugees who arrived here in Long Beach in 1979 to 1981 were here under different political circumstances than we have now. There are people who are being sent back now who have never been back. It’s a challenge for the community.