The project, which shot over the weekend in New York and Brooklyn, comes from first-time actor-turned-filmmaker Carter Winter, who directed it alongside Aleksey Reznikov. Penned by Winter, the redemption story casts Douglas in the role of a New York graffiti artist who gets fed up living on the streets in obscurity. While he hopes to transition to a better life, he finds himself caught in a terrible crime which continues to haunt him as he inches closer to success. The title Dead Layer is a nod to the painting term — artists sometimes make use of underpainting, done in grey scale, before adding color in order to create value and depth to a new work.

The film also will feature performances by Josh Mostel and Paulie Redding. Winter and his producers Jennifer Paul and Dechen Thurman have assembled a team that includes director of photography Jeffrey Hagerman. Winter conceived the project during his years living in Brooklyn. He first developed it as a film project and later turned it into a TV show, but now there’s hope to turn it into a series or longform project. After meeting Douglas through Thurman, brother of Uma Thurman, Winter molded the project to suit Douglas’ natural mannerisms and his “power as an actor,” Winter told The Hollywood Reporter.

“The guy has a big heart,” Winter continues of Douglas. “He’s very dedicated and disciplined and is serious about being the third Douglas to be a movie star — and he deserves it. He’s a pleasure to work with. I see big things for him in the future.”
The project marks Douglas’ first after being released from prison for drug charges. He met with a judge in New York this fall, and according to the New York Post’s Page Six, the judge OK’d the 38-year-old to move to Los Angeles to pursue acting full-time in a city where both his father and grandfather reached legendary actor status.
Douglas is repped by UTA. His other acting credits include Loaded, Adam and Eve, It Runs in the Family and Mr. Nice Guy. The actor has been documenting his new gig on Instagram. 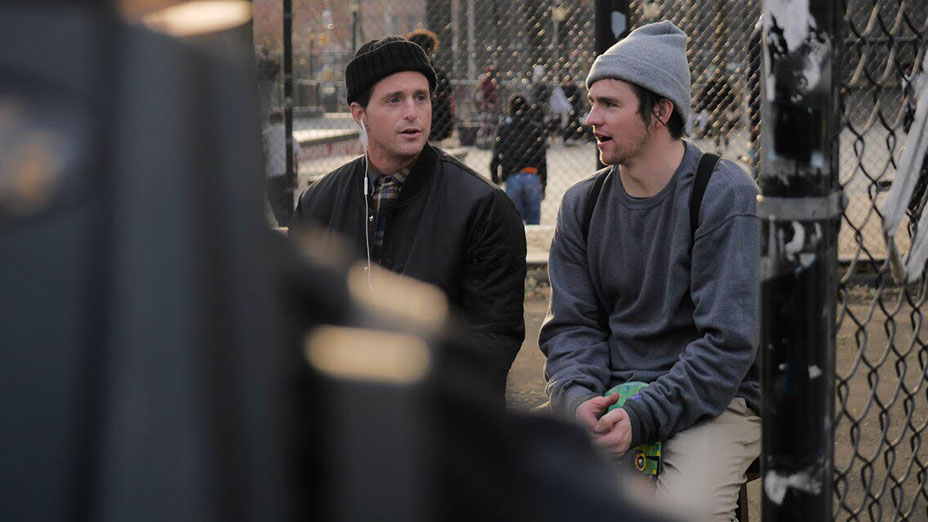