As Hong Kong wrestles with turbulent social unrest marked by five months of protests against what is considered increasingly authoritative rule by China, moviegoing has seemingly slipped the mind of the general population. But the truth is, even before the city was plunged into turmoil, the local film sector has been struggling.

It wasn’t because Hong Kongers weren’t going to the movies. This spring, before all hell broke loose, Avengers: Endgame because the city’s highest-grossing film of all time, taking in $28.3 million. Summer release Toy Story 4 also did quite well with $11.3 million, considering it bowed in July when the protests had already gained momentum. But when it comes to locally produced releases, Hong Kong audiences have been less enthusiastic: The top Hong Kong-China co-produced summer grosser, The White Storm 2: Drug Lords, took in just $3.2 million in Hong Kong while making a whopping $193 million in China.

It’s no secret that the number of Hong Kong films has been in decline for years. Local studios’ dependence on co-productions with China was thrown into sharp relief when the Chinese film bureau’s organizational reshuffle and the government’s tax crackdown over the past year led to projects being put on hold, clogging the pipeline.

Hong Kong-China co-productions that homegrown studios rely on typically generate a hundredth or less of their Chinese box office take in Hong Kong. Since the 2003 launch of CEPA — an economic agreement between Hong Kong and China that ushered in the waves of co-productions — studios and established filmmakers in Hong Kong have increasingly chosen the mammoth Chinese market over their home moviegoing audience. It’s a story with parallels to the recent spate of U.S. companies — NBA, Apple, Nike and Disney — appearing to bow to the massive Chinese market to preserve business relationships. 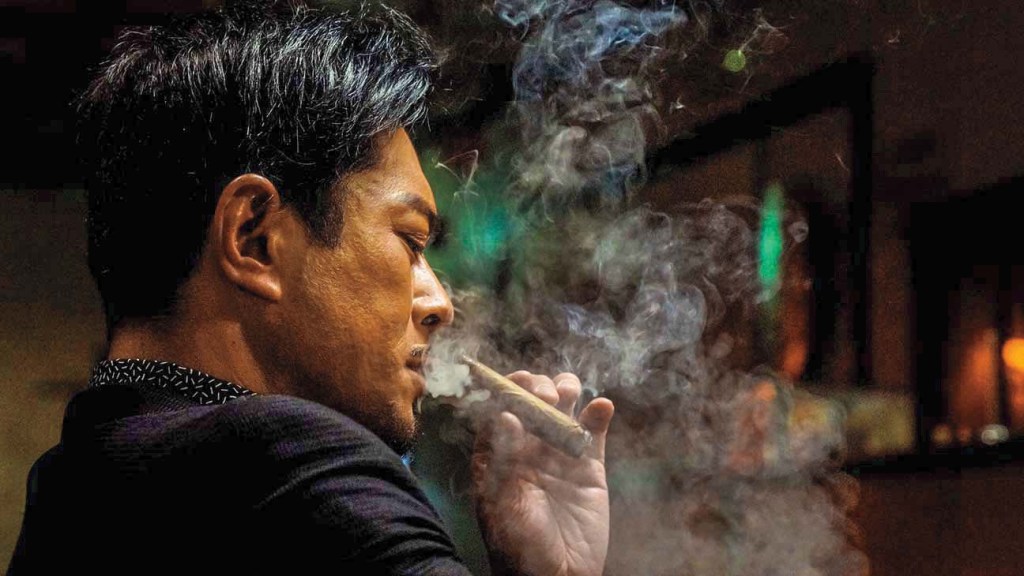 Indeed, as Hong Kong itself is being torn apart by the question of China’s role in its affairs, the local film industry is dealing with the same issue. It might be international news that LeBron James or the NBA are seen to be appeasing China in exchange for access to its massive market, but insiders say studios and big-name filmmakers from Hong Kong have been doing this for more than a decade.

“Studios don’t care about Hong Kong society,” one veteran producer told THR when asked if Hong Kong studios and established filmmakers might consider making films for the local market. “They care about making money at the box office. Experienced writers are mostly in their 60s. If you tell them to make films for Hong Kong, they’d ask, ‘Why not make movies for China instead?’ Most Hong Kong filmmakers started their careers in commercial films; their values can’t be easily changed.”

More importantly, taking any kind of position — or even merely commenting on — the political tensions between Hong Kong and China has been carefully avoided by the film sector. Local filmmakers have made public statements about the political situation only as a group, under the protection of guilds. Industry insiders contacted by THR for this report either refused to comment or requested anonymity.

“The problem with the Hong Kong film industry is, the studios and the above-the-line people are pro-China, but 90 percent of the below-the-line crews support the protests,” says local director Amos Why (Dot 2 Dot), who has insisted on working outside the studio system and seeks independent financing to ensure total creative control.

Meanwhile, local filmmakers see a cautionary tale in the case of Heiward Mak, director and writer of Media Asia September release Fagara, a story about three sisters separately raised in Hong Kong, Taiwan and China, produced by celebrated auteur Ann Hui and starring longtime Johnnie To collaborator Sammi Cheng. Mak faced intense backlash in China after posting on social media that Hong Kong police violated international humanitarian law when they blocked medical aid for injured protesters. As Fagara bowed in Hong Kong and China, her posts were used as grounds for attack on Chinese social media, where she was accused of being an “agent of Hong Kong secession.” She also was allegedly the victim of death threats. This apparently took its toll on Fagara’s box office: Despite its high-profile cast and positive reviews, the film ran in China for just one week amid calls for a boycott and took in only $258,000. It also grossed a modest $1 million in Hong Kong. Mak could not be reached for comment.

Hong Kong cinema in the past few years had received a jolt of creative energy thanks to a new generation of filmmakers that emerged as part of the government-launched First Feature Film Initiative, which was created in 2013 to help foster local talent. But because these younger filmmakers tend to focus on social ills — income inequality, political oppression, alienation — they have largely been ignored by Hong Kong’s filmmaking establishment. Says Cora Yim, senior vp at Hong Kong-based Fox Channels, “We need stories that are heartwarming and spread positive energy to give hope to the young people.”

Not everyone agrees. Wong Chun, whose 2017 directorial debut, Mad World, examined a young Hong Konger’s battle with mental illness, says this new generation of filmmakers should continue to have the courage to question the forces now shaping the future of Hong Kong.

“Hong Kong cinema has its uniqueness; the question is whether its characteristics are still competitive in the international market,” he says. “Contemporary filmmakers should take the initiative and be bold to develop and establish new Hong Kong characteristics, not only in the production and craft but also in the content, context and aesthetics.”

This story first appeared in The Hollywood Reporter‘s Nov. 7 daily issue at the American Film Market.